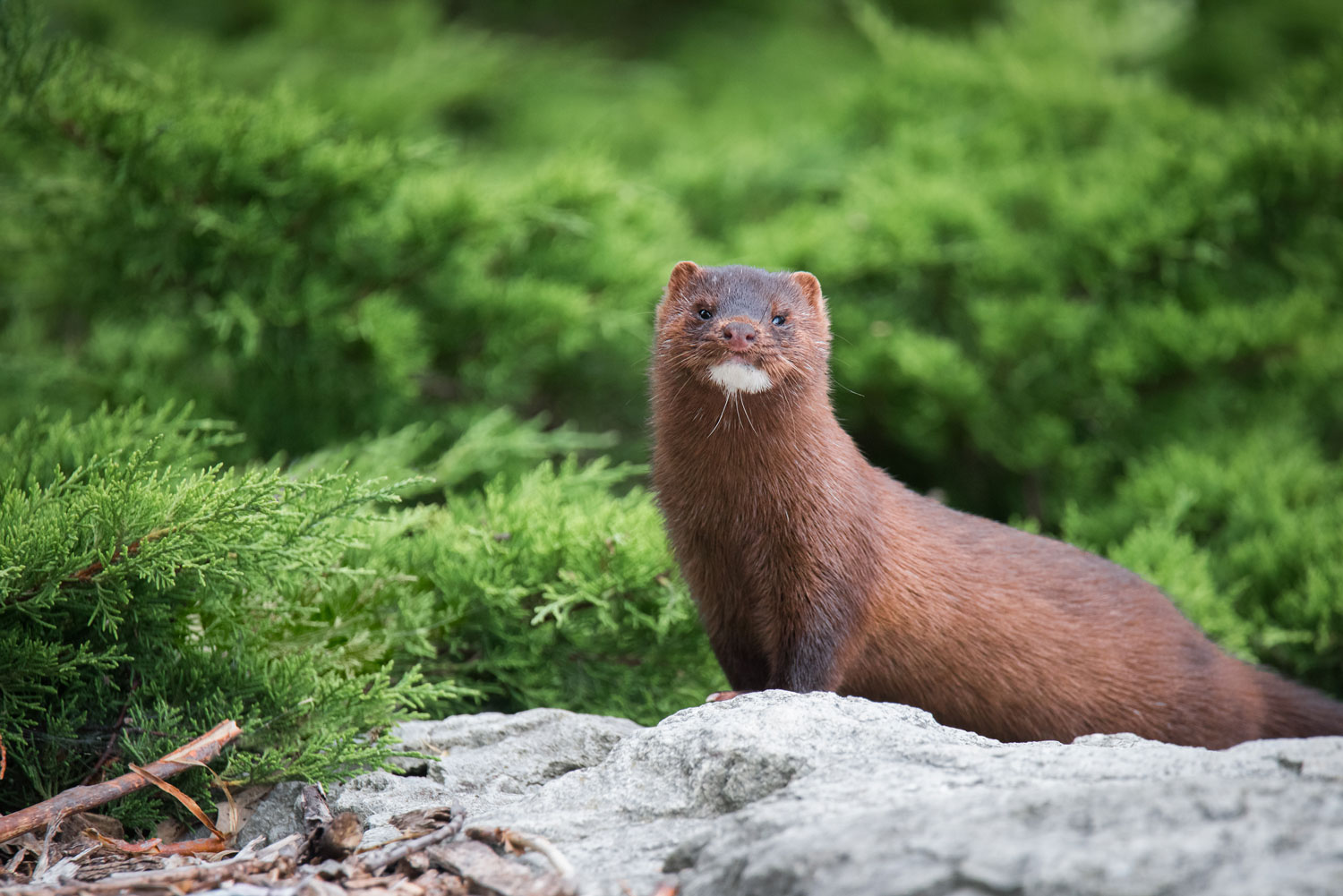 Minks live everywhere in Illinois, but many of us have never seen one in its native habitat.

That's because these creatures are mainly nocturnal, most active under the cover of darkness, according to the Illinois Department of Natural Resources. Minks are also solitary, living alone except when raising their babies.

Although these quiet creatures may seem docile and harmless, they are actually quite ferocious and aggressive, easily able to hunt animals larger than themselves. They will even fight other minks, particularly in areas where populations are high, IDNR reports.

In Illinois, minks remain common, but they are less populous than they were a century ago because of habitat loss caused by development, wetland drainage and stream channelization, IDNR reports. Learn more about these creatures below.

The official name for this animal is the American mink, paying tribute to North America as its native range. A member of the weasel family, the animal most closely related to minks are the now-extinct sea mink, which was hunted to extinction. The European mink is also a member of the weasel family. The two mink species are similar in appearance, although they are not as closely related as once thought.

Minks are related to weasels, and they look the part. They have long, slender bodies with short legs and pointy faces. Minks range from about 16 inches to 24 inches long, with males longer than females, according to the Illinois Department of Natural Resources. Their tails are typically about 7 inches to 9 inches long, making them appear even larger. They typically weigh between 1 1/2 pounds and 3 pounds.

Minks are covered in dark brown fur, save for a white patch on their chins. Their fur coat is thick but soft, containing oily guard hairs that make it waterproof, according to the University of Michigan's Museum of Zoology. They have partially webbed feet, making them adept at moving both on land and in water.

Minks live across almost the entire United States, found in at least part of every state except Arizona, according to the University of Michigan's Museum of Zoology. Minks live in every county of Illinois, but are most numerous in the northeastern and southern third of the state, as well as in the counties that border the Mississippi River, IDNR reports.

These animals need a permanent source of water, and they prefer wooded areas. Because of this, they most often live in forested areas near lakes, ponds, rivers, streams and marshes. Minks spend almost all their time within 100 feet of the water's edge, although they sometimes move from one body of water to another, according to IDNR.

For shelter, they build small dens, about 1 foot in diameter. The dens sometimes have multiple entrances, and they are often lined with grasses, leaves, feathers or fur.

Minks are carnivores, but their diet varies by season. In the winter, they primarily hunt small mammals such as rabbits, mice, shrews and muskrats, according to the University of Michigan's Museum of Zoology. During the warmer months, they eat a lot of crayfish and small frogs as well as small mammals. From time to time, they also rely on fish, ducks and other types of waterfowl for food.

These animals are aggressive and fierce hunters, easily capable of killing animals much larger than themselves, according to the Illinois Department of Natural Resources. Minks often eat their prey where they catch it, but larger animals like rabbits or muskrats are often taken back to their dens where they can store what's left for the future.

Minks are an important part of their ecosystem because they are both predator and prey, according to the Missouri Department of Conservation. They hunt a variety of animals throughout the year, from mammals to fish and other aquatic species and even some birds, helping keeping populations in check. They don't have a lot of natural predators, but they are hunted by coyotes and great horned owls. 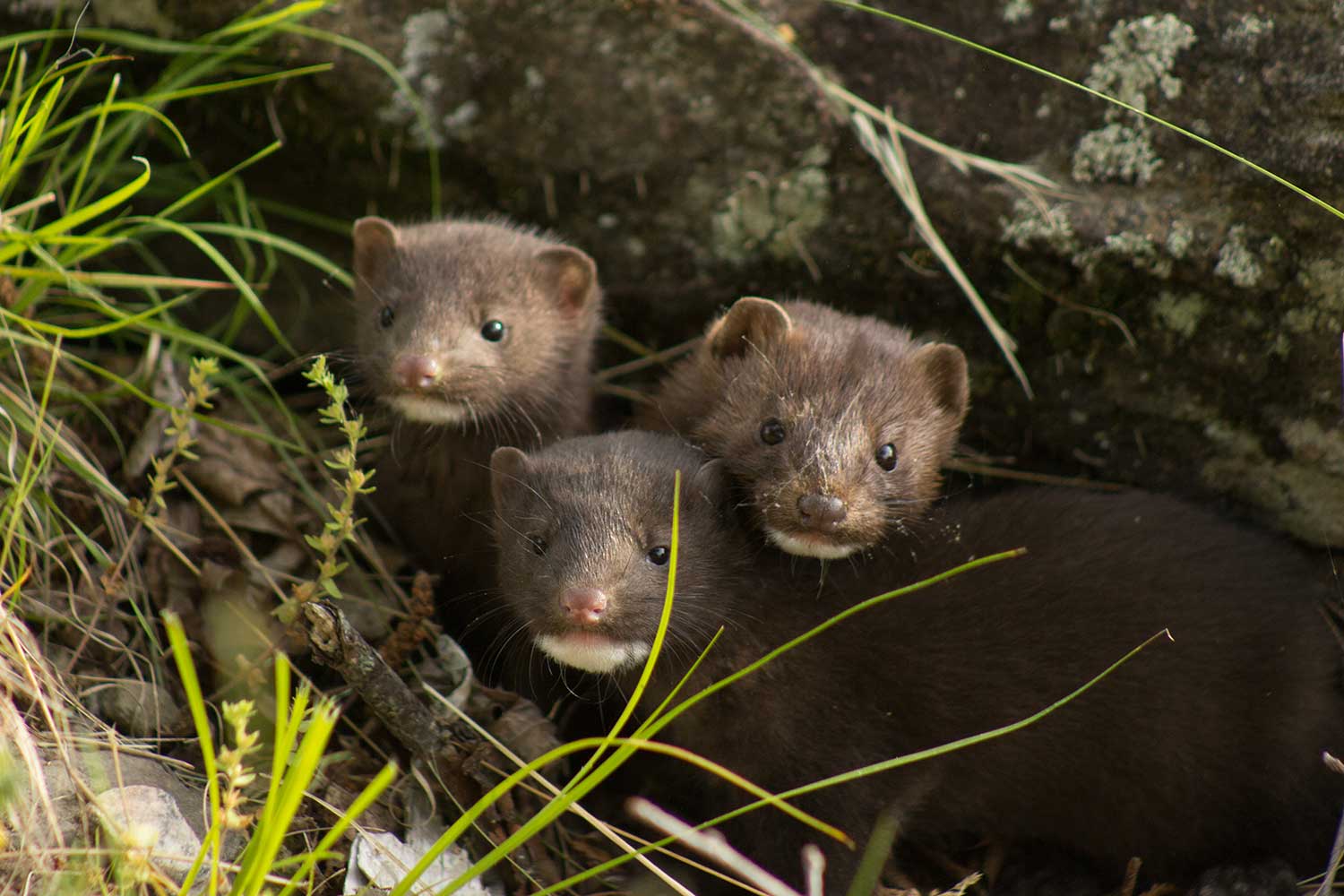 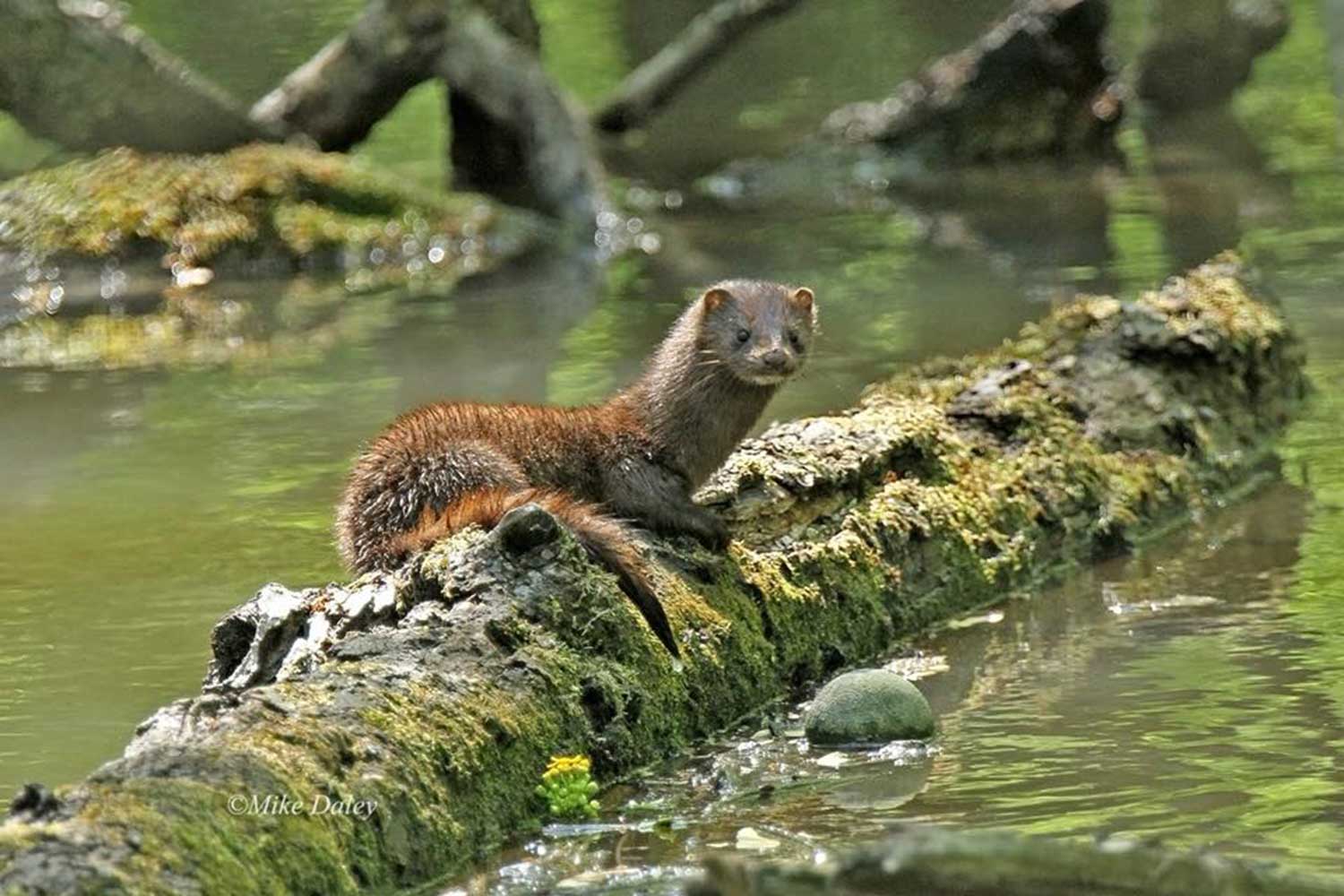 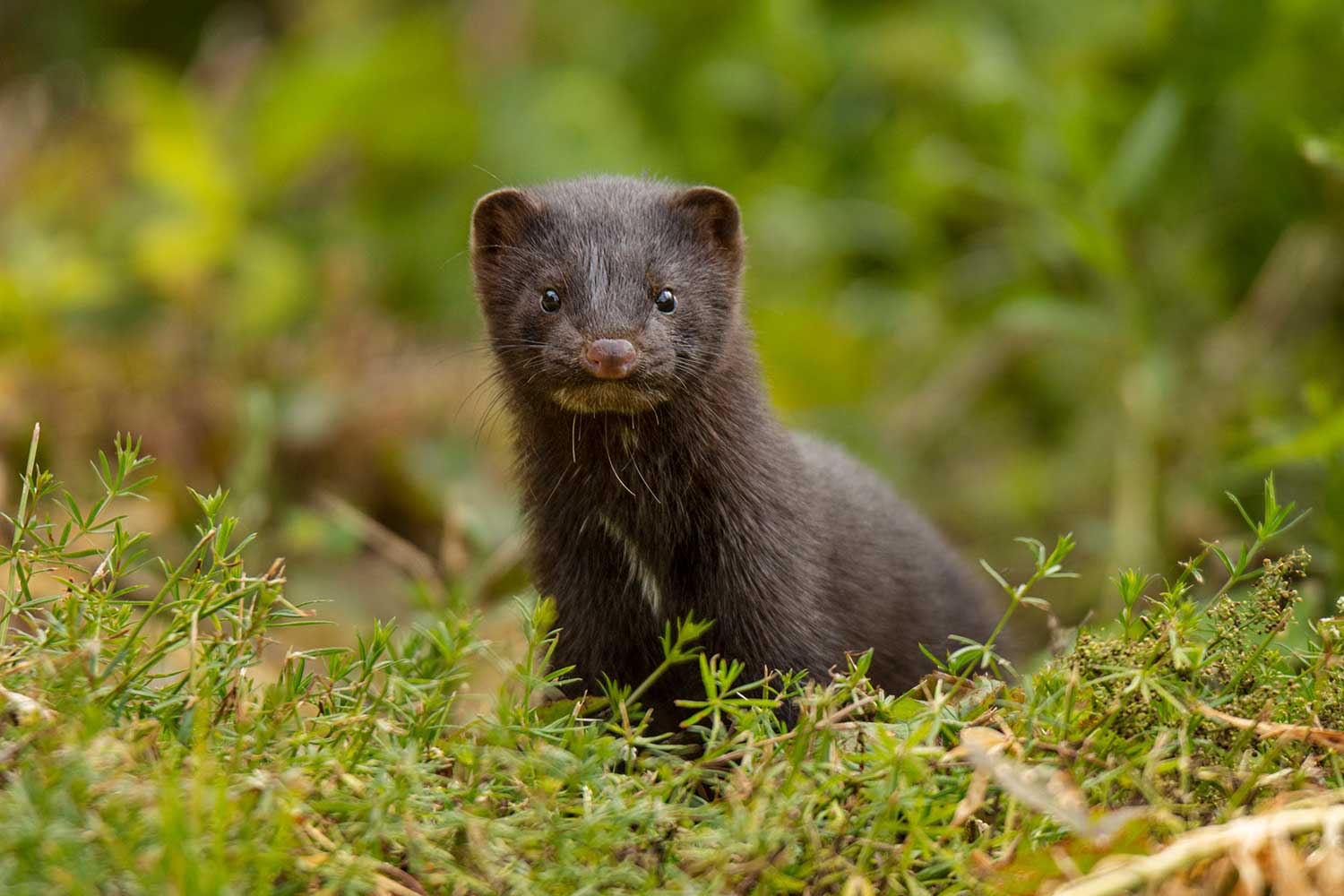 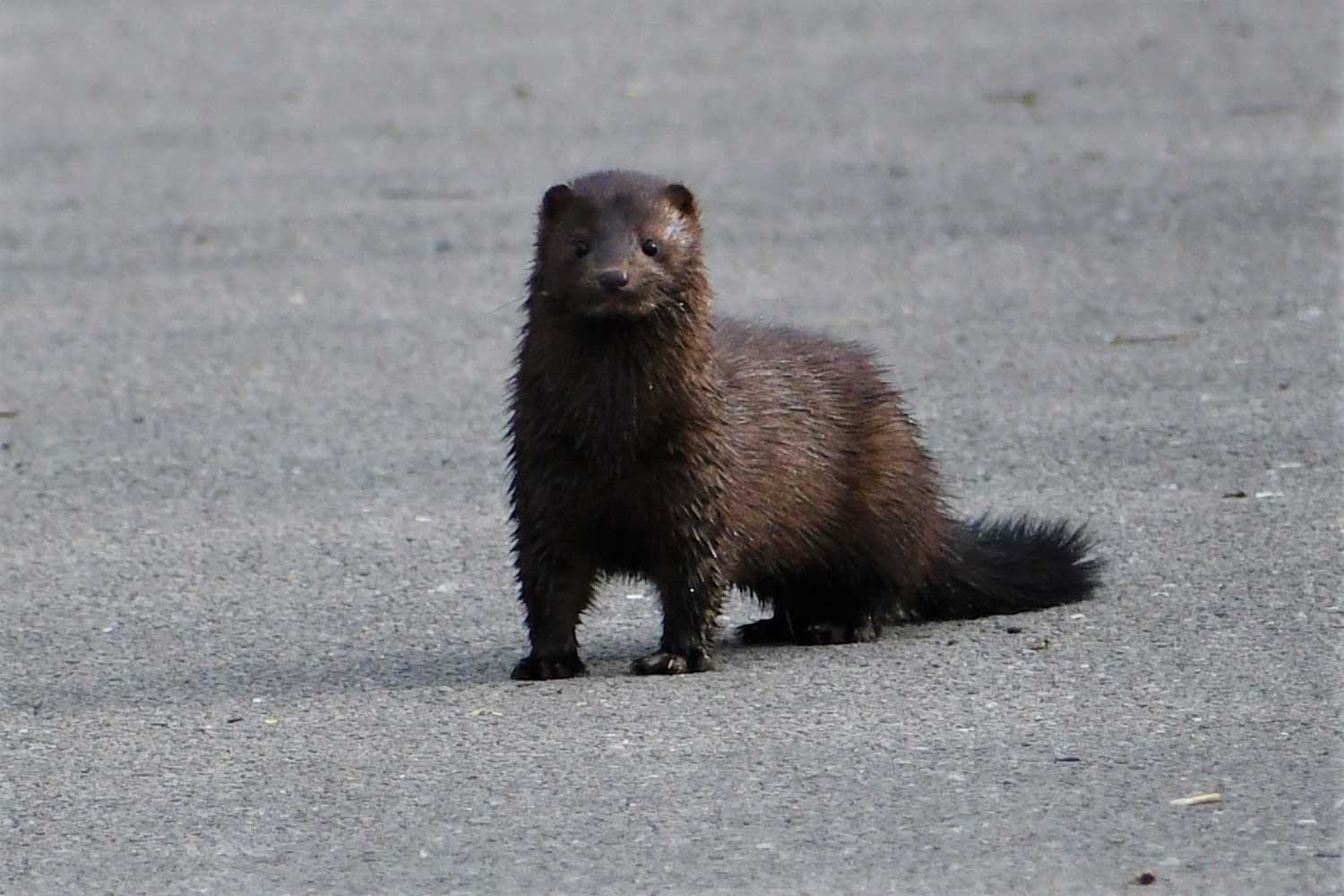 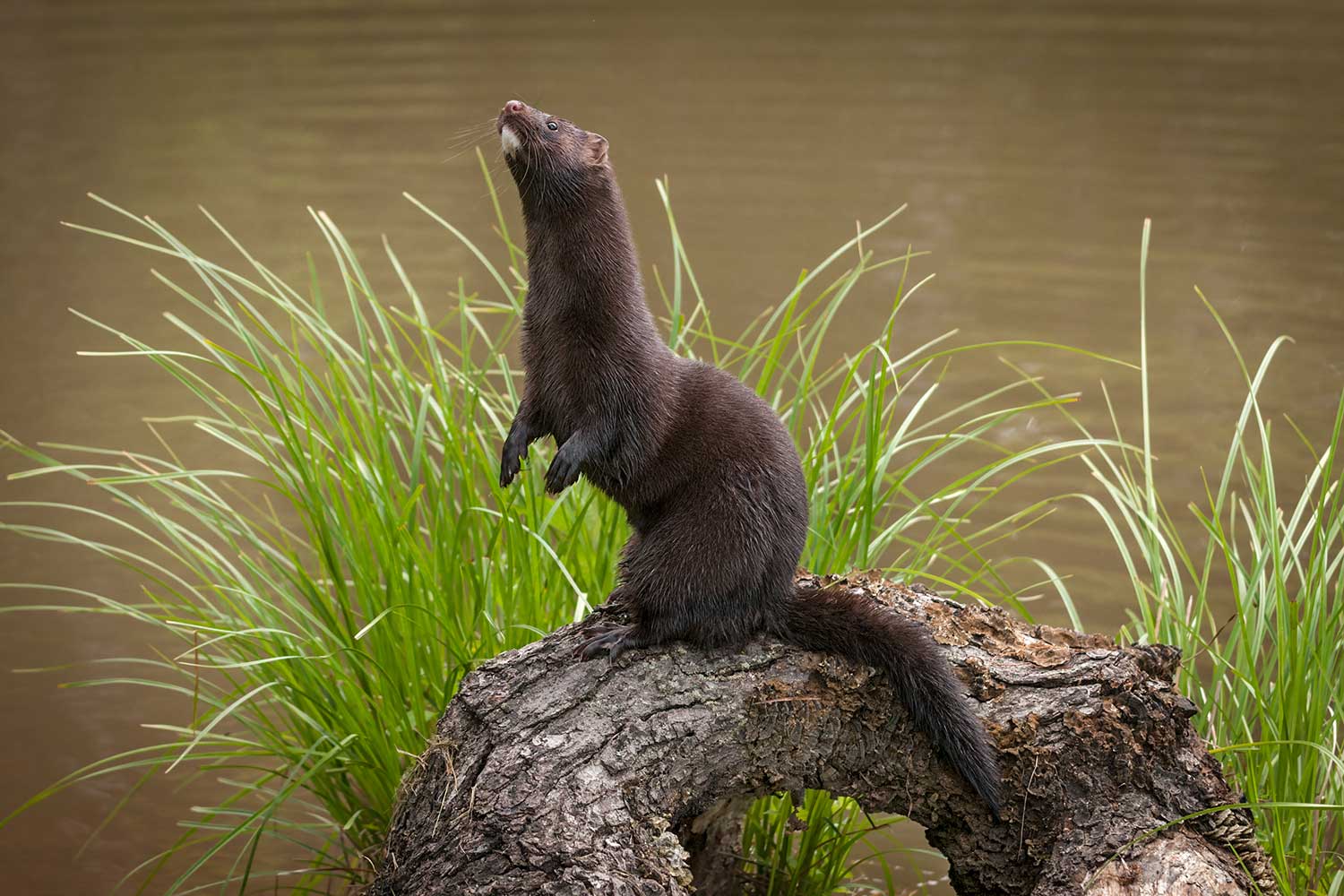 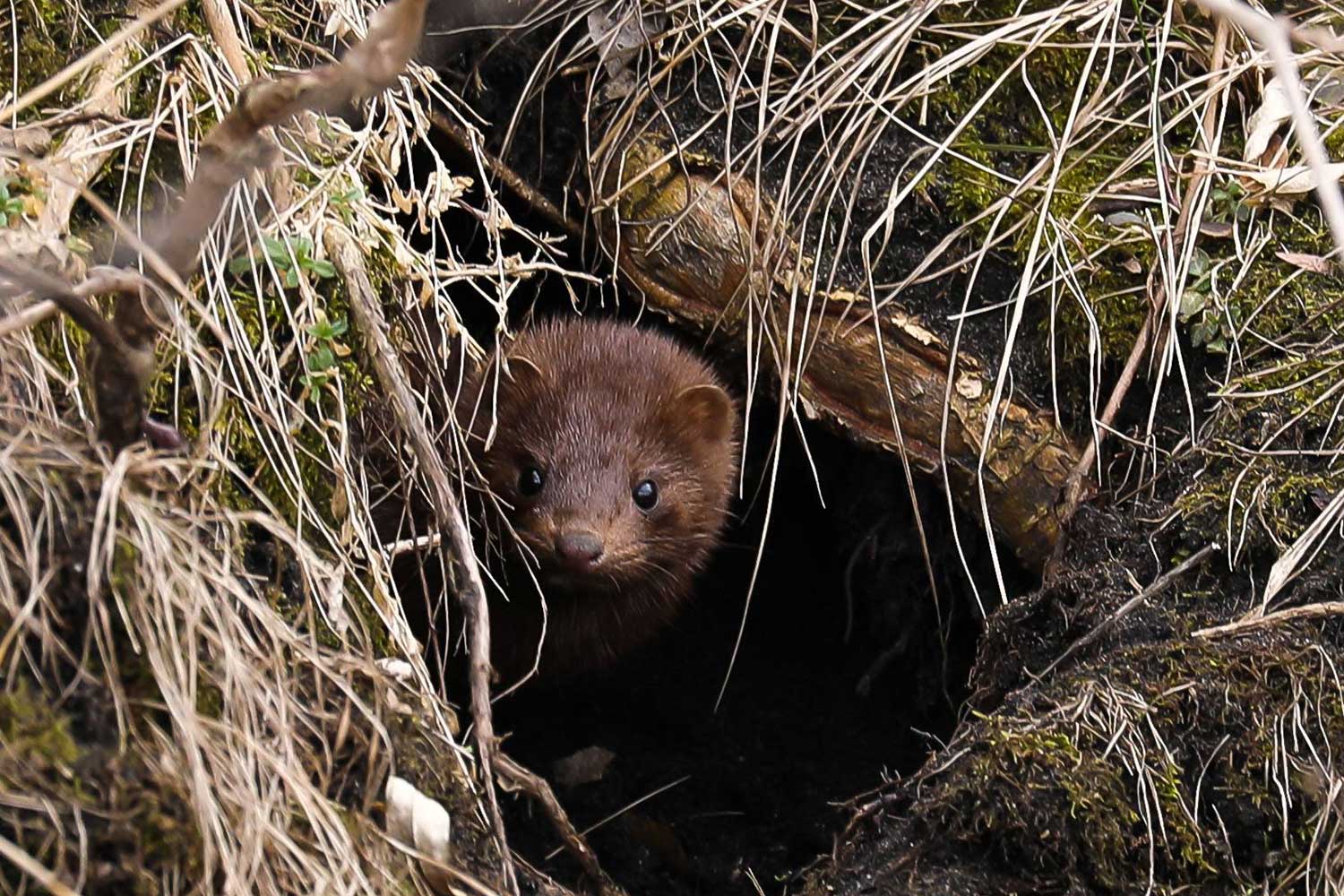