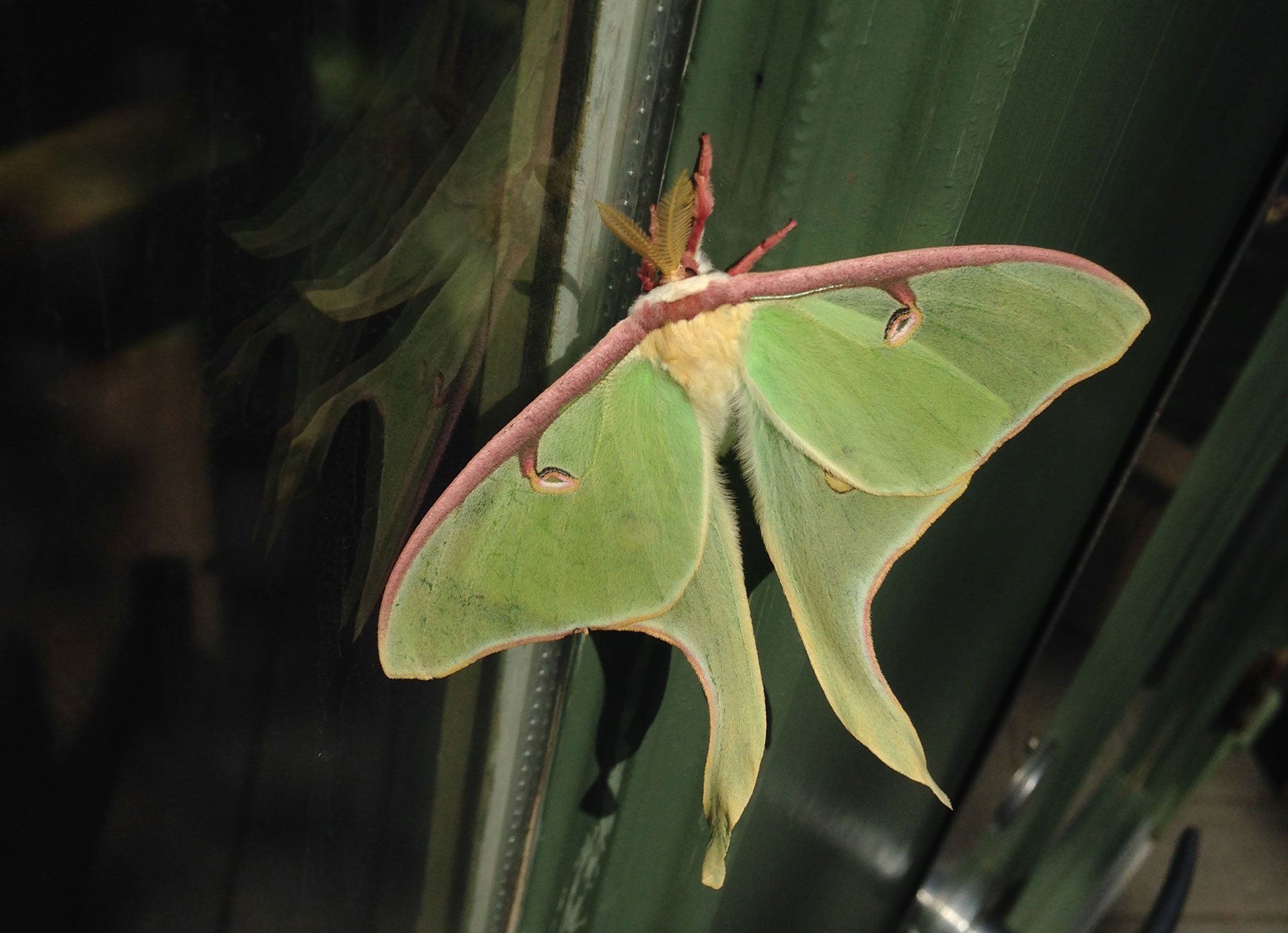 While butterflies are often noticed for their beauty, moths are not always as appreciated for their outward appearance. The luna moth, though, is an exception.

This large moth is often regarded as one of the most, if not the most, beautiful of the moths we see in the United States, and it's one of the few moths many people can identify on sight.

Like most moths, the luna moth is nocturnal and not usually seen during the day, according to the University of Michigan. They're attracted by light, so they're often spotted near street lights or lights outside of houses and buildings.

The luna moth is named for the signature spots on its wings, according to the University of Florida. These spots — four in all, one on each forewing and one on each hindwing — look like moons and, since "luna" means moon, it led to the name luna moth. It is sometimes mistakenly called the lunar moth.

The luna moth is one of the easiest moths to identify, both because of its size and colorings. The moths have large wingspans, typically ranging between 3 inches and 41/2 inches, the University of Michigan reports.

Their pale green color, along with their moon-like markings on each wing, also makes them easy to distinguish. Their wings are almost entirely green, except for the spots and a purplish-brown band that follows the outside of the wing.

Luna moths are also known for their long, curved tails that extend from their hindwings. These tails add to their beauty, but also serve an important purpose. They spin the tails around in a circular motion to help confuse potential predators, such as bats, National Geographic reports. The spinning motion disorients these predators and allows the moth to fly away to safety.

Both the male and female luna moth have the same color markings. The female moth's markings are slightly larger than the males, according to the Texas A&M University Forest Service.

Luna moths can be found across much of the United States and southern Canada. In the U.S., their range extends from Maine in the north, Florida in the south and as far west as North Dakota and Texas, the University of Florida reports. These moths prefer deciduous forested areas, because the caterpillar predecessors of the luna moths eat the foliage of many of these types of trees.

Luna moths don't eat at all, according to National Geographic. They have no mouths and no digestive systems, so they have no way to eat or digest any food. Because they do not eat, the moths only live for about a week.

Before they become moths, the caterpillars of the species eat leaves from a variety of trees, including hickory, pecan, persimmon, sumac, sweet gum and walnut trees.