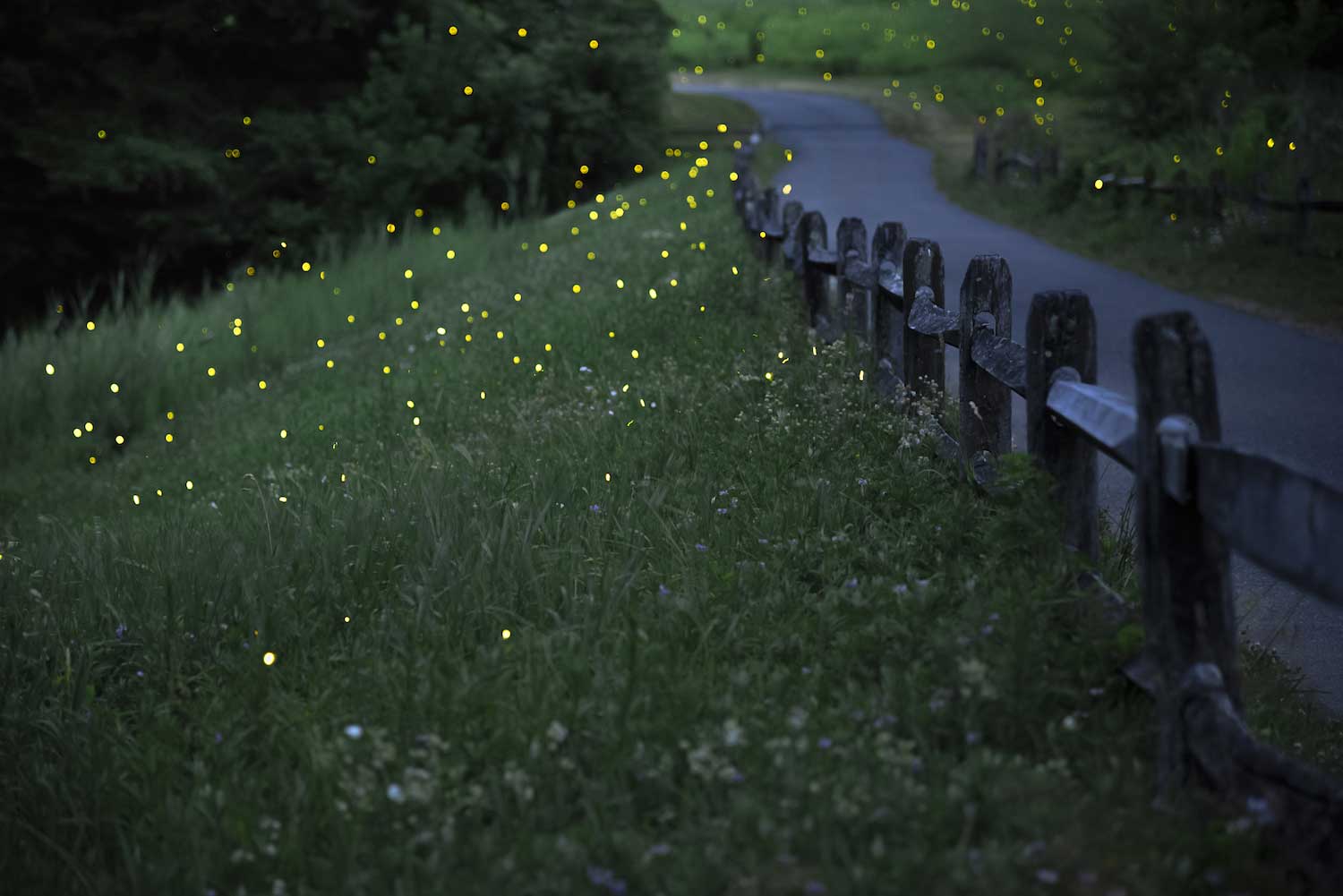 A familiar flash of light in your backyard on a summer evening can mean only one thing: lightning bug season.

These bugs are a summertime rite of passage for kids, who have been chasing and catching the insects for generations. Today, though, their population appears to be declining, putting that rite at risk for future generations.

Why and to what extent lightning bug populations are declining isn't entirely understood, but light pollution is thought to play a role, as is habitat loss, Smithsonian Magazine reports. Another contributing factor is that the chemical produced by the bugs that lets them light up is used in forensic tests, food safety testing and other scientific research, and while synthetic versions of the chemical are available, some companies still harvest the insects to collect the chemical.

Lightning bugs' bioluminescence — that is, their ability to light up — serves an important purpose. All that glowing helps them find a mate, according to the Smithsonian. Each species of lightning bug has its own unique flashing pattern, and emitting their light sequence helps them find insects of the same species to mate with.

While these insects can be found all over the United States — and the world — what you call them may have to do with where you live. Here in Illinois and elsewhere in the Midwest, lightning bug is the most common term, but firefly is used most often in the western United States, Mental Floss reports. And a great many people — about 40 percent of Americans — use the two terms interchangeably.

No matter what you call them, these insects are a fascinating addition to the summer landscape. Here's five more interesting facts about them.

Fireflies, lightning bugs — no matter what you call them, these insects aren't flies at all. They are actually beetles, which is the largest group of animals on Earth, with more than 350,000 known species in the world, according to the Smithsonian.

Of the hundreds of thousands of beetle species in the world, more than 2,000 of them are fireflies. Lightning bugs live on every continent except Antarctica, but only about 160 lightning bug species live in the United States, the Xerces Society reports. Florida and Georgia have the most firefly diversity, with more than 50 species living in each state.

Their light is the most efficient in the world

The light produced by lightning bugs is the most efficient kind of light produced in the world, according to Smithsonian Magazine. Nearly 100% of the energy produced by the chemical reaction that causes them to light up is emitted in the form of light.

They don't all produce light

It's lucky for us here in Illinois that our lightning bugs light up, because that isn't the case everywhere. In fact, although lightning bugs live in all the 48 contiguous states, fireflies that light up are very rare west of the Rocky Mountains, the Xerces Society reports.

Firefly species that don't light up are typically not nocturnal. Instead, they are active during the day and use pheromones instead of light to attract a mate, according to Scientific American. Some species use both light and pheromones to attract mates.

Some fireflies can coordinate their light

Among the lightning bugs that do light up, some have the ability to synchronize their flashing, creating a coordinated light show that can be quite a sight to see.

Only one kind of lighting bug in the United States, a species called Photinus carolinus, can synchronize its light patterns. One of the most popular places to see these synchronous fireflies is Great Smoky Mountain National Park in Tennessee, according to the National Park Service.

The synchronous fireflies create such a spectacular display that the national park holds an eight-night event each year, allowing a limited number of people into the park each night to watch the light show in action. Tickets are so popular that a lottery is held to randomly select those who will be able to attend.

The light show at Great Smoky Mountain National Park happens each spring, but not at the same time every year. Scientists have not yet determined why the mating season varies from year to year, but they believe it has to do with temperature and soil moisture, according to the park service. The synchronous fireflies usually put on their display for about two weeks, and it usually occurs between the third week of May and the third week of June.

It's OK to catch them (if you use care)

Catching lightning bugs and stashing them away in a jar or container is a childhood rite of passage, and it still can be for generations to come if you take some simple precautions while catching them. First, be gentle when catching these bugs. The safest and easiest way to catch them is with a net. Once in the net, put a jar or another clear container underneath so the fireflies can crawl inside, Firefly Conservation & Research advises.

Make sure the lid of your jar or container has been pierced with holes to allow air in. And there's one more important step: Make sure to add a moist paper towel or a damp unbleached coffee filter inside the container, Firefly Conservation & Research advises. This will keep the air humid and allow the lightning bugs to breathe without drying out. You might also want to include fresh fruit like apple slices in your container as well. This will provide a food source for the insects, as they will drink juice from the fruit.

It can be hard to gently get lightning bugs into a jar after catching them, so it may be easier to work with a partner. Don't keep them for more than a day, and make sure to release them at night, when the bugs are naturally active, according to Firefly Conservation & Research.