Snakes aren't the only legless reptiles slithering across Will County. Meet the slender glass lizard 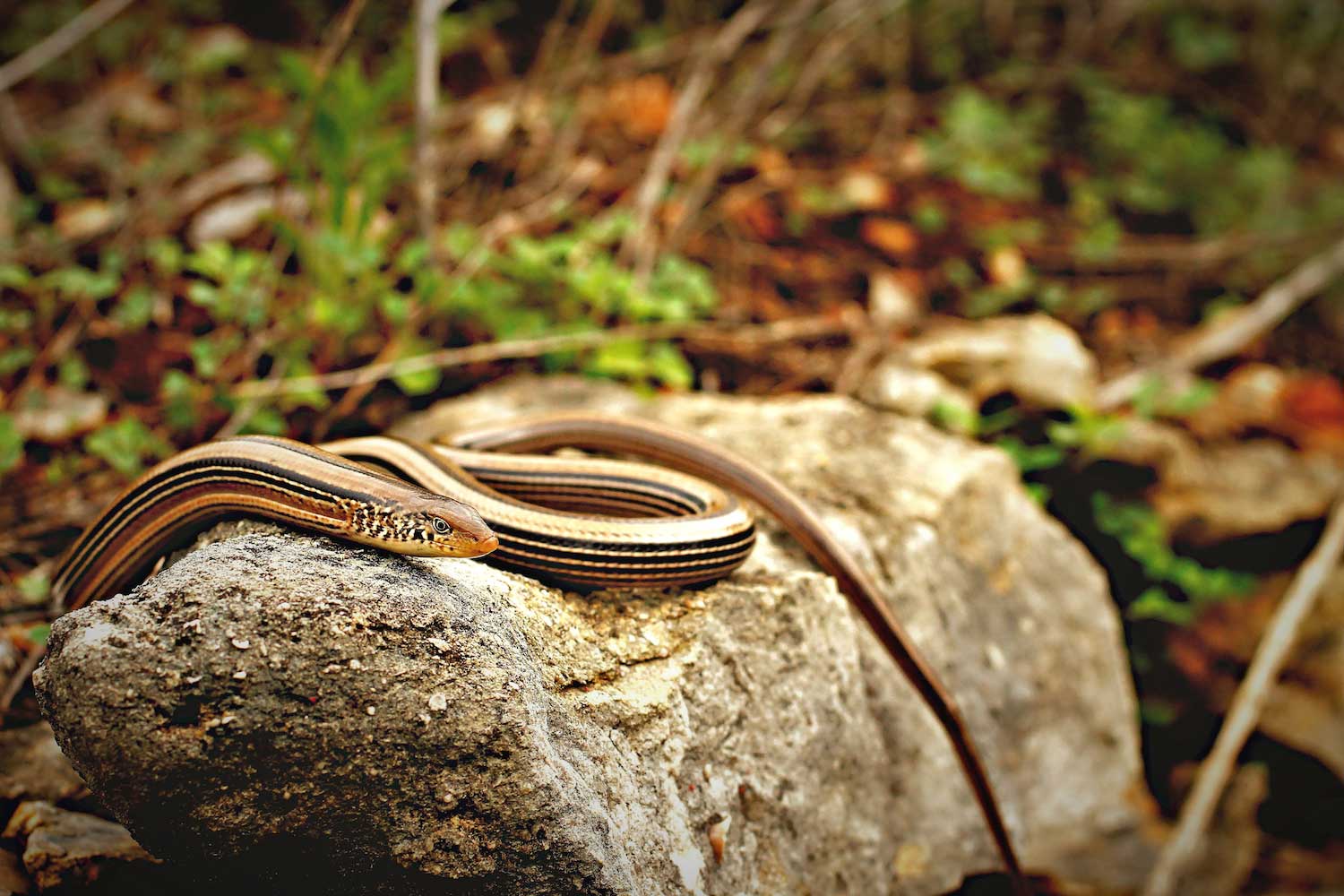 If you think about legless reptiles, snakes are probably the first and only thing to come to mind, but there are other legless reptiles slithering their way across the land, including one right here in Will County.

The slender glass lizard is one of two lizards living in Will County — the other being the six-lined racerunner — but no one would blame you if you confused the glass lizard for a snake. It is legless, after all, and gets around just like a snake does.

So if it looks like a snake and acts like a snake, why isn't the slender glass lizard considered a snake? While it is limbless like a snake, it is considered a lizard instead of a snake because it has movable eyelids and external ear openings, according to the Illinois Natural History Survey. Their jaws also aren't flexible like snakes' are.

Slender glass lizards are typically between 22 inches and 42 inches long, and they have deep grooves that run along both sides of their thin bodies, according to the Illinois Department of Natural Resources. They are typically brown or tan in color, with darker-colored stripes running the lengths of their bodies.

They are called glass lizards because they have very long, fragile tails that can easily break off, IDNR reports. They can also detach their tails to evade capture. The tails will regrow, but not as long as the original tail was. And the new tail will always end in a sharp point.

This lizard isn't often seen in Illinois, although it is known to inhabit some parts of the state, including Will County, according to the Illinois Natural History Survey. Although it's only rarely seen, it is not listed as endangered or threatened in Illinois. It is, however, listed as a species in greatest need of conservation in the Illinois Wildlife Action Plan.

Where they are found, slender glass lizards typically live in habitats with loose, sandy soils, particularly sand prairies, sandy oak savannas and woodland edges, according to IDNR. In the forest preserves, the slender glass lizard has been documented in a few preserves that meet its habitat needs.

Slender glass lizards mostly eat insects like beetles, caterpillars, cicadas, cockroaches, crickets and grasshoppers, but they also eat spiders, snails, small rodents, small birds and even other lizards, Animal Diversity Web reports. They are preyed on by many animals, including coyotes, foxes, opossums, raccoons and skunks. Their eggs are also eaten by other animals, namely small rodents.

The lizards themselves will also sometimes consume their own eggs if they are not healthy, according to Animal Diversity Web. Females have one clutch a year, laying between five and 16 eggs. She will stay with them until they hatch, but the mother does not provide any parental care or support after they hatch.