Invasion of the jumping worms: They're a big threat to soil quality 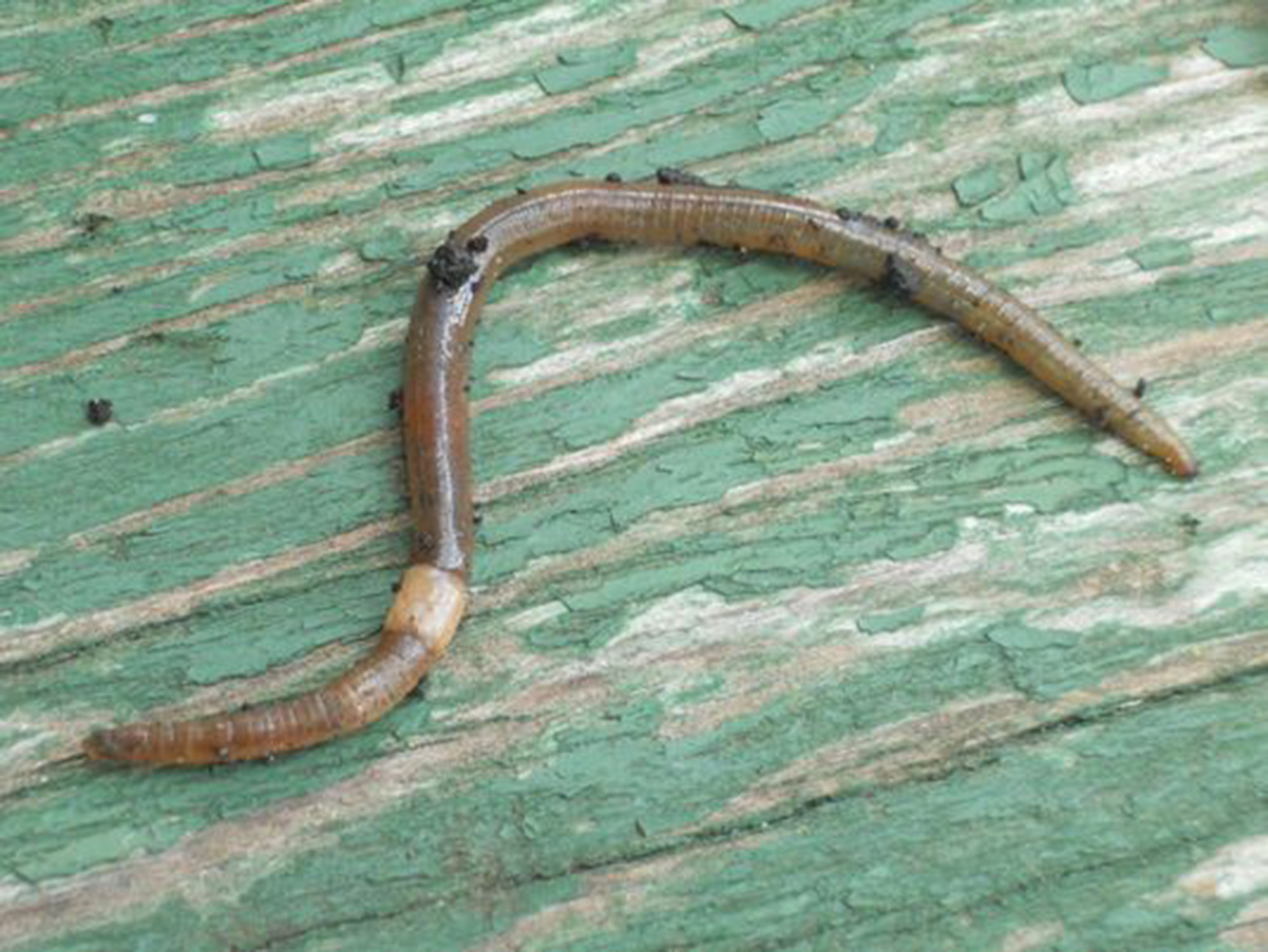 Invasion of the jumping worms sounds like the latest science fiction or horror movie, but the truth is this invasion is a work of non-fiction occurring across much of the United States.

Jumping worms aren't your average earthworms. They are bigger than typical earthworms, and they grow more quickly and reproduce more prolifically, according to the Wisconsin Department of Natural Resources. They also consume more nutrients than other worms, and once they become established in an area they harm the soil quality, turning it into dry pellets similar to coffee grounds in texture.

The worms aren't native to the Unites States. They come from eastern Asia, but they were first identified in northern Illinois in 2015, reports the University of Illinois Extension. As of September 2021, the worms have been identified in 35 Illinois counties, including Will County and all the counties in the Chicago area. Their history in the United States dates much further back than the past decade, however.

The worms likely arrived in the United States late in the 19th century, probably with shipments of imported plants and agricultural and horticultural materials, according to the Wisconsin Department of Natural Resources. Today, these problematic worms have become widespread across much of the midwestern, northeastern and southeastern United States.

No earthworms are native to the northern parts of the country, the terrain of which was striped down to the bedrock by glaciers. The earthworms we are most familiar with, the ones we see on sidewalks after it rains and use to bait fishing hooks, are native to Europe, arriving here with early settlers, the Wisconsin Department of Natural Resources reports.

These European earthworms aren't destructive like the jumping worms. Jumping worms alter the soil in ways that make it harder for native plants to thrive, which often means invasive plants can easily take root in these areas, the Minnesota Department of Natural Resources reports. They can change the soil composition of the forest floor and in turn alter the ability of the forest to support the plant and animal life it once did.

So how do you know if the worms you see in your soil are common European earthworms or the more destructive jumping worms? If you can get a good look at the worm, look for these trademark characteristics, according to the University of Illinois Extension.

Jumping worms, which are also called crazy worms, snake worms and Alabama jumpers, are typically found in the top 3 inches to 4 inches of soil or in leaf litter atop the soil. They eat voraciously, consuming large quantities of organic material, according to the university extension. This consumption of organic material is what alters the soil quality and texture.

These worms are most often seen in late summer or early fall, when they are fully mature, according to the Wisconsin Department of Natural Resources. While typical earthworms only reproduce once each year, jumping worms can complete two generations in a year. Their cocoons can survive the cold winter, and because they are small and look like bits of dirt, they can be unknowingly moved with dirt, soil and mulch or even in potted plants.

You can do your part to prevent the further spread of these destructive worms by limiting the movement of soil and mulch, always cleaning gardening and landscaping equipment after use and inspecting plants before planting them in your yard, the university extension advises.