These wasps eat their hosts from the inside out 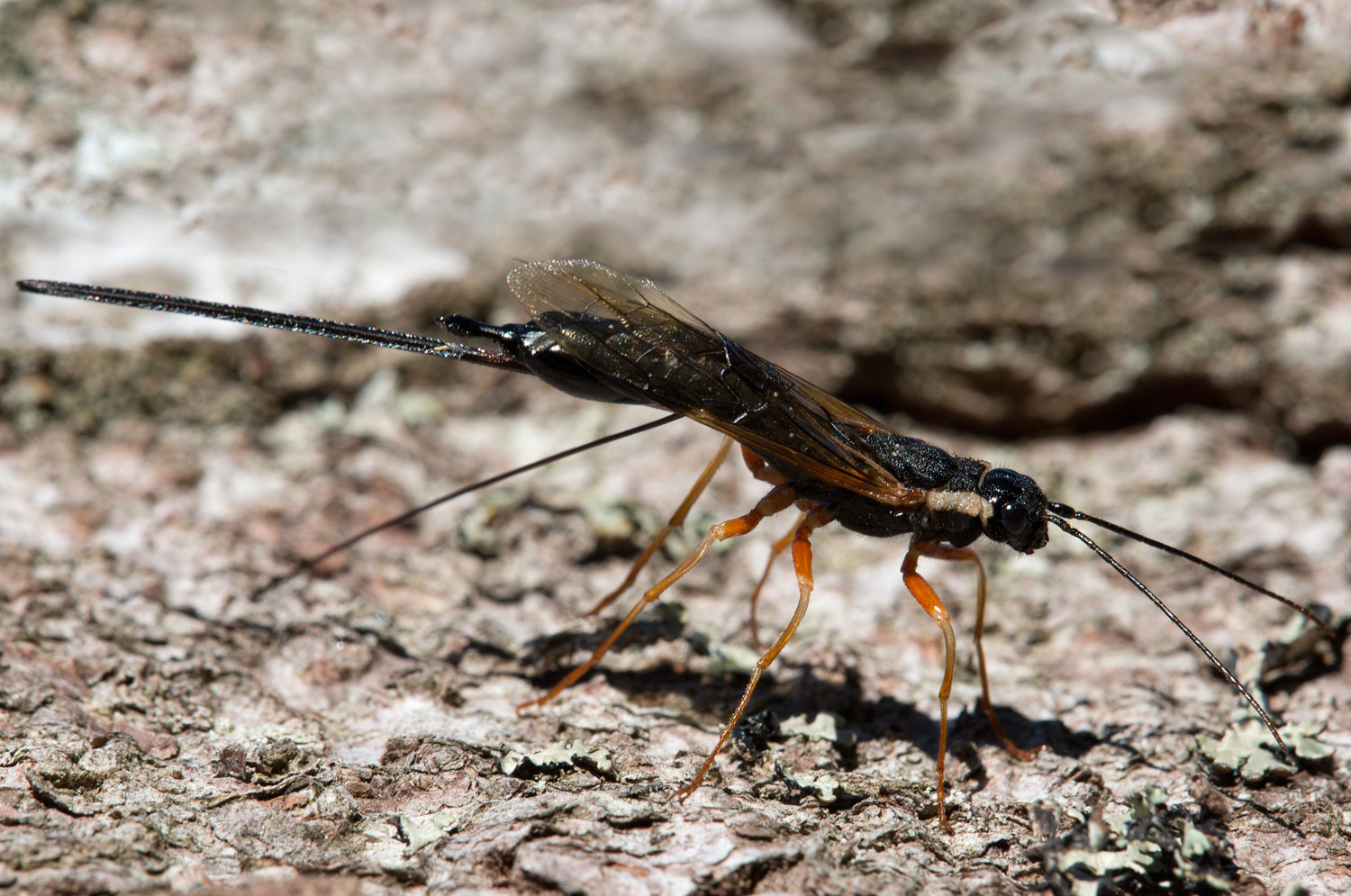 One of the more imposing-looking insects we see in nature isn't really much of a risk to us at all.

Ichneumon wasps are big, and they look even bigger and more dangerous because of what many people think is a large stinger. But that scary-looking appendage isn't a stinger at all. It's an ovipositor, which the female wasps use to lay eggs.

How these wasps lay their eggs is one of the most interesting things about them. Ichneumon wasps are parasitic. The females use their long ovipositors to lay eggs, and they almost always lay their eggs in the body of another insect, most often caterpillars, pupa or grubs, according to the Missouri Department of Conservation.

Once the eggs hatch, they then consume the body of the host insect before entering the pupal stage and starting the life cycle once more with the next generation of wasps.

The name ichneumon may seem unusual and hard to pronounce. The term derives from Greek words that mean "footprint" and "tracker," according to the Missouri Department of Conservation.

Despite their unusual name, ichneumon wasps are very common, and they are the largest family of animals in the world, with more than 60,000 to 100,000 species living in many different habitats and climates, according to the Missouri Department of Conservation. The United States is home to more than 5,000 species of these wasps.

Ichneumon wasps can vary greatly in color, from yellow to brown to black and many shades in between, and the different species can be hard to differentiate from one another, according to the University of Maryland Extension. Size can also vary greatly, with the smallest only about one-tenth of an inch long and the largest about 3 inches long. Females can look much larger because their ovipositors can be longer than their bodies. And while most ichneumon species do not sting, some do, although they do not inject venom like a bee or wasp does.

The female giant ichneumon wasps lay their eggs in horntail wasps, which live in the wood of dead, rotting trees, according to Wisconsin Public Radio. Because the giant ichneumons rely on the horntail wasps for laying eggs, a good place to catch a glimpse of them is on and around trees that have died but are still standing.

Ichneumon wasps are considered beneficial to the environment because they are parasitic and help control the population of many of the insects they lag eggs in, according to the Missouri Department of Conservation. In some cases this is particularly helpful because some wasp species lay eggs in insects that damage crops, such as boll weevils and tomato hornworms.