Want to know if birds are on the move? Check the weather forecast 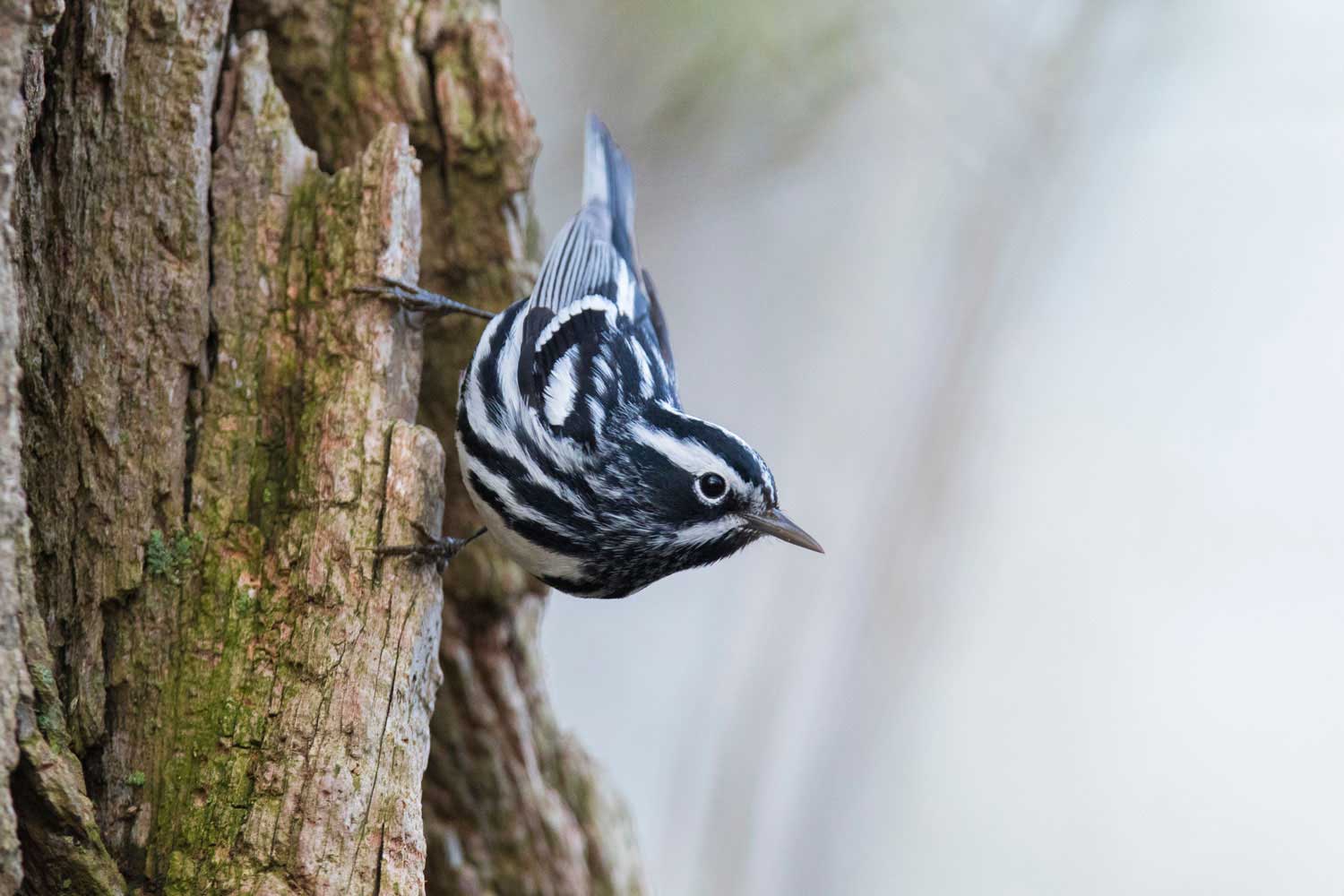 A black-and-white warbler. (Photo via Shutterstock)

You've probably seen news reports in the fall alerting the public that millions of birds will be migrating overhead that night, asking people to turn off unnecessary outdoor lights to help ensure safe passage to their breeding grounds. But why are these nights so predictable? And how does the weather influence birds' migratory patterns?

During the fall bird migration season, which can begin as early as June and last into December, birds are on the move every day, according to eBird. Peak migration season is August through October, and on some nights during this stretch, hundreds of millions of birds may be traveling overhead in a given night. Yes, that's right. Hundreds of millions of birds can be traveling overhead on a given night.

The weather is a big contributor to these influxes of migrating birds. In fact, many avid birders keep an eye on the weather forecast during peak migration season so they know when massive numbers of birds will be on the move. In particular, they are looking for cold fronts, which are a huge driver of bird migration, according to Audubon Great Lakes.

Cold fronts and storms go hand in hand, with storms typically preceding passage of a cold front, Audubon Great Lakes reports. When this happens, birds often stay put until the bad weather passes. A day or two later, the birds will typically depart in large numbers to take advantage of the strong north-to-south winds generated by the cold front.

You can check for these migratory influxes by following BirdCast, a birding website that gives nightly forecasts on how many birds are expected to take to the skies. The migration map uses color shading to predict how many birds will be migrating in different parts of the United States on a given night, incorporating knowledge of migratory patterns and radar data to create the forecast. 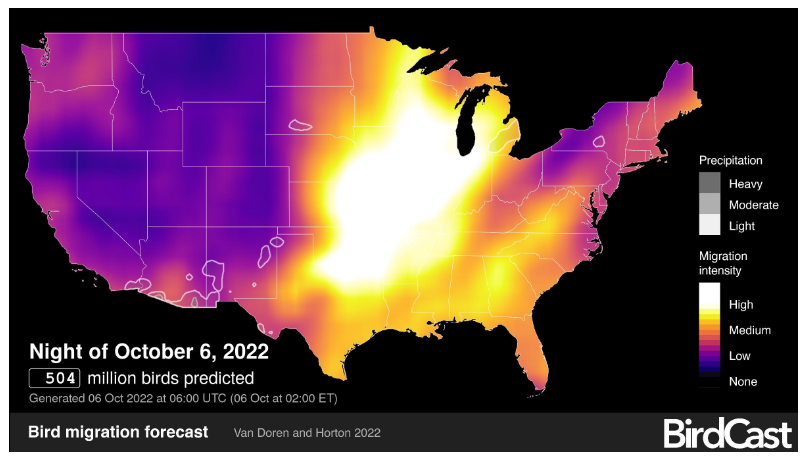 General migration patterns are predictable because factors such as changes in daylight, temperature and food supply trigger birds to begin their journeys, according to the Cornell Lab of Ornithology. However, these peak periods of migration are heavily influenced by weather.

Northern Illinois can be a good spot to see migratory songbirds like warblers and many species of migratory waterfowl because it is situated along the Mississippi Flyway, according to the American Bird Conservancy. The Mississippi Flyway is one of four flyways in North America that birds travel along on their migrations. Birds that migrate along this flyway travel back and forth between the Gulf of Mexico, Central America and South America in the south and the Great Lakes region and inland northeastern Canada in the north.

Occasionally, birders will spot a bird well off its typical migratory path during migration season, and this can also be because of the weather. Strong storms and strong wind systems can sometimes blow birds hundreds of miles off course, according to the National Audubon Society. These lost birds are called vagrants, and they can cause excitement in the birding community because they can provide a chance to see a bird far outside its normal range.

In recent years, vagrant birds have been spotted several times in and around some Will County preserves. Vagrant birds spotted at Whalon Lake include a yellow-crowned night heron, an American avocet, a black-legged kittiwake and a red-throated loon. Black-bellied whistling ducks have been reported at Monee Reservoir, and a Eurasian wigeon, great kiskadee and western tanager have been spotted near McKinley Woods.

Whether the birds are on their usual migratory path or have been blown off course, they can use a little assistance from humans during their arduous journeys. Hundreds of millions of birds die each year from flying into widows, many during migration season, according to the Audubon Society. One easy way you can help prevent these window strikes is by turning off unnecessary lights at night. Many birds migrate at night, and the lights from buildings can cause birds to become disoriented. Making your windows more visible to birds, either by adding decals, translucent tape or UV stickers to them, can also help reduce the likelihood of these birds strikes.