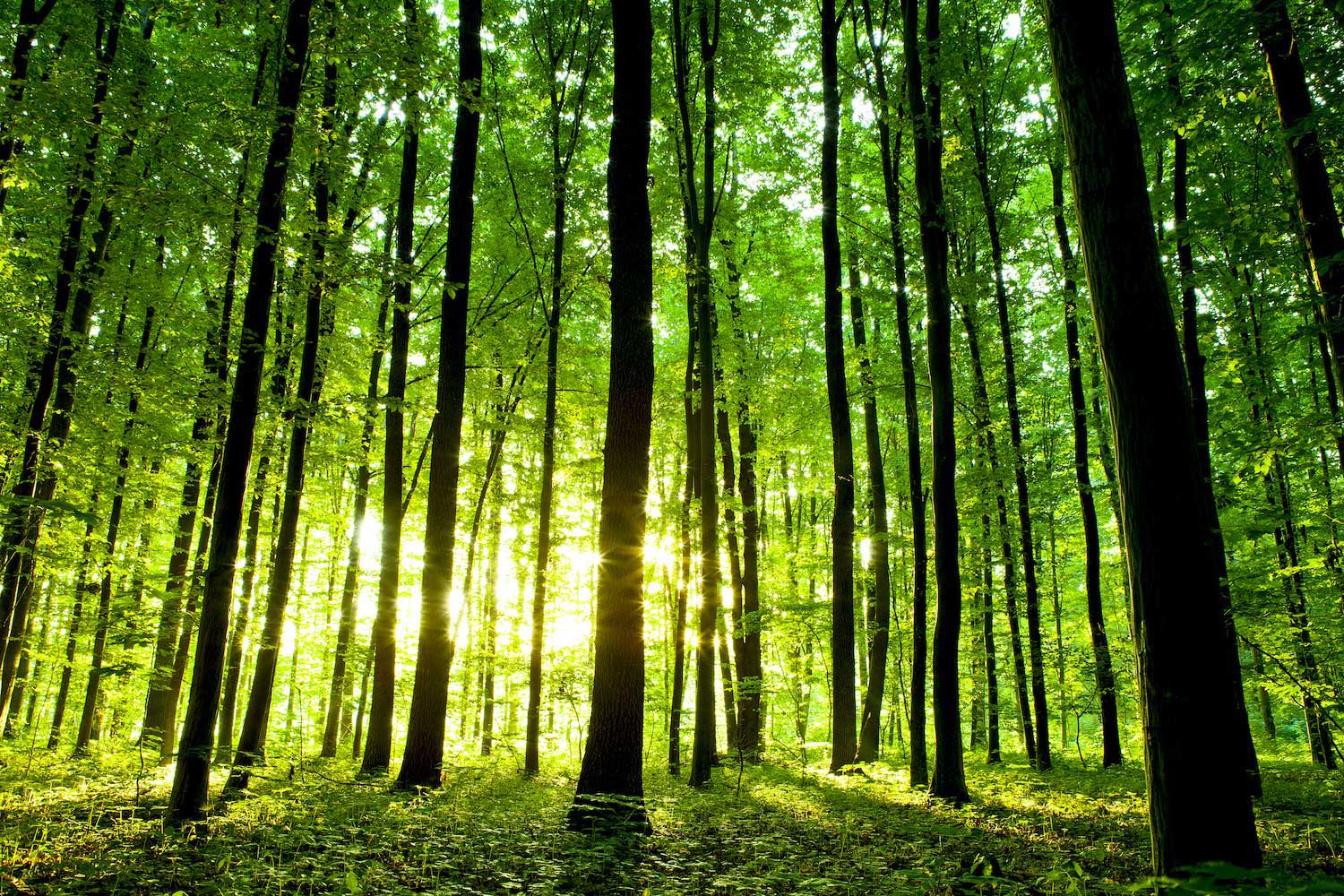 The maple tree in your backyard and the oaks and hickories in the forest nearby may not be a magic bullet for stopping climate change, but every one of those trees is making a difference, and even more trees would do even more good.

Earth's climate is changing because of both natural and human-caused activity, but since the 1800s humans are the main contributor to climate change, according to the United Nations. The main driving force of climate change today is the burning of fossil fuels such as gas, coal and oil, which emit greenhouse cases — carbon dioxide, methane, nitrous oxide and cholorofluorocarbons, or CFCs — into the atmosphere.

That unassuming tree in your yard can help reduce the effects of climate change because trees remove carbon dioxide and release oxygen into the atmosphere, according to the Arbor Day Foundation. In turn, carbon is stored in the trees and the surrounding soil.

America's trees and forests are actually the United States' largest net carbon sinks — natural environments that store carbon dioxide from the atmosphere, according to the U.S. Forest Service. In 2019, our forests and trees offset more than 11% of the country's greenhouse gas emissions.

So we know that trees are beneficial and can reduce the effects of climate change, but could we just plant billions and billions of trees to remove all the excess carbon from the atmosphere? It's a question that's been studied, and the answer is complex.

The study was conducted by an international research team, with the results published the journal Science in 2019. The researchers concluded Earth could support another 2.2 billion acres of forests, which would be about a 25% increase in forested land. Some 500 billion trees could be planted in these new forests, which would then negate about 20 years of carbon emissions from humans at the current rate, or about half of all carbon emitted since 1960.

While planting billions, or even millions, of new trees certainly helps by reducing carbon in the atmosphere, it's not a simple solution. Mitigating climate change requires both enhancing carbon sinks, which more trees and forests would do, but also reducing the flow of greenhouse gases into the atmosphere, according to NASA.

While large-scale forestation efforts would of course be necessary to effect change on a global scale, even adding a tree or two in your own yard does some good. It's not just trees' effects on carbon dioxide that can help limit the impact of climate change. Having trees around your home provides shade, which means you'll need less energy to cool your home during the sweltering summer months, according to the U.S. Forest Service. Trees also help block wind, which helps keep your home warmer in winter, reducing the need for your furnace to run. In fact, when trees are properly planted around homes and buildings, it can reduce energy used for heating by 20% to 50% and reduce air conditioning use by 30%, the Arbor Day Foundation reports.

Planting trees around your home isn't the only thing you can do to help reduce the effects of climate change. Here are some more suggestions from the U.S. Forest Service: