How to keep raccoons away from your bird feeders 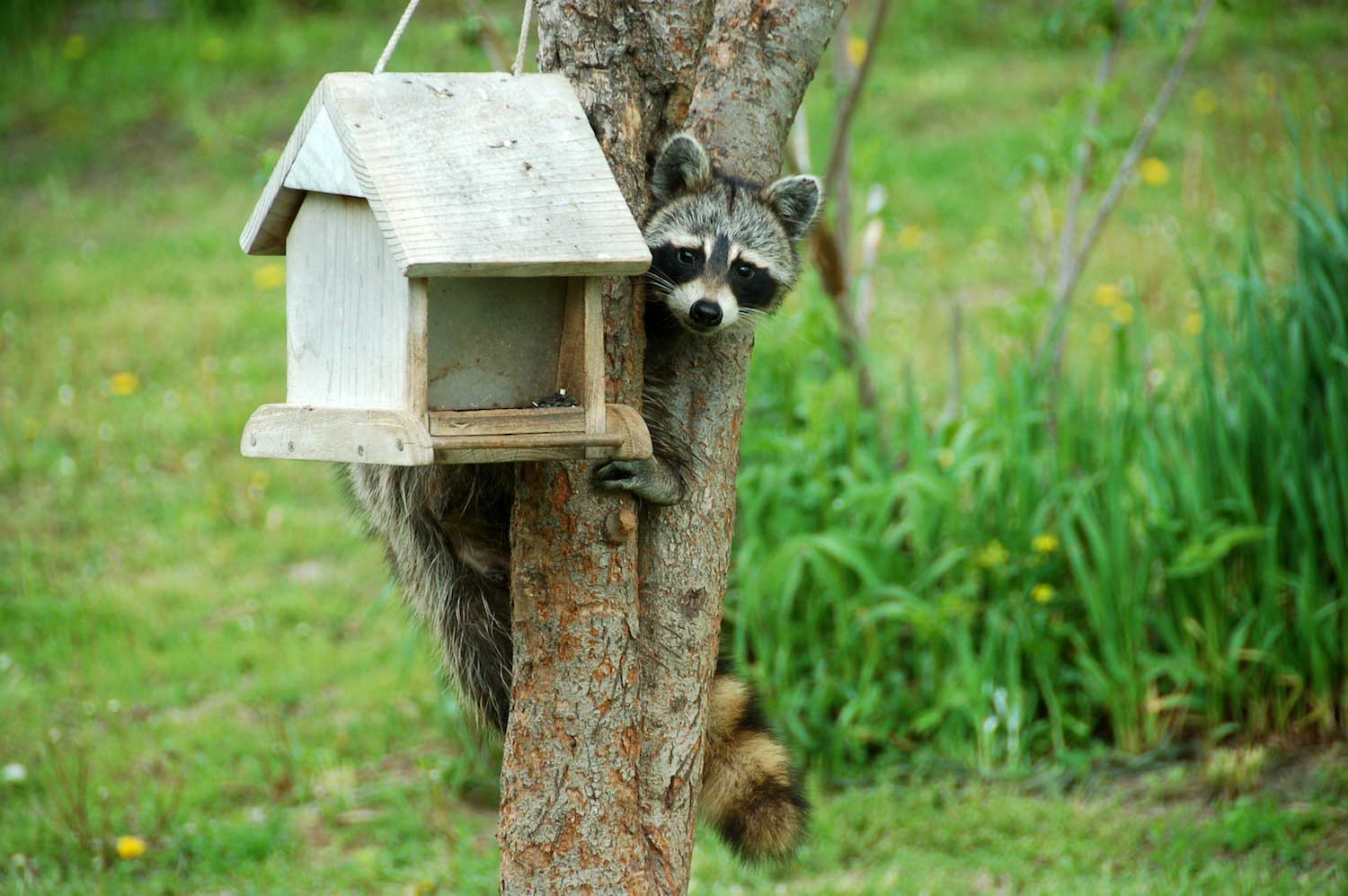 When it comes to pilfering seeds and nuts from bird feeders, squirrels aren't the only thieves in town. Raccoons have a well-deserved reputation for mischief, and that can include emptying our bird feeders.

To beat raccoons at this game, it helps to understand their behavior. Raccoons are nocturnal, so they forage for food at night. If they are being a nuisance around your bird feeders, consider taking them down each night, the Humane Society of the United States advises. Another strategy would be filling the feeders with only about as much seed as the birds will eat in a day. That way there's nothing left for prowling raccoons come nightfall.

Raccoons can climb and jump, but they aren't quite as skilled as squirrels at these endeavors, which can make it easier to keep bird feeders out of their reach. Try suspending bird feeders from wire stretched between two trees or other structures, the Humane Society recommends. You can also try using feeders attached to poles less than a half-inch in diameter because these are too thin for raccoons to climb. Another idea would be to attach a raccoon guard to your feeder. These can be found at many places where bird feeders are sold.

Even out-of-reach feeders can attract raccoons when the seed spills to the ground. Many ground feeding birds will feast on this spilled seed, but it can also be an all-you-can-eat buffet for raccoons. To prevent it from becoming a problem, either clean up around your feeders regularly or use bird feeders that are designed to catch the seed that falls, the Humane Society advises. You can also prevent spillage by putting only one type of seed in a feeder instead of mixed seeds.

One strategy to avoid when trying to keep critters away: Do not grease the poles your bird feeders are on in an attempt to keep raccoons — and squirrels — away. This is dangerous for birds because if they get grease on their feathers it affects their insulating ability and waterproofing, the Cornell Lab of Ornithology reports. It can also mat down the fur of the offending animals.

Raccoons are opportunistic eaters, meaning they'll eat what they can find, so it's not just bird feeders that they can cause problems with. They're masters at getting into garbage cans — hence the trash panda nickname — and other storage containers, and they'll even steal fruits and vegetables from gardens, Wildlife Illinois reports. If they're causing problems around your home, make sure your garbage cans have tight-fitting, well-secured lids, and don't store pet food or any other food, including bird seed, outside.

In general, raccoons do not pose any health risks to people, Wildlife Illinois reports. They can be carriers of rabies, so any contact with a raccoon should be reported to a medical professional. They can also be carriers of diseases that can affect our pets, including distemper and parvovirus.