How to stay safe around feisty geese during nesting season 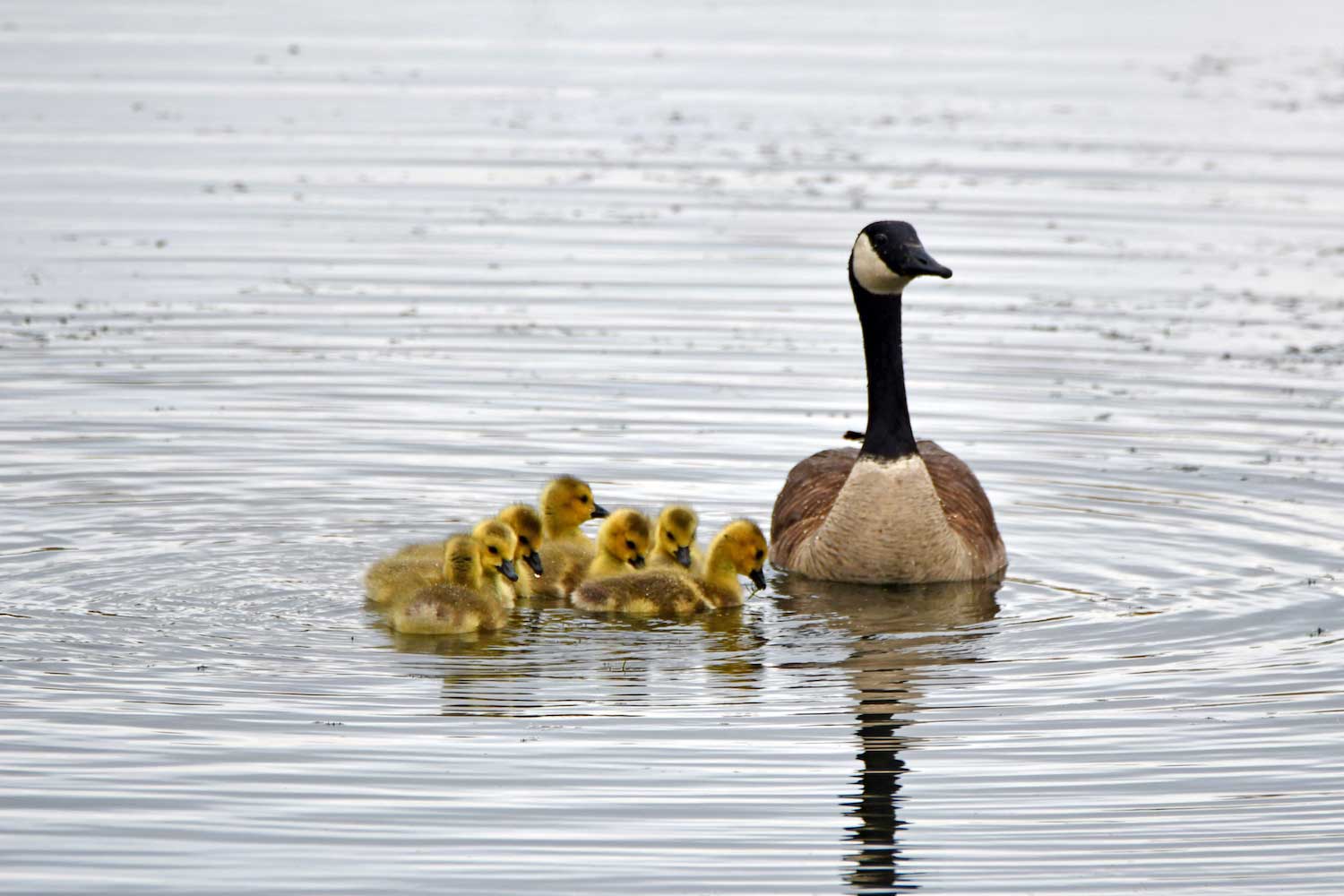 Canada geese have a bit of a reputation for being mean and aggressive, but what we consider bad behavior is really just their way of protecting themselves and their nests and, eventually, their offspring. At this time of year, though, with nesting season in full swing, encounters with feisty geese can become common.

These encounters with Canada geese are more likely in spring because they will often nest close to humans, said Bob Bryerton, a program coordinator at the Forest Preserve District's Plum Creek Nature Center.

"They don’t always see humans as a direct threat, so they will often nest in an area where people are around," Bryerton said.

Canada geese nest on the ground. They prefer elevated spots like muskrat mounds, and they usually build their nests within about 150 feet from the water, he said. They look for open areas so they can see around them in all directions to monitor for potential threats. Females usually do most of the nest building, and they are the ones to incubate the eggs. Males will typically stand guard nearby. "This is where the conflict can come in. If he feels you are too close to the nest, he may confront you."

You can sometimes tell geese are establishing a territory because they will squawk or confront other geese that intrude on their space, Bryerton said. When a goose stays put rather than fleeing to safety when you get too close, that's another sign it is protecting its territory or perhaps even sitting on a nest.

As nesting season progresses, geese can become more stressed and act more aggressively toward people and other potential threats that get near their nests.

"The goose may honk, hiss and lower its head and spread its wings in an aggressive posture," Bryerton said.

Your instinct may be to turn and run away, but this is exactly what you should not do. Instead, if you're confronted by a goose, maintain eye contact with it and stand your ground, Bryerton advised.

"Once you have made eye contact, move slowly and try not to make a bunch of noise or quick movements," he said. "Continue facing the goose and sidestep and back away."

The sidestepping is important, Bryerton said. Simply backing up may encourage the goose to follow you because it thinks it is successfully chasing you off and wants to finish the job. "Sidestepping it allows you to move away without disturbing the goose."

And keep in mind, the geese are doing what comes naturally to them.

"Remember, the goose is just defending its home," Bryerton said. "Once it does not feel threatened, it will relax and you can go on your way."

The good news is breeding season is pretty brief, he said. It typically begins in mid-March with nest construction and continues through the first part of spring.

"The eggs will be incubated for about four weeks before hatching," he said. "Once hatched they may stay in the nest for about a week with the female tending to them, especially if the weather is cold or windy. However, soon after hatching, the goslings begin pecking at small objects and start feeding on their own."

After goslings leave the nest, they stay with their parents for awhile. Their parents will still be protective, but they'll be less aggressive overall because both the parents and the goslings will be able to move away from you or other threats, Bryerton said.

It's not just geese that may be a little territorial and confrontational in the spring. This time of year is a busy one in the animal kingdom, with many birds and other species either mating, nesting or rearing their offspring. If an animal is reacting to your presence, chances are you are too close.

"Be aware of bird calls and behavior as you hike the trails," Bryerton advises. "If a bird is calling constantly right in front of you or even flying very close to you repeatedly, you could be too close to their nesting spot. Please be aware and give them some space."