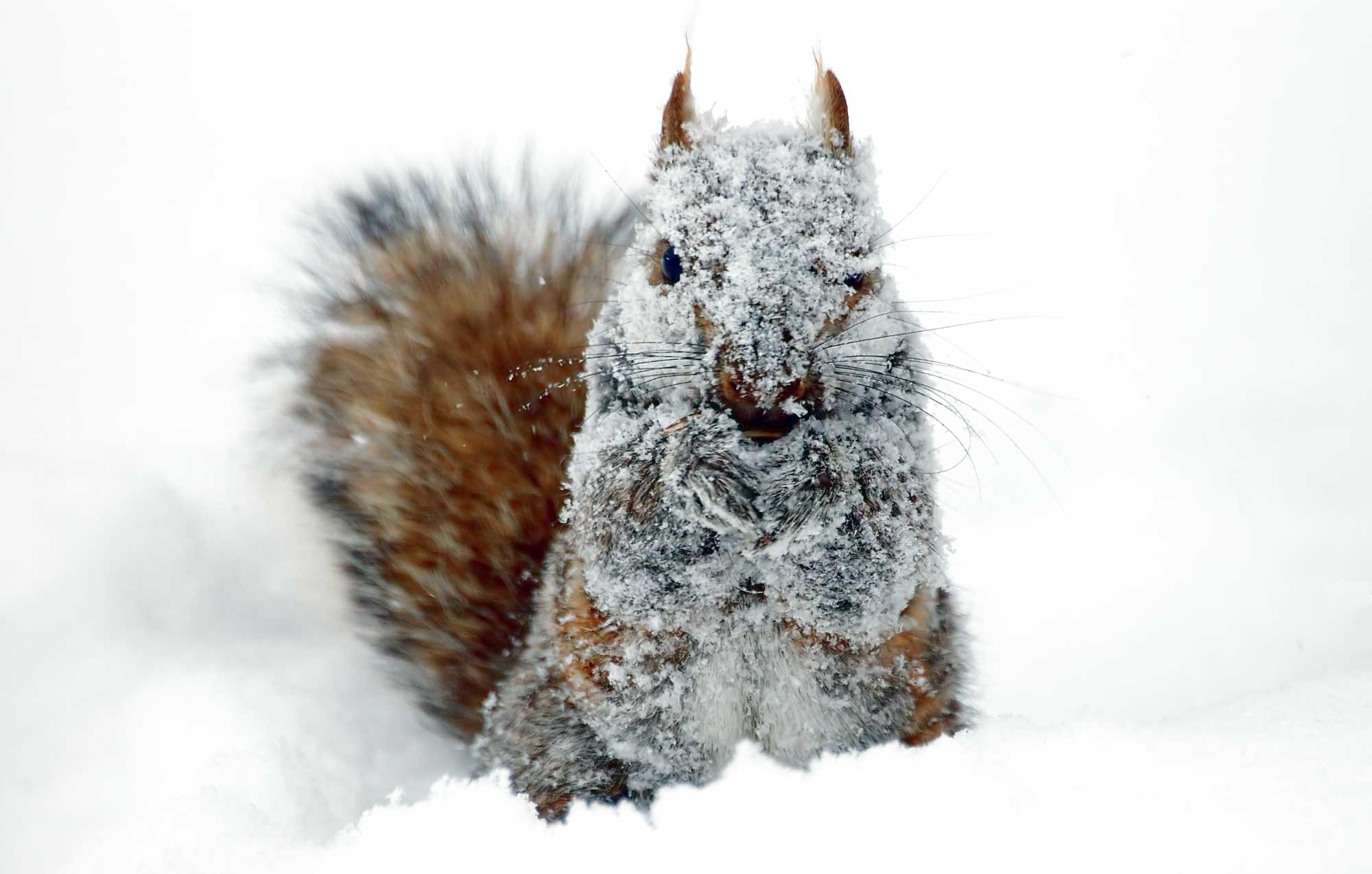 Winter weather is unpredictable at best. We may get a few lucky streaks of unseasonable warmth, but it's often gloomy and usually cold — sometimes miserably cold. Given the choice, most of us choose to spend most of our time indoors. Animals, though, don't exactly have a choice.

Wild animals have many different ways to survive winter. Some mammals, like groundhogs, "sleep" through it, hibernating during the coldest part of the year. Others, including many bird species, escape it altogether by migrating south for the winter. But others simply have to deal with it. For these animals, important adaptations allow them to survive in even the most frigid weather.

For the most part, the adaptations animals use depend on whether they are warm-blooded or cold-blooded. Warm-blooded, or endothermic, animals, which includes mammals and birds, maintain a constant body temperature, and an inability to maintain that temperature can be deadly. (Think of hypothermia, for example.) Most animals that migrate and hibernate are warm-blooded, but most birds and mammals don't hibernate or migrate. Instead, they have other mechanisms that protect against harsh winter conditions.

Some, such as chipmunks and squirrels, add an extra layer of fat to help insulate their bodies from the cold.

Others, like beavers and mice (and again, chipmunks and squirrels), store food in the warmer months to ensure they have an ample supply during winter, according to the Michigan State University Extension. Many animals that live in cold climates have fur designed to insulate and protect them against extreme temperatures. Others, like geese and other waterfowl, have vascular systems that allow for what's called a concurrent heat exchange, allowing warm, oxygenated blood to flow to the extremities while cooler, oxygenated blood passes nearby on its way back to the heart. This is why their feet don't freeze to the ice.

This ability to adjust to the temperature of their environment allows for some interesting winter survival stories, such as that of the wood frog, which is freeze-tolerant. That means their bodies freeze and thaw with the changing temperatures, National Geographic reports. In the winter, wood frogs take shelter under leaves and other plant matter on the ground. When temperatures fall below freezing, their bodies freeze too, but chemicals in their bodies like urea and glucose protect their cells from becoming damaged.

Wood frogs aren't the only animals that survive being frozen. Woolly bear caterpillars can similarly freeze and thaw as winter temperatures rise and fall.

Painted turtle hatchlings must also be able to withstand freezing temperatures. These turtles hatch in late summer or early fall and then travel to a shallow nest in a nearby lake or steam, according to the American Institute of Biological Sciences. The hatchlings have thick skin and also don't retain much water, both of which prevent freezing. Their blood is also able to cool to a very low temperature, which further helps them survive subfreezing temperatures.

Of course, it can be too cold even for some animals, especially our pets. The American Veterinary Medical Association advises pet owners to keep their dogs and cats inside during below-freezing weather. Allow only short trips outside to go to the bathroom. And even though they have fur coats, our pets can still get frostbite or develop hypothermia. While some dogs, like huskies, are more tolerant of the cold because of their thick coats, they still should not be left out in the cold for extended periods when the weather is below freezing.