Hate mosquitoes? Try these tricks to keep the buggers at bay 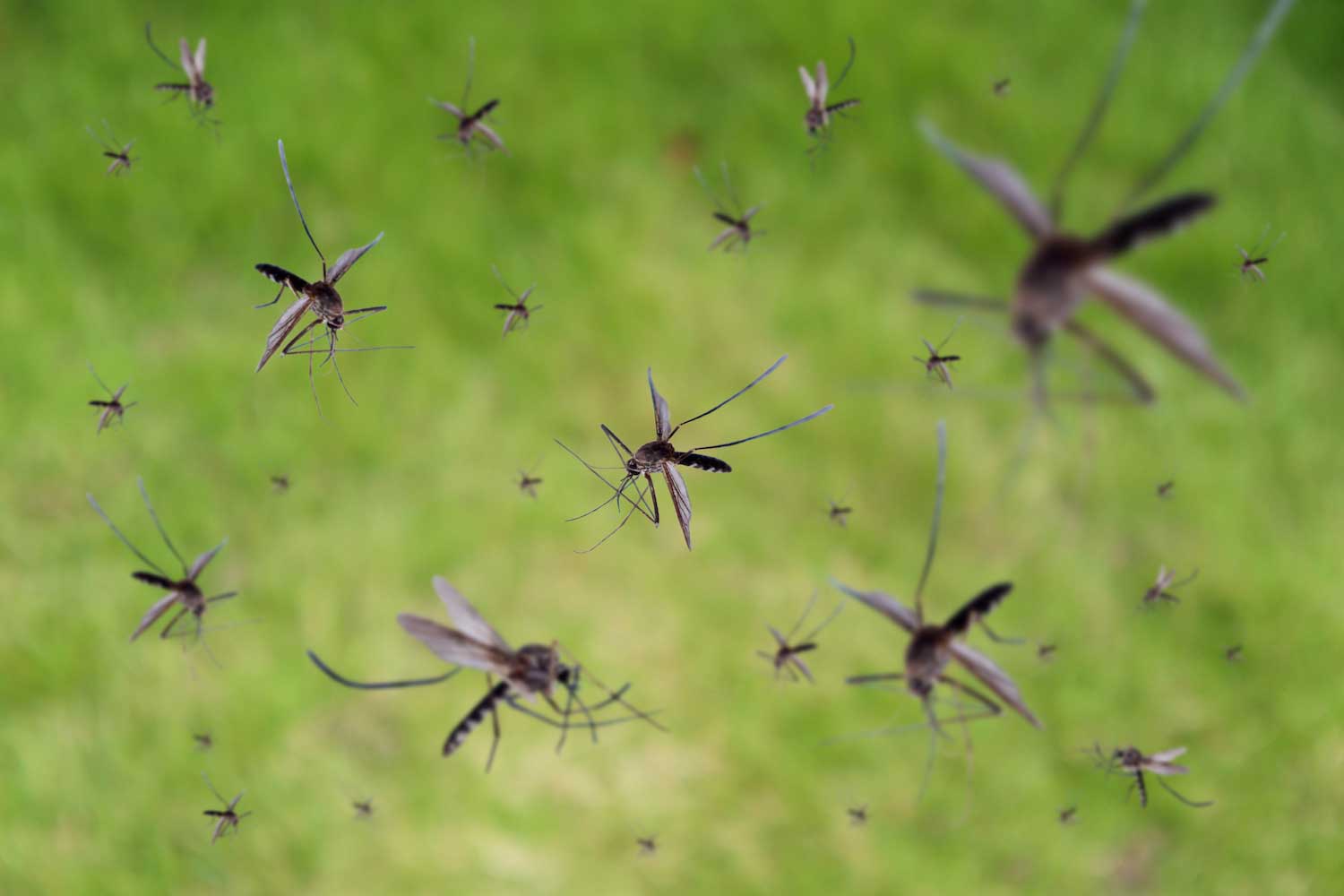 As sure as the sun rises in the east and sets in the west, summer brings with it the nuisance of insects, namely mosquitoes, to put a damper on the time we spend outdoors.

While all mosquitoes are a nuisance because of their itchy bites, several species found in Illinois are also disease-transmitting. Mosquitoes from the Culex group, for example, can transmit West Nile virus, while some species of Aedes mosquitoes can transmit West Nile as well as other diseases to humans, according to the Illinois Department of Public Health. Many mosquitoes, however, are simply nuisances. We typically encounter Culex mosquitoes during hot, dry summer conditions. In contrast, Aedes mosquitoes are floodwater mosquitoes that we often see following wet, rainy conditions, sometimes even as early as early spring.

Avoidance is the best strategy for preventing mosquito bites, but it's certainly not very realistic to spend half the year indoors. Instead, you can make your yard and outdoor living space less hospitable to these unwanted intruders. Here are a few ways to help keep mosquitoes at bay.

Don't give them a place to lay eggs

The most effective way to control mosquitoes is not providing them a place to lay eggs and develop, according to the Illinois Department of Public Health. At home, keep your yard and house's exterior free from standing water, because mosquitoes cannot develop in standing water that has been present for less than one week.

Any standing water is a potential breeding ground for mosquitoes, so make sure swimming pools and rain barrels are properly maintained. Buckets and other containers, bird baths, sand boxes, children's toys, tree holes, old tires and clogged gutters can also provide a breeding ground and should be kept free of water to avoid mosquitoes from laying eggs.

If you'd like to add a pop of color and also keep the mosquitoes away, plant marigolds or common lantanas, both of which also repel mosquitoes.

Hope for wind, or create your own

If you have to be outside during peak mosquito season, it's a good idea to hope for a windy day. That's because fewer mosquitoes are present when it's windy, since they aren't particularly strong flyers, according to TreeHugger.

If you spend a lot of time outdoors on your deck or patio, artificial wind could help keep the mosquitoes away. Simply placing a fan or several around your outdoor space can keep the bugs away, the American Mosquito Control Association reports.

What you wear can affect how easily mosquitoes can find and bite you. More than 174 species of mosquitoes in the United States are attracted to dark-colored clothing, the American Mosquito Control Association reports. They can also more easily bite through tight-fitting clothes. So choose light-colored and loose-fitting clothes for the best success at preventing bug bites. Long sleeves and pants are ideal, although not always practical during the hot summer months.

Good, old-fashioned bug sprays and mosquito repellents will help keep mosquitoes away, although none offer full protection. The gold standard among repellents are the products containing DEET, according to the Illinois Department of Public Health. Look for products containing 20% to 30% DEET. When these are applied properly per the label directions, they should provide several hours of relief from bug bites.

Two other active ingredients that can help repel mosquitoes are picardin and lemon oil of eucalyptus. Picardin has shown to be nearly as effective as DEET,  but without the strong odor and sticky feeling, the Illinois Department of Public Health reports. Some people prefer lemon oil of eucalyptus because it is derived from a plant, and although it is effective, it does not last for as long as products containing DEET or picardin.

If you've tried all of the above and still find yourself being eaten alive by mosquitoes, consider playing dubstep artist Skrillex's 2010 song "Scary Monsters and Nice Sprites" on repeat while outdoors.

Odd though it may seem, the song proved a surprisingly effective deterrent to mosquito activity in a study published in Acta Tropica in March 2019. In fact, female Aedes aegypti mosquitoes mated less often and sucked less blood while listening to the Skrillex song than those that were in silence. (Female mosquitoes are the only mosquitoes that bite.)

Researchers wanted to determine whether loud, noisy music could affect mosquito behavior. "Scary Monsters and Nice Sprites" was chosen for the study because its "excessive loudness and constantly escalating pitch made it a prime candidate for 'noisiness,'" according to the research team.