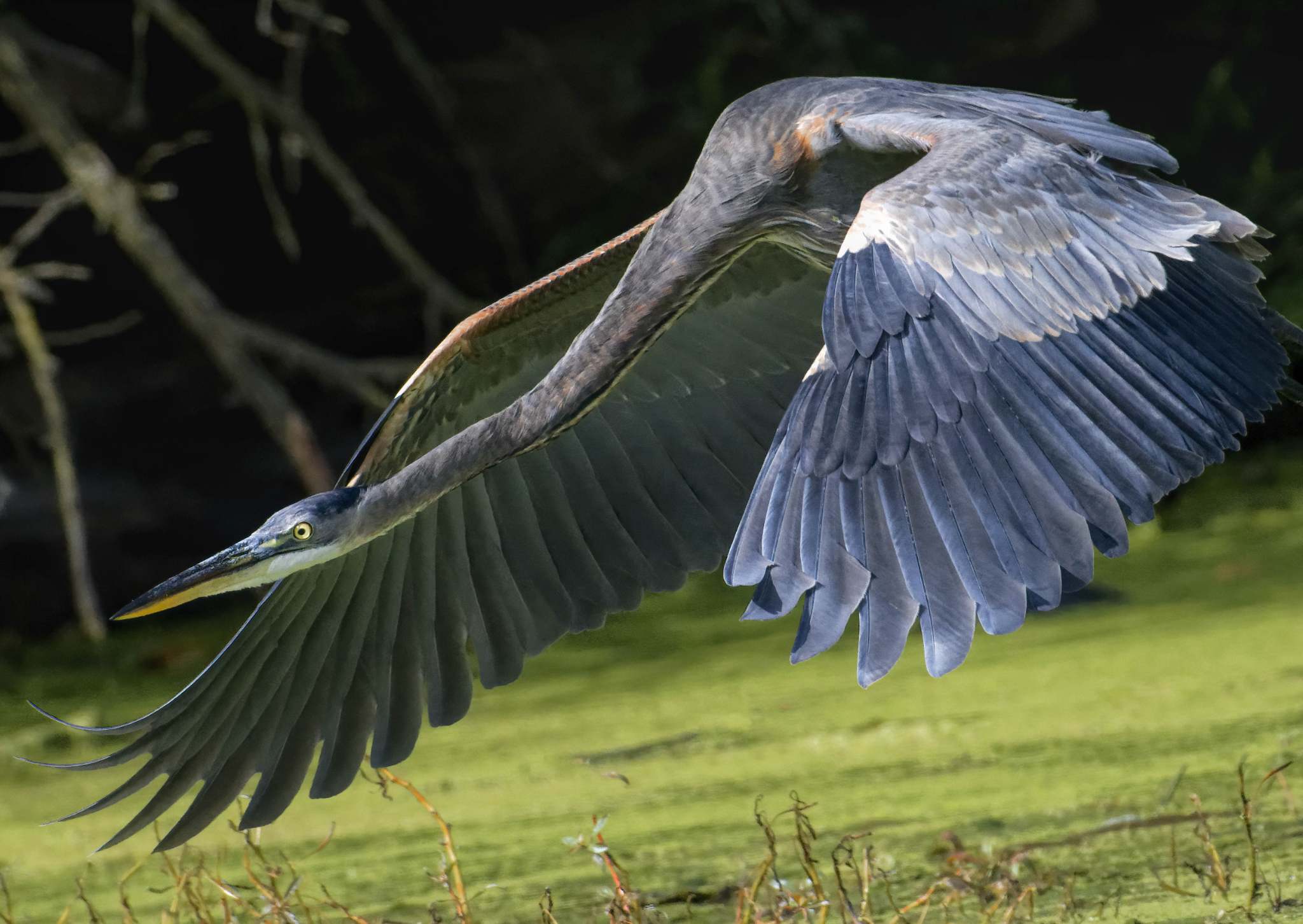 With their long legs and necks and striking plumage, great blue herons somehow manage to be both gangly and graceful all at once.

Often seen standing along a shoreline or in shallow water, these birds are the largest heron in North America, and the most common, living throughout much of the United States, according to National Geographic.

During late winter and early spring we typically start to see great blue herons in larger numbers as they migrate north. While most migrate south in the winter, some as far as the Caribbean, some great blue herons do remain in the north year-round, according to the Cornell Lab of Ornithology.

Here are some more fun facts about these majestic — and awkward — birds.

As one would expect, the great blue heron is named for its blue plumage, but they are not the bright blue you see on bluebirds or blue jays. Instead, these birds have bluish-gray plumage, with very dark blue or almost black crown feathers on their heads, according to the Cornell Lab of Ornithology.

Great blue herons are one of about 60 heron species in the world. All herons are in the Ardeidae family with egrets and bitterns. Great blue herons and some other herons are sometimes confused with cranes, which are not related. One way to differentiate between a crane and a heron is their necks. Cranes fly with their long necks sticking straight out, while herons fly with their curved necks bent and tucked tightly, according to the International Crane Foundation.

Great blue herons are tall, standing between 3 and 4.5 feet tall with long, skinny legs. Their wingspans are also impressive, ranging between 65 inches and 80 inches, according to the Cornell Lab of Ornithology. Although they are big, they only weigh between 5 pounds and 6 pounds because they have hollow bones, like all birds.

The birds are mostly bluish-gray. With their wings spread, the forewings appear pale in color, while the feathers at the ends of their wings are a much darker shade.

These herons have thick, bright yellowish-orange bills that are sharp like daggers. They also have a long, S-shaped neck, which they tighten into a tight S shape while in flight. While flying, great blues have slow wing beats, making them easy to identify when seen in conjunction with their tightly tucked necks and long legs sticking straight out behind them.

Herons like water, and great blue herons are no exception. They are often seen wading in the shallow waters in marshes, ponds and estuaries and along the banks of rivers and streams, the Cornell Lab reports. They often hunt away from water, however, so they can also be seen in meadows and fields.

Great blue herons nest in colonies, often in trees and bushes near water or man-made structures such as duck blinds. They will also nest on the ground in areas where they is no threat from predators. The colonies can include several hundred nests — sometimes even 500 or more.

The male herons collect the majority of the nesting material, presenting it to the females, who weave the material into a saucer-shaped nest, according to the Cornell Lab. Nests can be quite large — 4 feet wide and 3.5 feet deep — especially when they are used overs several years.

These herons love to be by water, and they have a diet to match that preference. They eat mostly animals found in and around water, including fish, frogs and turtles. However, they also sometimes hunt in meadows and fields, feasting on insects, snakes, rodents and small birds, according to the Audubon Society.

Great blue herons are skilled hunters, aided by strong jaws for grabbing prey and long, sharp bills for piercing fish, the Cornell Lab reports. The vertebrae in their necks are also specially shaped to allow them to strike out at prey in the distance. Great blues can hunt both during the day and at night, aided by a high concentration of eye cells called rod-type photoreceptors that improve their night vision. 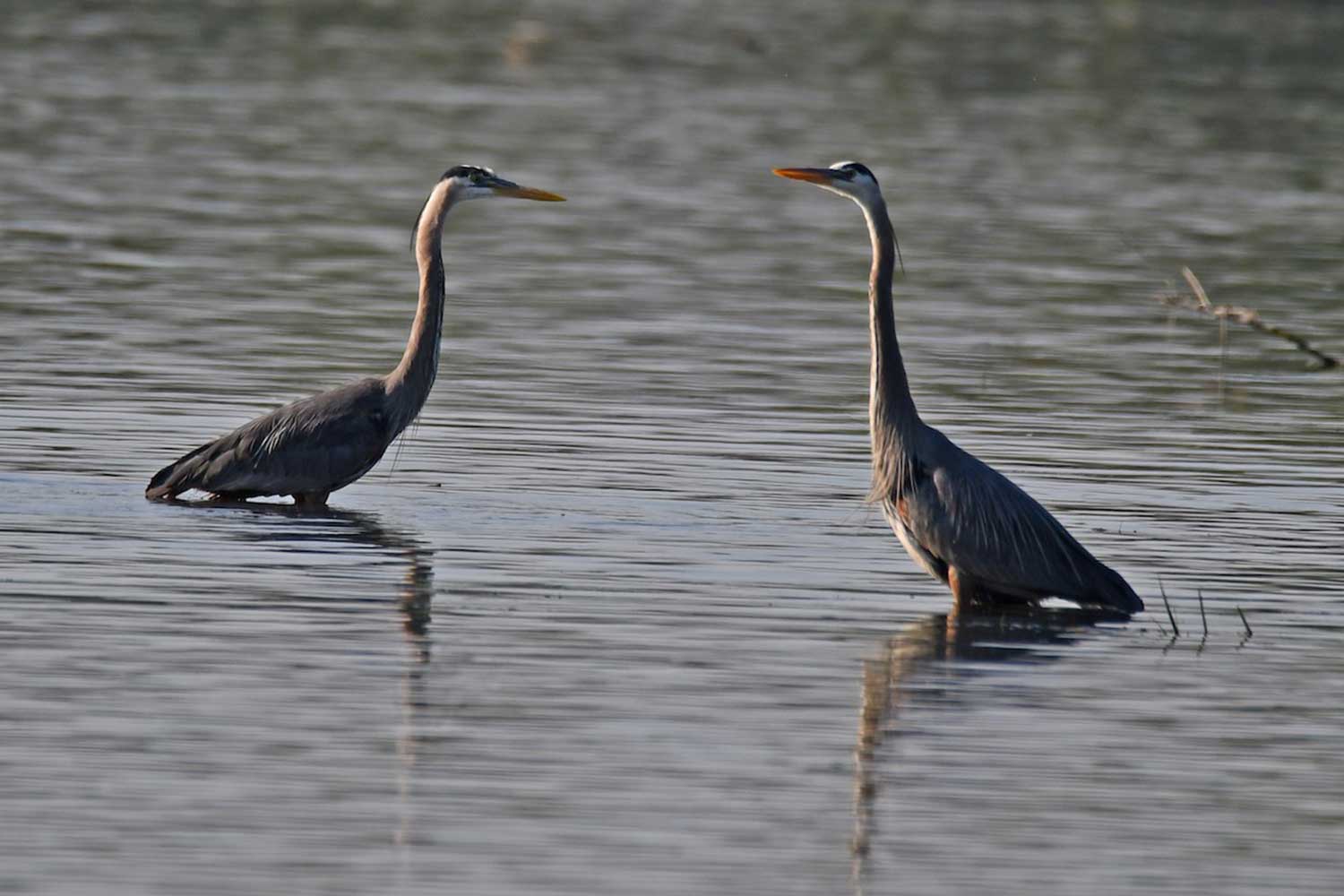 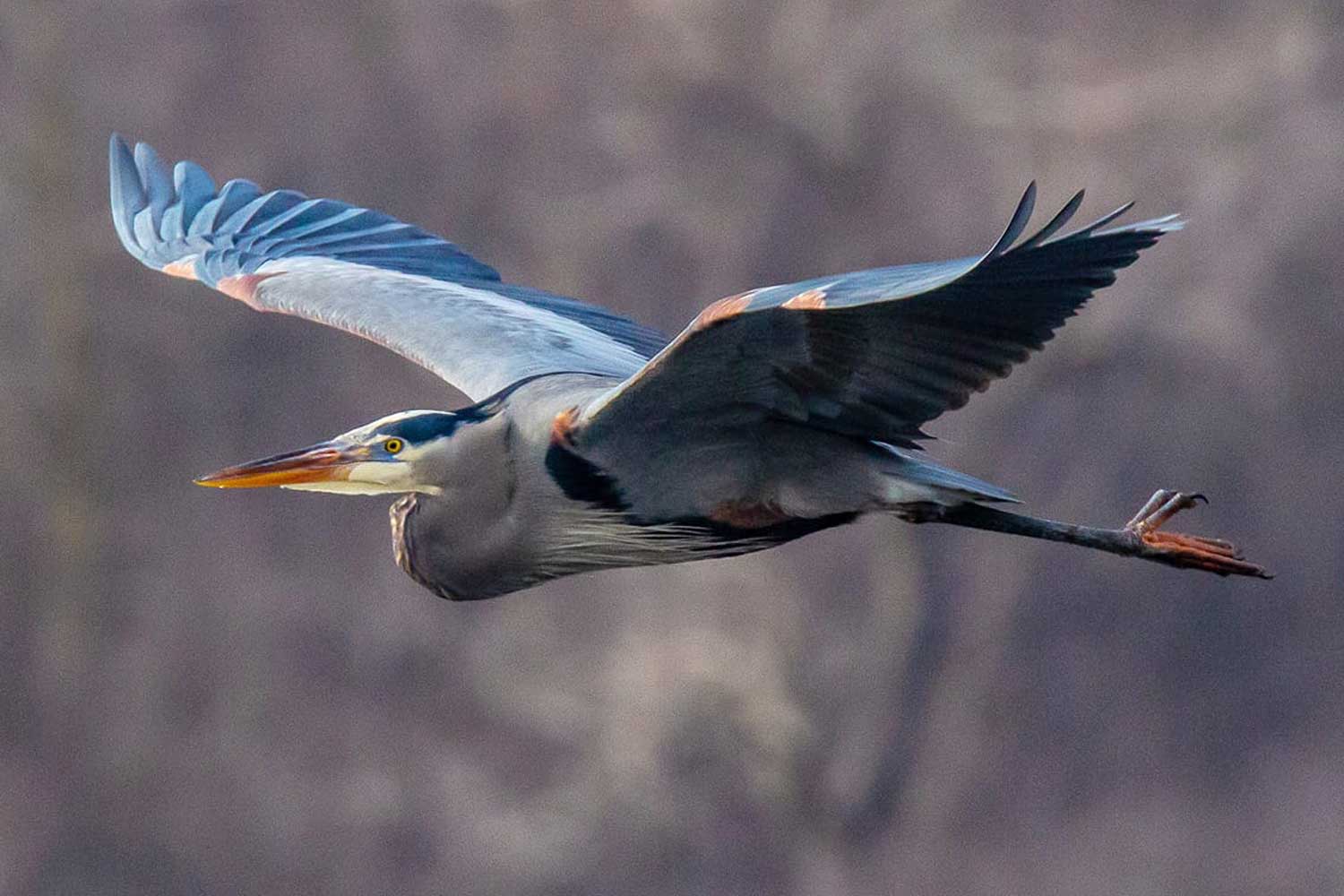 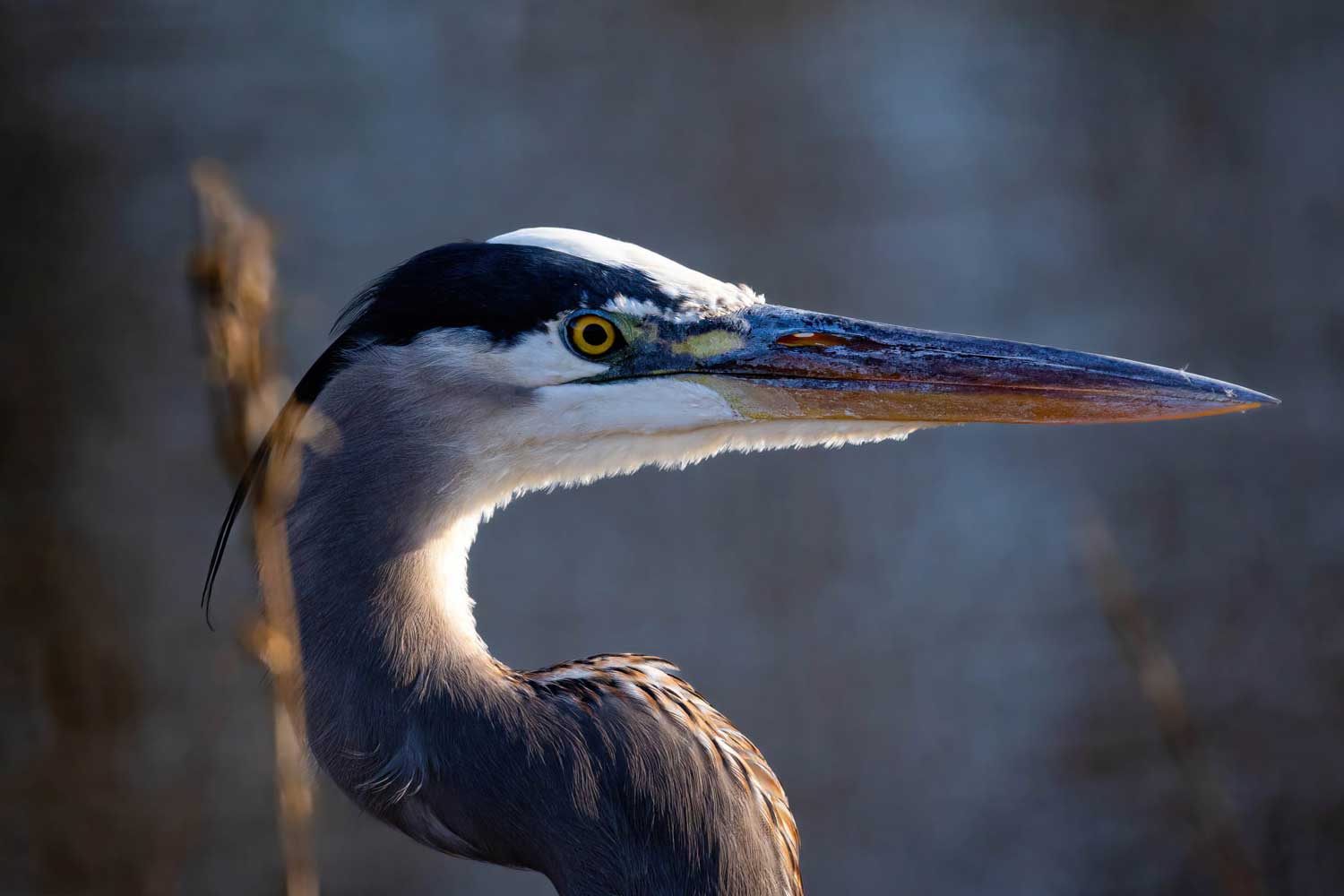 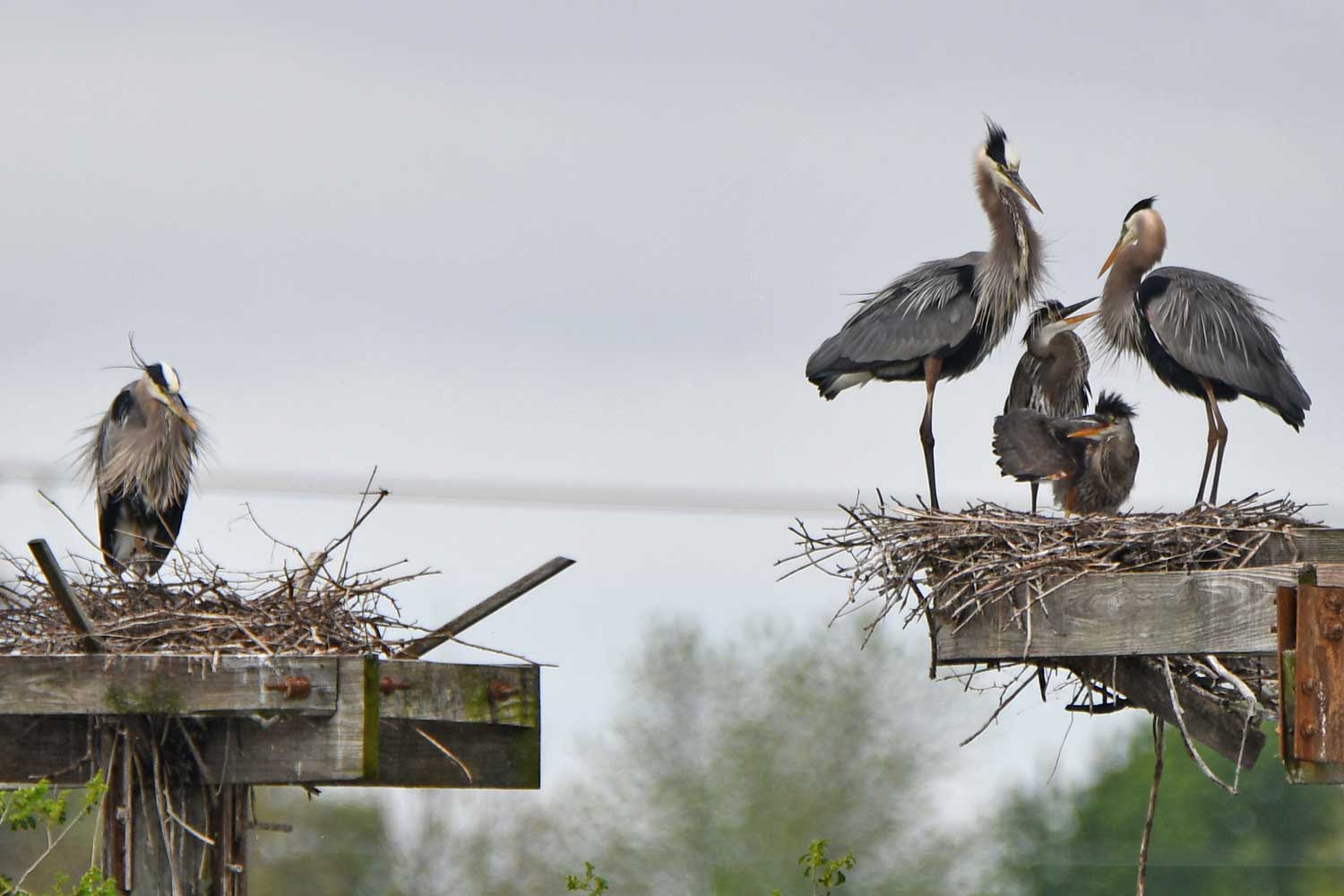 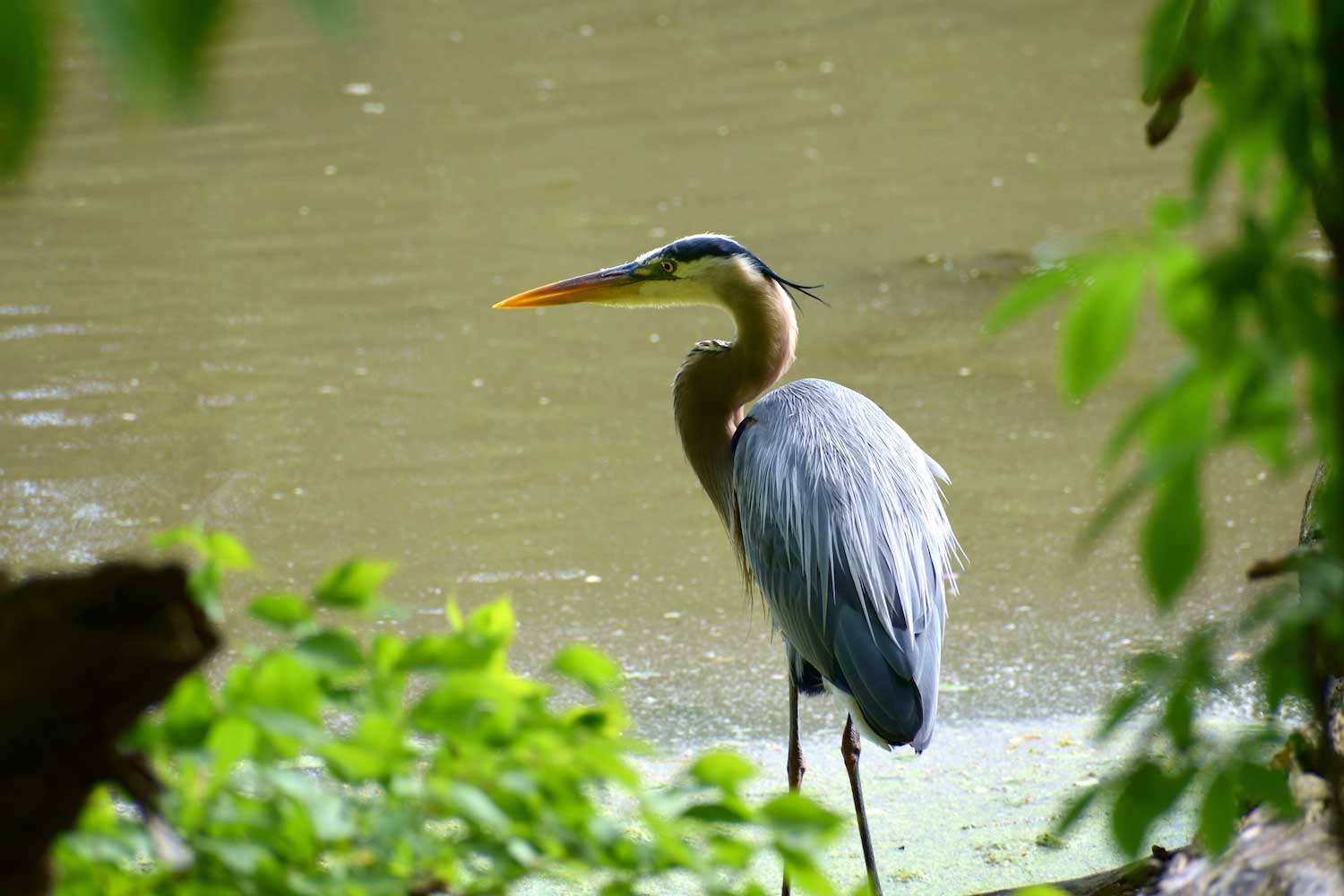 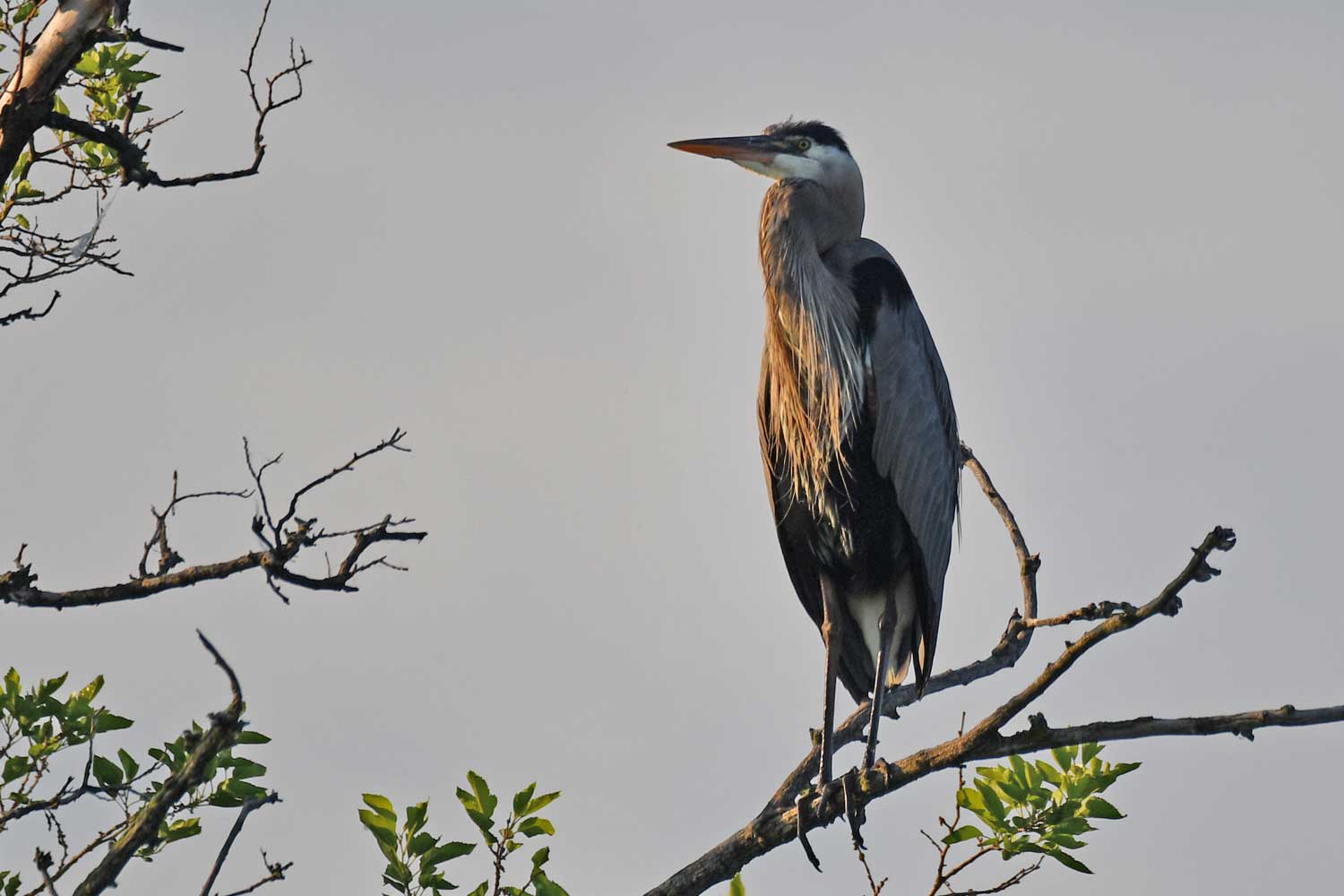