Is glitter affecting our waterways? Yes, according to a study 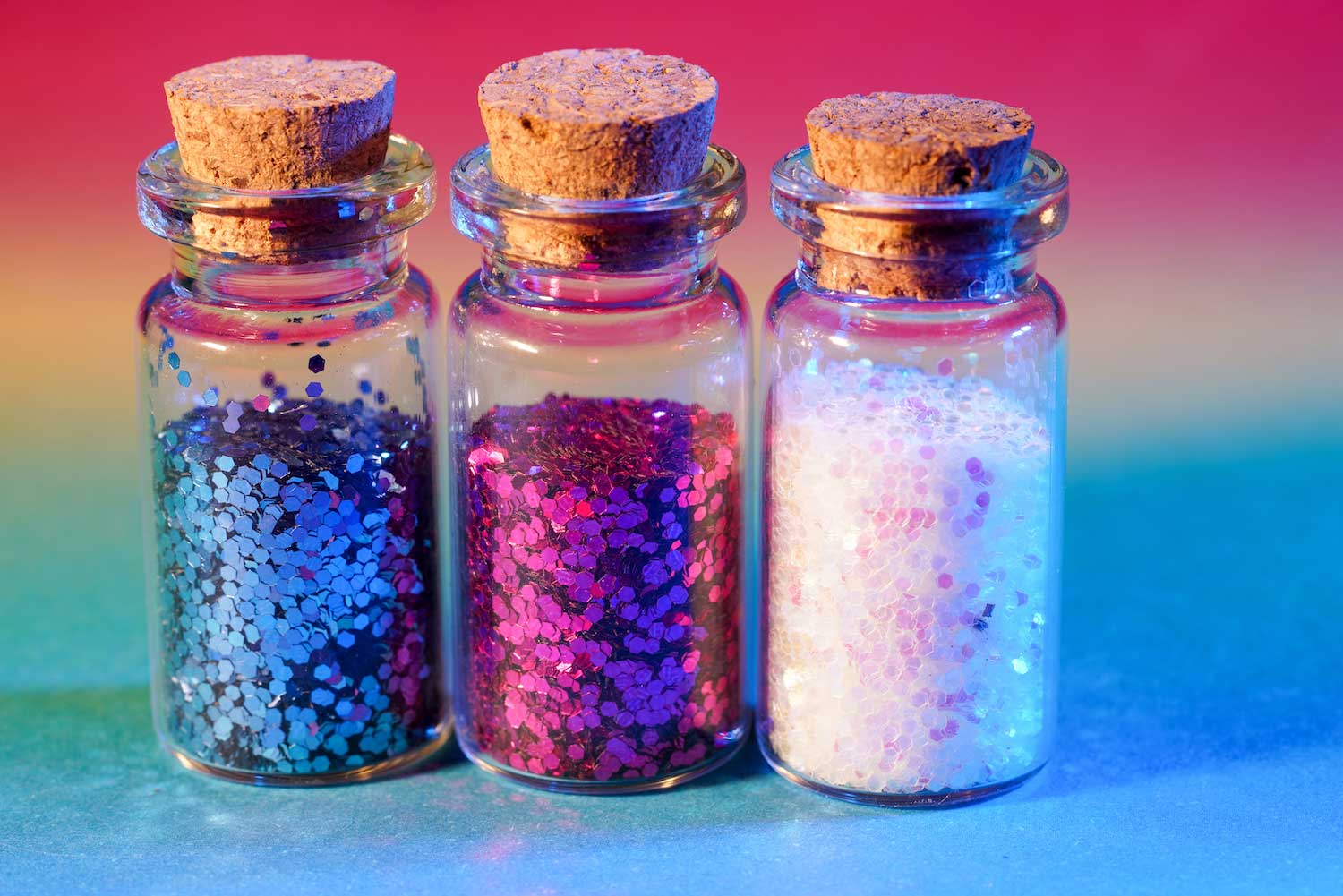 Who doesn't love a little bit of sparkle once in a while?

The need for a little shimmer and sparkle may seem innocent enough, but when that touch of shine comes in the form of glitter, it may be damaging our waterways.

Essentially, glitter is just another form of litter that often ends up in our oceans, lakes, rivers and streams. Even biodegradable glitter, which is supposed to be better for the environment, has negative effects on water quality, according to a study published in the Journal of Hazardous Materials.

The study, conducted by researchers from Anglia Ruskin University in Cambridge, England, looked at the effects of the presence of glitter in freshwater habitats over the course of 36 days. Among were the findings were chlorophyll levels three times lower in water that contained glitter than without, indicating less microalgae in the water containing glitter. In addition, the root length of duckweed, an aquatic plant, was shorter in water where several kinds of glitter tested was present.

The study is the first to investigate the effects of glitter on the environment, and it looked at both biodegradable and non-biodegradable glitter, mica glitter and an eco-friendly form of glitter made with a core of modified regenerated cellulose.

Glitters are microplastics, tiny plastic particles less than 5 millimeters long that can harm aquatic life in our lakes, rivers and oceans. Most glitter is made from aluminum and a plastic called polyethylene terephthalate, or PET, according to Blue Ocean Society. PET is a lightweight plastic in the polyester family.

Plastic is the most abundant type of debris found in both our oceans and in the Great Lakes, according to the National Oceanic Atmospheric Administration (NOAA). Because microplastics are so small, they are able to pass through water filtration systems and enter our waterways, where they pose a threat to aquatic species.

While some embrace glitter for its shine and sparkle, others shun it for the mess it makes. No matter your perspective on it, it's in more places than we may think. Glitter is not just the stuff of preschool and elementary school art projects; you can find it on greeting cards, on holiday decorations, in costumes and in cosmetics and lotions. With all that glitter in the world, some of it is bound to make its way into our waterways. In the case of lotions and cosmetics, the glitter simply washes away and into the wastewater system when it is washed off.

“Our study is the first to look at the effects of glitter in a freshwater environment, and we found that both conventional and alternative glitters can have a serious ecological impact on aquatic ecosystems within a short period of time,” Dannielle Green, the lead author of the study and a senior lecturer in biology at Anglia Ruskin, told the U.K's The Guardian.

And based on the study's results, there is no safe, eco-friendly form of glitter, because all forms of glitter investigated in the study have negative effects on water quality.

“We believe these effects could be caused by leachate from the glitters, possibly from their plastic coating or other materials involved in their production,” Green said.

While it is still considered a new area of study, steps have already been taken to eliminate some forms of microplastic from entering our waterways. The United States has banned the production of microbeads and the sale of cosmetics and personal care products containing them, and Canada has also banned the use of these tiny plastic particles, National Geographic reports.