Five things about our most recognizable snake, the garter snake 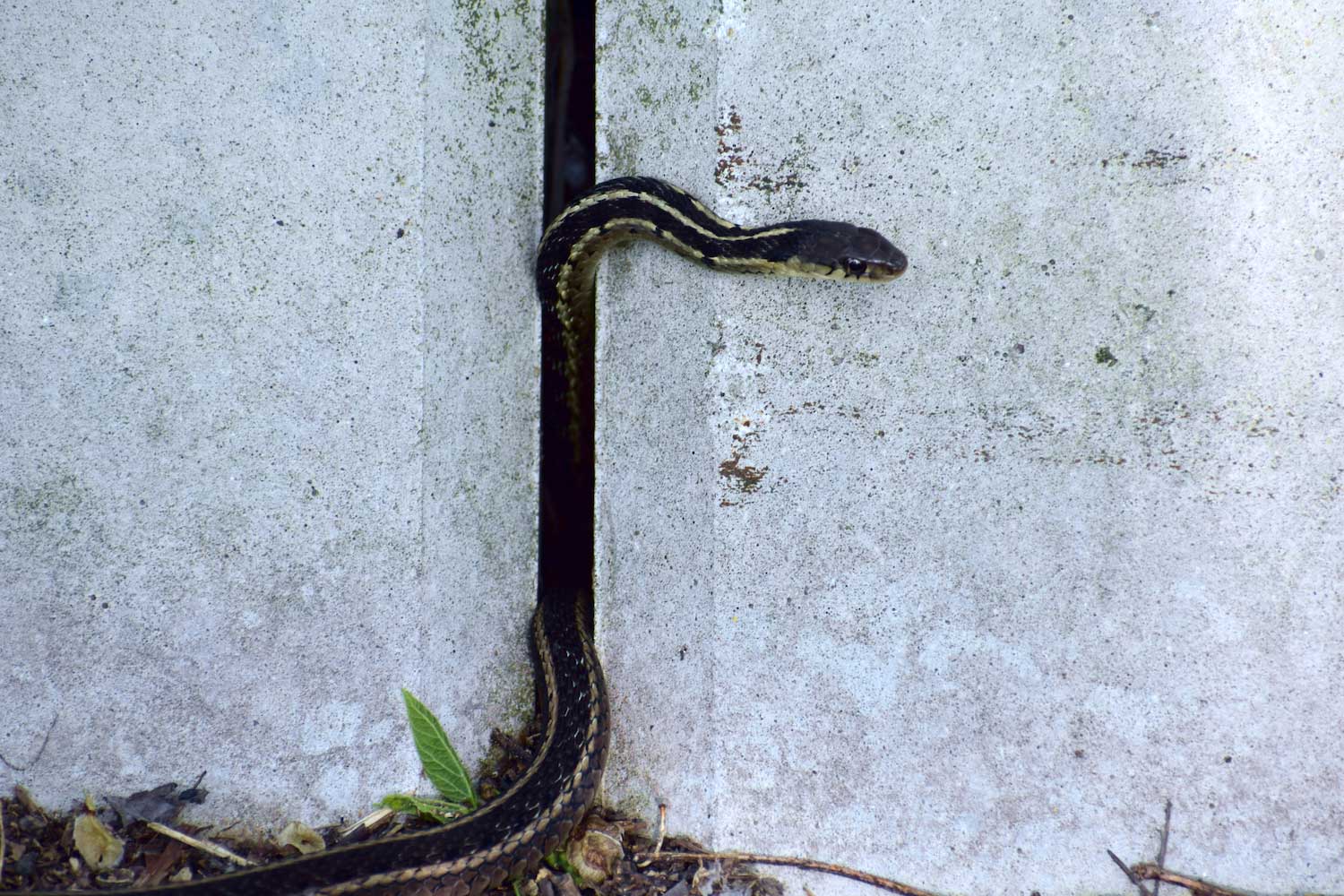 Garter snakes are a snake most people are familiar with, because of how common they are in Will County and across most of the United States. A dark-colored snake with stripes is probably a garter snake, right?

Snakes are an important part of the ecosystem, so seeing them around your home or neighborhood is a good thing. They aren't venomous (no snakes in Will County are), but they will sometimes bite to defend themselves, according to the Illinois Department of Natural Resources.

Read on to learn more about garter snakes.

They are named for their stripes, not your garden

These snakes are called garter snakes, not garden snakes, gardener snakes or even gartner snakes as they are sometimes mistakenly called. They are called garter snakes because of the three stripes on their backs, which are said to look like the garters that men used to use to hold up their socks, according to the Illinois Department of Natural Resources. Most often these stripes are yellow, but they can also be white, brown, green or blue.

They are the most widespread snake in the United States

No snake is more widespread across the United States than the common garter snake, according to Animal Diversity Web. You can find these snakes across the entire eastern United States, including all of Illinois, as well as most of the West Coast and Pacific Northwest and parts of Canada. One reason they are so common and widespread is that they are very adaptable and can survive in extreme temperatures.

Garter snakes are often found near water and prefer grassy, moist habitat areas. They are common in woodlands and meadows and along the edges of waterways. They are often encountered by humans because they do well in urban and suburban areas. Flip over a log, rock or board in your yard or neighborhood and don't be surprised to see a garter snake slither away.

They can have a whole lot of babies

A litter of dozens and dozens of baby garter snakes may be the stuff of nightmares for some people, but garter snakes can have as many as 80 babies at once! Most typically, though, females will have between 10 and 40 babies per litter, according to Animal Diversity Web. Garter snakes mate in the spring, as soon as they emerge from brumation, which is similar to hibernation. Male snakes emit pheromones to attract females. After mating, the female snakes go to their summer habitat area to find a place to give birth.

They are strictly carnivorous

All snakes are carnivores, although snake diets can vary greatly from species to species. For garter snakes, common foods include worms, slugs, leeches, snails, insects, small fish, crayfish, amphibians and even other snakes, Animal Diversity Web reports. They also sometimes eat small birds, small mammals and lizards. They rely on their keen senses of smell and vision to hunt for prey, and they have different techniques for making a catch.

Once they snatch something to eat, they use their quick reflexes to bite into it to immobilize it, according to Animal Diversity Web. For some of their smaller prey, their saliva may be toxic enough to immobilize them, making for an easier meal. Like almost all snakes, garter snakes swallow their prey whole.

They are expert slitherers, but they can swim and climb too

Of course garter snakes can slither; they are snakes after all. But they can swim and climb too, according to the National Park Service. So next time you see a snake swimming in the water, don't assume it's a northern water snake. Look for those telltale stripes to see if it might be a garter snake taking a dip. You might also see one slithering its way up a tree or bush, and it's nothing to be alarmed about.

Snakes slither for the obvious reason that they have no legs to help them get around. It might surprise you that the act of slithering is all in the scales. The scales on snakes' underside overlap, and they create friction when in contact with the ground or another surface, according to the National Science Foundation. The friction allows them to move forward, and as it is with other modes of motion, moving forward is easier than going sideways.