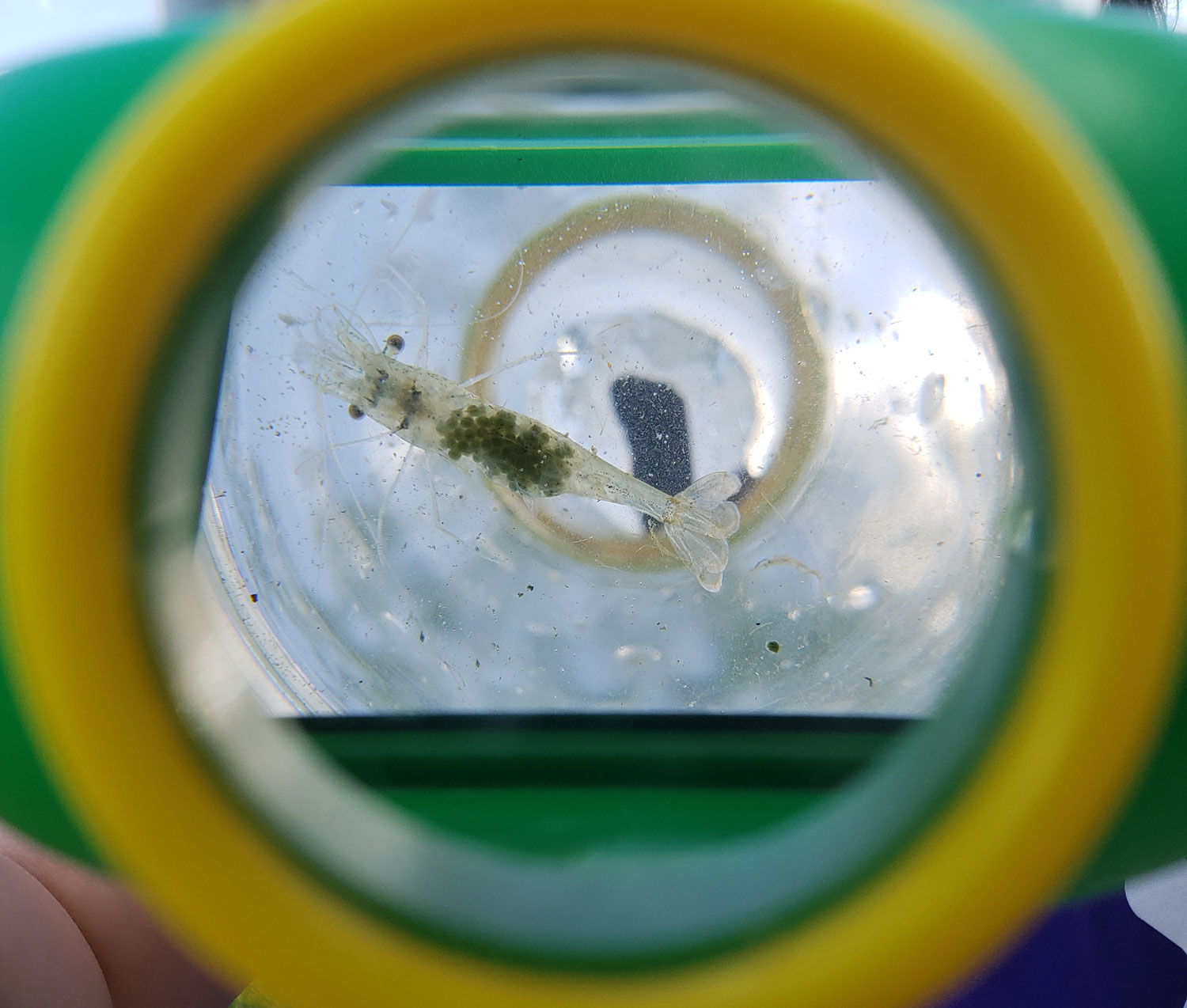 Shrimp don't usually come to mind when we think of the bounty of wildlife we have right here in Will County, but we do have shrimp living in the rivers in northern Illinois.

However, these crustaceans are quite a bit different than the shrimp we are most familiar with – those ocean creatures that seafood lovers devour. The shrimp that live in Illinois rivers are Mississippi grass shrimp, and they are much smaller than what we are used to, with their bodies only growing to about 2 inches long, according to the U.S. Geological Survey.

These grass shrimp are nearly transparent, which is why they are also commonly referred to as glass shrimp or ghost shrimp, according to the Missouri Department of Conservation. They live in the rivers and streams along the Gulf Coast area extending north to the Mississippi River basin and up into the Great Lakes region.

While the Mississippi grass shrimp is native to much of Illinois, they are not common or well-known. In fact, when they were discovered in the Des Plaines River in Lake County in 2013, the find made headlines. Here in Will County, a shrimp (see above photo) was caught last year as part of a program examining the creatures that live in the pond at Isle a la Cache Preserve.

These shrimp typically live in slow-moving streams and rivers as well as swampy areas, according to the Missouri Department of Conservation. They hide from predators — fish and other aquatic animals — in aquatic plants, feasting on plankton, algae and tiny invertebrates. Because of the role these crustaceans play in the ecosystem, they are considered an indicator of good water quality.

Mississippi grass shrimp are similar in appearance to crayfish, but smaller and nearly see-through. They have five pairs of legs, the first two of which have pincers. The head of the grass shrimp, which is called a rostrum, has six to eight sawlike teeth lining the top.

These shrimp are just one of several crustaceans that live in Illinois. Others include crayfish, water fleas and scuds, according to the Illinois Natural History Survey. Of the more than 67,000 aquatic crustaceans in the world, less than 10 percent live in freshwater habitats.