Forget the groundhog, just watch for these signs for a weather prediction 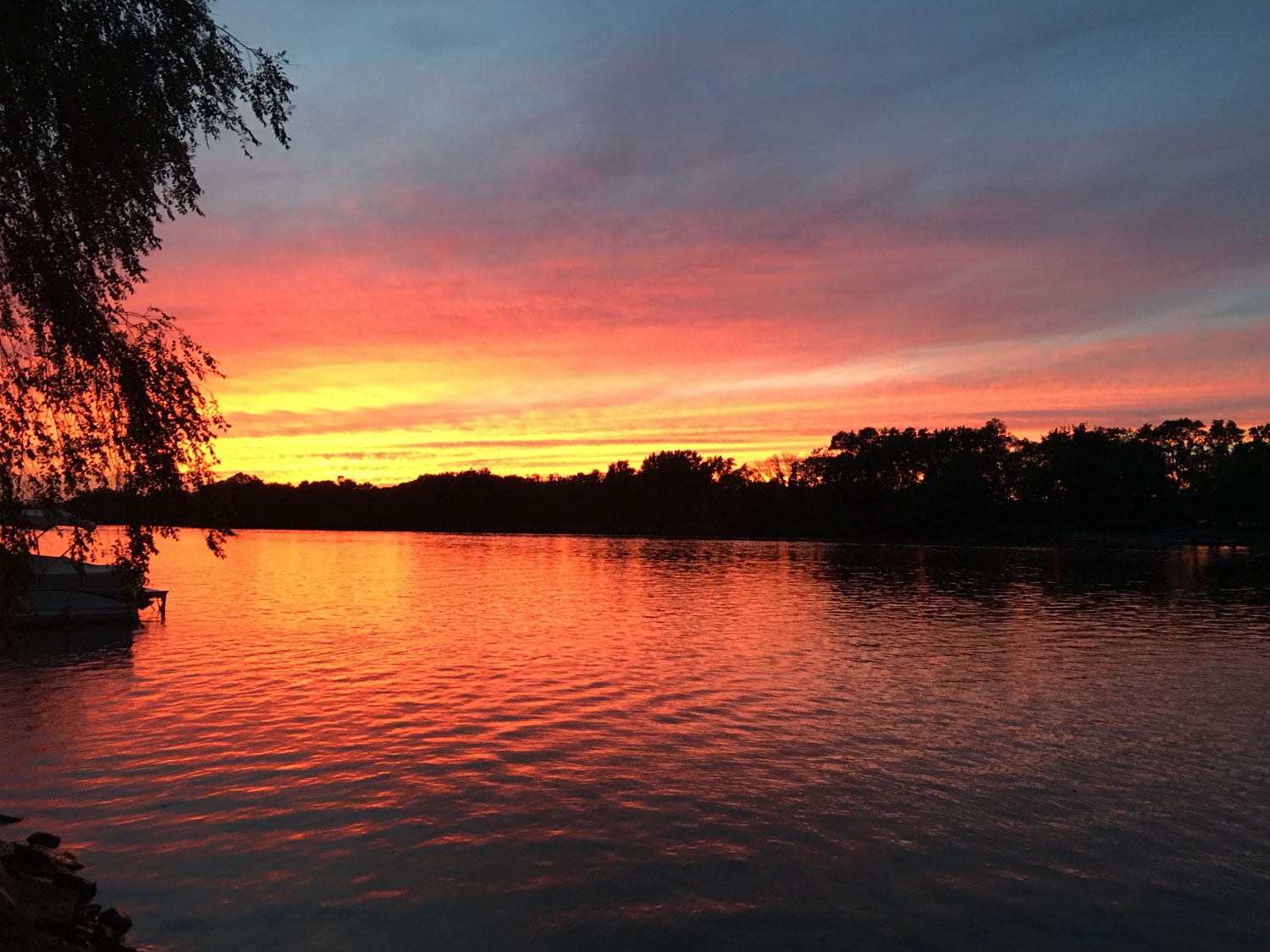 We all know the story of Punxsutawney Phil and his weather-predicting prowess. As the legend goes, if Punxsutawney Phil sees his shadow, there will be six more weeks of winter. If he doesn't see it, spring will soon be ushered in on winter's coattails.

In reality, the only thing Phil is forecasting is the weather conditions in the town of Punxsutawney, Pennsylvania, at the moment he is awakened each Groundhog Day, on Feb. 2. If Phil sees his shadow, it's because it's a sunny morning. If he doesn't, you can blame the cloudy or overcast skies.

The legend of the groundhog may not be rooted in science, but there are some signs in the natural world that can be an indicator of the weather to come.

A red sky at sunrise or sunset

Have you heard the old adage, "Red sky in the morning, sailor take warning. Red sky at night, sailor's delight?" Turns out, the sailors knew what they were talking about.

The red sky — or lack thereof  — has to do with high- and low-pressure weather systems and how the colors in sunlight's wavelength are scattered in different kinds of atmosphere, according to the National Oceanic & Atmospheric Administration.

The colors we see in the sky, whether it's the brilliant blue on a cloudless day or the reddish orange hues at sunrise or sunset, are the result of the rays of sunlight being split into the different colors of the spectrum as they pass through water vapor and other particles in the atmosphere. The amount of particles in the atmosphere is both an indication of the weather conditions and what colors we will see in the sky.

At sunrise and sunset, the sun is low, near the horizon, and the sun's rays are being transmitted through the thickest part of the atmosphere, according to the Library of Congress. When the sky is red, it's an indication the atmosphere is full of moisture and dust particles. We see the red color because it has the longest wavelength in the spectrum. The shorter wavelengths, like blue, aren't visible because they are broken up.

In a high-pressure weather system, the sky is usually clear and the atmosphere is filled with dirt and dust particles, an indication of good weather on its way. In a low-pressure system, you'll typically have cloudy skies, but the atmosphere is relatively clean, meaning rain or storms could be on the way, the NOAA reports.

If the sky is red when the sun sets, it means the sun's rays are being transmitted through a particle-filled atmosphere, signaling good weather is on its way. And if you're a sailor, that's good news because the seas will be calm. If the sky is red when the sun rises, the opposite is true: the high-pressure system (or good weather) has already passed to the east and a low-pressure system (bringing rain and storms) is moving in from the west. That's bad news for anyone sailing the high seas.

There's one catch to this clever saying: It only holds true in the middle latitudes of the planet, which include North America, because weather systems generally move from west to east.

The chirp of a cricket

It sounds like an old wive's tale, but you actually can tell how warm it is based on a cricket's chirps. They chip more when it's warmer and less when it's cooler. But only the male crickets chirp, often to attract a mate.

If you're good at counting and keeping time, you can determine the temperature (in degrees Fahrenheit) from a cricket's chirps with a simple equation: number of chirps in 15 seconds plus 37 equals approximate air temperature, according to the Library of Congress. Several other similar variations exist, such as counting the chirps in 14 seconds and adding 40. No matter what equation you use, your answer won't be exact, but it will  be within a few degrees.

A few caveats: Crickets don't usually chirp when the temperature is below 55 degrees F or above 100 degrees F, according to the University of Nebraska-Lincoln Department of Entomology. Other factors can also affect the insects' chirping rates too, including age, hunger and mating success.

Have you ever heard the saying, "Ring around the moon means rain soon?" Much like the saying about the red sky, this one also rings true.

The ring around the moon, called a lunar halo, is caused by high, thin cirrus clouds, which often precede a storm, according to EarthSky. These clouds are usually high in the atmosphere, more than 20,000 feet up.

The cirrus clouds contain millions of ice particles. You can see the halo because the light from the moon is both bring refracted and reflected on the ice crystals in the clouds.

These rings can also be seen around the sun, which are called solar halos. They can mean the same thing: rain may be on its way.

There are plenty of old wives' tales about animals that can predict the weather, but it's a mixed bag about whether they ring true or not. Many a farmer swears that cows begin to act differently before a storm, and you've probably heard a tale or two about everything from frogs to birds being able to predict the weather.

It makes sense that animals may act differently in advance of changes in the weather because many animals have heightened senses compared to humans. Many animals have better hearing and smell than us and can sense vibrations better than humans too.

And some bugs are more active before a rainstorm. Mosquitoes and black flies often swarm in the hours before a storm, then make themselves scarce just before the rain starts, according to National Geographic. This is because they like the humidity but don't like flying in the rain.

Have you ever noticed the leaves of the trees flipped upside down? This could be a sign rain is on the way. The leaves on some trees, such as maple and poplar trees, turn upside down in response to increases in humidity, according to Farmers' Almanac. When humidity suddenly rises, it often means a storm is brewing, so those flipped leaves can mean rain is imminent.

Pine cones, too, can signal weather changes because they react to changes in humidity and temperature. If you see pine cones closed up, it's because humidity levels are high, possibly indicating rain, or it's too cold outside, according to Scientific American. They will open back up again when the humidity levels decrease or temperatures increase. Closing up allows the pine cones to protect the seeds inside when the weather is not ideal for new seeds to take root.

Counting the time between lightning and thunder

This isn't really a weather predictor so much an indicator of how close a storm is. Obviously, if you can hear thunder and see lightning, there's a storm nearby. But you can tell how close a storm is by counting the seconds between a flash of lightning and a clap of thunder.

This is possible because thunder is the sound lightning makes, but light and sound travel at different speeds. Lightning will be seen immediately, but it takes the sound from the thunder about 5 seconds to travel 1 mile, according to the National Weather Service.