All our food waste contributes to climate change, but composting can help 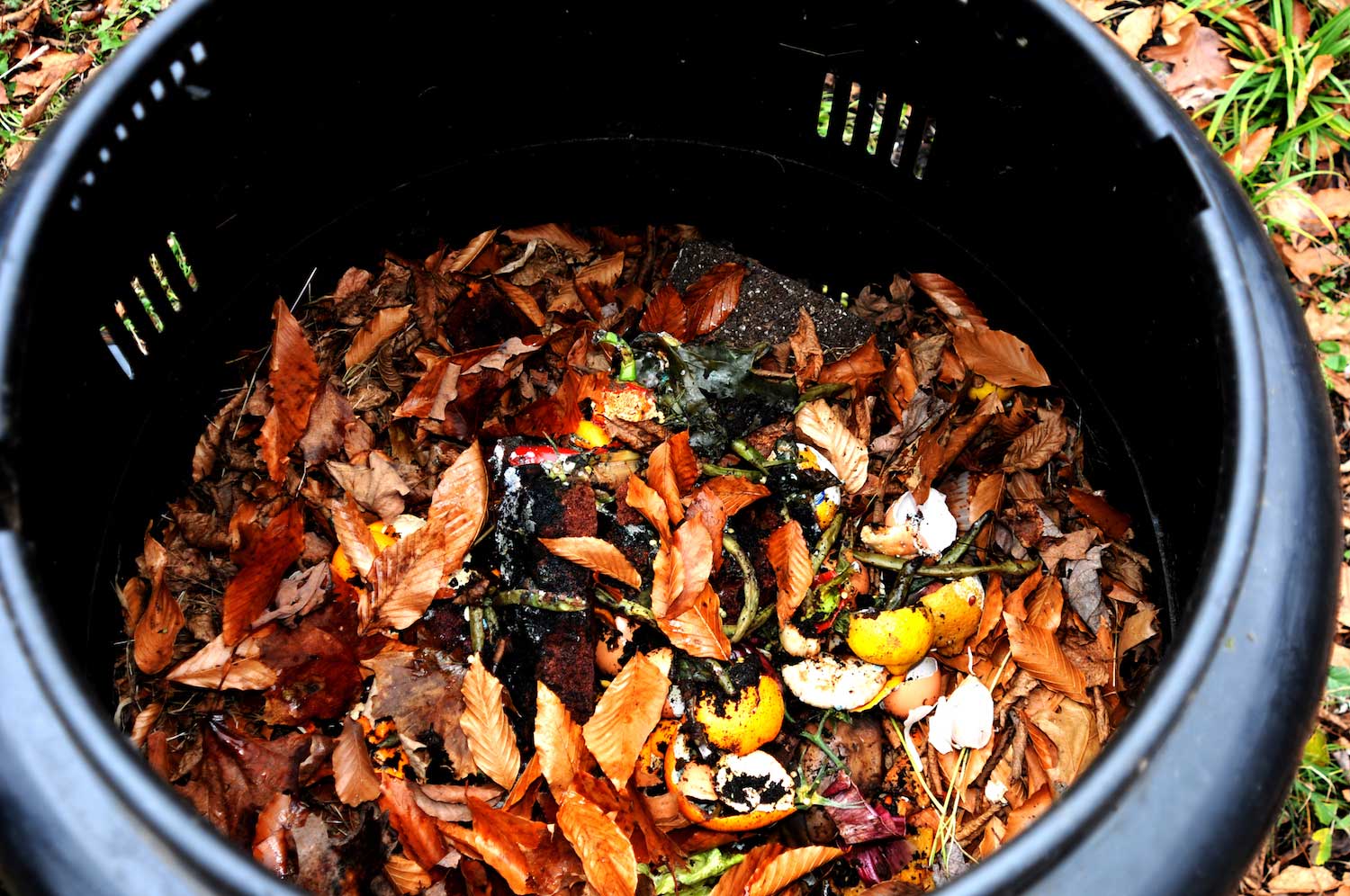 Most of us shop for groceries with the best of intentions, but you know what they say about best-laid plans. Despite meal planning, carefully reviewing recipes and writing out shopping lists, food sometimes goes to waste. Does this sound like you? You're not alone.

Between 30% and 40% of the American food supply becomes food waste, according to the U.S. Department of Agriculture. How much is that in dollars and cents? About $161 billion worth. All that uneaten food eats at our wallets too, with the average family of four spending about $1,500 a year on food that never gets eaten, according to the U.S. Environmental Protection Agency.

Where does all that food waste go? Lots of places. The largest portion of it — 36% — is sent to landfills, according to the U.S. EPA's 2018 Wasted Food Report. Another 21% is used to make animal feed, 10% is turned into biosolids, 9% gets returned to the soil, 8% is incinerated, 7% is donated, 4% is used to power sewer treatment and wastewater plants, 3% is composted and 2% is used for biochemical processing.

The food that makes it to landfills can really pile up. In Illinois alone, 19 million tons of food waste makes its way to landfills each year, according to the Illinois EPA. Food waste is all discarded food, including leftovers that aren't eaten, food that spoils or rots before being eaten, food scraps and the inedible parts of foods like banana peels and apple cores.

The trouble with letting all that food waste pile up in landfills is that it worsens climate change, the USDA reports. This occurs in two ways. First, food production, handling and transportation generate carbon dioxide emissions for naught because food that was produced, packaged and transported was never consumed. Then when wasted food makes its way to landfills it further contributes to climate change as it decomposes and generates methane, a particularly potent greenhouse gas that is 25 times more harmful than carbon dioxide, according to the U.S. EPA.

The best way to reduce food waste and food loss is, of course, not to allow it to be created in the first place, according to the USDA. Shop smarter, properly store food to extend its shelf life and make good use of leftovers. You can also take your efforts a step further by starting to compost at home.

Only 3% of food waste is composted, but composting significantly reduces methane emissions, the U.S. EPA reports. If you have a garden, compost can also help promote plant growth by balancing soil density. It also aids in soil's water retention and provides carbon sequestration. On a larger scale, compost can be used in reforestation, wetland restoration and habitat revitalization efforts by improving soil quality. And in agriculture, compost can reduce the need for chemical fertilizers and promote higher crop yields.

Not all food waste can be composted, but the list of what can be may be more expansive than you think. In addition to fruit and vegetable waste and scraps, you can compost coffee grounds and coffee filters, eggshells, nut shells and tea bags, according to the EPA. As long as you don't treat your grass or plants with chemical pesticides, you can also compost a lot of your yard waste, including grass clippings, leaves, wood chips and plant trimmings. Even recyclables like shredded newspaper, paper and cardboard can be composted instead of putting it out with your weekly recycling.

How much of what you put out at the curb each week do you think you could eliminate by starting a backyard compost pile? Individual efforts can add up in a big way. Between 6% and 8% of human-created greenhouse gas emissions would be reduced if we eliminated food waste, the World Wildlife Fund reports.

How can you get started with composting? The first step is to pick a spot in your yard. Look for a dry spot in the shade, preferably near or convenient to a water source, the EPA recommends. You can purchase a bin or tumbler for composting, but it isn't required. You can pile it on the ground, but it's a good idea to have a tarp to cover the pile so it stays moist but not too wet.

Surface area is important when composting. Chopping, shredding or grinding the food and other materials you compost increases the area that microorganisms can feed on your compost, speeding up the breakdown time. But you don't want particles to be too small or they will be too tightly compacted, preventing necessary oxygen from moving through the pile, according to the U.S. EPA.

You can help oxygen flow through your compost by turning it from time to time. Better oxygen flow will help speed up the decomposition. Moisture is important too. Water is what allows nutrients in the pile to become accessible to the microbes breaking everything down. Rainfall will help keep the pile moist, but if it gets too dry you can spray it with a hose or sprinkle it with water.

Lastly, keep in mind what things you shouldn't add to your pile. Meat and fish scraps; dairy products; and fat, grease and oil should not be composted because they can attract unwanted pests and also create odor problems in your compost pile, the U.S. EPA advises. Pet waste also shouldn't be composted because it can contain pathogens, parasites, bacteria and germs. Charcoal ash, black walnut tree leaves and twigs and plants that are diseased or infested with insects shouldn't be composted either because they can be harmful to other plants when the compost is spread.