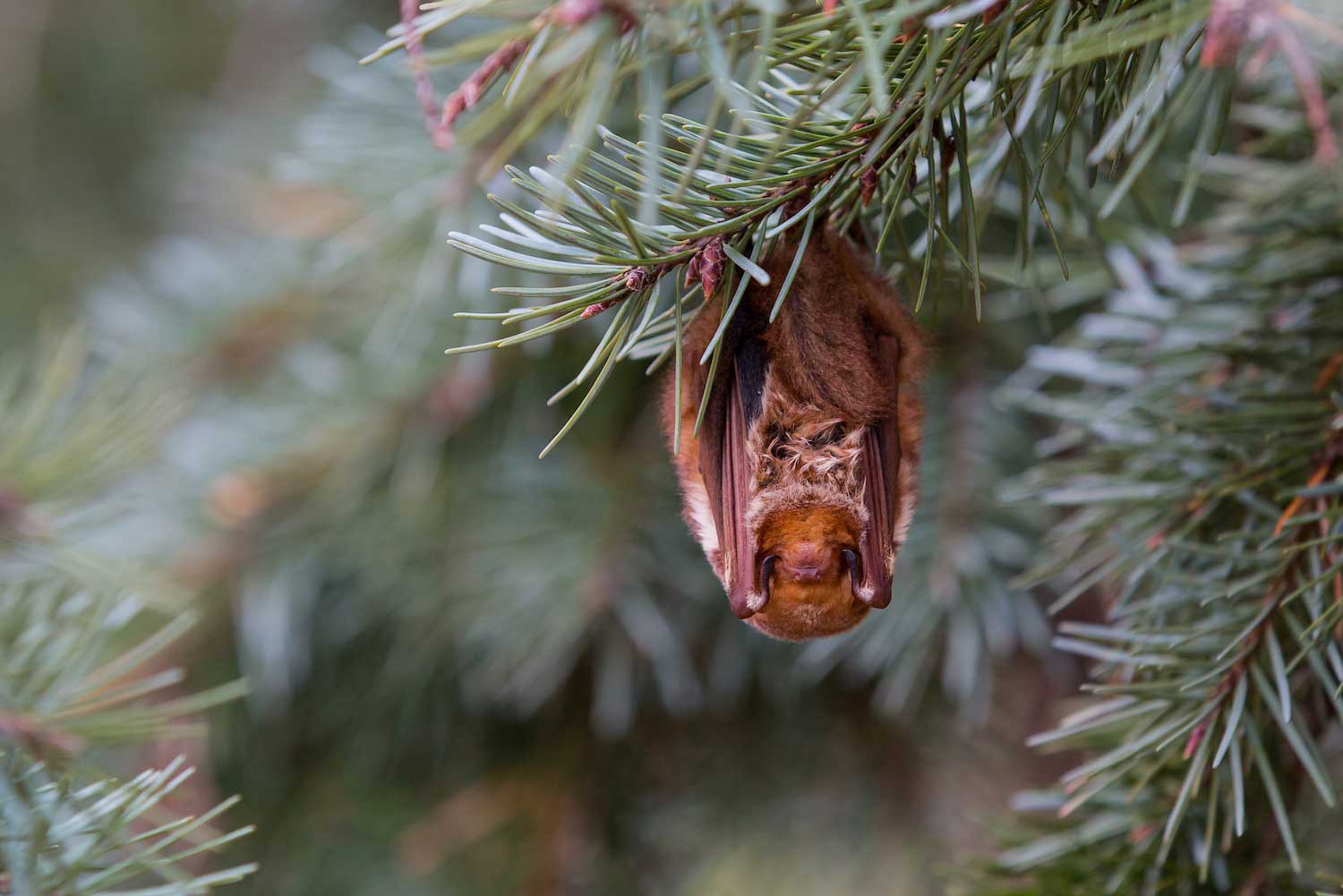 Whatever you think you know about bats, there's a chance at least some of it is false. For instance, bats aren't blind. Most actually have good vision. And if you've heard that bats are mice with wings, you can forget that piece of misinformation. Bats and mice are both mammals, but they aren't closely related.

Now that we've set the record straight on some common bat myths, let's learn more about these important creatures. For starters, more than 1,400 species of bats live all over the world, even in extreme climates like polar regions and deserts, according to the U.S. Department of the Interior.

Our local bats are big insect eaters, with many bats eating their body weight in insects every night. Bats are also somewhat unique in that they don't have many natural predators. In the animal kingdom, it's often eat or be eaten, but it turns out not many animals eat bats. Owls, hawks and some snakes are the only creatures that prey on them, the U.S. Department of the Interior reports. There's also one species of bat, the spectral bat, that eats other bats. Although bats aren't hunted by many animals, they do face many threats to their survival, including disease like white-nose syndrome, which has killed more than 90% of bat species like little brown bats, northern long-eared bats and tri-colored bats in less than 10 years. Other threats include habitat loss and land redevelopment.

Even if you do find yourself in vampire bat territory, you can rest assured that humans aren't their first choice when it comes to a blood meal. They mostly stick to livestock and birds, although they will feed on any type of animal, according to PBS. When they do bite, they only eat about 1 tablespoon of blood at a time, and they don't suck the blood. Instead, they lap it up like your dog or cat might drink from a water bowl.

When vampire bats bite, a protein in their saliva helps keep the blood flowing by acting as an anticoagulant to prevent the wound from clotting, PBS reports. Scientists who made the discovery cleverly named this substance Draculin, and it's been identified for possible use in humans to treat people who have suffered a stroke.

We have them to thank for many important foods

Insects get most of the credit for their pollinating power, but in some parts of the world bats are critical pollinators. We have them to thank for some very popular foods. Without bats, we wouldn't have popular fruits like avocados, bananas and mangoes, according to the U.S. Department of Interior. All told, more than 300 species of fruit rely on bats for pollination. And that's not all. We wouldn't have chocolate or tequila without bats either, because bats pollinate both the cacoa and agave plants.

Bats aren't pollinators in the upper Midwest, but they are vital for pollination in many desert and tropical climates across the world, according to the U.S. Fish and Wildlife Service. The most iconic cactus in the United States, the saguaro, depends on bats to help it reproduce.

Like with insects, pollination by bats is not intentional, just an accidental benefit of their foraging for food. The foraging bats visit flowers to eat pollen, nectar and sometimes insects in the flowers, and in the process they get pollen on their faces. As they move from flower to flower, they carry pollen from one flower to the next, helping them reproduce.

They are the only true flying mammal

Universal truths can be rare in the scientific world, but it is true that bats are the only mammal capable of flight. Bats belong to the Chiroptera order of animals, and Chiroptera means "hand wing." These so-called hand wings are how they are able to fly. A bat's wing is like a hand with four fingers and a thumb, and between the bones in their "hands" are thin flaps of skin that allow them to fly, according to the National Wildlife Federation.

Bats' wings aren't as strong as birds' wings, so they aren't easily able to take off from the ground, according to the Iowa Department of Natural Resources. This is why they hang upside down. From this upside-down position it's easier for them to launch themselves into flight. Even when they are on the ground, bats will use their front claws to climb up to a spot where they can more easily enter into flight.

If bats are the only mammals capable of flight, what does that mean for flying squirrels? Flying squirrels are able to take to the air, but they do it by gliding, not flying. They don't have wings that allow them to fly. Instead, a membrane connects their front and back legs, and they are able to glide through the air by launching themselves from a perch with their legs outstretched, the National Wildlife Federation reports. They can glide as far as 150 feet at once, using their legs to steer and tails to help brake.

Bats, they're just like us? Well, they are like us in that both humans and bats have belly buttons. And bats' belly buttons develop for the same reason that humans' do; it's where an umbilical cord connected the bat to its mother during pregnancy, according to Bat Conservation International.

Belly buttons are nearly universal among mammals, but there are a few exceptions. Two kinds of mammals — duck-billed platypuses and echidnas, of which there are four different species — lay eggs, so they don't have belly buttons because they never had umbilical cords, Treehugger reports. While these egg-laying mammals don't give birth to live offspring like almost all mammals do, they do share another reproductive trait with all their relatives. Like all other mammals, platypuses and echidnas do feed their babies milk.

Their litters are small

Many mammals have large litters of babies. Take skunks, which can have as many as 10 babies at once. Opossums can have between four and 25, and red foxes can have as many as 13 kits, with the average litter size being five, according to Animal Diversity Web. Large litters don't occur with bats, however. In fact, most bat species give birth to just one baby, called a pup, at a time, and they typically only have one baby a year.

One reason bats only give birth to one pup at a time is because baby bats are large relative to their small size. They can weigh up to one-third of their mother's weight. How does that compare to humans? It would be like us giving birth to a 40-pound baby, about the size of an average 2-year-old, Bat Conservation International reports. A female bat's belly can become so large during pregnancy that you can see the pup moving under her skin.

While most bats have only one pup a year, there are a few species that are known to give birth to two babies, and occasionally even three. Female evening bats and eastern red bats, for example, almost always give birth to twins, Animal Diversity Web reports.