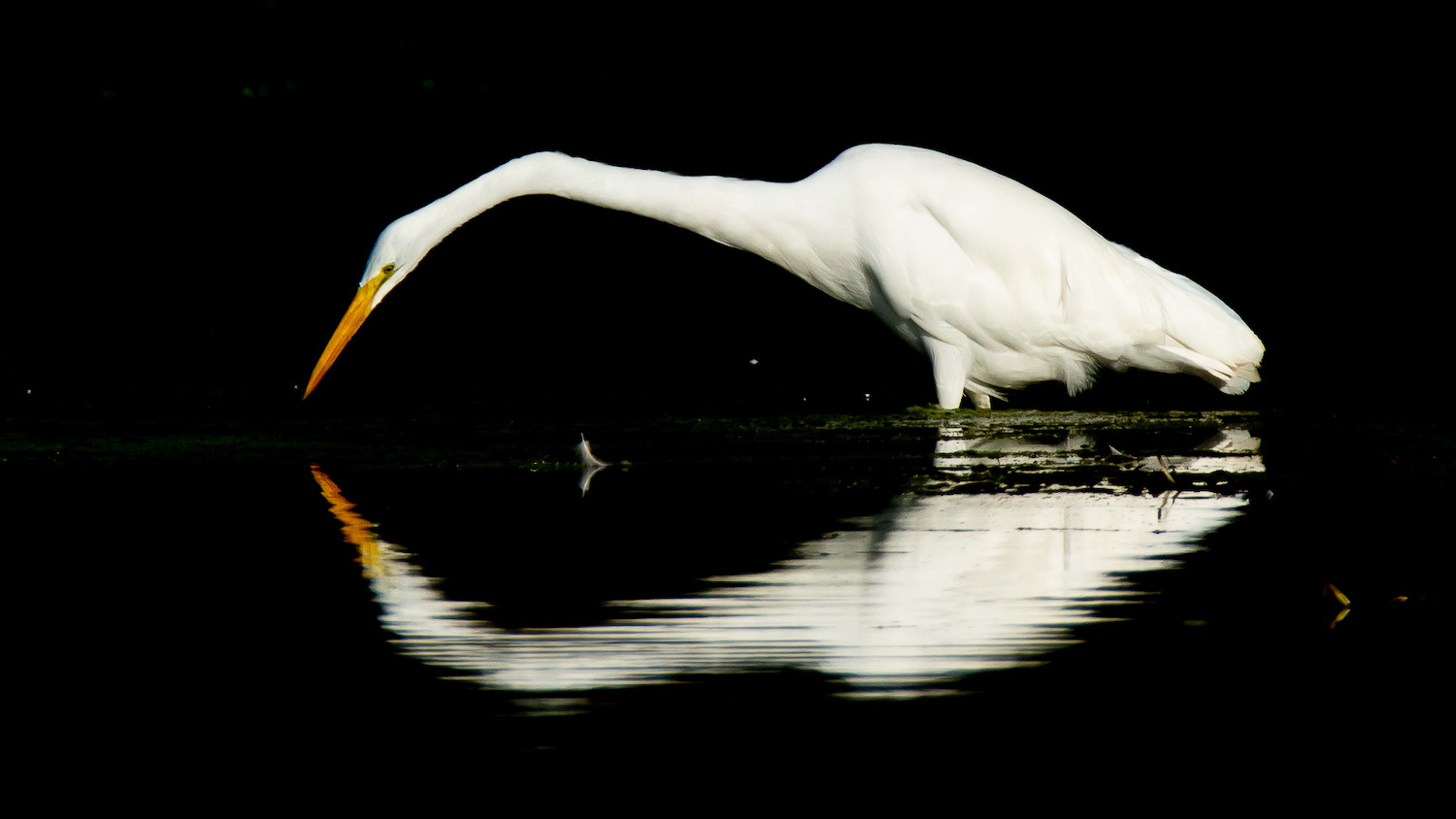 Our tallest birds are among our most striking and elegant, and the great egret certainly fits into this group of regal birds.

Great egrets are one of several egret species we see locally, but they are by far the most common, although that hasn't always been the case. They are wading birds, like the related great blue heron, so look for them in our local waterways, where they can often be seen hunting for food, according to the Cornell Lab of Ornithology.

Great egrets are migratory, so we typically see them locally from spring through fall. Birds in the southern United States may not migrate, but the birds that come this far north for the summer spend their winters in Central and South America or sometimes as far away as the West Indies, Cornell Lab reports.

Read on to learn more about these graceful birds.

Egrets were saved from extinction

Great egrets are a common sight here and elsewhere across their range, but in the late 1800s their population was decimated nearly to the point of extinction. Why? Because of their feathers.

Great egrets grow delicate, all-white feathers during their breeding season that were sought after for hats and other fashionable apparel items during the late 19th century and early 20th century. These feathers were in such demand they were literally worth more than their weight in gold. At the turn of the 20th century, the feathers were worth $32 per ounce — twice the price of gold at that time, according to the National Parks Conservation Association.

Thousands upon thousands of egrets were slaughtered for their feathers in the name of fashion, the American Bird Conservancy reports. In some cases, entire colonies of adult egrets were shot and killed, leaving their hatchlings to starve to death.

They flash some dashes of color

It’s true that great egrets have all-white plumage, but they do flash a few colors, especially during breeding season. Besides their white bodies, they have black legs and orangish-yellow bills. During breeding season, they develop a bright green patch on their faces between their eyes and their bills, according to the Cornell Lab of Ornithology.

This isn’t the only change great egrets undergo to impress potential mates during breeding season. They also grow those long, lacy feathers that were so sought after it almost led to their extinction. They use those delicate feathers, called aigrettes, as part of their mating display.

These aigrettes are also what the birds are named after. The word aigrette is French for “silver heron,” and the English term egret was derived from this French word, the American Bird Conservancy reports.

They aren’t picky when it comes to food

Egrets are wading birds, so it makes sense that fish are the staple of their diet. They aren’t picky, though. In addition to fish, they also eat other aquatic animals like crustaceans, reptiles and aquatic insects, the bird conservancy reports. They don’t limit themselves to aquatic animals, though. On land, they will also eat small mammals, amphibians, birds and insects.

In the water, they hunt like many other wading birds do. They wade slowly through the water, looking for prey to pass by, the Cornell Lab reports. They’ll also sometimes stand completely still, waiting for prey to come to them.

They mostly hunt from the water, but they do occasionally go into grassy areas to hunt on land. In places where lizards are common, they will peruse through shrubbery looking for a reptile meal. And in some areas, they aren’t above trying to snatch foods like turkey legs from unsuspecting visitors at amusement parks and other attractions, according to the American Bird Conservancy.

They live alone, but together

Great egrets are mostly solitary birds, but during breeding season they often congregate in large groups called colonies or rookeries, the American Bird Conservancy reports. These colonies can include many other egrets as well as birds of other species, typically other wading birds like herons and other egret species.

In anticipation of nesting season, male egrets will court a female with behaviors such as preening their wings, ducking their heads, stretching their necks and, of course, fanning their aigrettes, the bird conservancy reports. Once paired, the male will choose a territory, and the pair will together build their nest from stems, sticks and twigs. The female typically lays three or four eggs, and the pair both share in caring for the newly hatched birds.

The Forest Preserve’s Lake Renwick Heron Rookery Nature Preserve is a good example of a rookery used year after year by egrets and other birds, including herons and cormorants. Nesting structures have been built on islands in the lake, and these structures are full of birds during the spring and summer nesting season. Regular access to the Heron Rookery Nature Preserve is restricted from March 1 to August 15 each year to protect the nesting activity. During this time, the rookery is only open for regularly scheduled birding programs.

They have a dark side by human standards

Nature isn’t always pretty and nice, and humans have a tendency to view animal behaviors that don’t align with ours as wrong. One such example is the practice of siblicide, or the killing of other offspring by a nestling, which is not uncommon among great egrets and many other birds, including other egret species, hawks, herons and owls, Cornell Lab reports.

Egret nestlings have to compete with each other for food, and these competitions can be violent and deadly. In many cases, the stronger, dominant chicks will stab their younger and weaker siblings to death, according to Cornell Lab. Egret chicks will also attack nest intruders.

Siblicide is not well understood, but it is typically more prevalent in years with poor breeding conditions. When food is not plentiful, parent birds will typically favor their first-hatched offspring, and they, in turn, will kill off the youngest hatchlings, according to the New York Times. In years where there is enough food to go around, all the hatchlings are more likely to survive. 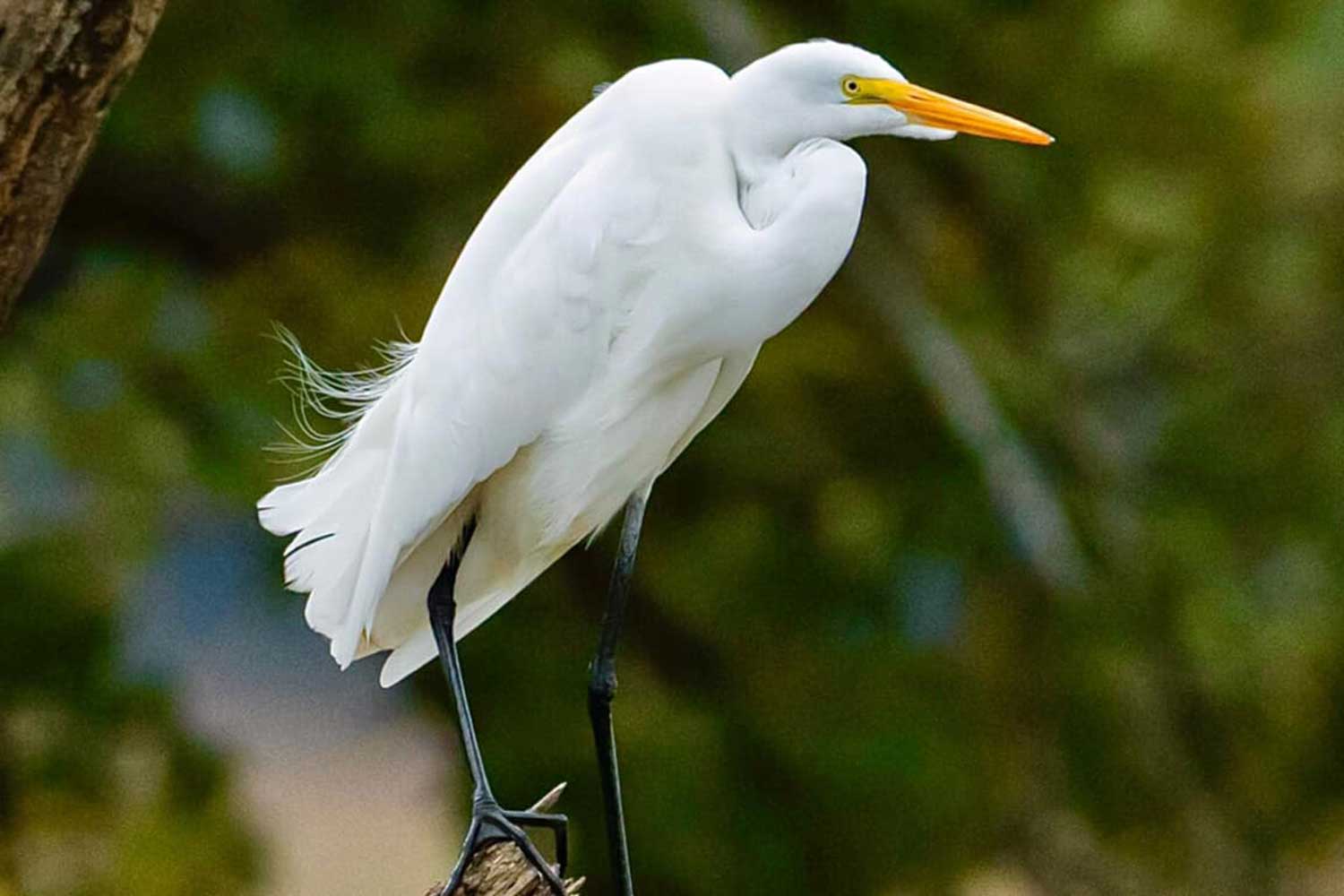 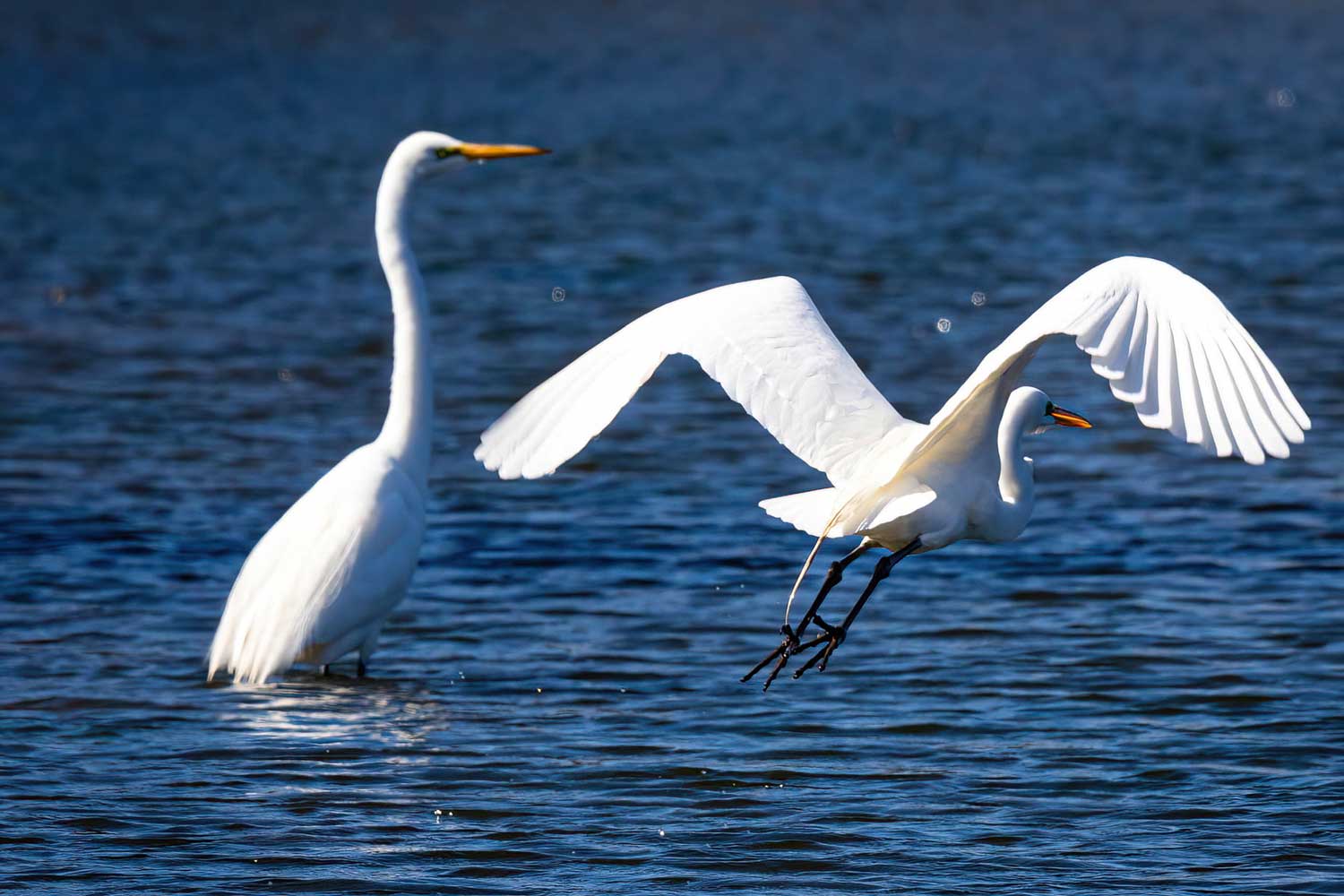 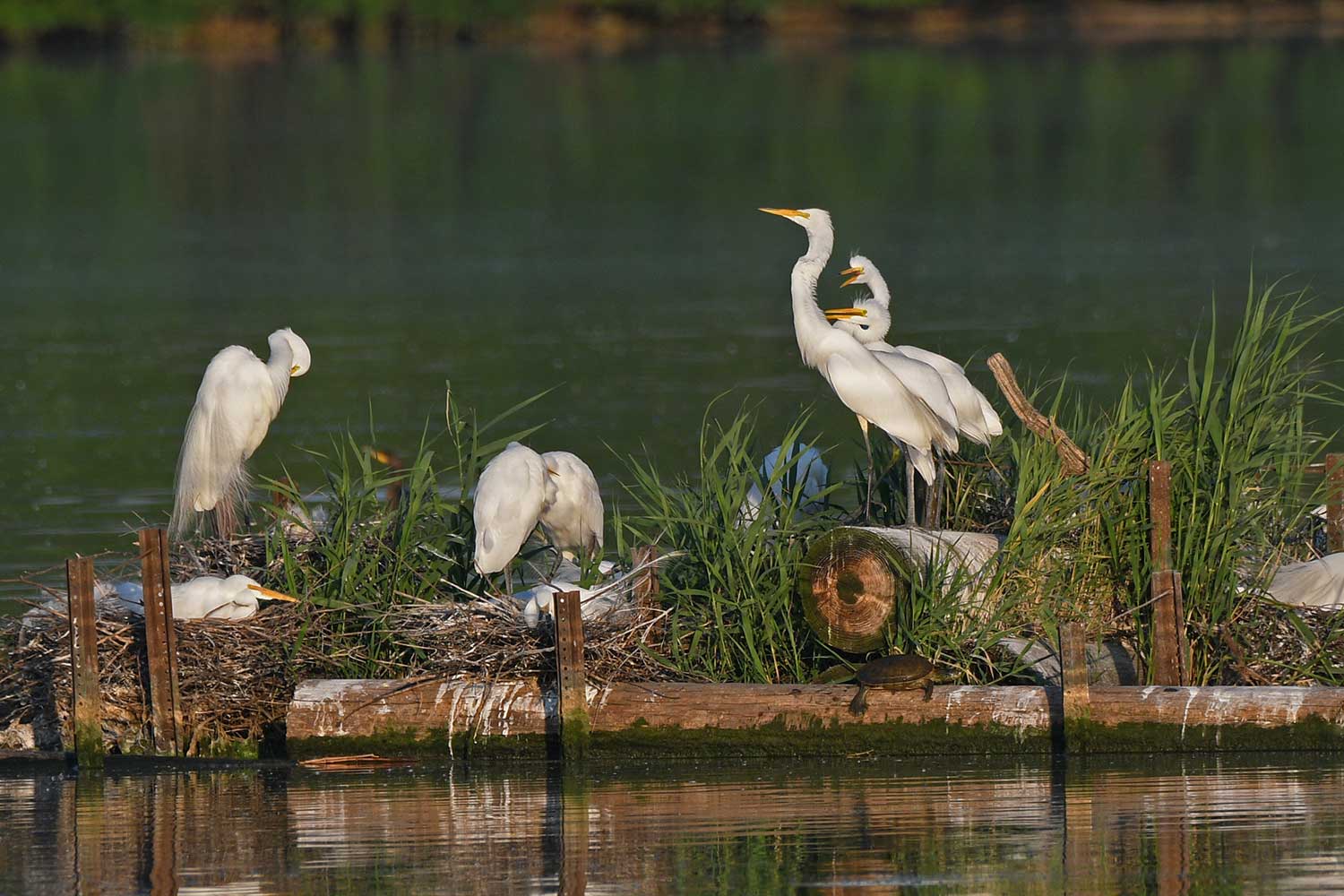 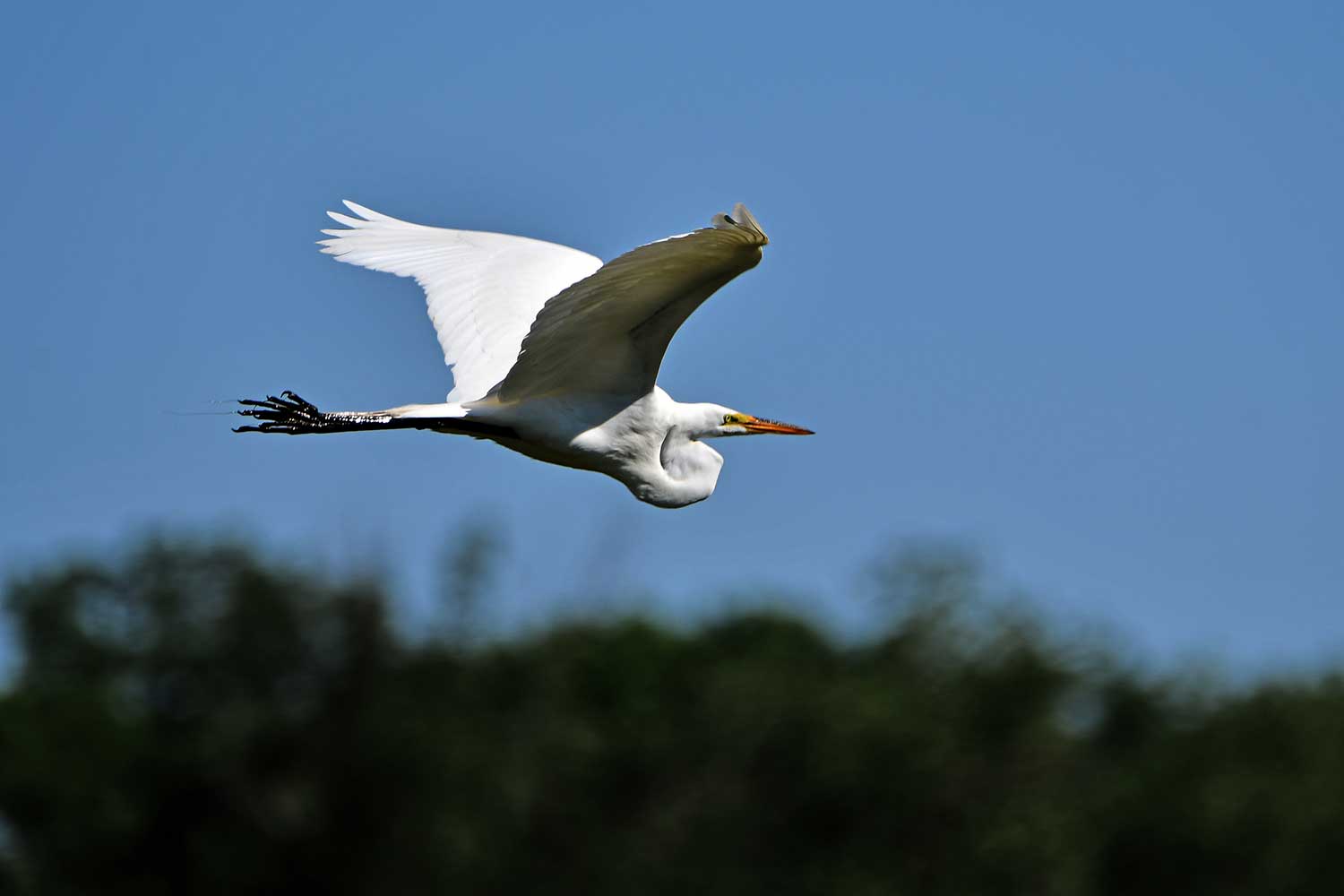 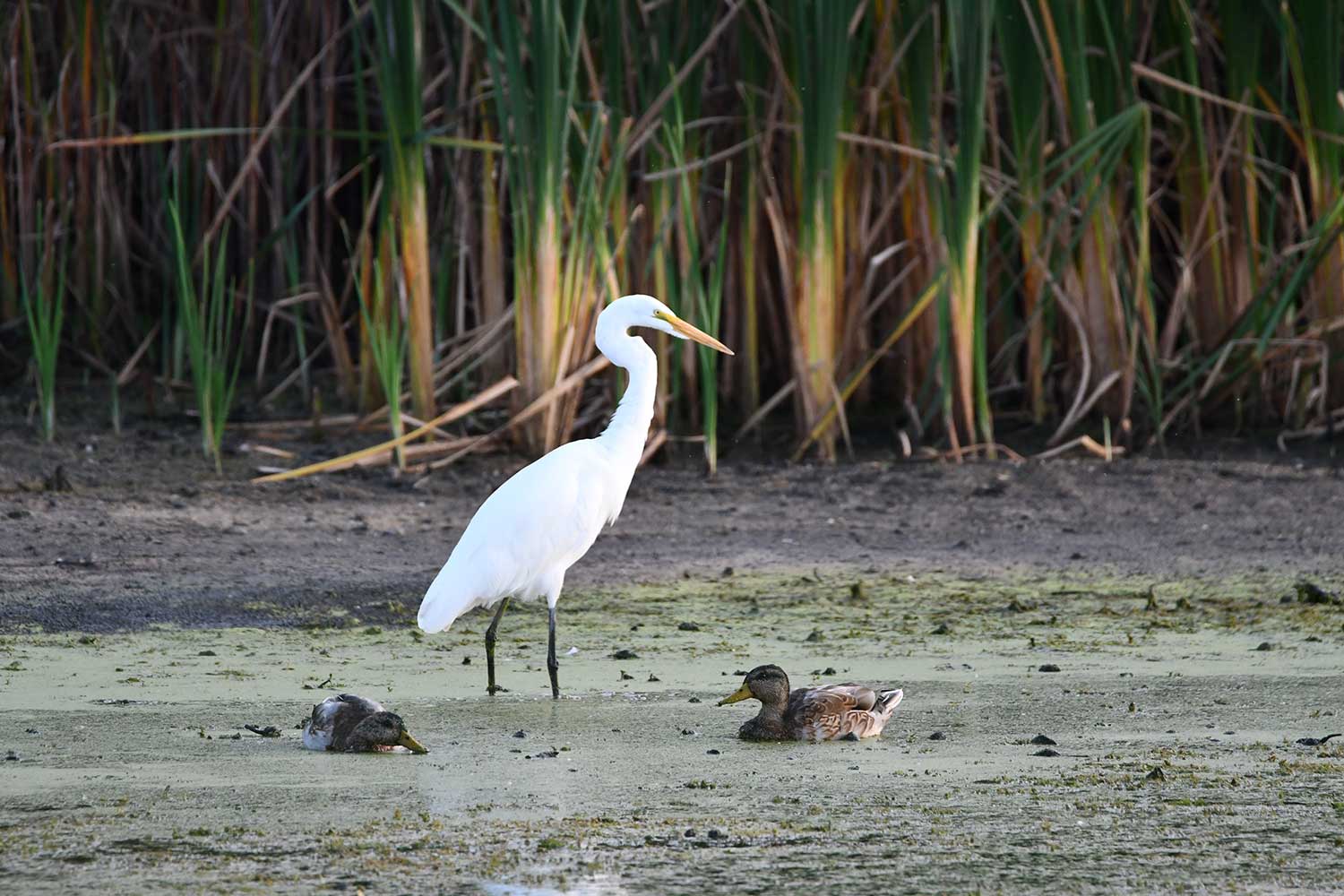