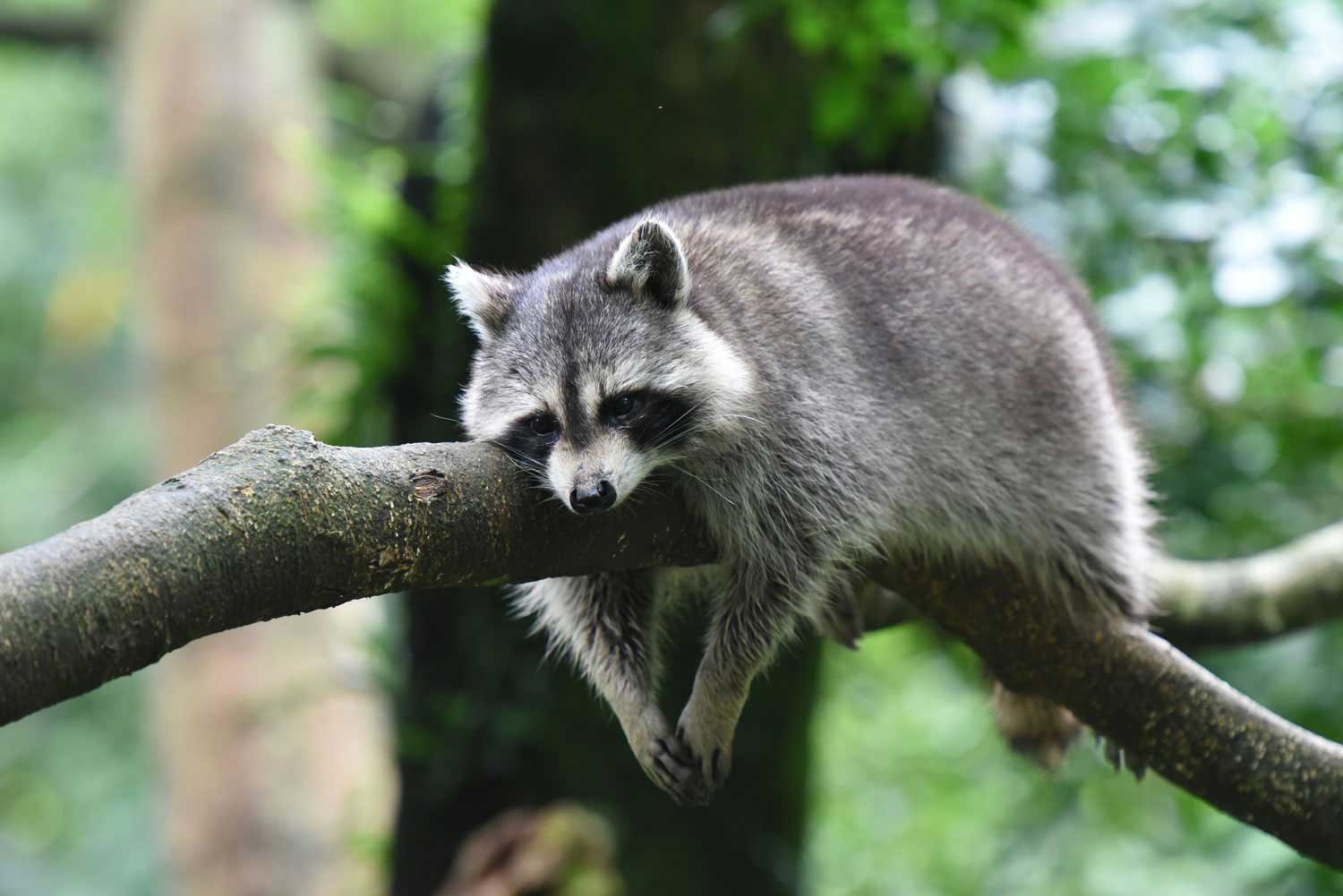 Raccoons are known for their mischievous ways, making them both beloved and bemoaned by the humans they live alongside.

These crafty mammals live across most of the United States and Mexico and parts of Canada. In Illinois, they are widespread across the state, and their population has increased substantially in the last 100 years, Wildlife Illinois reports. In fact, it is believed that there are more raccoons living in Illinois today than at the time settlers from Europe first arrived.

Raccoons have been able to thrive because of their opportunistic ways. They can live most anywhere as long as food, water and shelter are available, and they aren't picky eaters, according to Wildlife Illinois. They are omnivores, and will eat almost anything they can get their paws on.

Read on to learn much more about these clever critters.

Raccoons are pretty crafty when it comes to getting into garbage cans, bird feeders and all manner of containers where they might find a tasty meal inside, and they have their front paws to thank for this skill. Many people have learned the hard way that they can use their front paws to open doors, untie knots and unlock gates, giving them a reputation for being mischief makers. Although their front paws are very adept, raccoons do not have opposable thumbs like humans and some primates do, Northern Woodlands reports. They do, however, have five long fingers and five long nails. Although they cannot hold an object with one hand because they lack thumbs, they are able to hold an object with both hands and manipulate it.

Adding to their dexterity is that they have an excellent sense of touch. They have four times to five times more sensory cells in their paws than most mammals, and about 75% of the part of the brain that processes sensory input is dedicated to touch, according to National Geographic.

Even their name is a nod to their highly skilled front paws. The term raccoon is derived from the native Powhatan word "arahkunem," which means "animals that scratches with its hands," PBS reports.

They wash their food — or do they?

Raccoons have a seemingly odd habit of washing their food before they eat it, dipping it in water before consuming it, Treehugger reports. Even their scientific name, Procyon lotor, is a nod to this noteworthy behavior, with lotor meaning "the washerman" in Latin, according to Treehugger. But this behavior isn't really about cleanliness at all. In fact, raccoons go through the same motions with their food even when there is no water to dip it in.

Instead, this dipping behavior, called dousing, is because of the sensitive nerves in their front paws, which enhance their sense of touch. When they dip their paws in the water, they are trying to gather more sensory data, Treehugger reports. A study found that wetting their paws made the nerves in their front paws more responsive, but even without water this behavior helps raccoons better eat their food.

RELATED READING: HOW TO KEEP RACCOONS AWAY FROM YOUR BIRD FEEDERS

Their bandit masks serve a purpose

Raccoons are often referred to as trash pandas and trash bandits thanks to their scavenging ways, but both those nicknames are also a nod to the black "mask" that covers their eyes. The black markings look like a bandit mask and also are similar to the black fur giant pandas have around their eyes, and in raccoons the mask isn't just for show. Instead, it is thought that the black masking helps enhance their night vision and also reduces glare, according to PBS. This is beneficial because raccoons are mostly nocturnal and not usually active during the day.

Aside from their black masks, raccoons have mostly brown or grayish-brown fur, although their fur can range in color depending on their habitat. Their only other black markings are on their tails, which can have anywhere from four to 10 black rings, Animal Diversity Web reports. They share their distinctive ringed tails with a related animal, the ringtail.

Ringtails and raccoons are both from the Procyonidae family of mammals. Their ranges overlap in some parts of the United States, but ringtails do not live as far east as Illinois. They are mainly found in the west, from southwestern Oregon as far east as eastern Kansas and as far south as northern Mexico, according to Animal Diversity Web.

They thrive in cities

Aside from animals like birds and squirrels, we don't usually think of animals as city dwellers, but raccoons are a notable exception. You may not see raccoons often in urban areas, but they are certainly there, living their best life. Many things about raccoons make them perfect for city life. For starters, they are almost entirely nocturnal, which helps them avoid encounters and confrontations with people, National Geographic reports. They will also eat just about anything, from insects and other critters to fruit from trees to food scraps they find in the garbage. Their manual dexterity is also a boon for city living, helping them with everything from catching a meal in waterways to opening latches and garbage cans for easy access to food and shelter.

City living is so good for raccoons that trash bandits living in urban environments generally have a much smaller range than those living in more rural environments, according to National Geographic. A raccoon in a city may live most of its life in a radius of just a few blocks, with all its food needs readily accessible, while those in more far-flung environs may have a home range of between 1 1/2 square miles and 10 square miles.

They can carry rabies and other diseases

When we think of rabies, we often think of bats, but any warm-blooded animal can be a carrier of rabies, according to The Humane Society of the United States. Raccoons, too, are one of the primary carriers of rabies, along with the aforementioned bats as well as skunks and red foxes and gray foxes. These species are the primary carriers of rabies and are considered vector species, or species that can transmit a pathogen to another living organism.

Seeing a raccoon active during the day isn't necessarily cause for concern or an indicator that animal may have rabies. Instead, raccoons with rabies may be unaware of nearby noise or movement, a staggering gait or erratic wandering, noticeable discharge from their mouth or eyes and matted or wet facial fur, the Humane Society reports. You can call your local animal control agency if you see a raccoon showing signs of rabies.

Although rabies is fatal in humans if not treated promptly, don't fear raccoons. Only one person in the United States has ever died from the stain of rabies carried by raccoons, according to the U.S. Centers for Disease Control and Prevention. However, rabies is not the only disease raccoons can carry. They can also have distemper, a disease that can also infect dogs. In addition, raccoons can be infected with any number of parasites, including tapeworm and a roundworm that is infectious to humans, Wildlife Illinois reports. 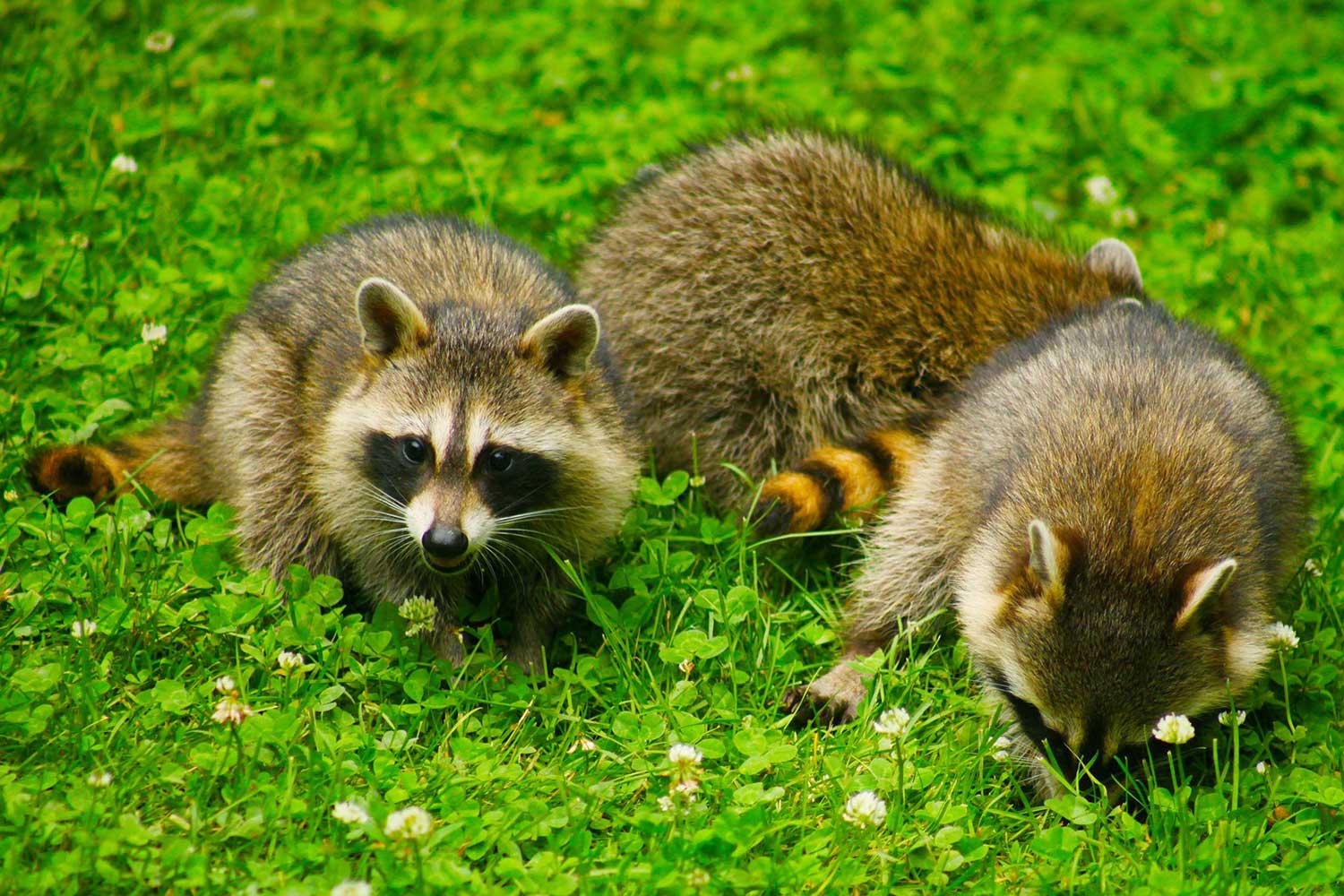 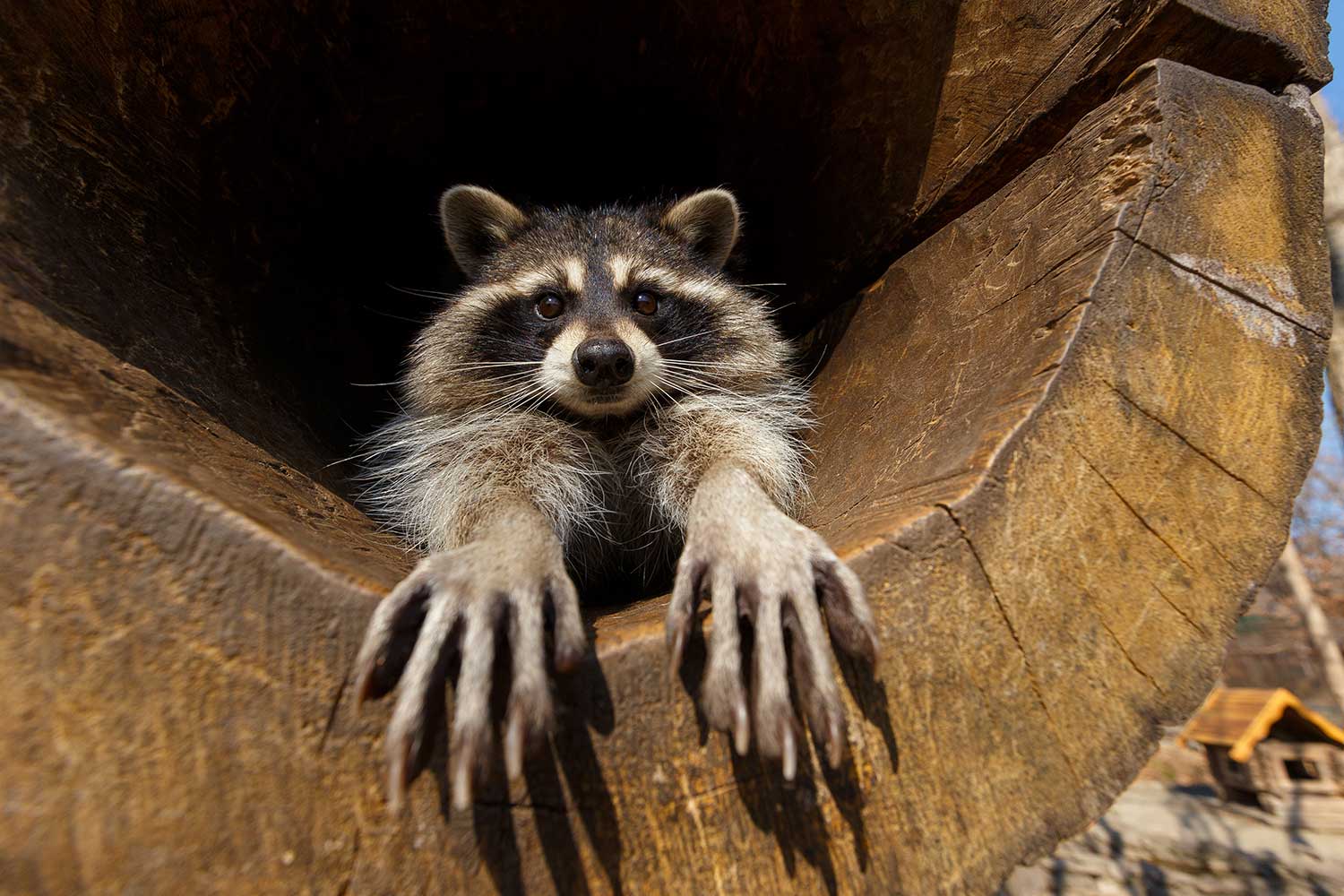 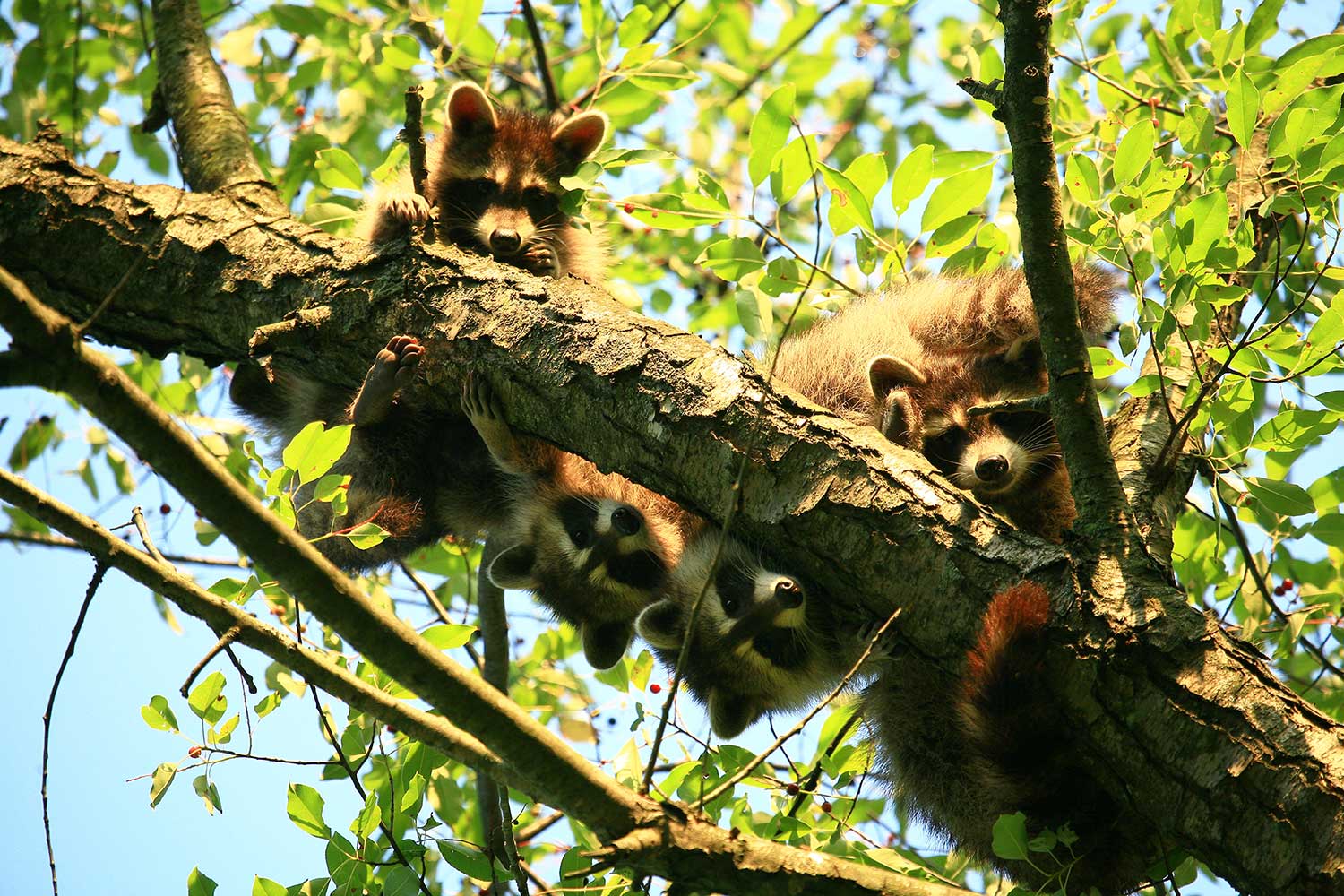 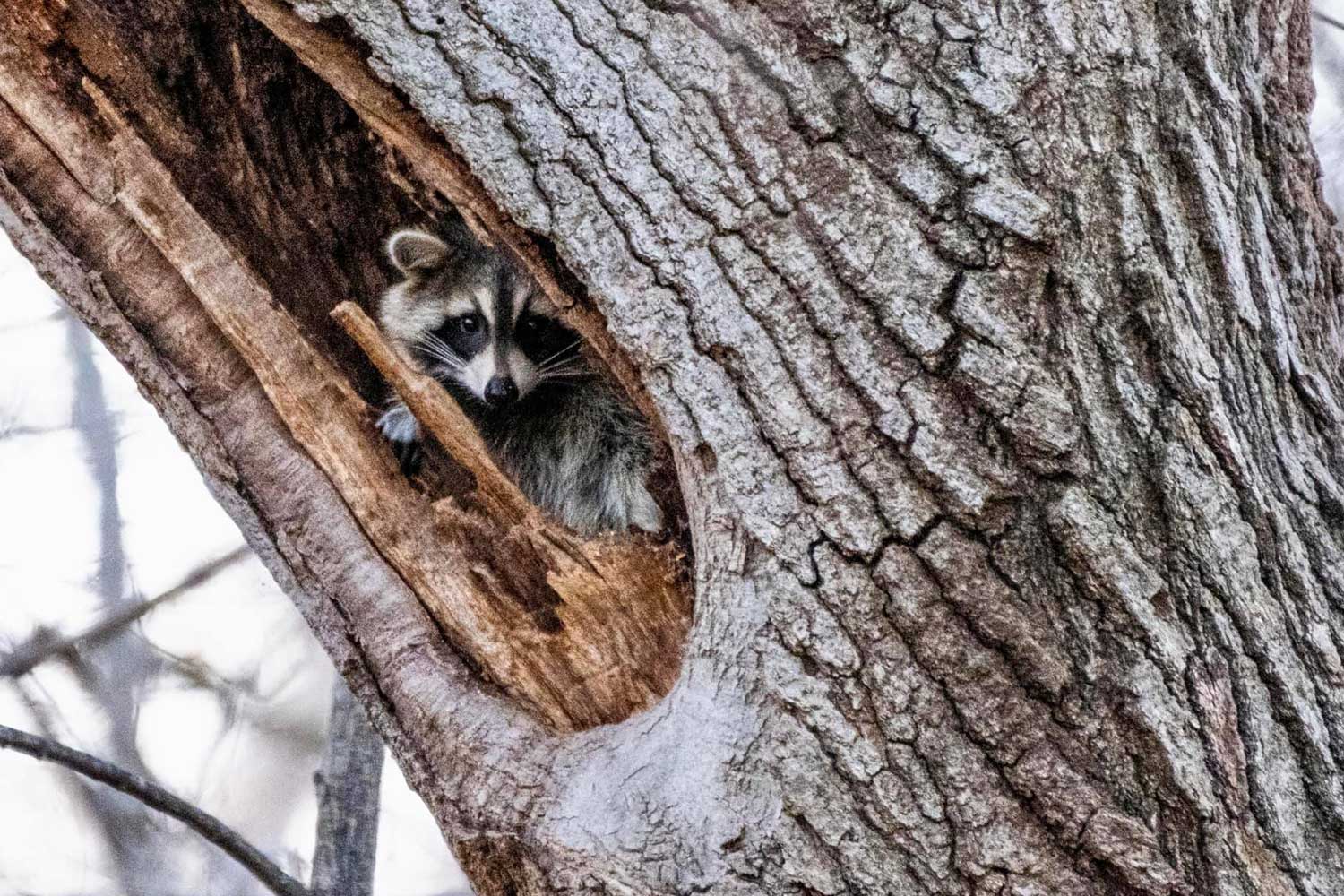 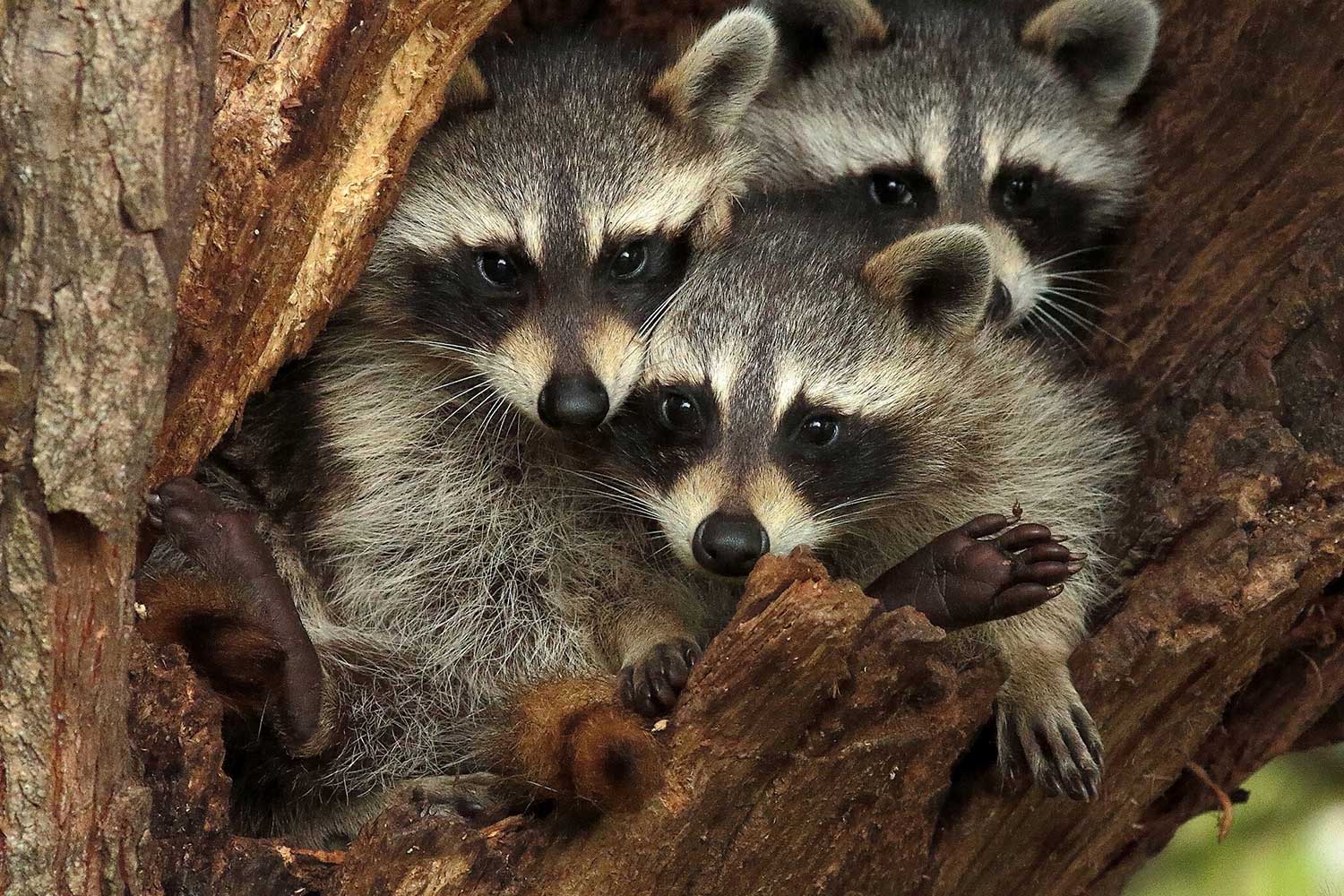 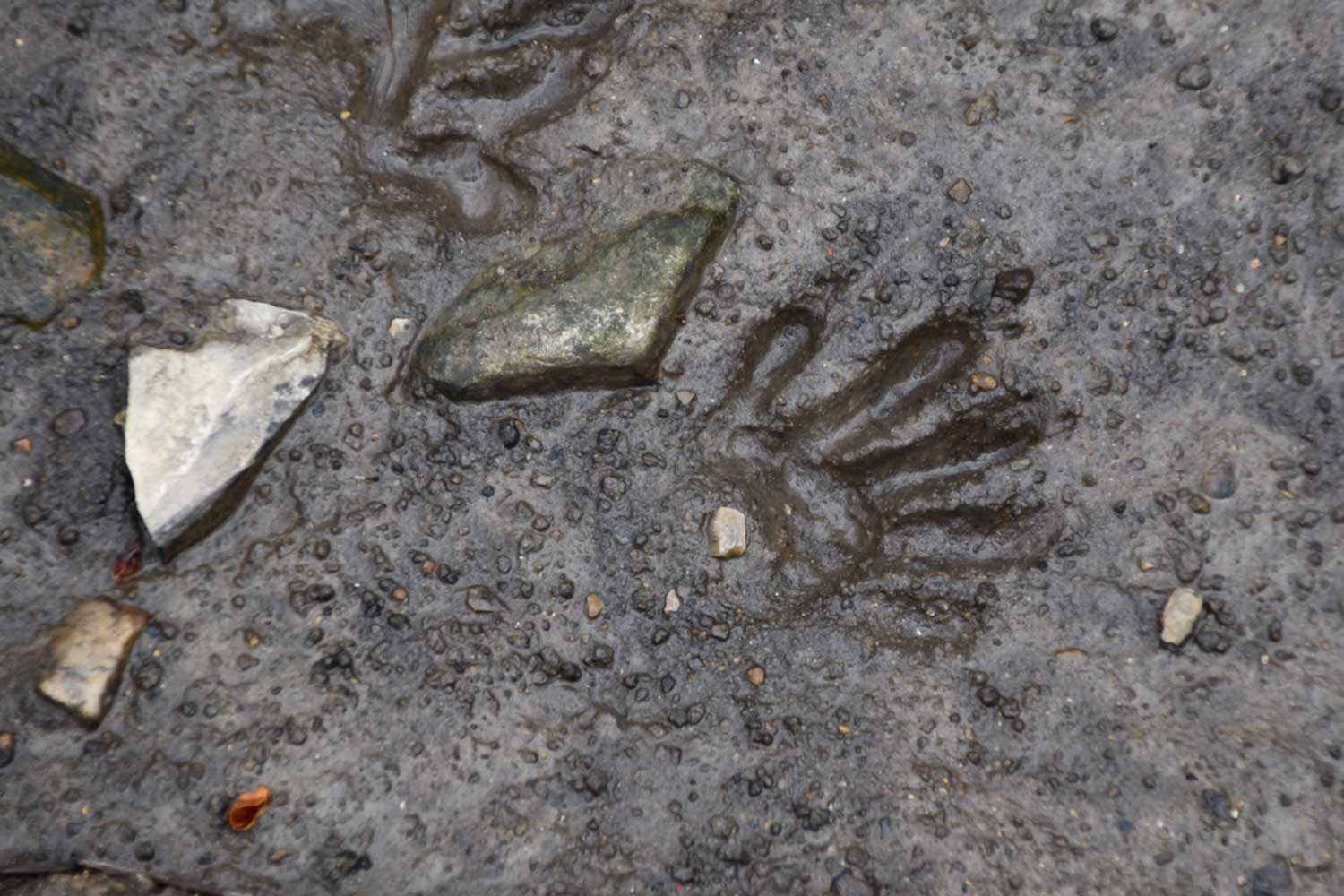 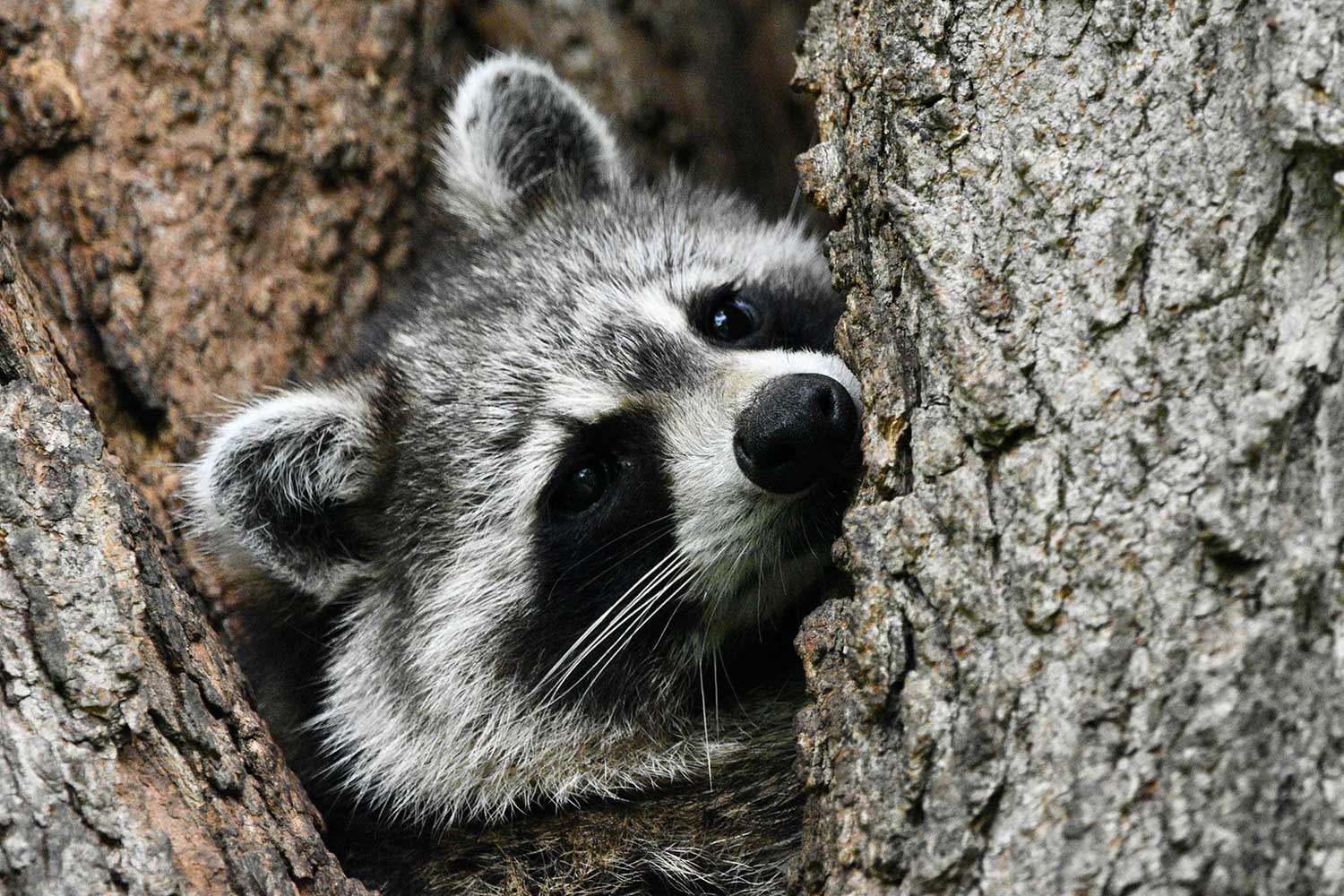