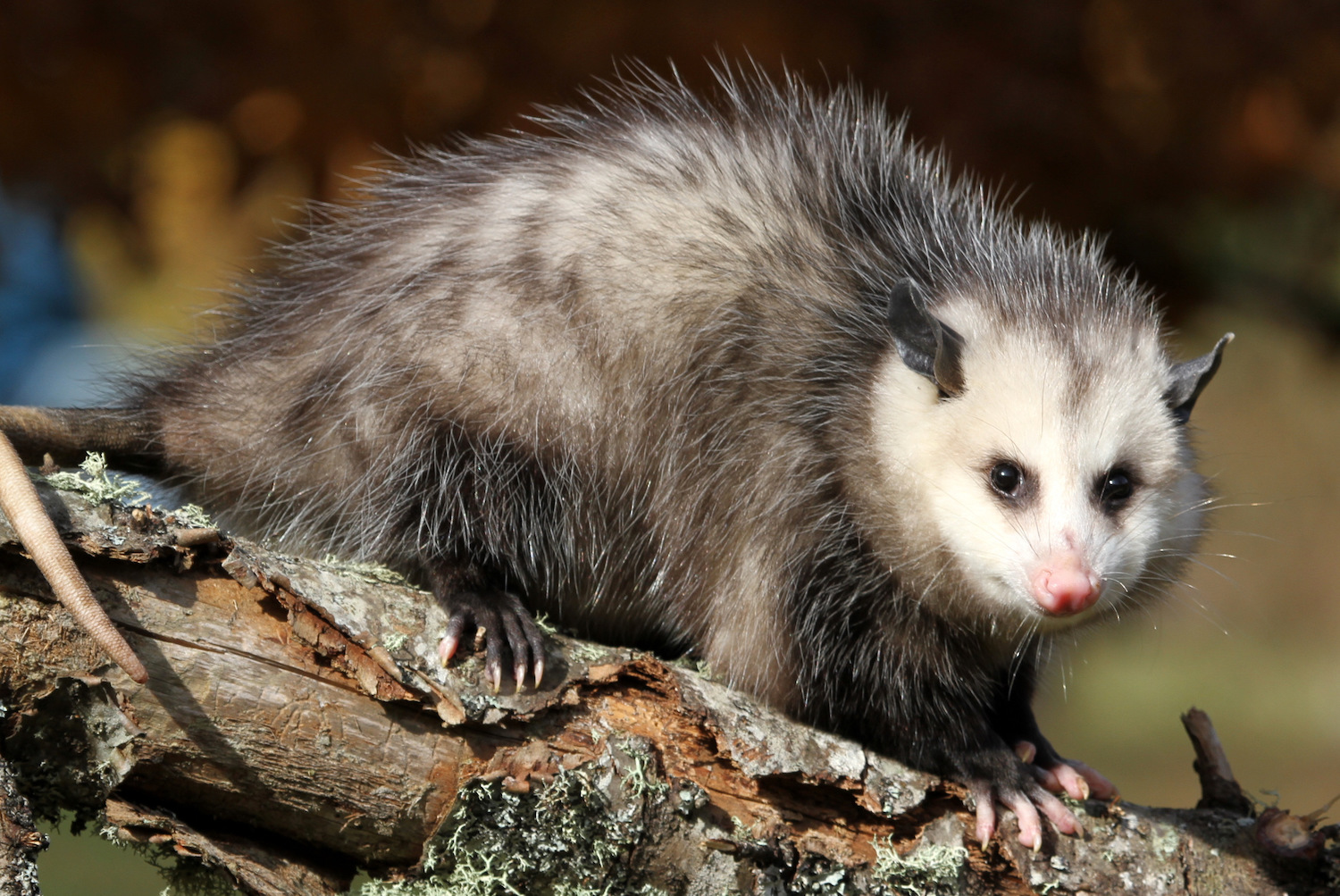 With their so-ugly-they're cute appearance, opossums are one animal that's easy to identify and not often confused with any other local wildlife. Once you've seen one, there's no mistaking an opossum for anything else.

Appearances aside, opossums are interesting in many ways. For starters, they have 50 teeth — more than any other mammal in North America, according to Wildlife Illinois. They also have tails that are often compared to those of rats, and like rats their tails are prehensile (capable of grasping objects) and can be used to help them balance and climb.

And that's just the tip of the iceberg when it comes to what sets opossums apart. Read on to learn more fun facts about these animals.

They have a superpower

Opossums aren't superheroes like Batman and Spider-Man, but they do have something of a superpower that's beneficial to their survival. They are immune to the venom inflicted by honeybees, scorpions and rattlesnakes, among other venomous animals, and they are also unaffected by toxins such as botulism, according to the National Wildlife Federation. In addition, opossums rarely contract rabies because their normal body temperature is too low for the virus to survive, and they only rarely contract Lyme disease from tick bites.

They are immune to the effects of toxins and venoms because of a neutralizing factor in their blood. This may be helpful to humans down the road because scientists are studying it for use in creating anti-venoms.

That playing dead act is legit

Sometimes, bits of information about some of our relatives in the animal kingdom can get a little distorted and twisted, but opossums acting dead when threatened is not an example of this. Opossums legitimately do play dead, but it's not a voluntary response. Instead, it's a physiological response to danger that they have no control over, like fainting is for humans, according to the San Diego Zoo.

The act can be pretty convincing, too. The opossums will pull back their lips to bare their teeth, foam at the mouth and even emit putrid-smelling secretions from their anal glands to sell the act, the zoo reports. So convincing is their playing dead that some opossums have been killed or injured by well-intentioned people who bought the act. If you come across an opossum that appears to be dead, the best thing to do is leave it be. They can remain in this catatonic state for anywhere from a few minutes to a few hours. Once they regain consciousness, they will carry on their way.

They are North America's only marsupial

When you think of marsupials, some of the well-known inhabitants of Australia's rugged terrain probably quickly come to mind, and rightly so. Of the more than 330 marsupials in the world, two-thirds live in Australia and most of the remaining one-third live in South America, according to the Australian Museum. Just one, the Virginia opossum, lives in the United States and North America.

Australia's pouched animals include the most famous marsupial of all, the kangaroo, plus other well-known animals like koalas, Tasmanian devils, wallabies and wombats. They also have many species of opossums Down Under, but these are different animals entirely than our North American opossums.

Like all baby marsupials, baby opossums are called joeys, and those pouches that marsupials are so well-known for are a key part of the joeys' development. Female opossums are only pregnant for 13 days before giving birth to babies that are as small as honeybees, the San Diego Zoo reports. Immediately after birth, the joeys will crawl into their mother's pouch, where they continue to develop. Because of their small size, not all joeys will survive. While litters can be as large as 20, the average surviving litter size is about eight.

Joeys will stay in their mother's fur-lined pouch for about two months, but even afterward they stick close to their moms for awhile. Between the ages of two months and four months, the joeys will not be in the pouch full time, but they are still dependent on their mothers for food and shelter. It's during this time when you may see the young opossums engaging in that all-too-cute behavior of riding around on their mother's back. After about 100 days, the joeys are able to survive on their own.

Opossums are opportunistic eaters, meaning they eat whatever is readily available to them, including plants and animals. They also will rummage through our trash or get into containers where food is stored for a quick and easy meal. In areas where ticks are prevalent, opossums can eat huge numbers of ticks, with a single opossum devouring as many as 5,000 ticks per season, according to the National Wildlife Federation.

Opossums consume so many ticks because they are fastidious groomers, and they eat most all the ticks they pick off their bodies. In fact, more than 95% of the ticks that try to feed on opossums are instead eaten by the opossums, the wildlife federation reports. Ticks aren't the only undesirable thing they keep in check. Opossums also eat cockroaches and small rodents like rats and mice. Plus they sometimes eat carrion, or dead animals.