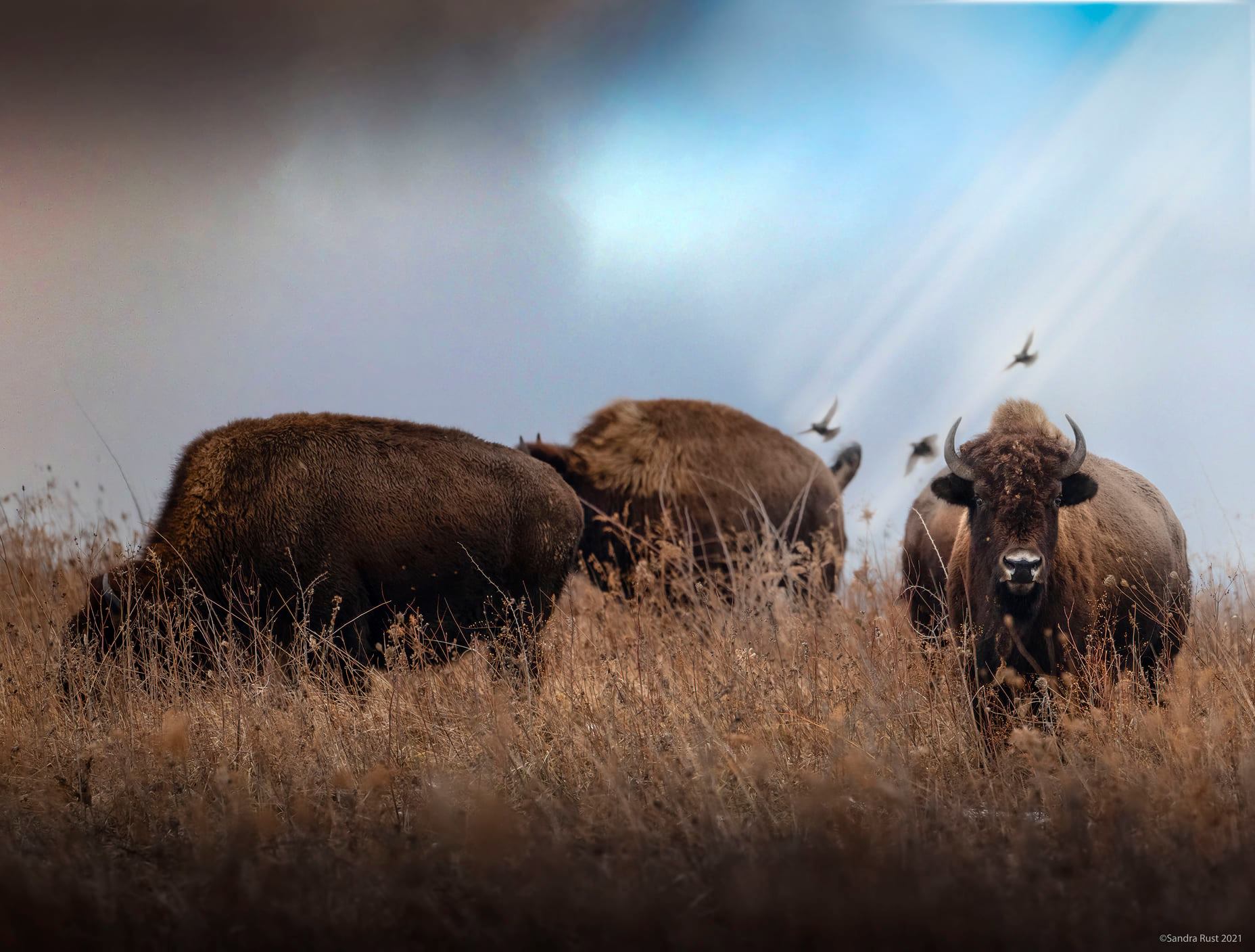 What’s fast on its feet, has a major vertical jump and can quickly pivot when in defense mode? No, it’s not a professional basketball player with superstar skills. It’s our national mammal, the American bison. And what you don’t know about these scraggly bearded giants might actually surprise you. Read on for five fascinating facts about bison.

Bison are the largest mammals in North America, but don't let their size fool you. Despite weighing about a ton, they have a vertical jump of up to 6 feet, are good swimmers and can spin around quickly to defend themselves against predators. They've also been clocked at 35 mph to 40 mph when running at full speed.

Their tails tell a story

If a bison's tail is hanging down and switching naturally from side to side, it usually means the bison is calm, according to the U.S. Department of the Interior. But if a bison's tail suddenly stands straight up, be on alert. It may be ready to charge. "It's great to love bison," the agency states, "but love them from a distance" due to their unpredictable nature.

They're known to wallow

Pigs aren't the only animals that like to wallow in the dirt. Bison will roll around in dirt to help shed their fur and try to prevent the bites of pesky insects. They will also wallow during mating season to leave behind their scent and show off their stamina.

Bison have been around since prehistoric times, and Yellowstone National Park is the only place in the United States where bison have lived continuously, according to the National Park Service. This means the animals that currently roam the park are the pure descendants of these earliest ancestors.

While the American bison was close to extinction in the late 1800s, today — thanks to the efforts of conservationists — bison can now be found in all 50 states, including at national parks and wildlife refuges and on private lands. The total bison population in the United States is between 400,000 and 500,000, with about 30,000 living in public and private herds that are managed for conservation purposes, the park service reports. The remaining bison are raised as livestock.

They have built-in snow plows

A bison's shoulder hump isn't just a pretty decoration. It's made up of muscle and supported by long vertebrae that let the bison use its head to plow through snow. Because bison are plant eaters and forage between nine and 11 hours a day, this special skill comes in handy in the winter. It allows this massive animal to swing its head from side to side, clearing the snow and creating foraging patches.

RELATED: ANIMALS BACK FROM THE BRINK