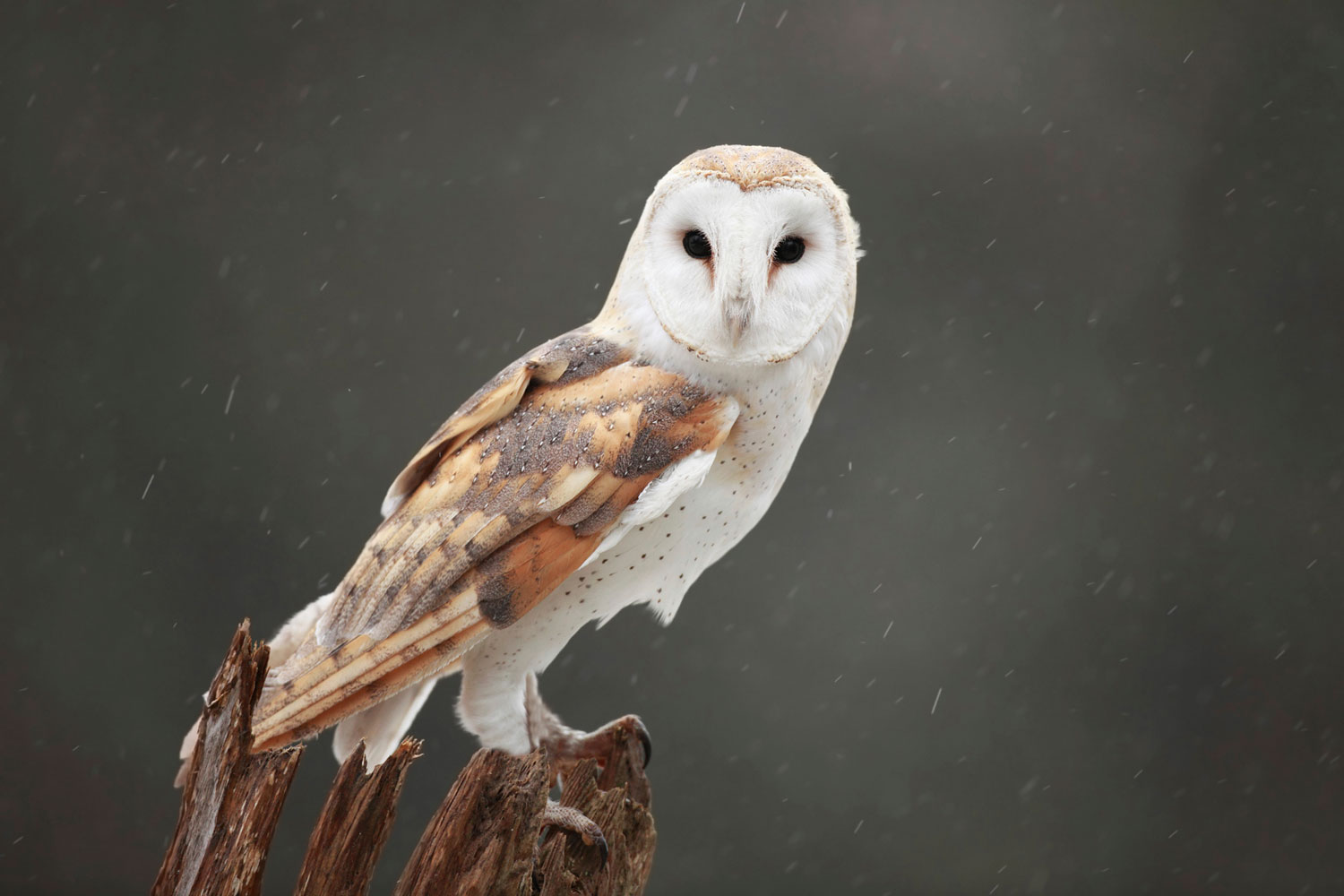 A barn owl. (Photo via iStock)

Owls are mainly creatures of the night, making them mysterious and even a little bit mystical. Many owls are masters of camouflage, far more often heard than seen. But owls are always among us right here in Will County.

Their necks have great range of motion, but not as good as you may think

As the myth goes, owls can turn their heads all the way around. That's not quite true, but they can rotate their heads 270 degrees, just a quarter turn short of a full revolution. That means an owl can see to its right by turning its head to its left, and vice versa.

If you were to try to turn your head that far, you would tear tendons and rupture blood vessels and arteries in your neck. But an owl has several special anatomical features that allow for this head-turning ability. To start, owls have just one socket pivot connecting their heads and bodies, while humans have two, which limits our range of motion, according to National Geographic. Owls also have many vertebrae, which further enhances their range of motion.

In addition, an owl's circulatory system is designed to accommodate this ability. The birds have a network of backup arteries which supply nutrients when blood vessels are clamped by their head turning.

This ability to turn their heads so far from side to side is actually a necessity. Owls can't rotate their eyes in their sockets, so they must turn their heads to see anything not directly in front of them.

Owls are excellent hunters, but they don't rely on their sense of smell to find unsuspecting prey. They actually don't have much of a sense of smell at all, according to The Owl Trust. Instead, they rely on a keen sense of hearing to find their prey.

Not having a sense of smell allows owls to hunt some species that most other animals avoid, namely skunks, because of their noxious discharge. Not being able to smell isn't that unusual among birds of prey. Most, including eagles and hawks, can't smell, the Owl Trust reports. The turkey vulture is rare among raptors in that it has an excellent sense of smell, which it uses to sniff out animal carcasses.

Owls are virtually silent in flight

Most birds make noise while flying because of the turbulence in the air created by flapping their wings. And as you would expect, bigger birds with bigger wings creature more turbulence and, therefore, more sound. But not owls. They fly almost silently.

So how do they do it? It has to do both with their size relative to their wings and their feathers. Owls have large wings relative to their body mass, and that allows them to fly slowly. They are able to glide a lot in flight, rather than flap their wings, according to the National Audubon Society.

Their feathers also help them fly without making much sound. The feathers on the leading edge of their wings end in comb-like structures that break up the turbulent air caused by flapping their wings. The turbulence usually creates a swooshing sound we associate with birds in flight, but it's dampened in owls because of these comb-like structures. In addition, owls also have velvety feathers on the trailing edge of their wings that further absorb the sound caused by flight.

They're a farmer's best friend

Owls feast on a variety of animals. Some smaller owls mainly eat insects and small mammals, while many larger owls hunt mammals and sometimes reptiles, amphibians and even other birds, including owls. A particular favorite for many owls is rodents, including mice, rats and voles.

Because owls prey on rodents, they can make a farmer's life easier by controlling the populations of pests that damage and threaten their crops. Of particular help to farmers are barn owls because of their penchant both for preying on rodents and inhabiting — you guessed it — barns and other old, abandoned buildings, according to the Cornell Lab of Ornithology.

A family of five barn owls — two adults and three offspring — can consume 1,000 rodents each nesting season, according to the University of California Division of Agriculture and Natural Resources. For this reason, farmers often install nesting boxes for barn owls, hoping to attract nesting pairs that will control the rodent populations in their fields, the Sierra Club reports.

Of course, it's not just barn owls keeping the rodent population in check. Nearly all the owls that live in Will County include rodents as part of their diet.

They can be very big or very small

The smallest owl in the world — the elf owl — stands only 5 inches or 6 inches tall and weighs just 1.5 ounces, or less than one-tenth of a pound, according to the National Audubon Society. Just how small is that? A stack of nine nickels would weight about the same as an elf owl, according to Reference.com.

Elf owls live mainly in Mexico, but we do have some tiny owls of our own here in Will County, although not so tiny as the elf owl. The smallest owl in Will County is the northern saw-whet owl, which stands between 7 inches and 8 inches tall and weighs less than half a pound, according to the Cornell Lab.

The elf owl and even the northern saw-whet owl are dwarfed in comparison to the great gray owl, which is the tallest owl found in North America. These owls can stand up to 32 inches tall with a wingspan of up to 5 feet, although the great horned owl and the snowy owl — two owls more familiar to Will County residents — both weigh more. Great horned owls can weigh up to 5.5 pounds, while snowy owls can tip the scales at as much as 6.5 pounds, according to the Cornell Lab.