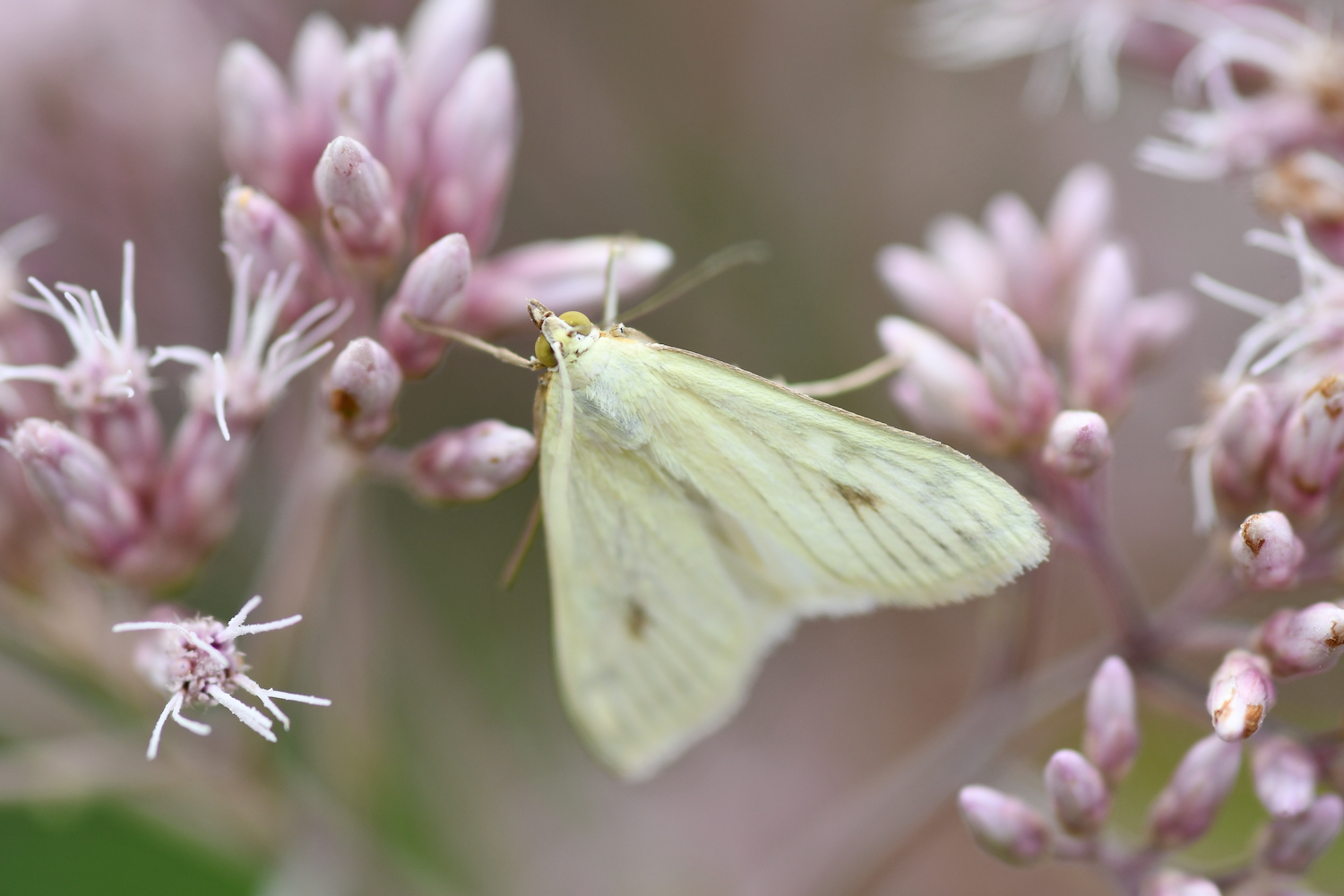 In the animal kingdom, moths are considered something akin to butterflies' ugly stepsisters. They're not as beautiful as butterflies, not as eye-catching or delightful to see as they wing their way by. And while it may be true that moths in general aren't as big and breathtaking as butterflies, they have a lot in common.

Both moths and butterflies belong to the insect Order Lepidoptera. The term Lepidoptera means scale-winged, with lepid meaning scale and ptera meaning wing, according to the Illinois Department of Natural Resources. Moths and butterflies share the same four-stage life cycle, going from egg to larva to pupa to adult. Both also do important work as pollinators, although butterflies tend to get a little more attention in this department.

As much as they have in common, there are also some key differences. Moths and butterflies hold their wings differently at rest, and their antennae are different as well. Moths are much older than butterflies too. They are as old as the dinosaurs, first appearing about 200 million years ago, according to IDNR. Butterflies are only about 40 million years old.

Let's take a closer look at moths and what makes them so special.

They are way more plentiful than butterflies

Illinois is home to about 1,850 species of moths, far more numerous than the 150 butterflies that live in the state, IDNR reports. The largest moth in Illinois is the cecropia moth, with a wingspan of 5 inches to 6 inches. It is also the largest moth in all of North America.

Moths are divided into many different families based on various characteristics. The largest is the Noctuidae family, which includes about 25,000 moth species, including underwing moths, cutworms and fruitworms, the Smithsonian Institute reports. Some families with well-known moth members include the Saturnidae family, of which the luna moth is a member, and the Sphingidae family, which consists of many large moths, including the hummingbird clearwing moth.

Some are master mimics

Many animals rely on mimicry as a defense mechanism, and this includes several moth species. Among the most unusual is the wood nymph moth, which looks just like bird poop splattered on a leaf, Treehugger reports. This clever guise helps these moths avoid being eaten by predators, because bird poop isn't really an appetizing choice for wildlife.

Other moths mimic less disgusting things, like wasps or praying mantises, to get protection from predators, Treehugger reports. Others rely on camouflage, blending in with the leaves and branches where they roam to avoid detection. Even in the caterpillar stage, blending in is an important means of protection. Among the best at it is the peppered moth. Peppered moth caterpillars can change color to match the stick they are on, and even more impressively, they can do it while blindfolded, Science reports.

Their sense of smell is keen, but they don't have noses

Sense of smell is critically important to moths. Males use their sense of smell to find a mate and females find a suitable place to lay their eggs by using their sense of smell. They do all this sniffing without a nose, however. Instead, moths — and butterflies — smell the same way they taste: with their feet, according to Discover Wildlife.

Their feet are covered in thousands of bristles, pits and scales that serve as receptors for taste and smell. They also have these receptors on their antennae and palps, Discover Wildlife reports. And they are highly sensitive too. An emperor moth can smell the pheromones of a female mate from several miles away!

We tend to think of moths as the nocturnal version of butterflies, but being active at night isn't universal among moths. It's true that most moths are nocturnal and most butterflies are diurnal, but there are exceptions, particularly among moths. Some species of lichen moths, tiger moths and wasp moths are active during the day, Treehugger reports. Because we think of moths as being nocturnal, some diurnal moths are often confused with other species altogether, from bees to butterflies to even birds. Take the hummingbird clearwing moth. It is only active during the day, and because it bears a resemblance to a hummingbird, it's often mistaken for its namesake.

Another misconception about moths is that they are butterflies' dull and drab cousins, but this, too, is not universal. Moths do tend to be not as bright and colorful as butterflies, but there's enough exceptions that it's certainly not a hard and fast rule, according to Mass Audubon. Take the luna moth, which is a bright shade of green with purplish eyespots on its wings. And the rosy maple moth is almost technicolor, bright pink and yellow all over. And just like there are colorful moths, so, too, are there drab-colored butterflies, like the mourning cloak, which is various shades of brown.

Food is essential for the survival of all living things, but some moths never consume a morsel of food in the adult phase of their life cycle. These moths don't even have mouthparts for eating, according to The Nature Conservancy. As adults, these moths have a singular purpose: to mate and lay eggs. They only live about a week as adults, so they don't have to go too long without eating. One of the most well-known examples of these non-eating moths is the luna moth.

Even among moths that do have mouthparts, they don't eat much because they, too, are focused on mating. An unusual-sounding but almost surefire way to attract eating moths is with beer, according to The Nature Conservancy. If you need a recipe for success for attracting moths, the conservancy recommends creating a paste from beer, bananas and brown sugar. All you have to do is spread it on some nearby tree trunks and check back at night to see what kinds of moths you've lured with the sweet concoction.