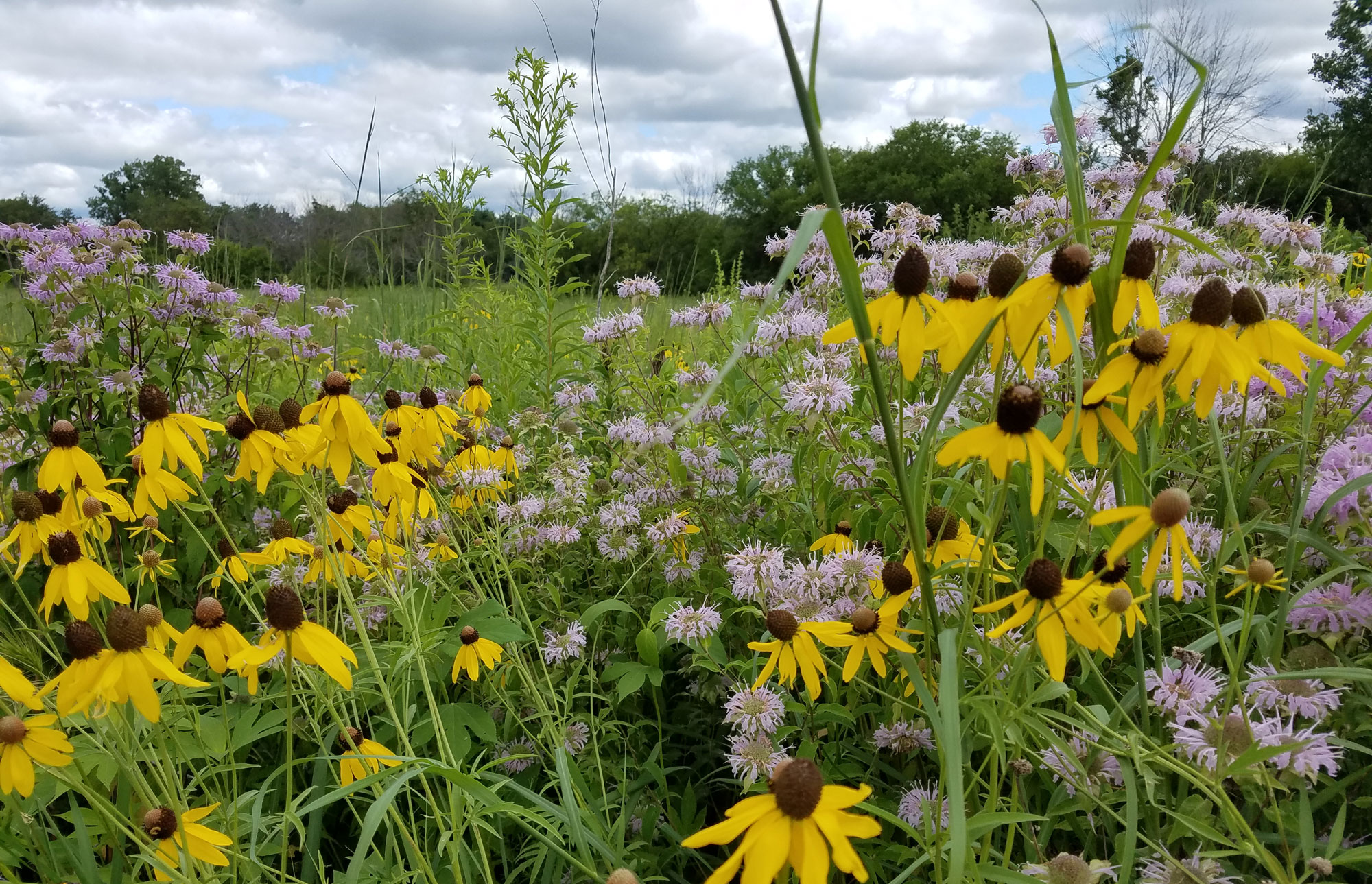 Think of a patriotic song and there's a good chance it sings the praises of America's prairies. From "Oh give me a home where the buffalo roam" in "Home on the Range" to the more direct lyrical reference "from the mountains to the prairies" in "God Bless America," the grasslands of America's heartland have long been celebrated.

Today, these lyrics recall a different time in America and serve as a reminder of how much the landscape of our country has changed. Much of the grassland honored in these iconic songs that have been sung by generations of schoolchildren is long gone, although its importance remains.

Read on to learn more about the prairies that shaped Middle America.

Almost all of America's prairies are gone

North America's prairies were once vast and expansive, the continent's largest continuous ecosystem, according to the National Park Service. In all, 170 million acres of grassland stretched from east of the Mississippi River to the Rocky Mountains and from as far north as Saskatchewan south into Texas.

What was once the most expansive ecosystem in North America has been reduced to one of the rarest and most endangered ecosystems the world over, the park service reports. The 170 million acres of tallgrass prairie that once covered the continent has been reduced to just 1% of its original area.

Why? Because fertile prairie soils proved to be excellent for crop production. When European immigrants discovered how useful the soil was for growing foods, they began to convert prairie land into agricultural land. Today, virtually all our original prairies have been plowed over for use in growing crops. The largest remaining unplowed area of prairie in the United States is a 60-mile wide swath of land in the hilly and rocky Flint Hills region of Kansas, the park service reports.

We live in the Prairie State

Illinois is, of course, the Land of Lincoln, but our state's lesser-known nickname — the one not emblazoned on our license plates — is the Prairie State. That nickname, though, is a bit of a misnomer these days. Illinois earned the Prairie State moniker because the majority of the state was almost entirely prairie as recently as 1820. At that time, Illinois had 22 million acres of prairie, almost the entire northern two-thirds of the state, and 14 million acres of forest, most of the southern one-third of the state, according to the Illinois Department of Natural Resources. During this period, 93 of Illinois' 102 counties had large swaths of prairie land.

As land use began to change in the state, our prairies began to disappear, plowed over in favor of farm fields. By 1900, most of the prairies had disappeared, IDNR reports. In 1978, less than 2,300 acres of high-quality prairie remained in Illinois, just a tiny fraction of those millions of acres that once existed. Much of the remaining undisturbed prairie land in Illinois is in places that are not conducive to farming, places like railroad rights of way and old cemeteries. The Forest Preserve District's Vermont Cemetery is a good example of this. A 1-acre parcel of the preserve could be one of the only pieces of land in the county that has remained undisturbed by farming, grazing or development.

Early European immigrants in Illinois believed prairie soil was deficient because few if any trees grew in it, but the opposite is true, IDNR reports. Prairie soil is nutrient rich, which is why converting prairies into agricultural lands was so successful.

At first glance, prairies just look like fields of grass, but there's a lot of species diversity. While 80% of prairies consist of grasses, there can be anywhere from 40 to 60 different grass species, according to the park service. And that remaining 20% is even more diverse, consisting of as many as 300 species of flowering plants along with any number of shrubs, trees and lichens. And that's just the plant life in a prairie. Plenty of wildlife call prairies home as well.

The tallgrass prairies that once covered much of northern Illinois were home to wildlife species large and small. Bison, elk, black bears and wolves once roamed these lands, along with smaller mammals, birds, reptiles and, of course, insects, according to Midewin National Tallgrass Prairie.

Today, these large mammals are long gone from Illinois, but our remaining grasslands still support a variety of wildlife, according to the Illinois State Museum. You can find mammals like badgers, coyotes, gophers, ground squirrels and voles; birds such as meadowlarks, sparrows and short-eared owls; reptiles such as box turtles, Blanding's turtles and many different kinds of snakes; and all manner of insects, including many beetles, butterflies and moths.

They exist all over the world

What we call prairies here in the United States and North America exist elsewhere in the world, but they aren't called prairies. In South America, large swaths of grasslands in Argentina, Brazil and Uruguay are called the Pampas, according to National Geographic. And just like our Great Plains prairies were fertile grasslands largely converted to agricultural land, land in the Pampas region in South America is used for farming and grazing.

The grasslands of South Africa are called the veldt, or veld, and these lands, too, are typically used for farming and other agricultural practices. In Asia, a large region called the steppes of Central Asia is a swath of grassland that stretches from Hungary and Romania in Europe to the region of Manchuria.

The Dust Bowl was due, in part, to our loss of prairie land

Plowing over America's prairies to turn it into America's breadbasket wasn't without consequences. In the 1930s, America's southern plains region was devastated by the Dust Bowl, which occurred in part because so much prairie land had been converted into agricultural land, according to the History Channel.

Weather, of course, contributed greatly to the Dust Bowl. Severe drought struck much of the Midwest and southern plans in 1930, and dust storms began occurring in 1931. Drought continued throughout much of the region, and by 1934, 35 million acres of farmland had been rendered useless and many millions more acres were losing topsoil and at risk of the same fate. By 1939, regular rains again began to fall and the Dust Bowl came to an end.

During the Dust Bowl, topsoil from the wind-swept plains reached as far as New York City and Washington, D.C., and ships in the Atlantic Ocean were covered in the dirty dust, the History Channel reports. While many economic forces contributed greatly to the Dust Bowl, loss of prairie was a factor as well. Prairie plants have deep root systems that help keep topsoil in place, but these prairie plants were largely replaced with shallow-rooted crops, and the ensuing drought caused crops to fail. When this happened, soil erosion quickly followed without any deep root systems to hold the soil in place. All that loose soil then fueled the dust storms that devastated the region.