Don't feed ducks and geese bread; you're making them sick 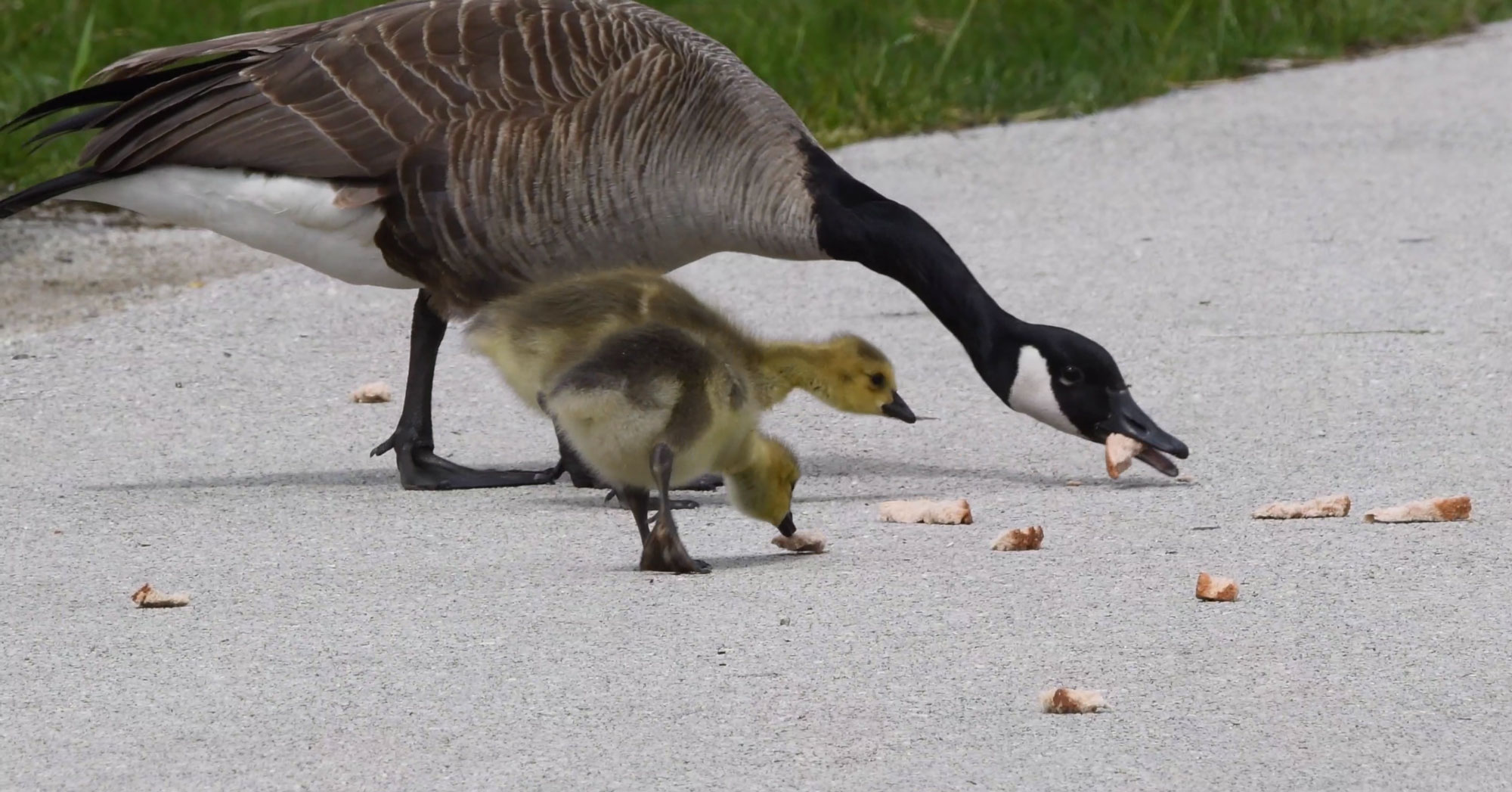 Feeding bread to ducks and geese is a childhood rite of passage, but it's one we should leave to generations past.

What may seem like a fun and harmless pastime is actually bad for waterfowl, because the bread and crackers we love to feed them is essentially junk food — high in carbohydrates, low in protein and lacking the nutrients they would get in their natural diet, according to the Wildlife Center of Virginia.

And just like humans who eat too much junk food, ducks and geese can suffer dire consequences when they eat too much bread and not enough of the natural grains, aquatic plants, insects and other small invertebrates they would feast on if we didn't so love feeding them bread.

A condition among waterfowl called angel wing may be caused by an improper diet. In ducks and geese with angel wing, their wings become deformed because the carpal joint grows incorrectly, leading the wing to stick out from the birds' side rather than lay flush, according to the Peggy Notebaert Nature Museum. Birds with angel wing can't fly, and their flight feathers also grow improperly.

In adult birds, angel wing is irreversible and can be fatal because the birds can't easily fly to their food sources. They also are often rejected from their flocks, according to the nature museum. When the condition develops in young birds, it can sometimes be cured with drastic changes in their diets.

In addition to angel wing, birds that don't eat enough calcium — which can happen when they eat too much bread — can develop metabolic bone disease, causing soft bones and joints that can break and become deformed, according to the Wildlife Center of Virginia. Birds with metabolic bone disease often cannot fly, leaving them dependent on bread and food offered by people. And because they are too weak to compete with other birds for food, they often get attacked by other ducks and geese.

Beyond these health conditions, feeding waterfowl bread poses other problems as well. To start, because bread expands when it is wet, it makes the birds feel full, causing them to stop foraging for foods they would normally eat, which provide better nutrition.

When humans regularly supplement the birds' natural food supply, it can also cause the ponds and other habitats where the flocks live to become overcrowded, the Wildlife Center reports. This overcrowding can cause competition for food sources, leaving weaker birds vulnerable. These high populations can also lead to aggression among males competing for females during breeding season, which in turn can cause abnormal nesting patterns.

Furthermore, overpopulation can increase the likelihood of disease outbreaks, such as botulism, duck plague, and aspergillosis, a fungal infection. And when too many people offer bread and other human foods, the food supply may be too great, causing other animals such as rats, opossums and raccoons to move in and feast on the leftovers.

The truth is, ducks and geese don't need our help to eat well. In fact, they'd be eating more nutritiously if we didn't intervene. Allowing them to eat their natural diet is better both for them and the environment, the Wildlife Center advises.

So what should you do if you can't resist the urge to feed the ducks and geese? To start, skip the bread, crackers and chips. Instead, focus on foods that are close to their regular diet. Consider chopping up greens such as kale and collards. Even dandelions are a healthy choice, as long as they come from an area not treated with pesticides. Ducks and geese also eat a lot of insects, so feeding them mealworms or freeze-dried crickets mimics their natural food choices.

Other good options include barley, oats, birdseed, cracked corn, vegetable peels and chopped-up grapes that have been diced into pieces, One Kind Planet advises. It's important to chop grapes into small pieces as they can be a choking hazard otherwise.

One word of caution for those who would like to feed the ducks and geese even more healthful, appropriate foods: Feeding wildlife is illegal in many areas, including on Forest Preserve District properties. The District's General Use Ordinance prohibits feeding any wildlife in the preserves, and violators can be issued citations and be fined between $25 and $100.