Ducks know what they're doing; leave their nests alone 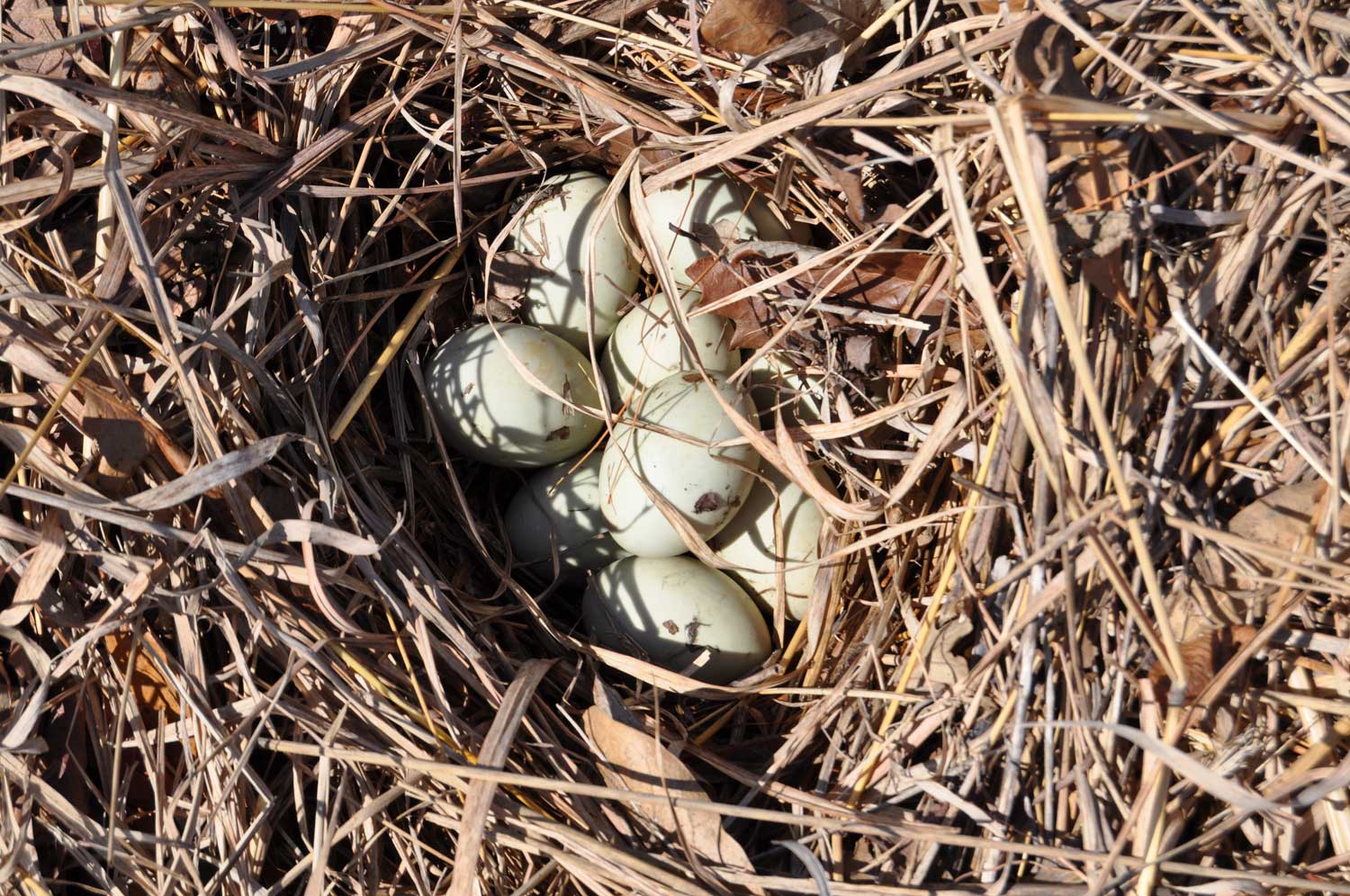 Mallard eggs on a nest. (Photo by Glenn P. Knoblock)

With spring nesting season underway for waterfowl and other birds, stumbling upon a mallard duck nest in what appears to be a dangerous or vulnerable spot can be a common occurrence. But what looks like a bad spot to you may not be for the duck, and moving the nest or interfering with it in any way may cause harm to both the duck and the nest.

If you find a duck nest, do not handle it or interfere with it in any way. A female mallard will not recognize her nest if it is moved, even just a short distance, the Toronto Wildlife Centre reports. Once moved, the nest will be abandoned.

In addition, take care not to disturb the nest. Disruptions could cause the adults to come off the eggs while they are being incubated, especially if the duck leaves the nest repeatedly or for extended periods of time, said Dave Robson, the Forest Preserve's natural resources management supervisor. This can cause the duck not to be able to maintain the necessary incubation temperature, and then the eggs will not hatch.

Mallard ducks are also a federally protected species under the Migratory Bird Treaty Act, so it is illegal to relocate the nest without a permit.

Mallard ducks choose their nesting locations carefully. They typically nest on dry ground near water, but look for a spot where they can be sheltered or hidden among the vegetation, according to the Cornell Lab of Ornithology. The female duck builds the nest from nearby vegetation, and once the eggs are laid she will sit on the nest to incubate them for about 30 days.

RELATED: THE DO'S AND DON'TS OF DEALING WITH INJURED, ORPHANED WILDLIFE

If you find a nest that seems vulnerable because of its location near a parking lot, building or busy road or sidewalk, the Toronto Wildlife Centre recommends taping off the area or putting up a sign or signs to alert passers-by to the nest.

And a word of caution: Don't feed a nesting duck. It does not need food, because she bulked up in advance of laying the eggs to prepare for the incubation period. It's actually not uncommon for nesting mallards not to eat for the entire time they are sitting on their eggs, the Toronto Wildlife Centre reports. In fact, leaving food such as bread may cause more harm than good because it can attract predators that may eat the eggs and destroy the nest, according to the Lake Erie Nature and Science Center.

Occasionally, a duck may choose a nesting location that the ducklings will not be able to get out of. In these, cases, the Toronto Wildlife Centre recommends contacting a wildlife rehabilitator. If the ducklings have already hatched, provide a shallow bowl or pan of water for them until they can be relocated by a professional.