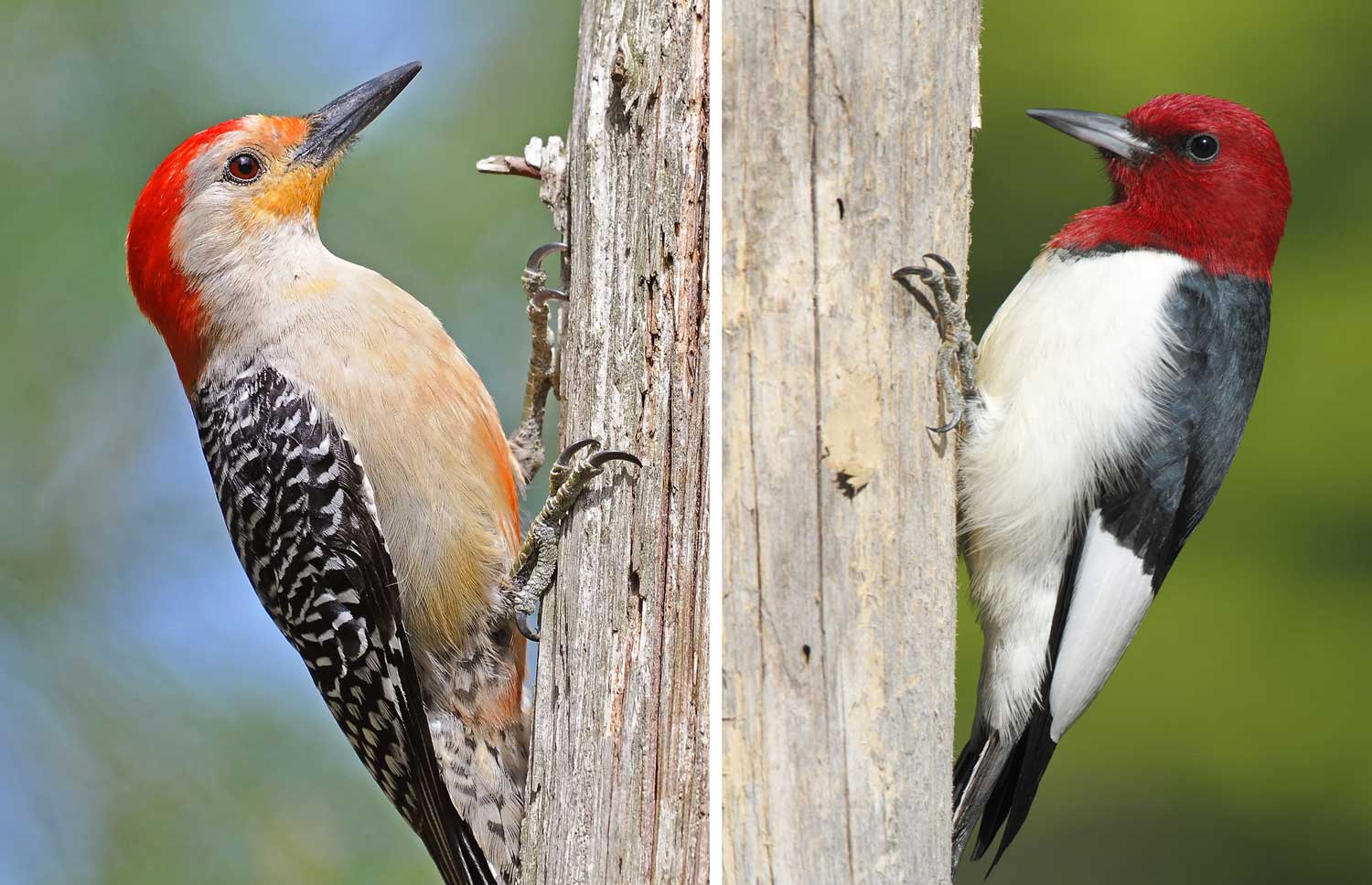 While the red heads of these two birds is what causes confusion, they do have some differences. Red-headed woodpeckers have entirely red heads, and the shade is a deep, crimson red. Red-bellied woodpeckers, on the other hand, have red patches on the top and back of their heads, and it's a lighter shade of red, according to the National Wildlife Federation.

Beyond their red heads, both of these woodpeckers are otherwise black and white, but with very different and distinctive patterns. Red-headed woodpeckers have pure white bellies and black backs and wings that have large white patches, according to the Cornell Lab of Ornithology. Their stark appearance has led to such nicknames as flying checkerboard, jellycoat and flag board.

Red-bellied woodpeckers, on the other hand, have black and white stripes on their backs and wings, the Cornell Lab reports. Their bellies are a creamy white with pale reddish patches. The faint red patches on their bellies can sometimes be covered with white, making the namesake feature even less apparent.

Both red-headed and red-bellied woodpeckers live across the eastern United States, and they both prefer wooded habitats, according to the Cornell Lab. They also both typically excavate nesting cavities in dead trees or dead wood. Red-headed woodpeckers will sometimes use the same nesting cavity for many years, although that's not common among woodpeckers or birds in general.