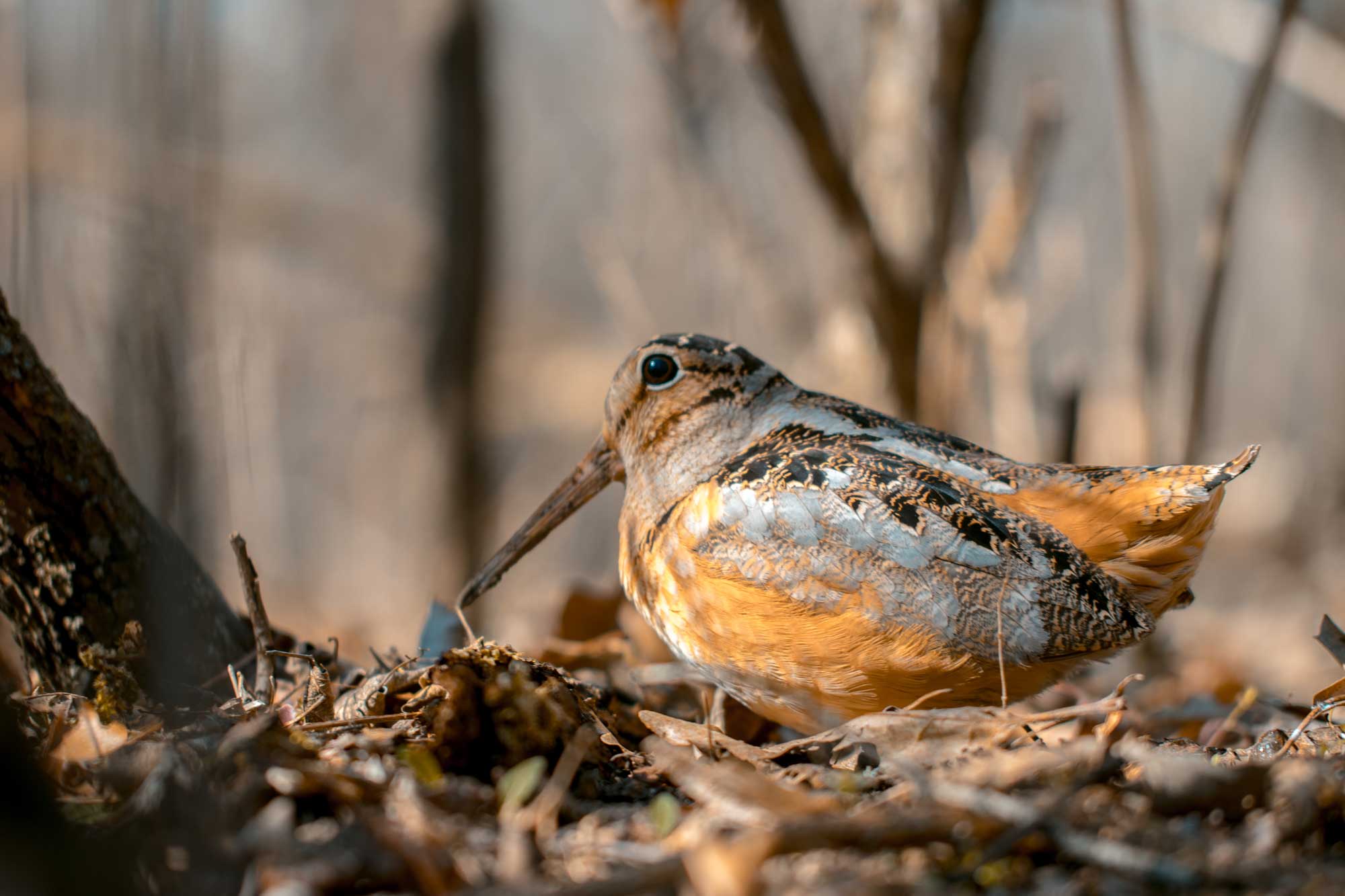 Woodcocks are birds with both a unique appearance and unusual behavior. These birds, related to sandpipers, are known for a weird "walk" they use to find food and they also have some attention-getting mating rituals.

The males especially can catch your eye when they perform their "sky dance" to attract a mate. This special mating ritual, most often performed around dusk and dawn, involves the male woodcocks flying erratically with swoops and dives, and giving off a distinct call that can be described as a peent sound, according to the Cornell Lab of Ornithology.

Here's some more information about these odd birds.

The origins of the name woodcock are not known, although it may be related to the birds preference for wooded areas, according to the Woodcock Management Plan. The birds are known by several nicknames, many regionally specific. Its most common nickname is the timberdoodle. Other monikers include bog sucker, night partridge, mudbat and Labrador twister.

It's easy to identify woodcocks by their long bills, but that's not their only distinguishing characteristic. They also have plump bodies and large heads and eyes, along with short necks, tails and legs, Cornell Lab reports. Woodcocks are fairly small, slightly larger than a killdeer and similar to the size of a robin.

These birds have a mottled plumage that camouflages them well on forest floors as well as grassy areas. Their color ranges from buff to brown to black with small patches of gray, and their backs are darker colored than their underbellies.

Woodcocks are common in the eastern half of the United States. They prefer areas that are both forested and have open fields, spending their days in the forest and their nights in the open spaces, according to the Audubon Society.

They build their nests on the ground, usually by digging an indentation into plant debris, although they occasionally lay eggs directly on the ground without forming a nest, the Cornell Lab reports. They typically nest in the woods or an overgrown area with a good supply of leaves, which they use to line their nests.

Woodcocks are omnivores, but they primarily eat insects and worms. Their main food source is earthworms, although they also eat a wide variety of insects, including beetles, flies and snails, as well as grasses and some other plant matter, according to the Audubon Society. They use their long bills to dig into the soil to catch worms, and their large eyes are set far back toward the sides of their heads to better help them see predators and other dangers while digging for food.

They have an unusual habit of walking slowly on the ground and rocking back and forth, that is thought to assist them in foraging. This motion causes earthworms to move in the soil, which makes it easier for woodcocks to find and catch them, the Cornell Lab reports.