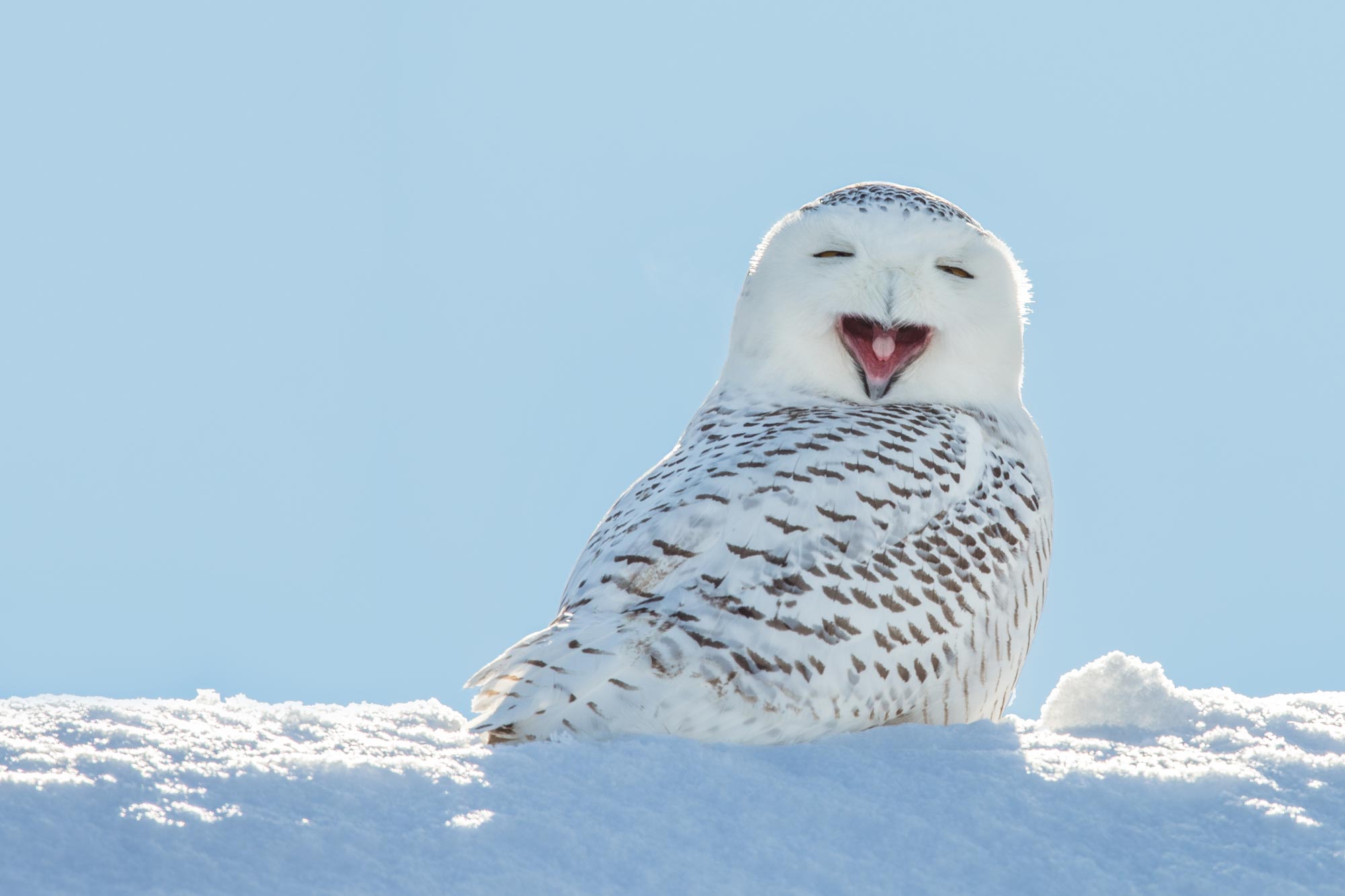 Snowy owls are a prized find among bird-watchers, because the beautiful birds are a sight to behold set against a wintry backdrop.

These majestic birds are only found in northern Illinois and elsewhere in the northern United States and southern Canada in the winter months, according to the Cornell Lab of Ornithology. Their breeding grounds are in the Arctic tundra in the far northern reaches of Alaska, Canada and Siberia.

While we do see snowy owls in northern Illinois each winter, the population varies from year to year based on the availability of food in the Arctic, the Cornell Lab reports. In fact, snowy owls even decide whether to lay eggs based on food supply. If food is scarce, they will wait until the supply improves to lay eggs.

Years with high populations of snowy owls in the U.S. are called irruptions, according to Project SNOWstorm. These irruptions are based on food and nesting, but scientists do not fully understand why such large fluctuations are seen in the snowy owl population in the United States.

Snowy owls can be easier to catch a glimpse of than other owl species because they are diurnal, which means they are active both during the day and night, rather than nocturnal like most owls. In fact, snowy owls do most of their hunting during the day.

Here’s a closer look at these beautiful creatures.

Not unexpectedly, the snowy owl gets its name for its snow-white plumage. It is also sometimes referred to as an Arctic owl, great white owl or snow owl, according to Defenders of Wildlife. Its white color gives it good cover from predators in its breeding grounds in the Arctic.

Snowy owls are one of the largest owls found in North America, about the same size as a great horned owl, but they are most noted for their plumage. Both males and females are predominantly white, and they get more white as they age. The females usually have some dark barring among the white feathers, while the males are more white with some dark brown or dusty colored spots, the Cornell Lab reports. Some older male snowy owls are entirely white.

Snowy owls have piercing yellow eyes that break up an otherwise entirely white face. Unlike great horned owls, snowy owls do not have tufts of feathers on their heads that give the appearance of horns or ears. Adults usually stand 20 inches to 28 inches tall, and their wingspans average between 49 inches and 57 inches.

Unlike most birds, snowy owls usually hunt from the ground, so they prefer wide-open spaces with few or no trees, the Cornell Lab reports. They also build their nests on the ground, although they typically look for a spot on a hill or with a raised elevation to provide good visibility in all directions.

During the winter, when food is scarcer, they are often seen perched atop tall structures, such as utility poles, fenceposts or anything that provides a good view. They are also commonly seen along lake shorelines, particularly along the Great Lakes, and in cleared farm fields or even airport fields in more urban areas.

Snowy owls primarily eat small mammals, but their diet ranges based on their habitat. During summers in the arctic, their preferred food is lemmings. In fact, a snowy owl can eat as many as 1,600 lemmings in a year, according to National Geographic. In the absence of lemmings, they will eat voles, rabbits, ground squirrels and small rodents. In coastal areas or along water, snowy owls will prey on small birds and fish.

Among raptors, snowy owls are one of the best hunters, able to catch small birds in the air, the Cornell Lab reports. Excellent senses of vision and hearing help them hunt and find prey under heavy snow.