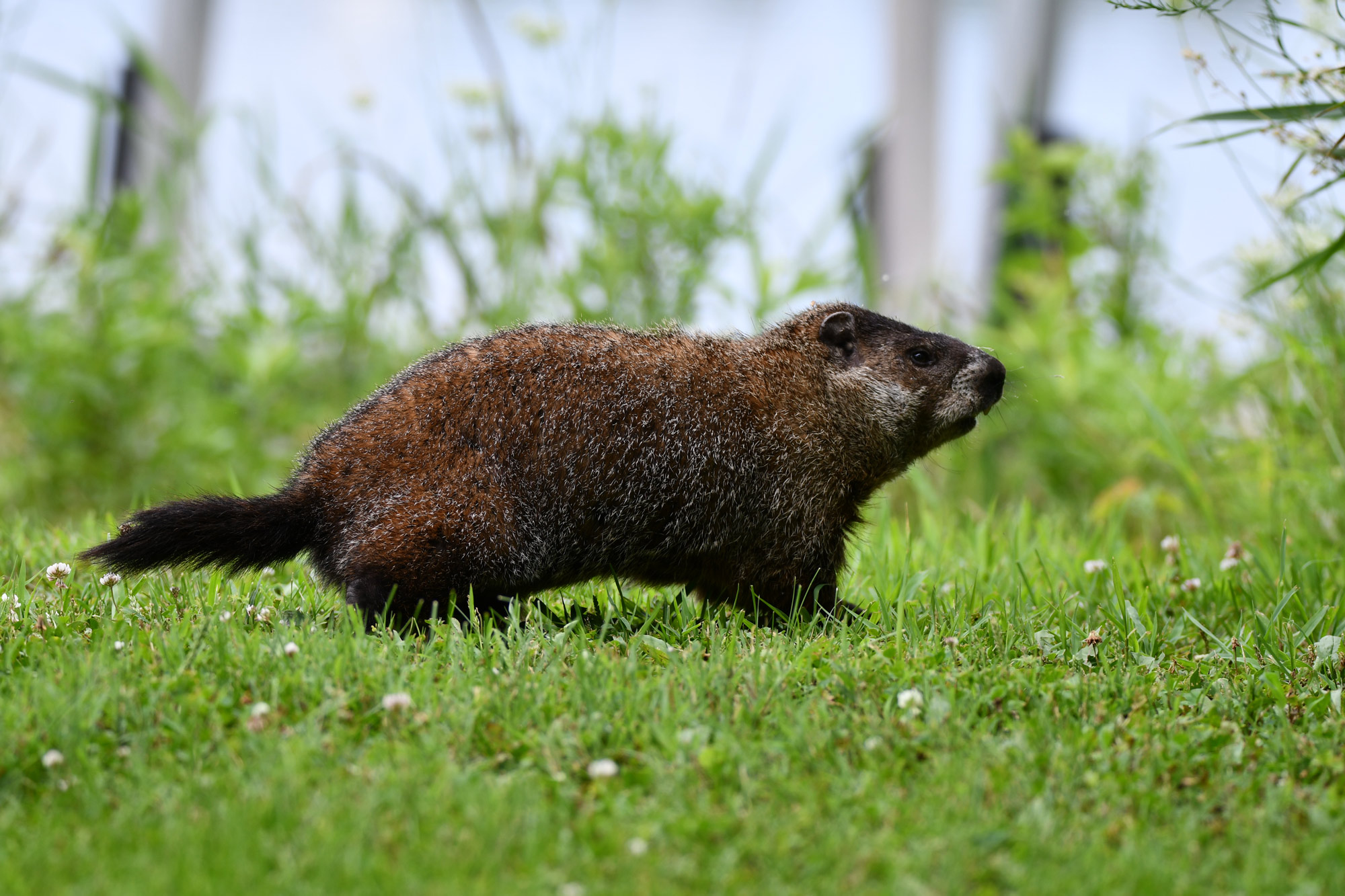 The groundhog gets its annual day in the sun — or shadows, depending on the weather — each year on February 2, when celebrity groundhog Punxsutawney Phil emerges from his burrow to predict when winter will end.

As the legend goes, if he sees his shadow and scurries back into his burrow, we will get six more weeks of winter. If he doesn’t, we’ll have an early spring. Groundhog Day has been celebrated in the United States since 1886, and Phil has been a part of the festivities since 1887, according to the Punxsutawney Groundhog Club. His iconic status is celebrated far and wide that day, but beyond his questionable weather-predicting skills most of us don’t know much about these critters.

Groundhogs are actually rodents, and they are most closely related to squirrels. In fact, they are the largest animal in the squirrel family, according to National Geographic. Here’s a closer look at these interesting creatures.

Groundhog is the most common name for this rodent, but it has several monikers. It’s also known as a woodchuck, although the name has nothing to do with its ability to chuck wood, despite the tongue twister that would have you believe otherwise. Instead, woodchuck is derived from the Algonquin Indian word for the animal, which is wuchak, according to Scientific American. Less commonly, the groundhog is also referred to as a land-beaver or a whistle-pig, the latter being a reference to the high-pitched sound it makes when scared or alarmed.

Groundhogs typically have light brown or yellowish-brown fur, but they can also be much darker, even nearly black in color, according to the Indiana Department of Natural Resources. They have bushy tails and short legs, along with small rounded ears and black eyes. They have powerful legs and thick claws, which are useful for digging burrows.

On average, groundhogs weigh between 7 pounds and 14 pounds and they are about 25 inches long. Males are usually a little larger than females. They aren’t very quick runners, which means they can’t always escape predators. Instead, they have fierce fighting skills.

The burrows where groundhogs live can be large and complex. They usually dig them between 2 feet and 5 feet underground, and they have several chambers, including a toilet chamber used exclusively for defecating, the Indiana DNR reports. A burrow has at least two entrances, but sometimes many more. They mainly use one entrance to enter and exit the burrow but create several other openings in case they need to escape.

Groundhogs build a separate burrow for winter hibernation. These cold-weather burrows are typically in wooded areas, while their summer burrows are more commonly found in grasslands or near farmland, where food tends to be plentiful.

Groundhogs are omnivores and eat a varied diet, the Indiana DNR reports. They mostly prefer plant matter, including grasses, leaves, tree bark, branches and fruit. Other preferred plant foods include soybeans, alfalfa, beans, peas and the tops of carrots. Animal-based foods are a more limited part of their diet and typically only include small birds, insects and eggs.

Groundhogs can eat more than 1 pound of plant material a day, which is beneficial for them as they spend the late summer and early fall bulking up for their winter hibernation. While hibernating, they are able to survive off the fat stores they build up, National Geographic reports.