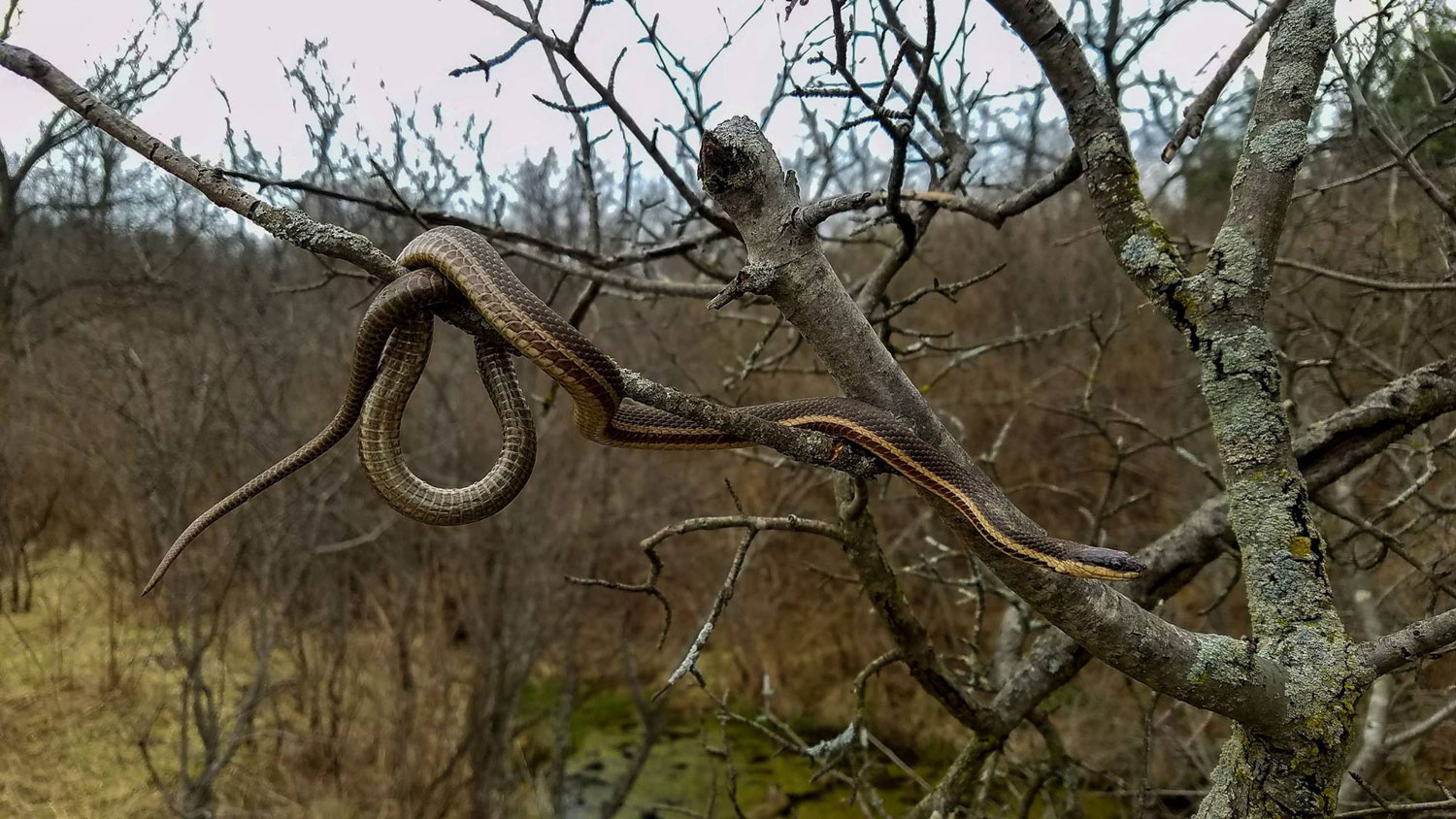 Queen snakes may sound royal, but these snakes are more ordinary than their name might imply. Queen snakes are common throughout their range, and are often confused with other common snakes.

Queen snakes are mainly solitary and only come together to mate. The female snakes give birth to live babies, usually 10 to 12 but sometimes as few as five or as many as 30. As with most snakes, the parents provide no care for the babies once they are born.

Like all snakes in northern Illinois, queen snakes are not venomous. In fact, they rarely bite when caught, although they will spray feces and putrid-smelling musk, according to the Illinois Natural History Survey.

The origins of the name queen snake remain a mystery, but it may be tied to its scientific name, Regina septemvittata. Regina is the Latin word for queen, which may have given rise to the snake's common name, according to Field Herping's Journal of Amphibians and Reptiles.

Queen snakes are often confused with garter snakes, because of their similar appearance, and with northern water snakes, because both are often seen in and near water. They are medium-sized snakes, typically measuring between 15 inches and 24 inches long, according to the Wisconsin Department of Natural Resources.

Their bodies are mainly gray, brown or olive green in color, with a yellow or cream-colored underbelly. They are most easily recognized by the yellow or cream-colored side running along both sides of their bodies. They also have a thick, dark-colored stripe on their back, but this is not always distinguishable because it is similar in color to the rest of their back.

Queen snakes are aquatic snakes and are typically found in the shallow waters of rivers, streams, lakes, ponds, canals and marshes, according to Animal Diversity Web. They do not spend all their time in water, however. They are often seen sunning themselves on rocks or logs near water or hanging from branches over water.

These snakes are mainly found east of the Mississippi River, although a few populations can be found in Arkansas and Missouri. They are common in the Great Lakes region, but are found as far south as the Florida Panhandle and as far east as Pennsylvania and New York.

Queen snakes feed almost entirely on crayfish, according to Animal Diversity Web. They prefer freshly molted crayfish in particular, because they do not have hard exoskeletons that are difficult to digest. They will also eat tadpoles and small fish.

These snakes often lie in wait for their prey. They will sit under rocks or logs and wait for crayfish to come nearby. Queen snakes are equipped with a good sense of smell, which helps them find food more easily.