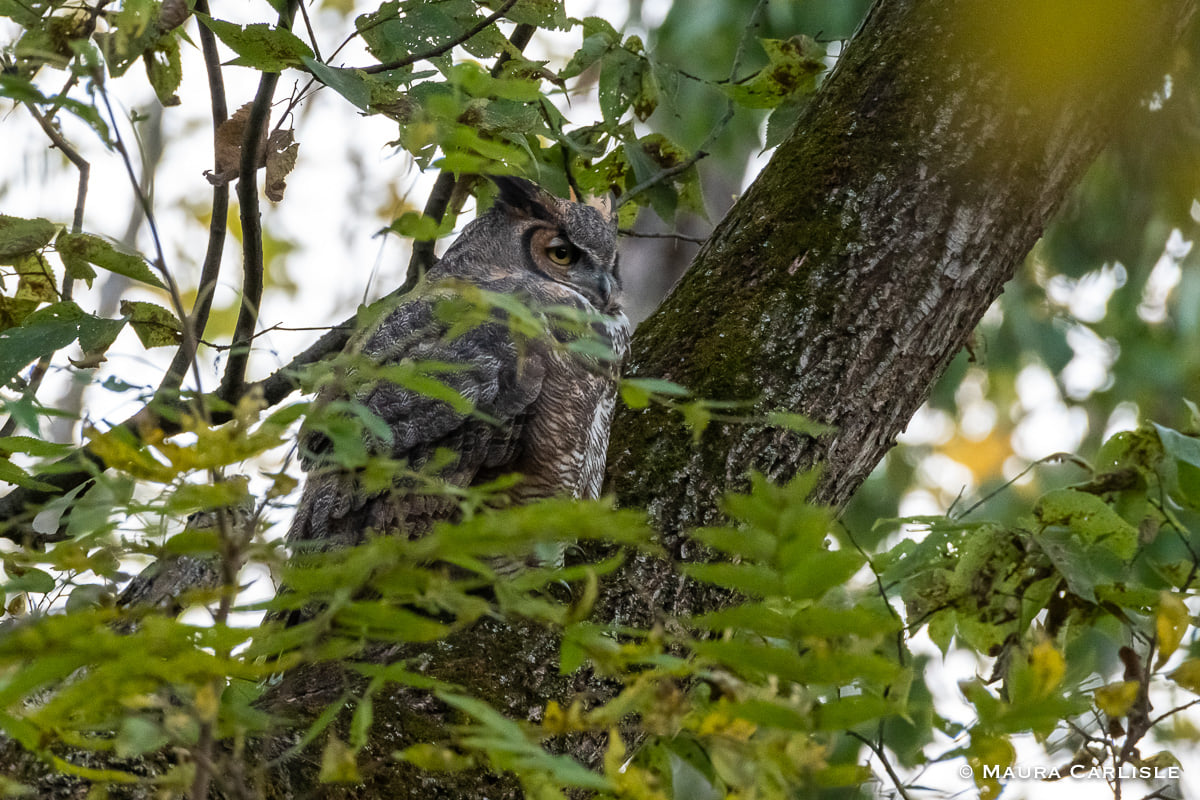 Great horned owls are one of the primary predators in Illinois, feasting on all manner of animals, but we rarely see these creatures because they hunt at night.

These owls are one of six year-round species found in Illinois, along with barn owls, screech owls, barred owls, saw-whet owls and short-eared owls. It is the great horned owl, though, that is most well known from storybooks and folklore, because it is the owl that makes the famous hooting call.

Here’s a closer look at these mysterious creatures that only come out at night.

Despite its common moniker, the great horned owl doesn’t actually have horns. Instead, the name is in reference to the two protrusions on either side of the head that look like horns or ears, according to the National Wildlife Federation. These are actually tufts of feathers, though.

Great horned owls are large birds, but look different from most because of their thick, stocky bodies. Their plumage varies but is mottled in appearance, typically in shades of gray and brown, according to the Cornell Lab of Ornithology. Their faces are reddish-brown, and they typically have a patch of white feathers on their throats.

In flight, great horned owls have a blunt, stocky silhouette because of their short, round heads and short bill. Their wingspan typically ranges from 3 feet to 4 feet.

Great horned owls live all across North America and in every U.S. state except Hawaii. They live in many different types of habitats, including deciduous forests, evergreen forests and rainforests as well as desert and tundra and urban and suburban areas, the Cornell Lab reports.

In wooded areas, they prefer young forests interspersed with or near fields, farmland or other open areas. During breeding season, which begins in late winter, they typically avoid tundra and open grasslands, because they do not provide the cover needed for their nests, the Audubon Society reports. They often nest in tree hollows and cavities, and they sometimes take over the nests of hawks, crows or squirrels.

Great horned owls are raptors, or birds of prey, meaning they hunt other animals for food, even animals larger than them. These owls primarily eat mammals, including rabbits, skunks, ground squirrels, opossums, rats and mice, the Audubon Society reports. Other food sources include other birds as well as snakes, lizards, frogs and insects.

They hunt by watching from a high perch, then swooping down to catch their prey in their powerful talons, the Audubon Society reports. Their excellent hearing and vision help them to skillfully hunt at night.