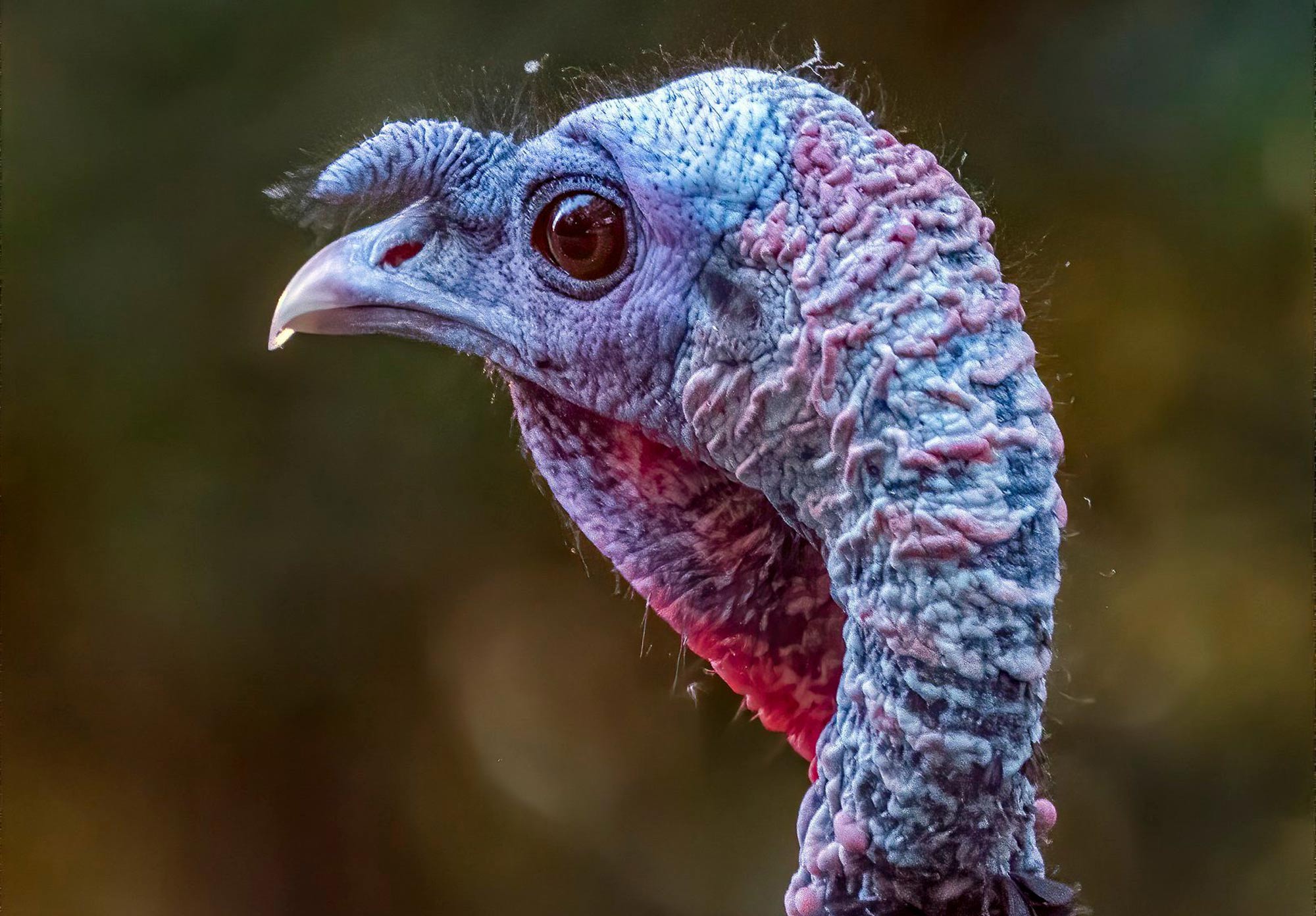 Most of us think of turkey as the star of the Thanksgiving table, but these birds live among us too, right in our own forests and prairies.

Six different species of wild turkey live in the United States, but only one, the eastern wild turkey, is found in Illinois. For a time in the early 20th century, wild turkeys were not found in Illinois because they were eliminated by human activity. They were reintroduced in the 1950s and 1960s and are now well established throughout the state.

Today, wild turkeys live in every county in Illinois. Populations are estimated at about 150,000, with the largest numbers in the south, west and northwest counties of the state, the University of Illinois Extension reports.

Here’s some additional information about wild turkeys so you can have a better appreciation for these birds as Thanksgiving approaches.

The origins of the term turkey are a little murky, but most likely tie to the country Turkey. While the bird is native to North America, the term turkey most likely dates back to the 15th and 16th centuries and to the Turkish merchants who sold wild fowl in markets across Europe.

Interestingly enough, although the English term turkey appears related to the country Turkey, there are no turkeys native to Turkey. Furthermore, people in Turkey don’t use the term turkey for the bird. Instead, they call it hindi, which is most likely because they thought the birds were Indian in origin.

Wild turkeys have dark plumage overall, with some lighter, iridescent feathers in shades of green and bronze. Both male and female turkeys have a wattle, the distinctive flap of skin that hangs from the chin, but it’s much larger and more pronounced in males. We often think of wattles as being red, but they can be red, blue or white, or a combination of those colors.

Wild turkeys can be found throughout the United States, although they are more predominant in the eastern half of the country. These birds don’t migrate, staying in the same place all year.

They are often seen in and near mature forests and are partial to nut trees because they provide a good food source, the Cornell Lab of Ornithology reports. Grasslands at the edge of wooded areas are a popular location because it provides a good place for nesting.

Wild turkeys are omnivores, and what they eat can vary by season based on what is readily available. They mainly eat plant-based foods, including leaves, seeds, acorns, grains, grass, roots and bulbs. They also eat insects and spiders, and sometimes larger animals such as lizards, frogs, snakes and crabs.