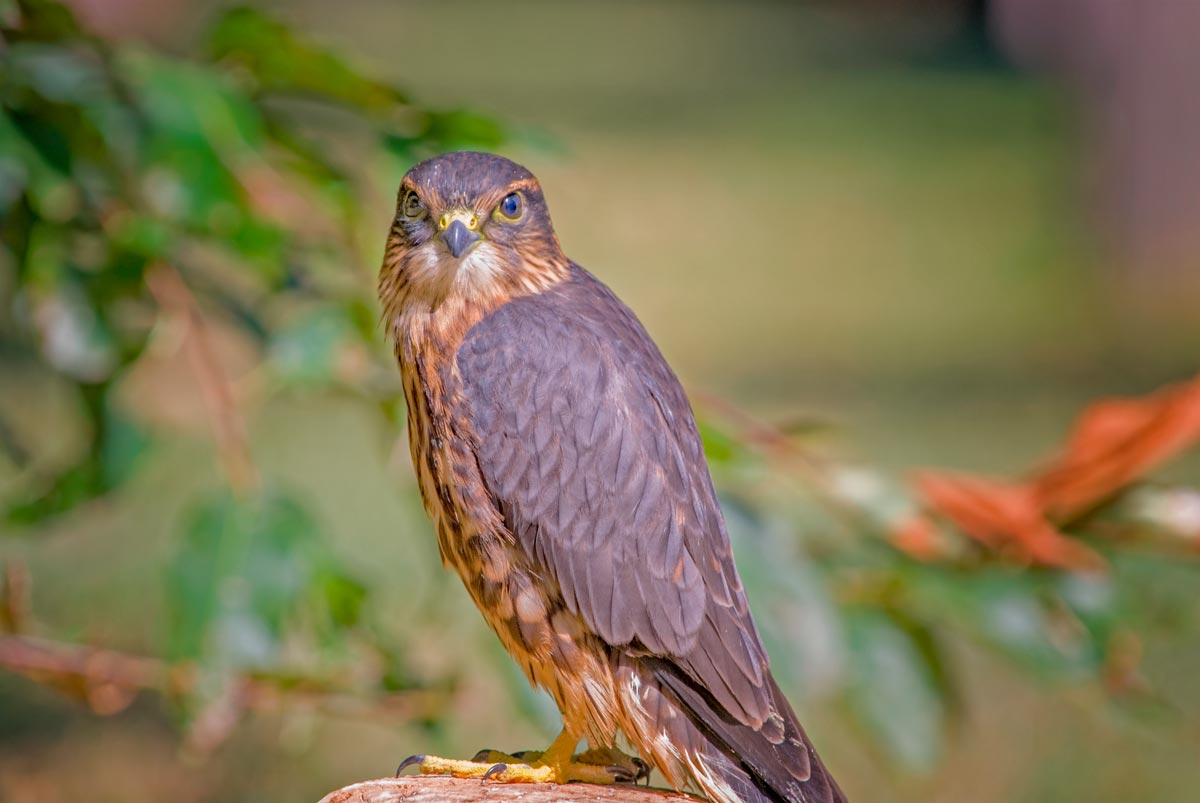 Despite a name to the contrary, there’s nothing magical or mysterious about merlin falcons. But if you’re fortunate to see one in this part of Illinois, count yourself lucky.

These birds are smaller than most falcons, known for their powerful flying and astute hunting abilities.

Merlins are quite common across the eastern United States, especially during the spring and fall migration periods. Although they are common in northern Illinois, catching a glimpse of one isn’t as easy as it may seem.

This has been the case for Bob Bryerton, an interpretive naturalist for the Forest Preserve District of Will County who is also an avid birder. Bryerton has yet to see a merlin in the wild, although he knows other birders who have.

He said one reason they may seem to be so elusive is that the merlin is similar in appearance to an American kestrel, so that he may have seen one and assumed it was a kestrel.

While merlin sightings in our area are more common during the spring and fall, when they pass through during migration, Bryerton said, they don’t typically nest here. And because they don’t usually migrate in large groups like some birds, spotting one is sometimes random happenstance.

Here’s some more information about these fast-flying falcons.

The name merlin comes from the old French name for the bird species, esmerillon, according to the Cornell Lab of Ornithology. They used to be called pigeon hawks because they look like pigeons in flight.

In medieval times, they were called lady hawks, and noblewomen, including Catherine the Great and Mary Queen of Scots, used the birds to hunt skylarks for sport.

Three merlin falcon species are found in North America: the black merlin, prairie merlin and taiga merlin. The black falcon lives in the Pacific Northwest, but both the prairie and taiga merlins can be found in northern Illinois.

The taiga merlin has a bluish-black back with white features, while the prairie merlin is lighter in color, according to the Seattle Audubon Society. Female merlins are larger than males, which is typical of all raptor species.

Merlins are similar in size and appearance to the American kestrel, although they are typically a little larger and heavier. They are larger than a robin, but smaller than a crow, with wingspans that can range from about 20 inches to 26 inches. They have broad chests and blocky heads, and their wings come to a sharp point.

Merlins have historically been found in undeveloped wild areas, but since the 1960s they have also been commonly seen in urban areas. They often nest in towns and suburbs, but are also seen in forests, prairies, grasslands and marshlands.

Merlins do not typically make their own nests. Instead, they take over existing nests from other raptors, crows or magpies, the Cornell Lab reports.

Merlins are noted for their hunting ability, feasting mainly on smaller birds, the Audubon Society reports. The falcons often hunt bird species that are abundant in a particular area, such as sparrows in more urban areas or small sandpipers in coastal areas.

They catch their prey in the air, many times taking them by surprise after spotting them while flying overhead. Unlike some raptors, they do not typically take steep dives to capture prey. In some instances, merlins will pair up to hunt together.

In addition to birds, they also eat rodents, bats, reptiles and large insects, particularly dragonflies, according to the Audubon Society.