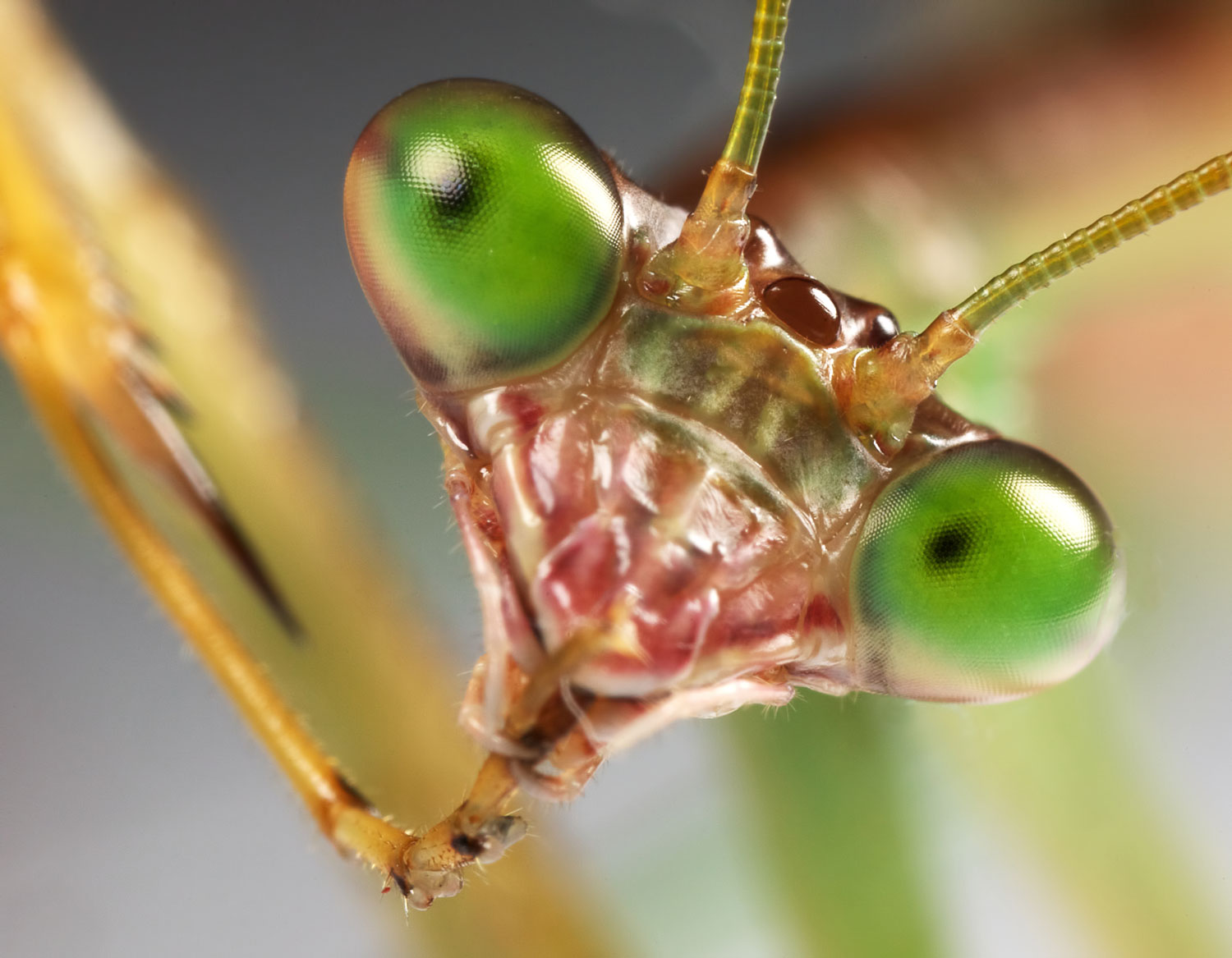 Praying mantises are a common insect in Illinois, but their excellent camouflage means we often don’t see them even when they are near.

September and October are actually the most common times to see these intriguing insects, mainly because as the leaves change and drop from the trees it’s easier to spy them hidden among the branches.

About 2,300 praying mantis species exist in the world, but only one, the Carolina mantid, is native to Illinois, and it lives in the southern two-thirds of the state, according to the Illinois Department of Natural Resources. In northern Illinois, the Chinese mantis, which was introduced to the United States in Philadelphia in the early 1900s, is now common across the country.

Here’s an up-close look at these insects.

Praying mantises are named for their physical appearance. They have long front legs, which give the impression that they are bent in prayer. However, because they are also known for their excellent hunting skills, there is often confusion as to whether their name is “praying” mantis or “preying” mantis.

Because praying mantises are insects, they have three distinct body parts: a head, a thorax and an abdomen. Mantises get most of their size from their long thoraxes, according to IDNR. Of the species we see in Illinois, the Carolina mantid is smaller, typically measuring about 2 inches, while the Chinese mantid can be up to 4 inches long.

Many of their physical features are designed to aid them in hunting for prey. Their color typically ranges from green to brown, which allows them to remain camouflaged in their environment. They can also turn their heads nearly 180 degrees, allowing them to see over their shoulders so they can watch for both prey and predators.

But of all their physical characteristics, their front legs are their most impressive feature. They use these legs to quickly grab their prey, and their reflexes are so fast they almost can’t be seen with the naked eye, National Geographic reports. Their front legs also have small spikes that help them trap and pin their prey.

The mantis species we see in Illinois live in many different habitats, including both forests and prairies, IDNR reports. Although their camouflage makes them difficult to see, they are common in trees and tall grasses, as well as in gardens, where they can be useful in managing the populations of common garden pests.

While none of the praying mantids found in the United States are currently threatened or endangered, some mantis species in other parts of the world are at risk due to habitat destruction.

Praying mantises are ambush hunters, lying very still while waiting for their prey to move closer, then striking to catch it with their forelegs. They mostly eat spiders and other insects – commonly bees, flies, grasshoppers and aphids – but they also sometimes catch and eat animals larger than themselves, including frogs, lizards and even hummingbirds.

Mantises are also one of the few species that will eat their own kind. Most notably, this sometimes occurs after – or even during mating – when the females eat the males, according to National Geographic.