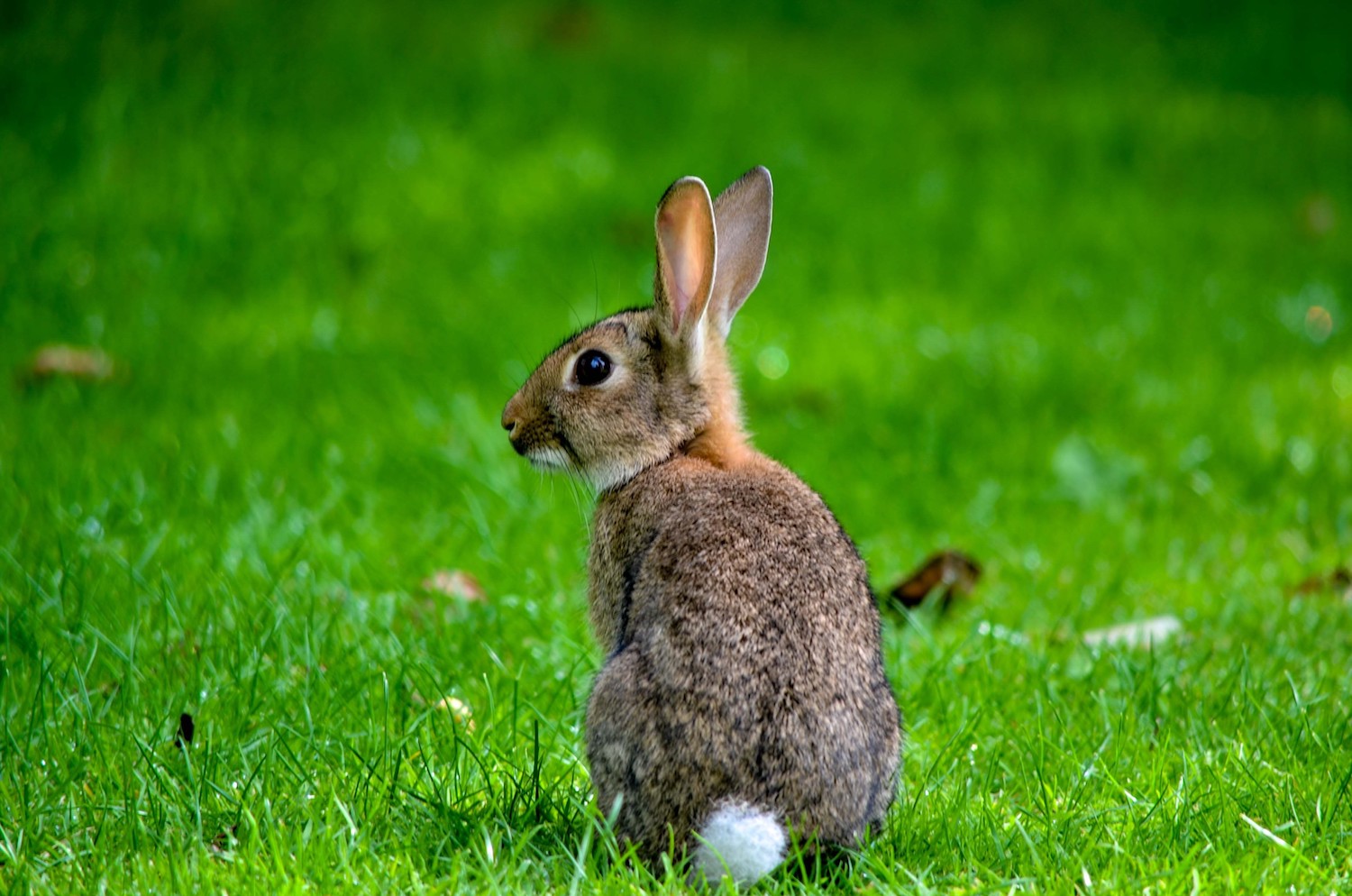 A cottontail rabbit. (Photo via Shutterstock)

Cottontail rabbits are one of the most common creatures we see in Will County, a frequent site in yards, parks, preserves and just about any other open spot. What these common creatures are most well-known for is their prolific breeding.

Their ability to produce a lot of offspring is aided both by their short gestation period, which is between 28 and 30 days, and their litter size. Females typically have three litters each year, and each litter usually has between four and six babies, Wildlife Illinois reports. They can begin reproducing when they are six months old.

The eastern cottontail rabbit is one of several cottontails, but it is the most common of them, National Geographic reports. It is the only type of rabbit that lives in northern Illinois. Rabbits are often thought to be rodents, but they are actually classified as lagomorphs, an order that also includes hares and pikas.

Anyone who has ever seen a cottontail rabbit could easily guess how they got their common name: their tails, which look like cotton balls. Their scientific name is Sylvilagus floridanus. Sylvilagus is Latin in origin, with silva meaning "forest" and lagos meaning "hare," so the name roughly translates to forest rabbit, according to the University of Wisconsin-Stevens Point. That's because historically eastern cottontails lived in forests and wooded areas, although they now prefer more open, grassy areas.

Eastern cottontail rabbits are notable for their big ears, big eyes, long back feet and, of course, their white cotton-ball tails. Their fur ranges from brown to gray and changes during the year, depending on the season. In the spring and summer, they have shorter fur coats that are light brown in color, according to Animal Diversity Web. Toward the end of summer, they will begin to molt their summer coats, replacing it with longer, more dense fur for the winter months. Their winter coat is more gray in color. Their undersides, along with their tails, remain white all year.

As adults, cottontail rabbits are typically between 15 inches and 19 inches long and they weigh between 2 pounds and 4 pounds. They reach their full-grown size by the time they are 6 months old, Wildlife Illinois reports. At birth, baby rabbits, called kittens, are tiny, hairless and blind. They weigh less than one-tenth of a pound when born, but they grow and develop quickly.

Most people have seen a cottontail rabbit in their yard or a neighborhood park, and both those spots fit in with their usual habitat. Outside of our neighborhoods, cottontail rabbits live along the edges between wooded areas and open grasslands, according to the Animal Diversity Web. They are a common sight in meadows, orchards and farmland.

Cottontail rabbits live across much of North America, including parts of Mexico and Canada, and in the northwest portion of South America. In the United States, they live across the entire eastern portion of the country, as far west as the Great Plains, National Geographic reports.

Cottontail rabbits are herbivores, eating only plant matter. Their diet shifts throughout the year based on what is available. In the summer, they mainly eat green plant material, with grasses making up about half their diet, according to Animal Diversity Web. They also eat clover and wild strawberry and have been known to be a nuisance in home gardens, feasting on available greens. Their winter diet is mostly woody plant material like twigs and bark.

Rabbits mostly eat in the two to three hours just after dawn and the hour before sunset. In the winter, they feed mostly after dark. And while not typical, rabbits do sometimes eat during the day, most often when the weather is fair and mild or they have good cover from potential predators, Wildlife Illinois reports. 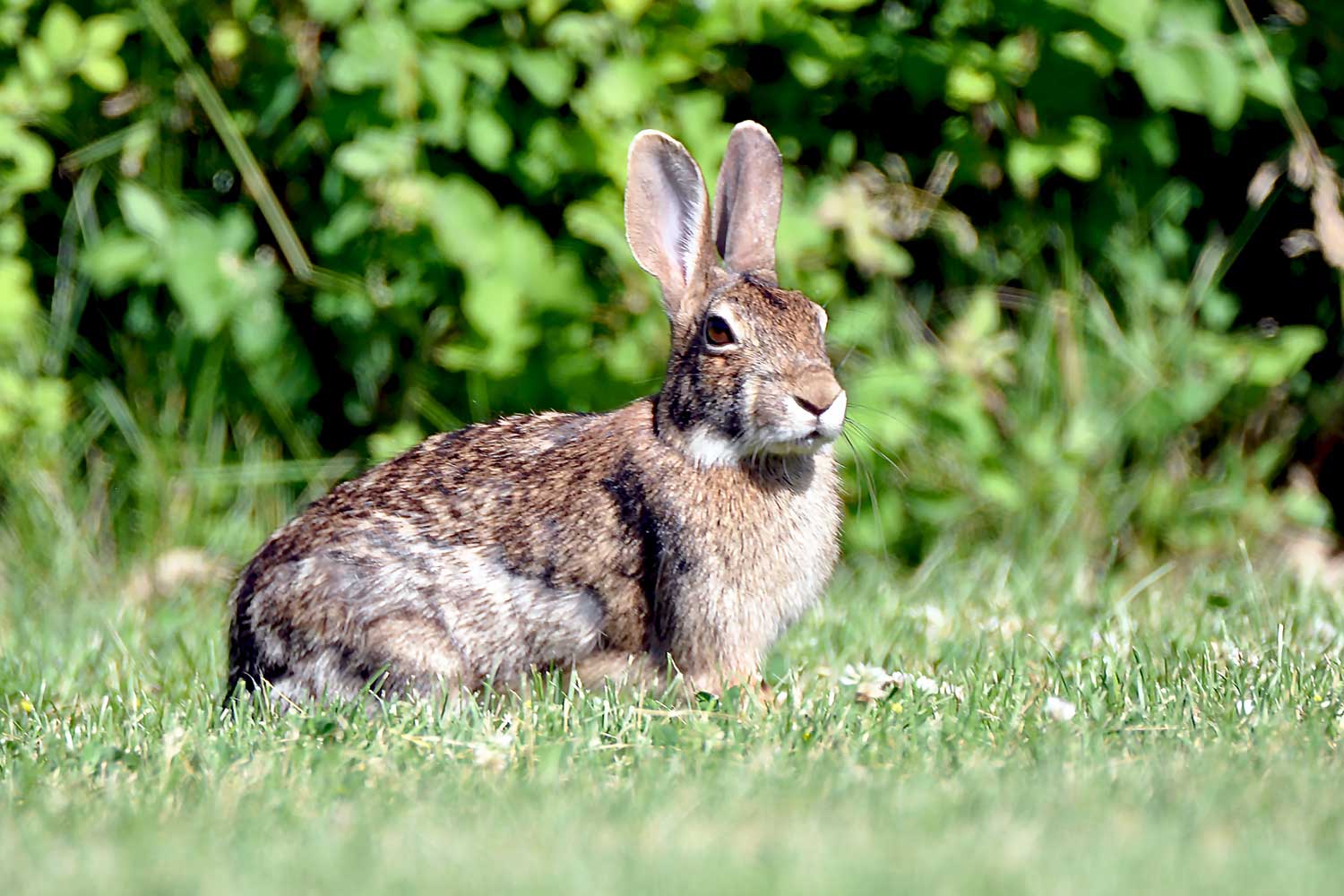 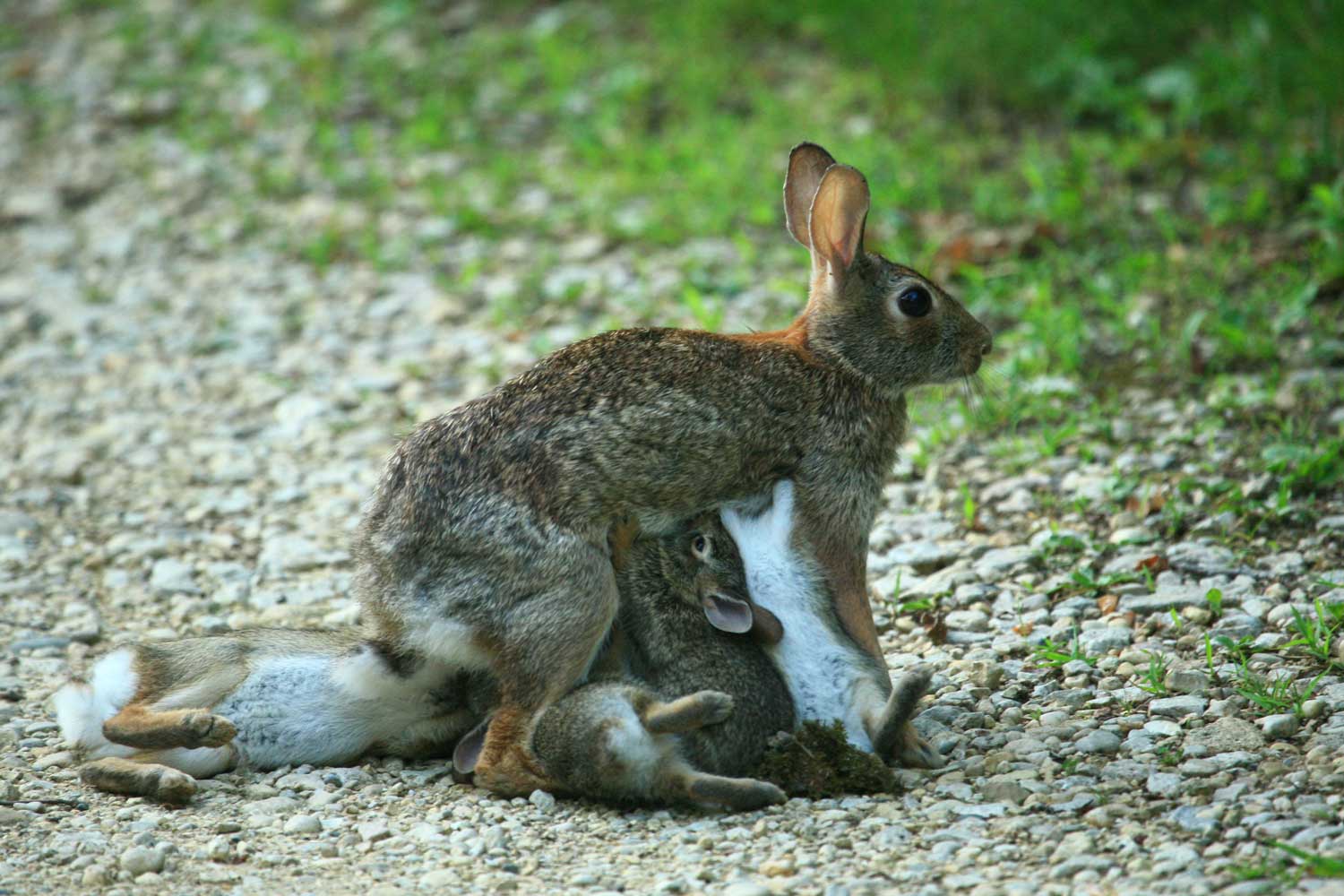 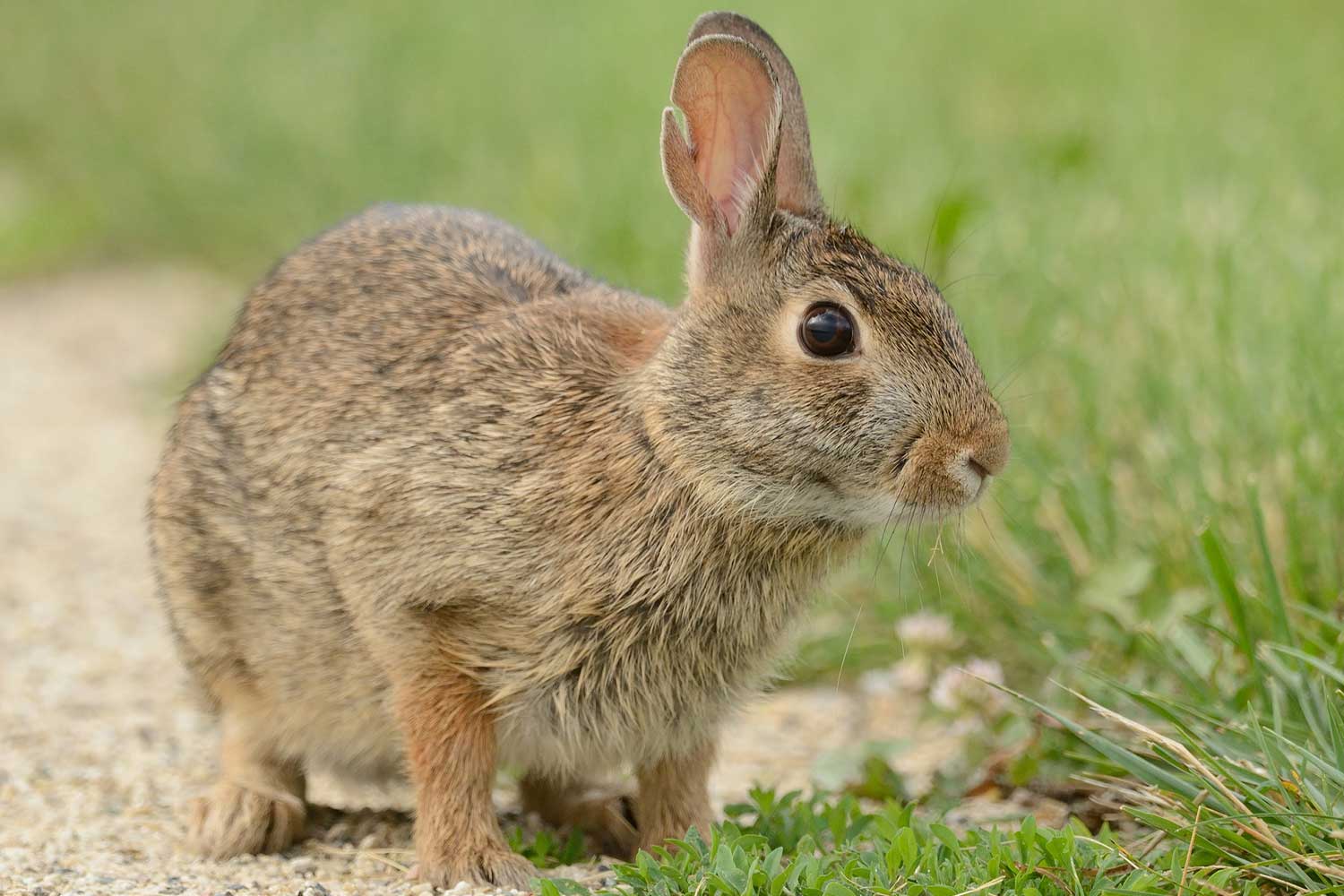 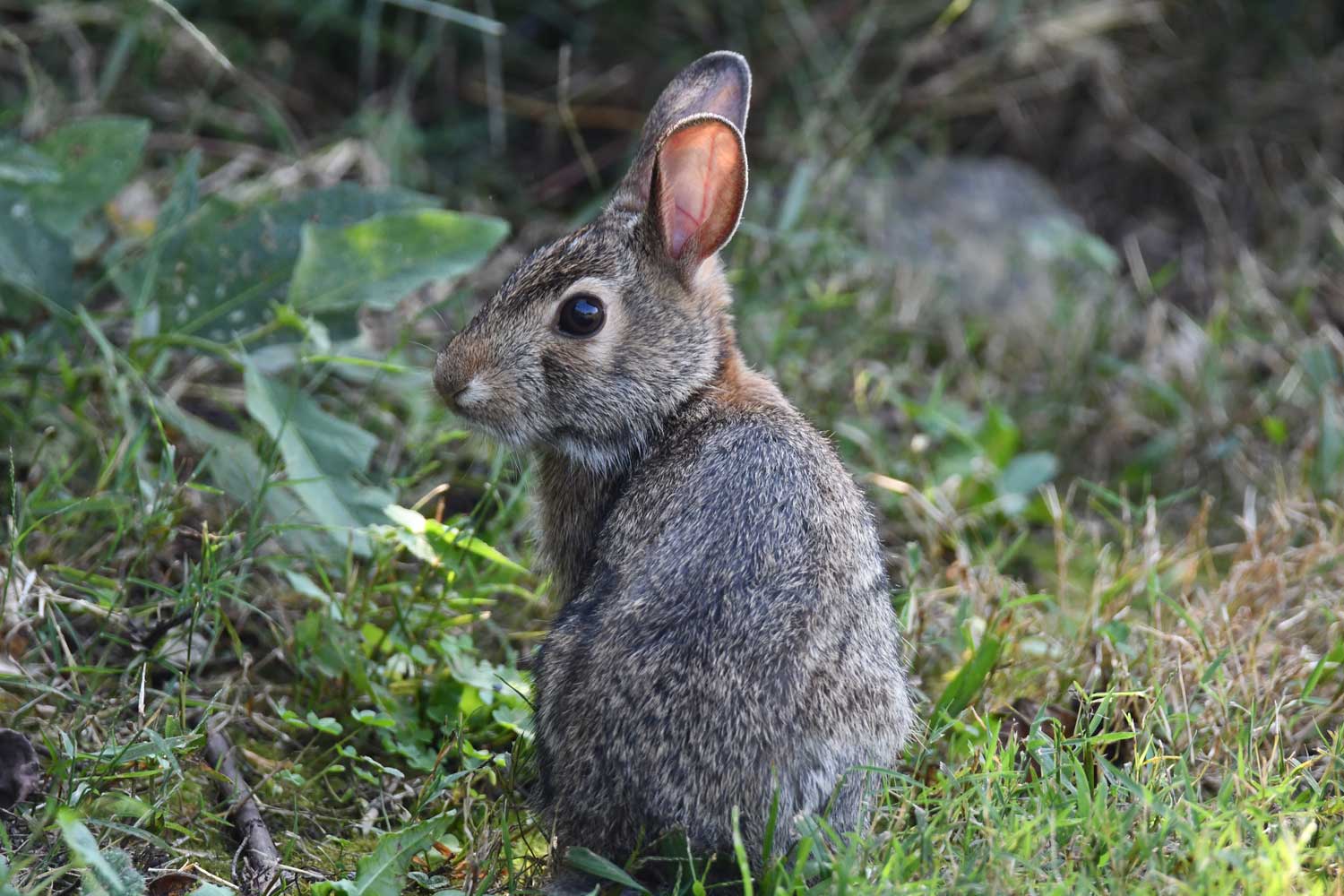 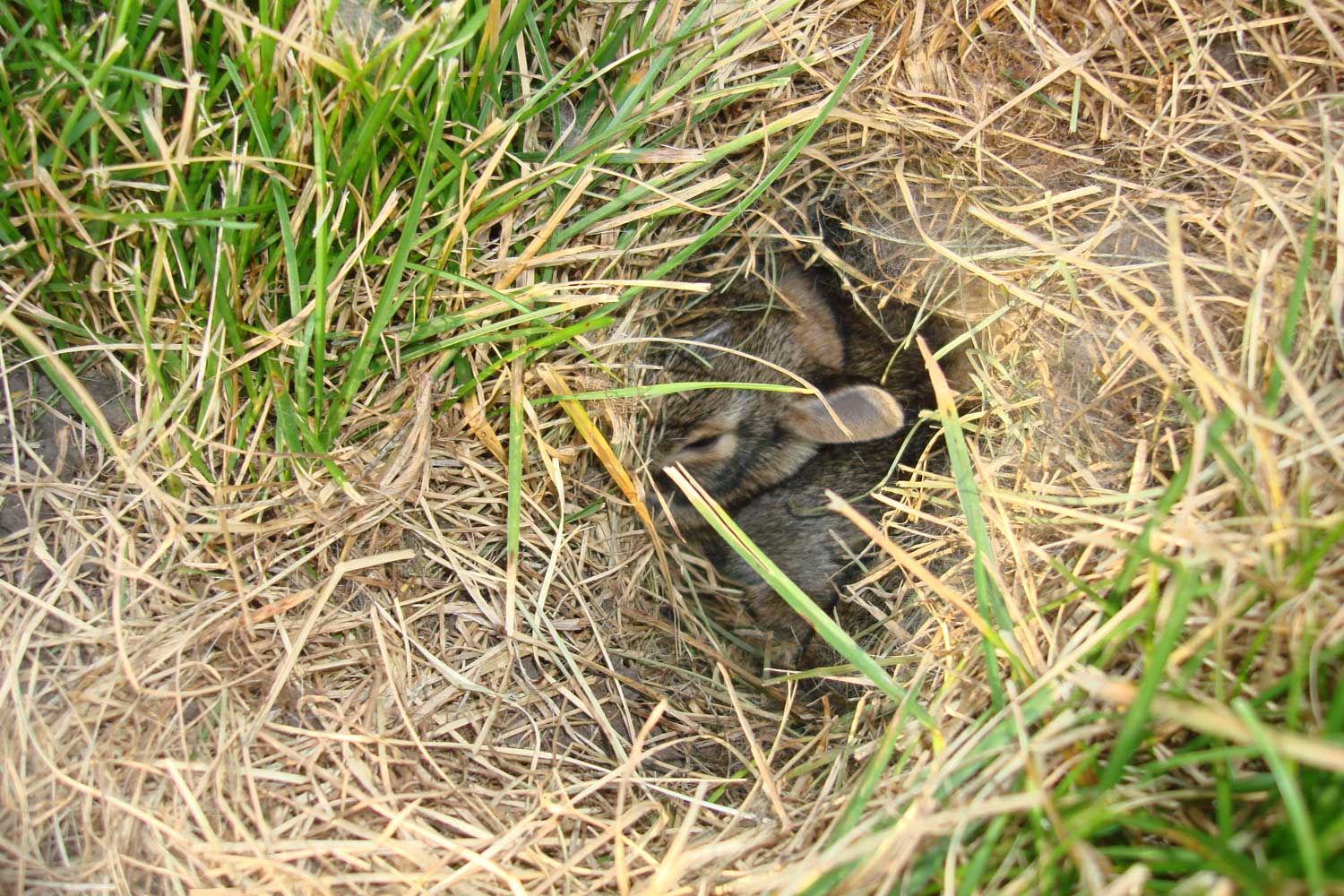 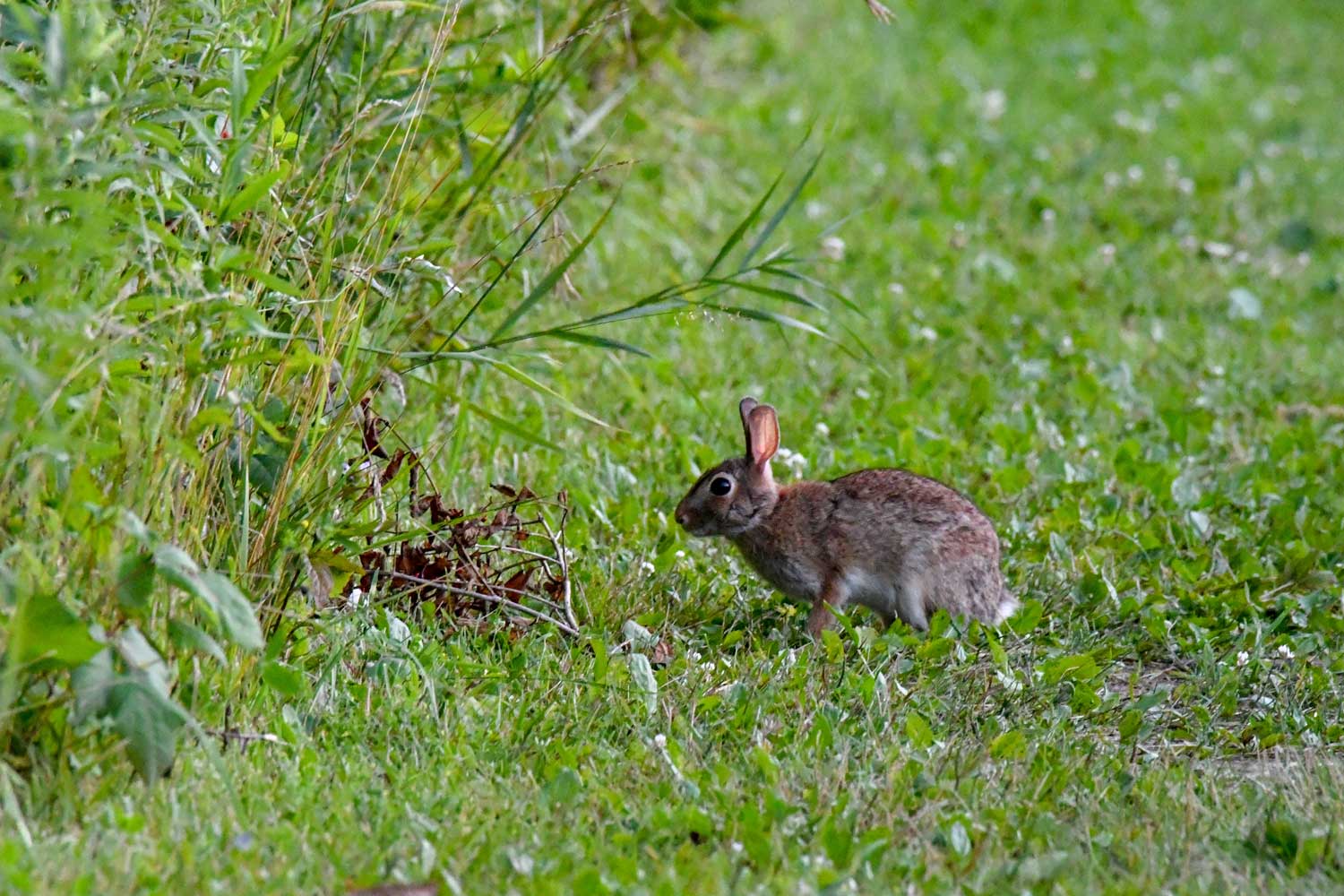