Northern cardinals are easily one of the most recognizable birds in America, thanks to their bright red color. They're also easy to attract to your yard with feeders, making them a favorite among many backyard birders.

Cardinals are songbirds, which account for about half of the world's 10,000 bird species, according to Cornell Lab. Songbirds learn and use complex songs to communicate, while other birds typically use more simple and instinctual sounds to communicate. Cardinals are unique among songbirds because both the males and females sing. Among most songbirds, only males sing their complex songs and calls.

One peculiar behavior that cardinals are often seen engaging in is attacking their own reflection in a window or mirror, Cornell Lab reports. Both male and females do this, most often in the spring and early summer when they are concerned with defending their territory from other birds. They mistake their own reflection as another bird trying to take over their territory and will sometimes try to fight these "intruders" for hours at a time.

Northern cardinals are widely beloved, and as such are the state bird of seven states: Illinois, Indiana, Kentucky, North Carolina, Ohio, Virginia and West Virginia. And while bird team names are popular in the sports world, from the Toronto Blue Jays and Baltimore Orioles to the Philadelphia Eagles and Baltimore Ravens, not one but two professional sports teams are named for the popular redbirds: Major League Baseball's St. Louis Cardinals and the National Football League's Arizona Cardinals.

Learn more about these birds below.

You might guess that cardinals are named for their bright red plumage, and you're right in a roundabout sort of way. Cardinals are named for their red color, but more precisely they got their name because their scarlet color reminded early European immigrants of the red vestments worn by cardinals in the Catholic church, according to The Spruce. Cardinals' head crests also look a bit like the headpieces worn by the church's cardinals.

Northern cardinals are fairly large songbirds, slightly smaller in size than a robin, Cornell Lab reports. They are typically between 8 inches and 10 inches long and have wingspans ranging from about 9 inches to 12 1/2 inches. Like most birds, they are very lightweight because of their hollow bones, weighing only between 1 1/2 and 2 ounces.

The bright red plumage of a cardinal makes these birds easy to recognize, but only male cardinals are red. Females have the same black faces and orangish-red bills as males, but their feathers are mostly a pale brown or cream color with some small reddish patches on their wings, tails and crests, according to Cornell Lab.

Northern cardinals live across the entire eastern half of the United States as well as much of Mexico and small pockets of southeastern Canada and Central America, according to the University of Michigan's Animal Diversity Web. They've also been introduced in places in California, Hawaii and Bermuda. Because they can live in areas with moderate temperatures and thrive in areas where humans live, they have been able to expand their range since the 1800s.

Cardinals don't migrate. Historically, they've been more common in warmer areas of the southeastern United States, but they've been able to tolerate colder northern climates, in part because of the increasing use of bird feeders in winter months, National Geographic reports. The preferred habitat for these birds is dense, shrubby areas such as those found along forest edges, in people's yards and landscaped areas and near overgrown fields. Cardinals usually build their nests in shrubs or other dense foliage.

Cardinals primarily eat seeds and fruits, although they supplement their diet with insects during the warmer part of the year, Cornell Lab reports. Common sources of food include the seeds and fruits from grasses, sedges, buckwheat and a variety of trees, bushes and shrubs. They also eat corn and many kinds of bird seed. Nestlings are predominately fed insects.

Attracting cardinals to your yard is easy because they eat many types of bird seed and eat from many types of feeders, according to Cornell Lab. They particularly seem to enjoy black oil sunflower seeds, which is a favorite of many birds.

Colorful and photogenic cardinals are a favorite of many bird watchers, but they also play an important role in the ecosystem. Because they predominantly eat seeds and fruit, they disperse the seeds of some plant species, Animal Diversity Web reports. They are also a food source for some predators, including owls, hawks, snakes and squirrels. 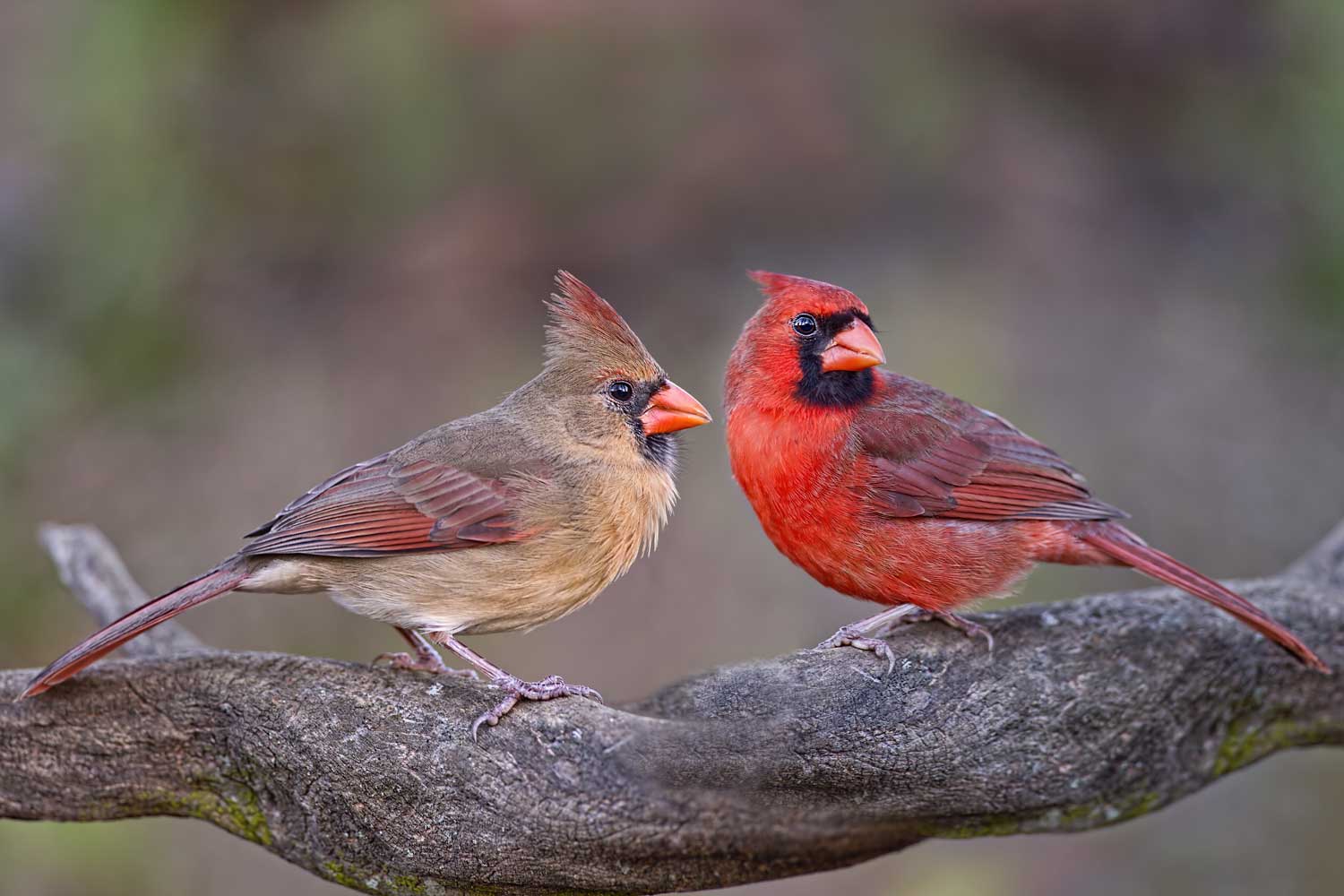 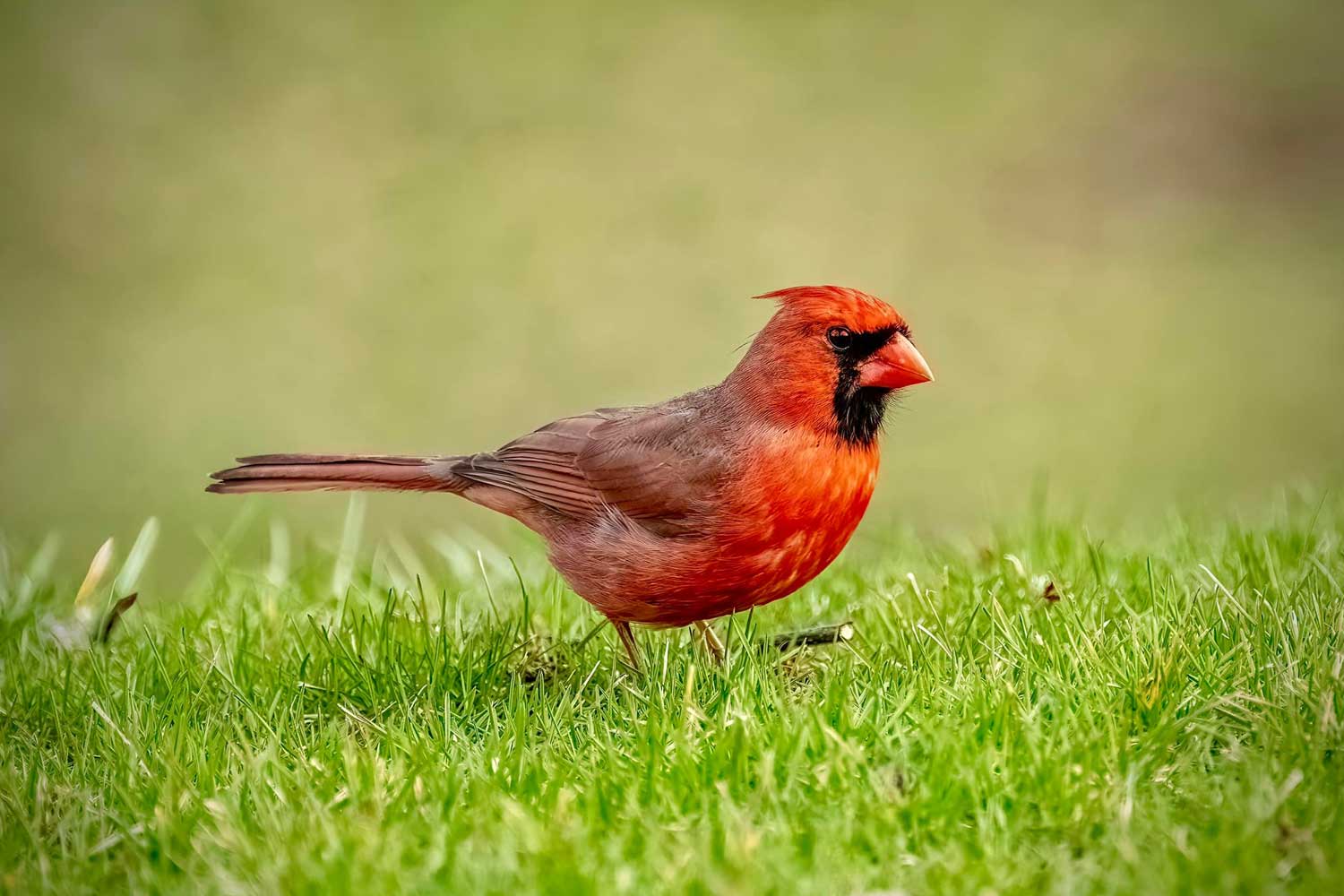 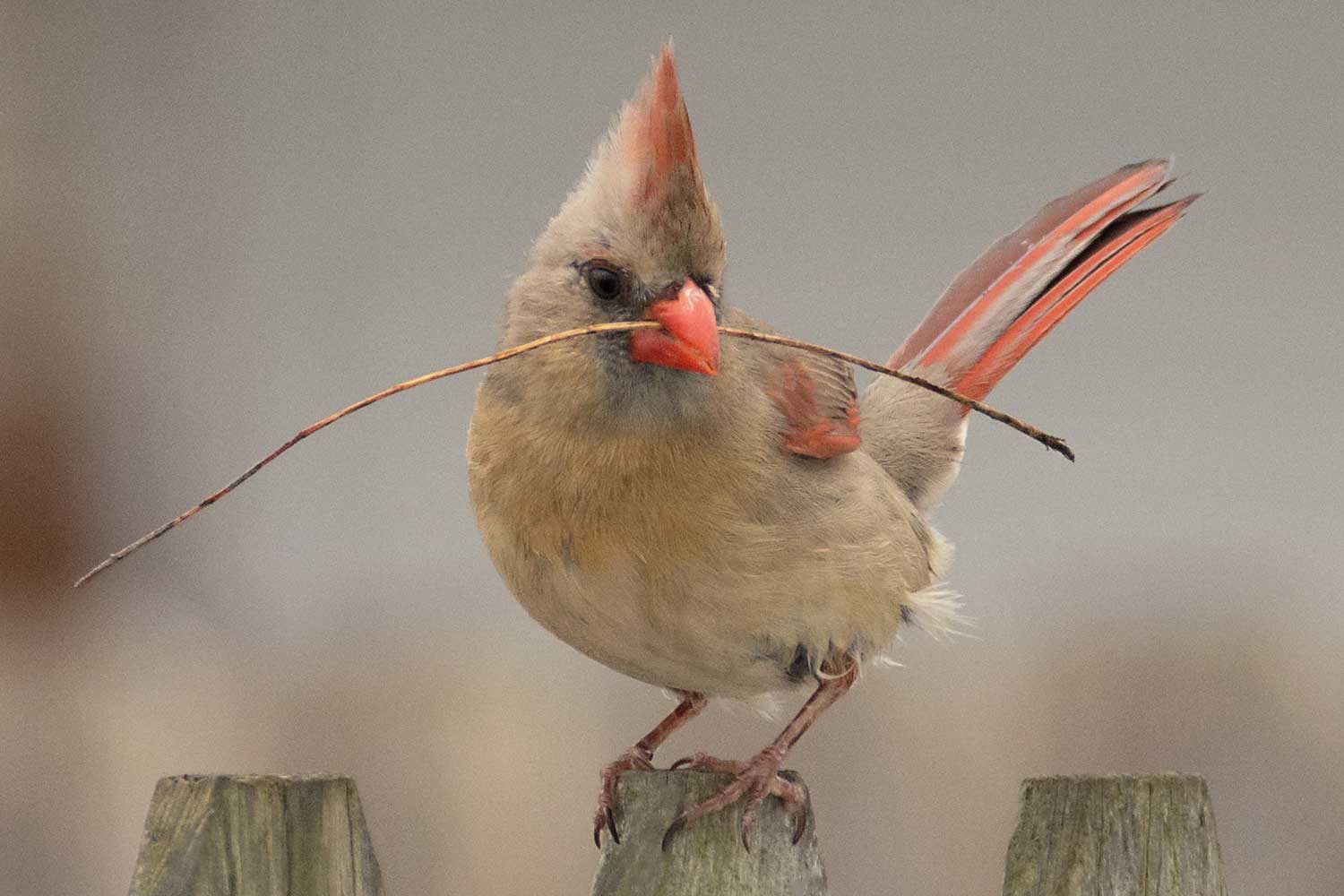 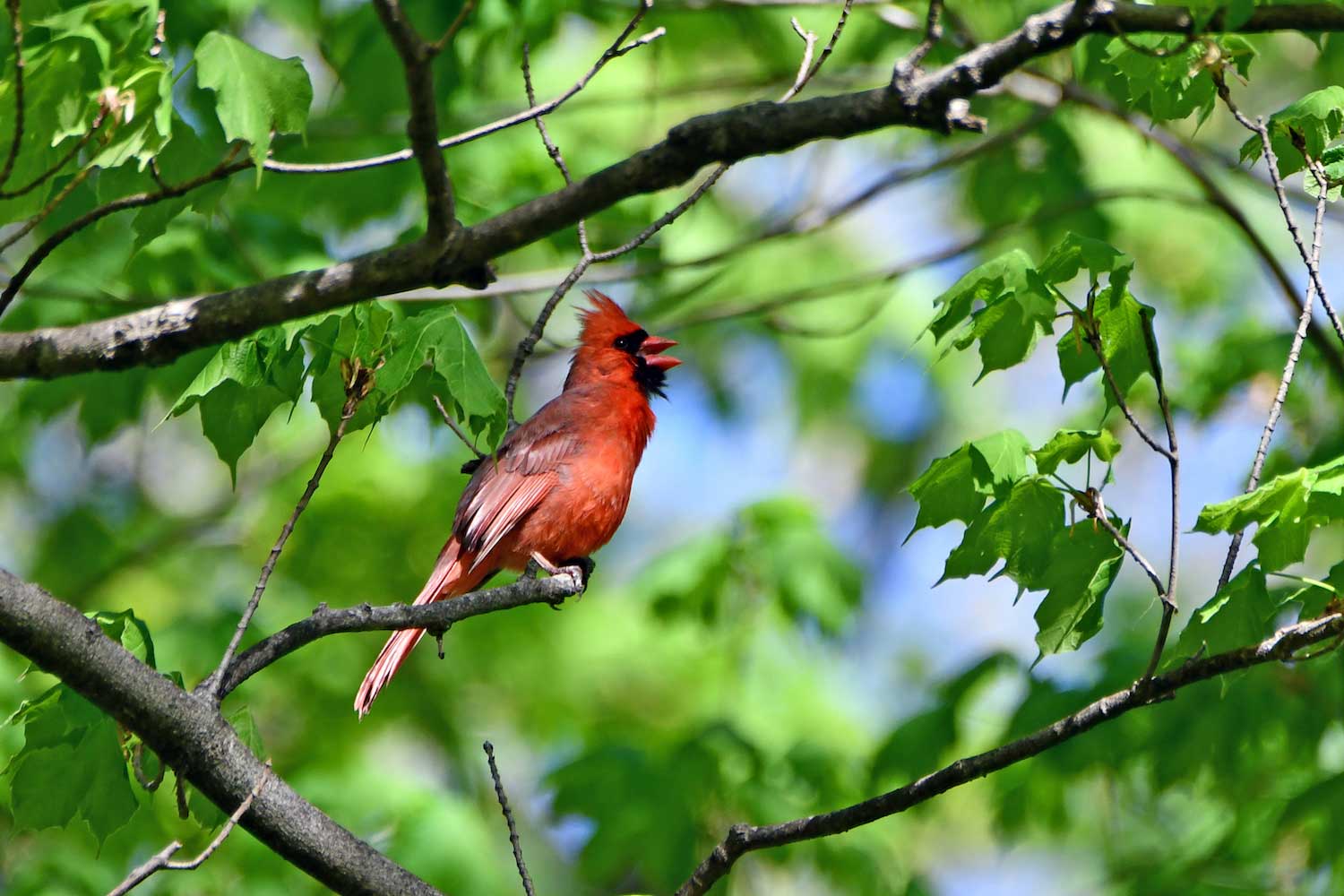 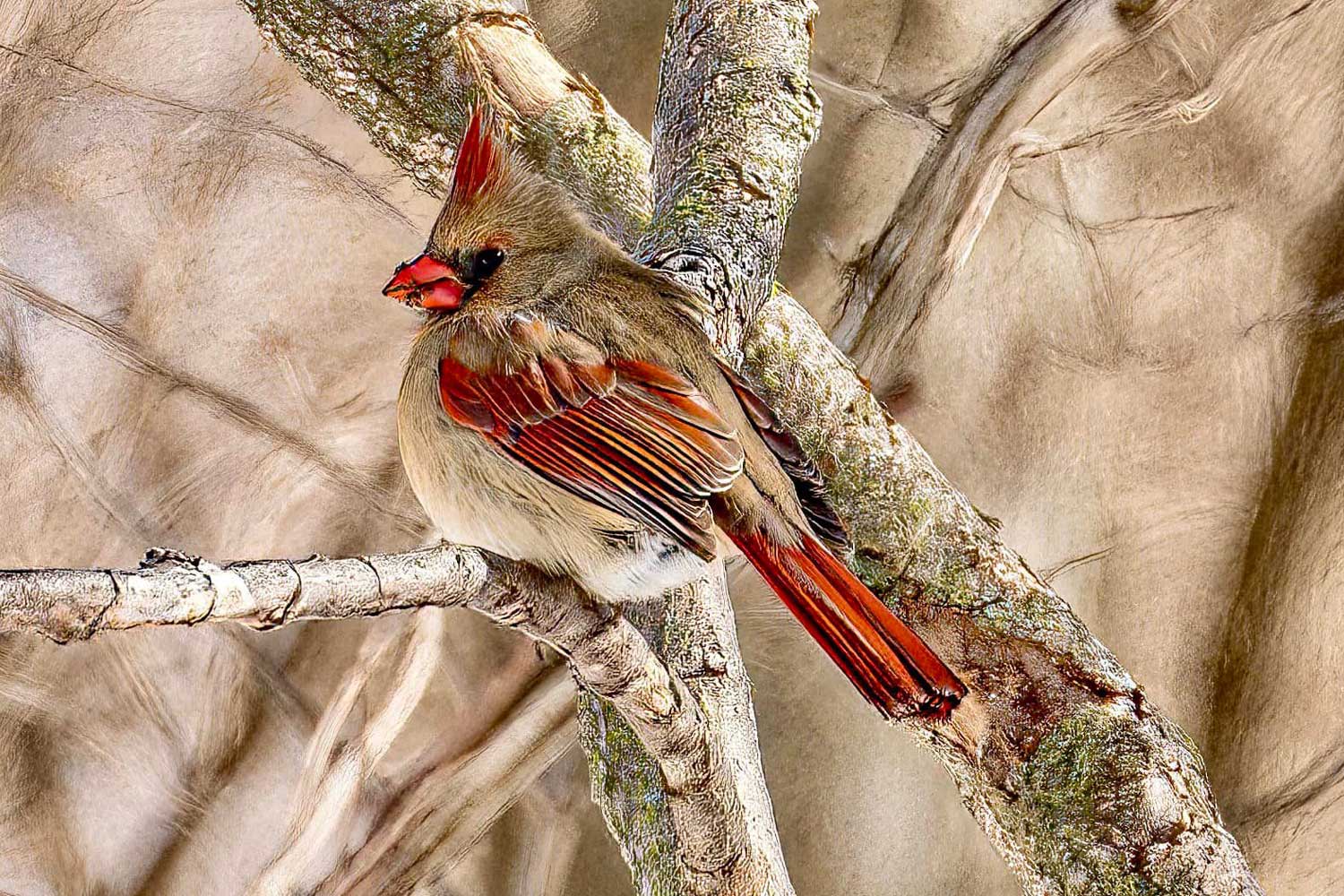