Clever or cruel? Brown-headed cowbirds make other birds do all the work of raising their young 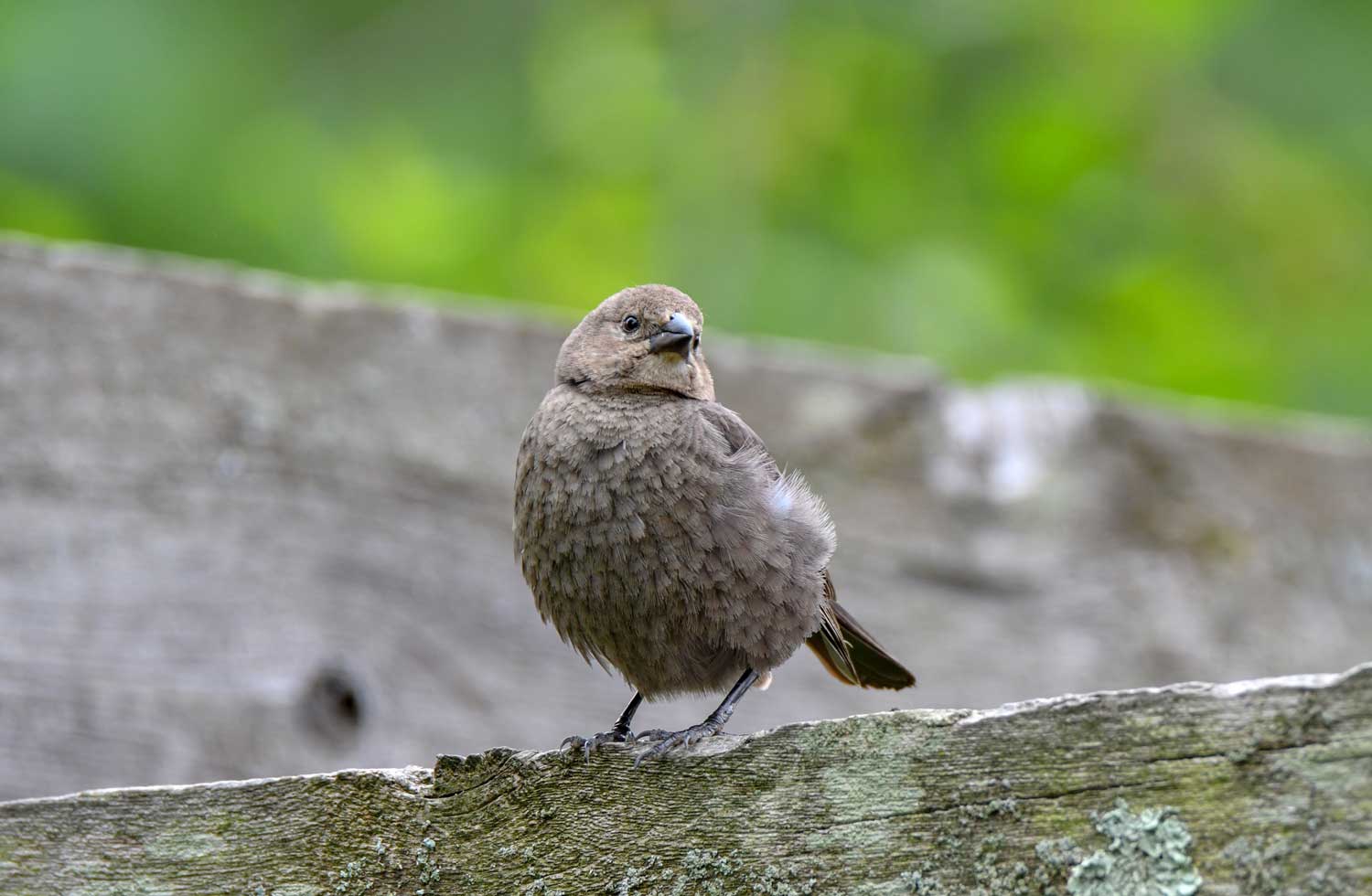 Female brown-headed cowbirds lay their eggs in the nests of other birds. (Photo by Chris Cheng)

Birds are often celebrated as exceptional parents, incubating their eggs for weeks in all manner of weather and then diligently traveling back and forth from the nest countless times to bring food to their babies.

Not all birds, though, are doting and devoted parents. Consider the brood parasites. These are birds that outsource egg incubation and caring for newly hatched babies to birds of other species. How do they do it? They simply lay their eggs in other birds' nests and let them do all the work.

The most well-known brood parasite in the United States is the brown-headed cowbird. These birds don't build nests at all. Instead, female brown-headed cowbirds expend their energy producing eggs, up to 36 a summer, which they then lay in other birds' nests, according to the Cornell Lab of Ornithology.

When a female cowbird finds a nest in which to lay an egg, she will first have to damage or remove one or more of the existing eggs, often by pushing it out of the nest. She then lays her egg or eggs in its place.

Most birds simply accept the impostor eggs in their nest, but a few, including the yellow warbler, will recognize eggs that don't belong and either reject them or build a new nest right on top of the tainted one, NestWatch reports. The birds that accept the cowbird eggs as their own either don't recognize the new eggs or treat them as their own to protect their nest from being destroyed.

Cowbirds have a shorter incubation period than most other birds, so they are usually the first in the nest to hatch. They are also larger than the hatchlings of many other species, and they grow quicker too. Cowbirds are typically ready to fledge eight to 13 days after hatching, which is earlier than the host bird's babies, according to NestWatch.

Being bigger and hatching earlier than the other eggs in the nest means cowbird hatchlings often thrive at the expense of the host's own babies, Cornell Lab reports. Because of this, their parasitism can threaten the livelihood of some birds, particularly those with small populations, including the black-capped vireo and Kirtland's warbler.

The parasitic behavior of the brown-headed cowbirds has made them one of the more reviled birds in North America, so much so that some people will try to correct the perceived injustices created by the cowbirds by removing their eggs from their hosts' nests, according to the National Audubon Society. However, this is ill-advised for several reasons.

First off, brown-headed cowbirds are protected under the Migratory Bird Treaty Act, which makes it unlawful to remove or tamper with their eggs without a permit. In addition, while most birds do not recognize the cowbird eggs as different than their own, many do monitor the mass of the eggs in their nests. If the mass changes because eggs are removed, the host bird may abandon the nest, the Audubon reports.

The cowbirds' nesting behavior may seem cruel or clever, depending on your particular bent, but it is the only way they have to reproduce. They cannot build nests of their own, so they must rely on other birds both to incubate their eggs and raise their offspring.

Brown-headed cowbirds are just one example of a brood parasite, the most common one in North America. Bronzed cowbirds, which live in the American southwest and Mexico, are also brood parasites. Elsewhere in the world, the newly hatched young of some brood parasites are known to kill the host's nestlings. For example, Eurasian cuckoos push the host's eggs and hatchlings out of the nest, while African honeyguide nestlings will kill the host's babies with the sharp hooks on their bills, according to Fernbank Science Center.