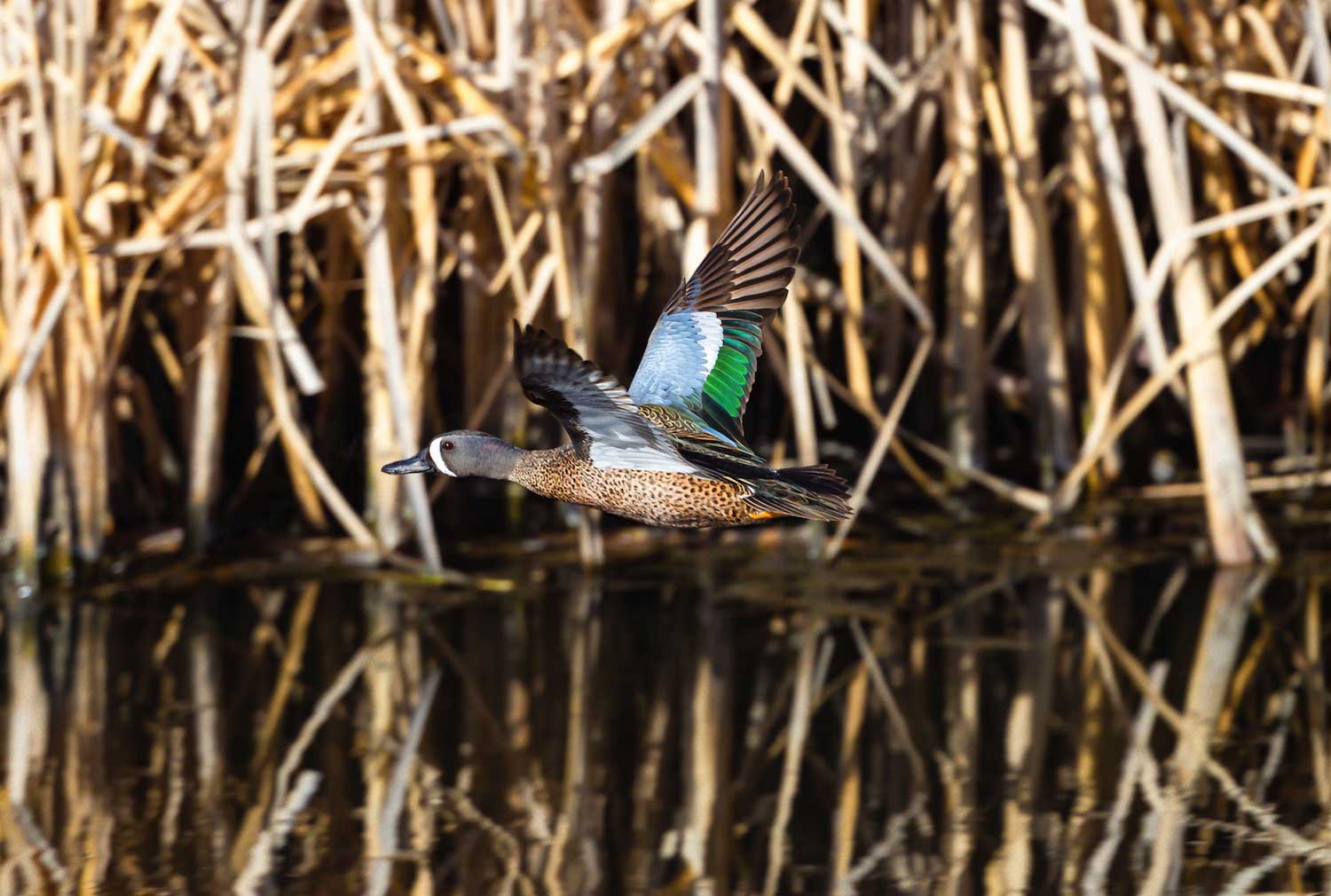 Blue-winged teals can be a common sight on shallow bodies of water across the area, but only if you look at the right time of year.

Blue-winged teals are dabbling ducks, which means they skim the surface of the water for food and will upend themselves, sticking their heads in the water and their tail feathers upward, to eat foods just below the surface, according to the Missouri Department of Conservation. Not all ducks are dabblers. Some, like canvasbacks and ring-necked ducks, are diving ducks, and they submerge themselves in the water in search of food.

Read on to learn more about these blue-winged teals.

There are about 15 different teal species worldwide, Brittanica reports. The United States is home to three teals, all of which have colorful names. In addition to the blue-winged teal, we also see green-winged teals, named for their green wing patches, here in Illinois. The cinnamon teal, named for its cinnamon-colored plumage, lives in the western United States.

Blue-winged teals are small ducks. In fact, they are the second smallest duck in North America, only larger than the green-winged teal, according to the U.S. Fish and Wildlife Service. Teals are quite small in comparison to some of our most common ducks, only about 15 inches long compared to a mallard's 20 inches to 25 inches. Blue-winged teals are also much lighter, typically weighing 1 pound or less compared to a mallard's 2 pounds to 3 pounds.

Like other ducks, males and females differ in appearance. Males have brown bodies with gray heads and necks. Between their eyes and their bills, they have a vertical white stripe. Females are all brown, with darker shades on their heads and around their eyes, Cornell Lab reports. Both the males and females have the blue wing patches for which they are named. They also have round heads and large bills for their size.

During their summer breeding season, blue-winged teals can be found across much of northern North America, even as far north as southern Alaska, according to the Animal Diversity Web. For winter, they migrate south to places like the coastal Carolinas, coastal California, Florida and much of the Gulf of Mexico coast and as far south as Mexico and South America.

Blue-winged teals prefer small wetland areas with shallow water, the Fish and Wildlife Service reports. During their migrations, they will take advantage of any shallow water they can find, including flooded fields and marshes. For nesting, they will choose spots along the grassy or vegetated edges of shallow ponds.

These ducks are omnivores, and they mainly eat aquatic invertebrates and aquatic plants, the Fish and Wildlife Service reports. During the summer breeding season, their main food sources are tadpoles, snails and aquatic insects. They also eat seeds, aquatic weeds and other vegetable matter. In their wintering grounds, the teals eat a lot of seeds as well as rice, millet and water lilies.

Like other animals that consume other creatures, blue-winged teals help control the populations of their prey. The teals also control the presence of aquatic vegetation and serve as a food item for carnivores, according to the Missouri Department of Conservation.