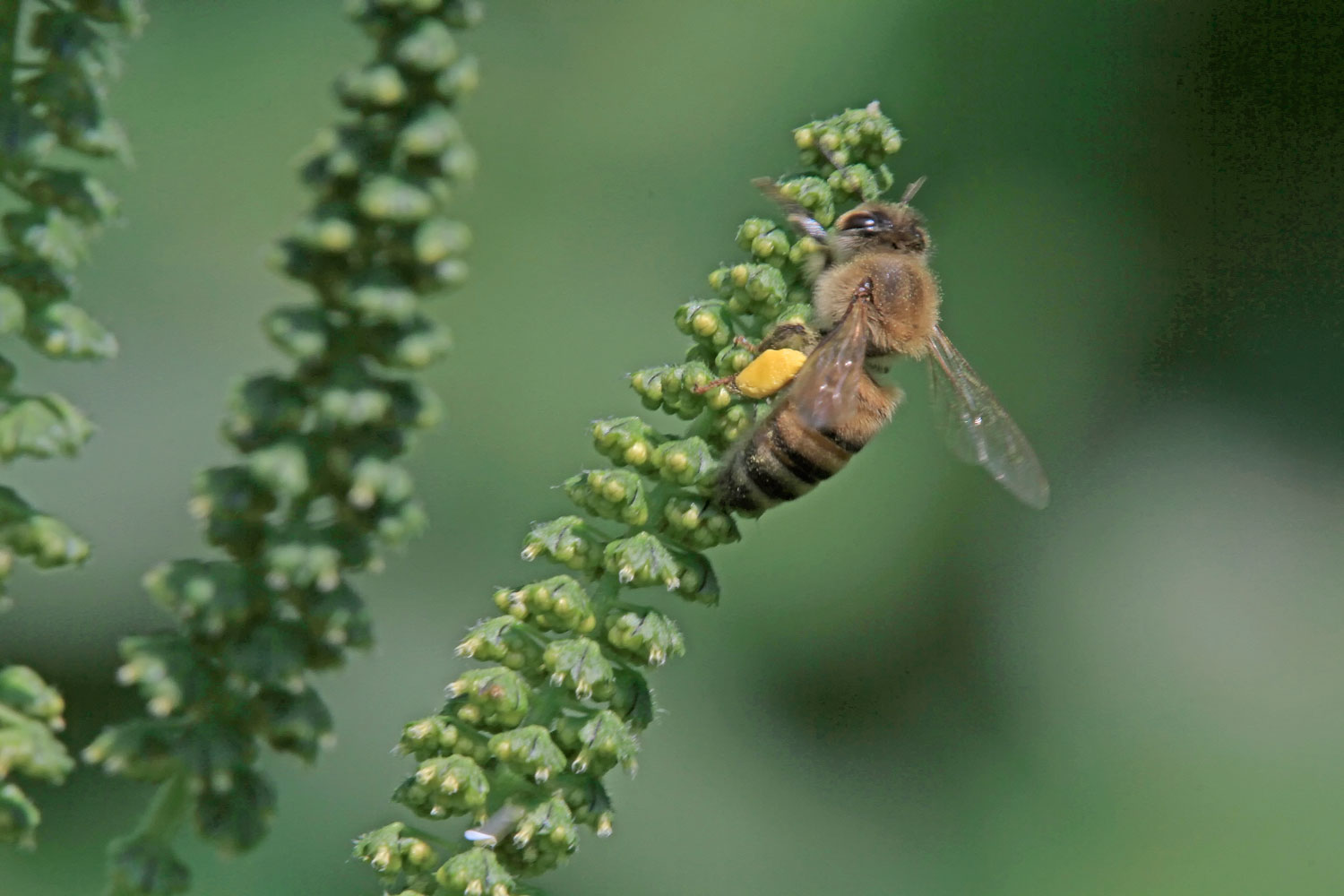 Male honeybees, called drones, attempt to blind the queen while mating, and the reason why may surprise you. (Photo courtesy of Paul Dacko)

In one of the many examples of bizarre behavior in the animal kingdom, it turns out male honeybees – the drones – try to blind the queen in an attempt to woo her.

Yep, that's right. And it's even more bizarre than that. How they go about this seemingly sinister behavior is with a toxin in their semen. You read that right: Drone bees try to win the mating game with the queen by blinding her with toxic semen, according to a study published earlier this month in eLife.

The intent of this behavior is to stop the queen from mating with any other drones, thereby ensuring the blinding drone will pass along his DNA to the next generation of bees, according to the research done collaboratively by scientists at the University of California-Riverside, the University of Copenhagen in Denmark and the University of Western Australia.

At the root of this behavior is that the queen honeybee goes on mating flights with multiple drones over several days, even after already being inseminated by a drone, according to a Mother Nature Network report on the study. The blinding is temporary, lasting 24 to 48 hours, but the queen won't fly while her vision is impaired, so it's far less likely she will engage in additional mating flights.

"The male bees want to ensure their genes are among those that get passed on by discouraging the queen from mating with additional males," said Boris Baer, the study's lead author, in a press release. "She can't fly if she can't see properly."

This type of behavior may seem drastic, but when you consider that the drones die after mating it seems less radical.

While mating seals the drones' fate, it doesn't stop them from trying to mate with her. As many as 40 drones will attempt to mate with the queen, and the mating itself is done mid-flight, Mother Nature Network reports. The drones die a certain death because the forcefulness of mating causes the endophallus, the part of the drone that enters the queen, to rupture, breaking off from their bodies.

The toxin in the semen that temporarily affects the queens' vision was first detailed in the study published in eLife, but it's not the only chemical designed to increase a drone bee's chances of being reproductively successful. Bee semen also contains a protein that attacks sperm from other drones, Mother Nature Network reports.

The mating behavior of the queen is designed to allow for the hive's liveliness and longevity. Queen bees can store millions of sperm. After the mating flight, the queen will return to the hive never to leave again. After a few days, she will begin laying eggs — as many as 2,000 a day. All told, one queen can give life to an additional 1.7 million baby bees, Mother Nature Network reports.