Birds sunbathe just like humans, but not always for the same reasons 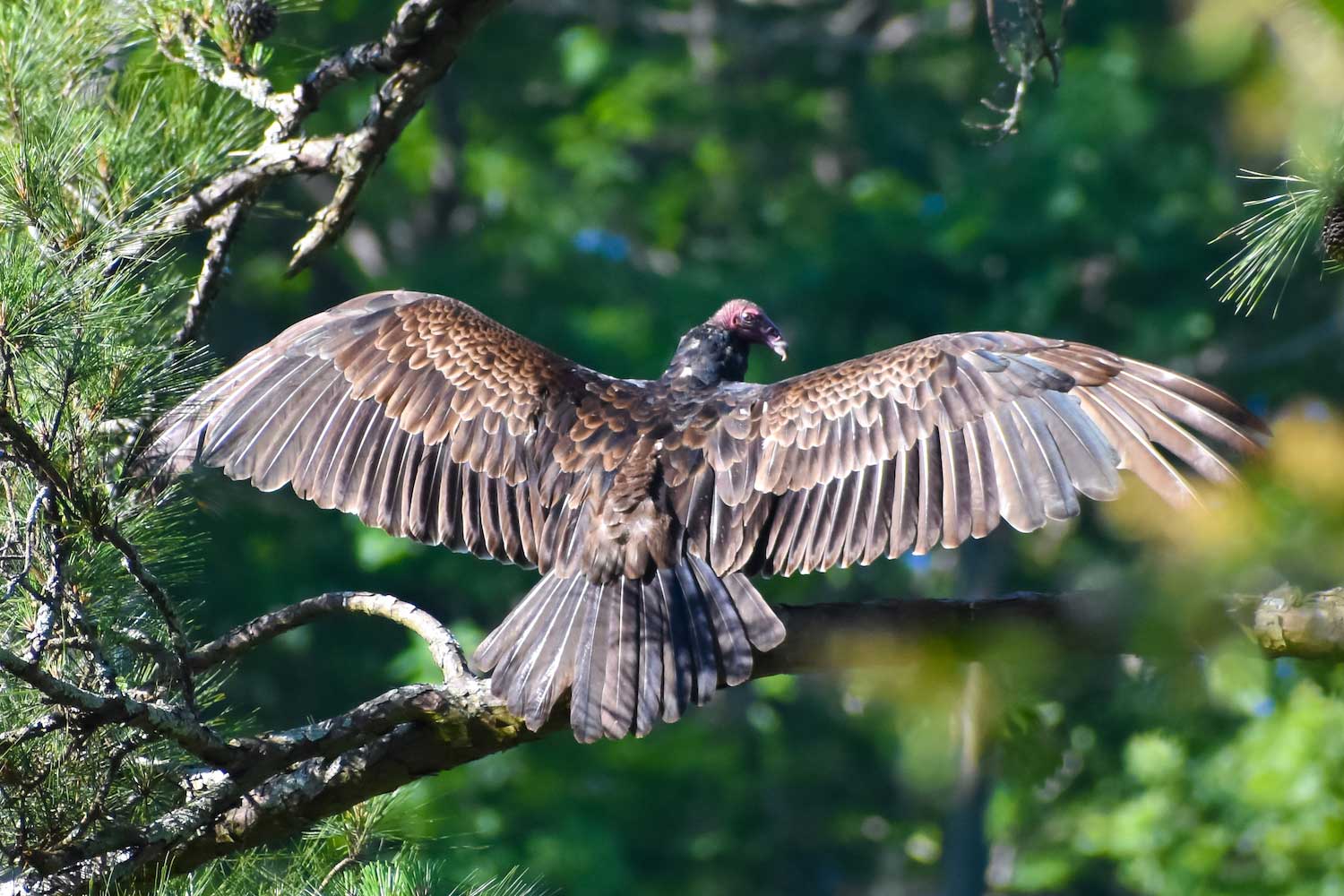 A turkey vulture sunbathing while perched in a tree. (Photo via Shutterstock)

These birds are sunbathing, just like humans do. Many different types of birds sunbathe, including swallows, finches, buntings, doves and birds of prey, but why they do can vary. Some birds, like turkey vultures, will perch themselves in the sun to warm up on a cold morning. Others will lay out in the sun to dry off before taking off in flight. But sunbathing also helps keep birds healthy because it rids them of parasites, according to the National Audubon Society.

How sunlight kills parasites and feather lice on a bird is not completely understood, but researchers believe the heat and ultraviolet radiation from the sun are key, according to the Audubon Society. Scientists also believe the lice may move after being exposed to the heat and light, making it easier for birds to pick them off their bodies.

When sunbathing, birds position themselves with their backs to the sun, so sunlight hits the maximum amount of plumage, according to The Spruce. They fluff up their feathers on their heads, spread their tail feathers and outstretch one or both wings. While sunning, birds may change positions periodically to allow more of their feathers and bodies to be exposed to the sunlight.

Birds typically sunbathe on the ground, although sometimes they perch themselves up high, in a tree or on a roof, for example. Open areas with unobstructed sunlight are a preferred spot, but birds can sometimes be seen sunning themselves in small patches of sunlight as well, The Spruce reports.

Removing parasites such as feather lice is important for birds both because it keeps them healthy and clean and because it helps them find mates, according to the Audubon Society. The presence of lice can make a bird's feathers more dull or may require more regular and frequent preening, both of which can make it harder for birds to find mates.