Drunk birds? It does happen from time to time 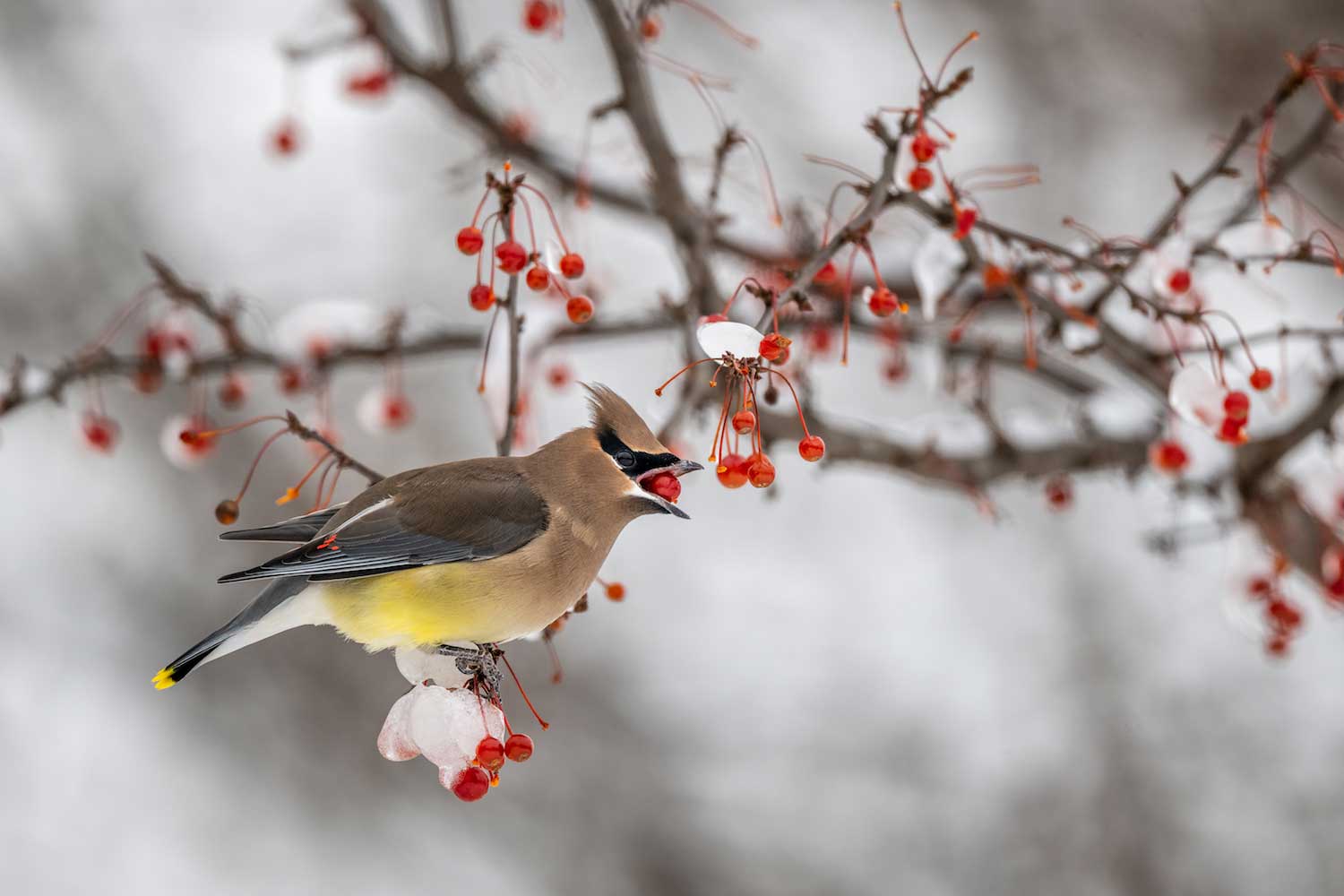 Birds, it seems, sometimes indulge to the point of intoxication.

Fruit-eating birds like waxwings can get drunk, so to speak, when they eat fermented fruit, according to the National Audubon Society. And it turns out a drunk bird acts a lot like you might expect. Birds don't fly as well while inebriated and aren't able to easily avoid obstacles in flight. Flying into windows and buildings when drunk can cause injuries and even death in birds.

In warmer months, eating fruit and berries doesn't usually pose a problem for birds. However, berries and other tree fruits can ferment in late fall and winter when the first frosts and freezes occur, according to National Geographic. When birds come along and eat these fruits, even much later in winter, they can become intoxicated.

Later, in late winter and early spring, the weather poses more problems for fruit-eating birds because of the natural temperature changes of the season. The cold weather concentrates the sugar in berries and other fruits, and then when it warms up the speed at which the sugar breaks down is accelerated, the Audubon Society reports. In these cases, the alcohol that forms in the fruit is more potent than it normally would be. In humans, this would be like the difference between drinking beer and vodka — the vodka packs much more of a punch.

Most of the evidence on drunken birds is anecdotal. More study-based scientific research is difficult because there is no routine test for alcohol poisoning in animals, veterinary scientist Paul Duff told National Geographic.

Fruit-eating birds, like waxwings, seem to have some protection from becoming inebriated from fermented fruit in the form of their large livers, which break down alcohol to remove it from their bodies, National Geographic reports. Younger birds, though, may be more susceptible to the ill effects of alcohol.

Duff has been involved in several investigations into the death of birds that were determined to have been from injuries sustained after consuming fermented berries. All the birds were immature, and Duff theorized that it's possible that older birds learn to avoid the most toxic berries, saving themselves from the dangerous consequences of flying under the influence.

If you find a bird that you suspect is intoxicated, it's a good idea to contact a wildlife rehabilitator. In the meantime, you can put the bird in a cardboard box with a few holes punched in for airflow, National Geographic reports. After a few hours, you can see if the bird has sobered up enough to be released.