Lobsters in Illinois? Maybe not, but we have plenty of their miniature relatives, crayfish 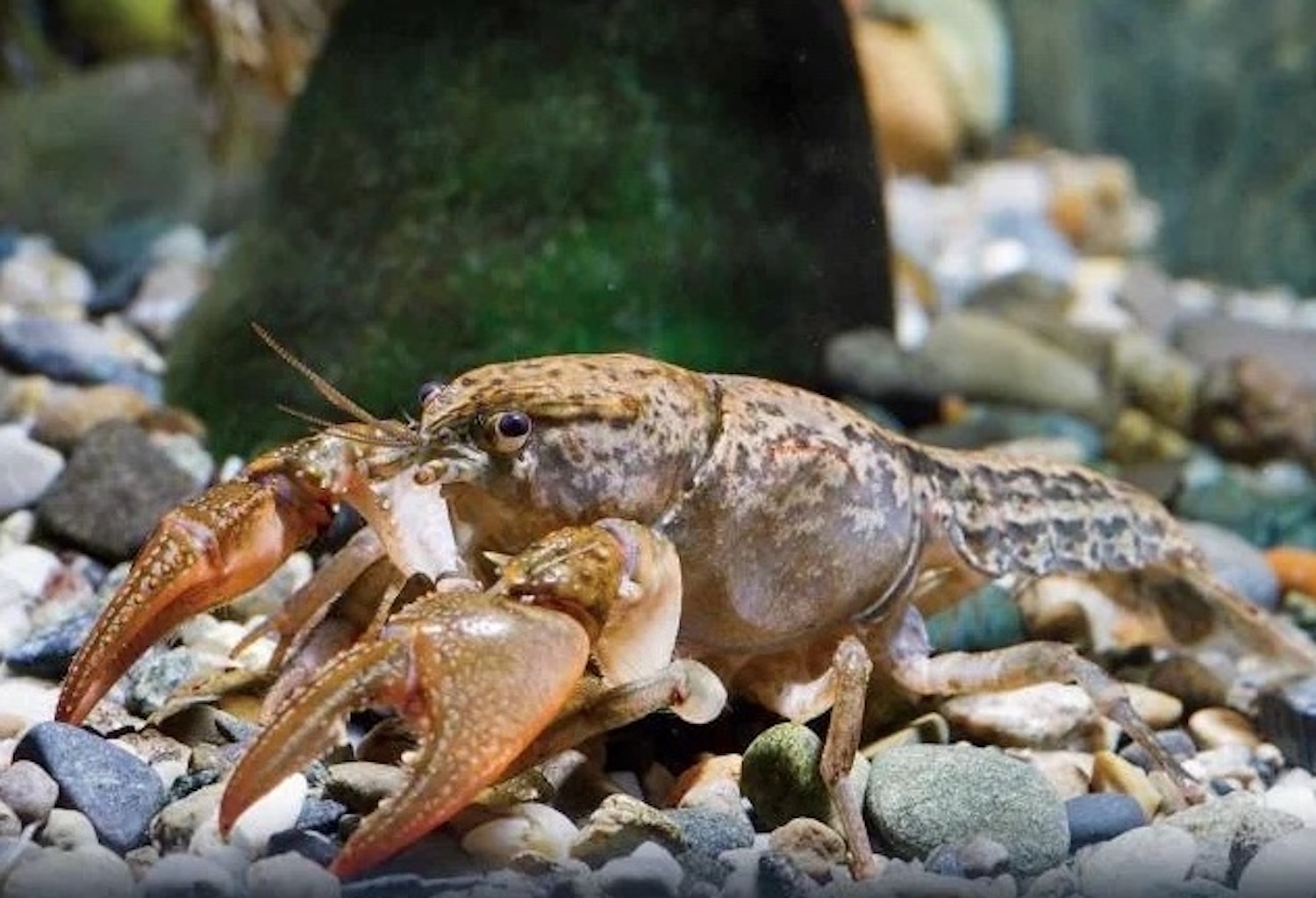 A digger crayfish. (Photo courtesy of the Missouri Department of Conservation)

We, of course, don't have lobsters here in landlocked Will County, but no one would be surprised to see what looks like a miniature version — a crayfish — in their local pond or stream. And, indeed, lobsters and crayfish are closely related.

Like lobsters and other common sea creatures such as crabs and shrimp, crayfish are crustaceans. Most of the crustaceans we are familiar with are aquatic, but a few, including pillbugs, which you may know as roly-polies, live on land. Even some crayfish species are more terrestrial than others, spending considerable amounts of time on land. What all crustaceans have in common is that they have a hard exoskeleton, paired and jointed appendages and three body regions: a head, a thorax and an abdomen, according to the Illinois Natural History Survey.

Crayfish belong to the order of Decapoda, a term that translates to ten-footed, according to National Geographic. Their 10 feet include four pairs of walking legs plus their most dominant physical characteristic, a large set of pincers or claws called chelae, which they use to hunt for food and defend themselves from predators.

All those claws and legs have a superpower too. If a crayfish is caught, it can amputate its own legs or claws to escape thanks to a muscle reflex, according to the Iowa Department of Natural Resources. These appendages aren't lost forever, however. The self-amputated legs and claws will regenerate over time. This is why it's not unusual to see crayfish in the wild with legs and claws of varying sizes.

Like other crustaceans and arthropods, crayfish molt as they grow. Because their exoskeletons are hard and inflexible, they eventually outgrow them and replace them with a larger one, the Iowa Department of Natural Resources reports. When they are young and growing quickly, they molt frequently, sometimes even daily. As they get older and bigger, the molting becomes less frequent.

In the days following a molt, when their skin is still soft, crayfish are more vulnerable to predators that may otherwise leave them alone. They are able to hasten growth of their new, larger exoskeleton by eating the old shells, which contain calcium necessary for growing the new shell, the Iowa department reports.

Crayfish will eat just about anything they come across, but they mainly eat plants and dead animals, the Iowa Department of Natural Resources reports. They will also use their claws, or chelae, to catch fish and insects and other invertebrates. They play a pivotal role in the food chain because they are an important food source for a variety of animals, from mammals like mink and raccoons; reptiles like snakes and turtles; amphibians like frogs and salamanders; and wading birds like herons and egrets.

Crayfish are mostly solitary, generally coming together only to mate. They usually mate in the fall, and the female will lay eggs the following spring, according to the Missouri Department of Conservation. The females then attach the eggs, sometimes numbering in the hundreds, to their abdomens using a glue-like substance. After several weeks, the eggs hatch, but the young crayfish still remain attached to their mother's abdomen until after they molt twice. After that, they will begin venturing out on their own, returning if they are threatened.

Crayfish live in freshwater habitats almost everywhere, with the exception of Antarctica and India, National Geographic reports. There are about 600 species in all, and some of the areas with the most diversity of crayfish are the southeastern United States and Australia. Illinois is home to several kinds of crayfish. Among the most common are the devil crayfish, digger crayfish, northern clearwater crayfish, prairie crayfish, rusty crayfish, virile crayfish and white river crayfish, according to the Illinois Department of Natural Resources. Most local species are native, but the rusty crayfish is an invasive species that is native to the southern United States.

Rusty crayfish are aggressive and can take over habitat areas from native crayfish species. In some places, they have eliminated native species from their original habitats entirely, IDNR reports. They are found mainly in the northern part of the state, and they have been present here since at least 1973. It is thought that they were accidentally introduced by fishers who used them as bait and released unused crayfish when they were done fishing.

What we call a crayfish here in Illinois goes by many other names both in the United States and beyond. In the South, crawfish is the more common moniker, and in some parts of the United States they are most commonly called crawdads, National Geographic reports. In some places, mudbug is the preferred term, and in Australia they are known as yabbies.

No matter what you call them, they are considered a keystone species, which means their presence is vital to the overall health of the ecosystem, National Geographic reports. However, of the more than 600 crayfish species in the world, including about 400 in the United States, 32% are threatened with extinction. For an additional 20% of species, insufficient data is available to determine whether their populations are stable or they are at risk.

Reasons for their population decline vary across the world. Here in the United States, major factors include damming, development of urban areas, pollution and habitat loss, according to National Geographic. In Australia, climate change is a considerable factor, putting 65% of species at major risk, along with competition from invasive species, agricultural development and overharvesting. In the United States, 5% of species are at increased risk because of climate change.