Five things to know about our beloved Baltimore orioles 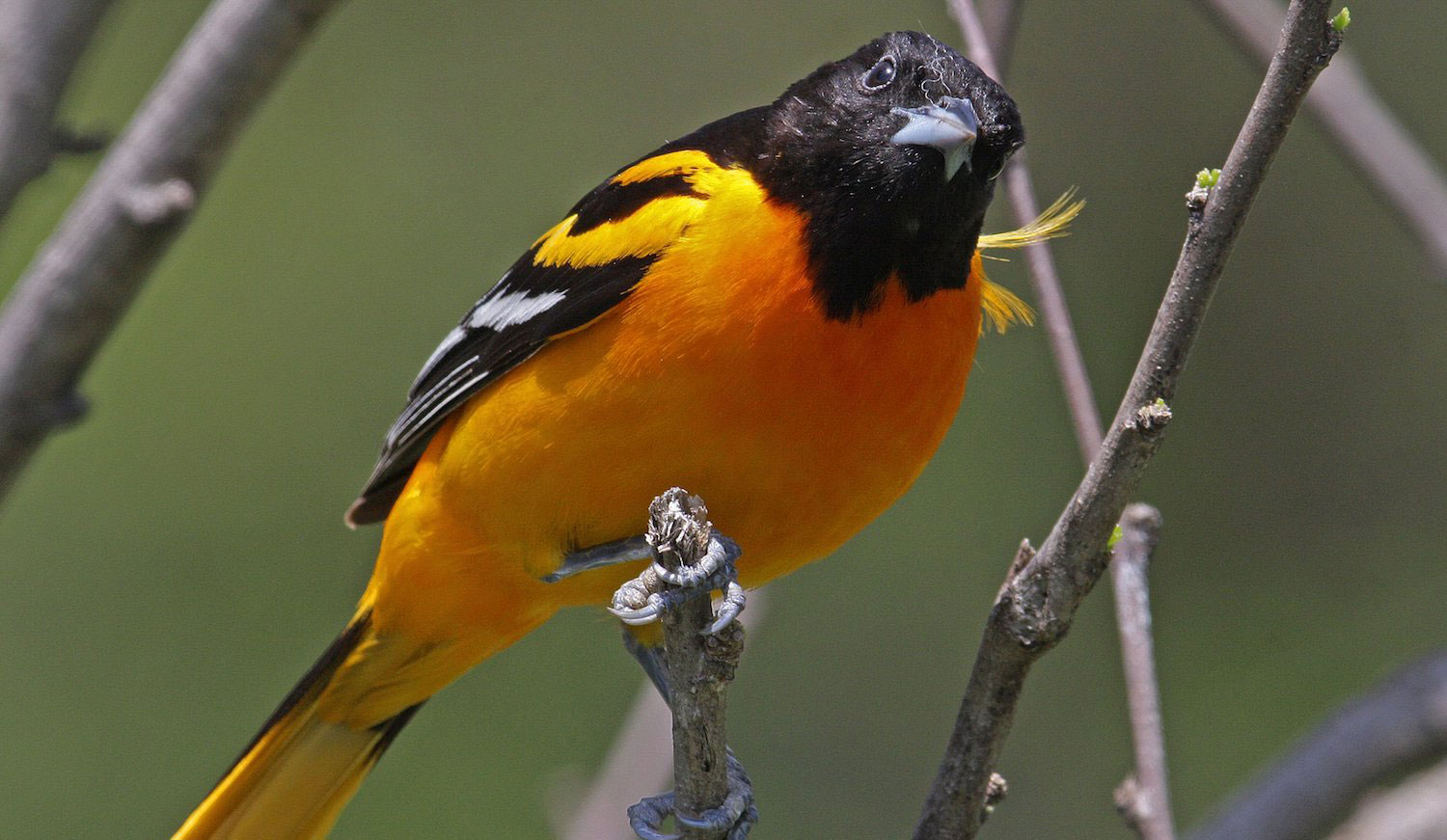 Many of us gladly anticipate the return each spring of our migratory birds, and right at the top of the list of much-heralded arrivals is the Baltimore oriole. These birds are as celebrated for their Halloween-colored plumage as they are for the ease with which you can draw them to your yard, but you have to time it right to ensure you see them each spring.

Baltimore orioles are here for only part of the year — and a pretty short part at that. They typically arrive in May to begin nesting, and they are one of the earliest birds to begin their migration south, leaving as early as July for their wintering grounds in Florida, the Caribbean, Central America and South America, according to the Cornell Lab of Ornithology.

Baltimore orioles prefer a deciduous forest habitat, but they usually remain at the forest edges rather than deep in the woods, the Cornell Lab reports. They've also adapted well to life around people and are often seen in yards and parks.

Read on to learn even more about these beloved birds.

Not all Baltimore orioles sport black and orange

One of the reasons Baltimore orioles are so beloved is because their black and orange plumage catches the eye and makes them easily recognizable. However, not all Baltimore orioles are so easily seen and identified. Like many songbirds, females lack the bright plumage Baltimores are known for. Instead, they have olive brown heads and a more drab and subdued yellowish-orange breast, according to the National Audubon Society.

Males orioles don't get their bright orange plumage until their second year. Until then, the males are more drab in color, similar to female orioles. Rarely, adult male orioles have a more reddish color than most of the birds, and this is thought to be the result of eating the fruit from honeysuckle plants, according to Cornell Lab.

Baltimore orioles aren't the only orioles in town

Baltimore orioles get all the attention when they arrive in northern Illinois each spring, but they aren't the only oriole to spend time here each year. Orchard orioles inhabit much of the same territory as Baltimore orioles, arriving in northern Illinois and elsewhere in the breeding territory each spring and then heading south to warmer climes for the winter, the Cornell Lab of Ornithology reports.

The orioles that spend time in Illinois each year are just two of many oriole species that inhabit the United States. Bullock's orioles are found in the western United States, while hooded orioles can be found in the Southwest and along the California coast. The U.S. range of Scott's orioles is mainly limited to the Southwest, while the spot-breasted oriole is found in only a small portion of Florida and coastal Mexico. Altamira orioles and Audubon's orioles are found only in a small part of southern Texas and south into Mexico.

Their diet is more varied than you may think

Baltimore orioles are known for their sweet tooth, making them easy to attract to your yard each year with the simple offering of oranges and grape jelly. Their diet is much more varied, however. They also eat nectar and other fruits, including berries such as mulberries, cherries and raspberries, as well as a wide variety of insects, Cornell Lab reports.

Like many other birds, their diet tends to vary by season. In the spring and fall, they rely more on fruits and nectar because the sugars can easily be converted to fat, which provides energy during migration. In the summer, protein-rich insects make up the bulk of their diet. They also feed their babies insects during summer.

Their nests are an architectural wonder

When you think of a bird's nest, an image of an oriole's nest is probably not what comes to mind. Baltimore orioles and orchard orioles both nest in trees like many other birds, but they build basket- or sock-like nests that hang from a tree branch as high as 30 feet above the ground. They prefer elm trees, but also often nest in cottonwood and maple trees.

These delicate nests are impressive structures, woven together from grasses, weeds and animal hair, Cornell Lab reports. They'll often use artificial materials as well, such as string and plastic strips and fibers. We've even found an oriole nest near Four Rivers Environmental Education Center in Channahon made entirely from synthetic fibers. 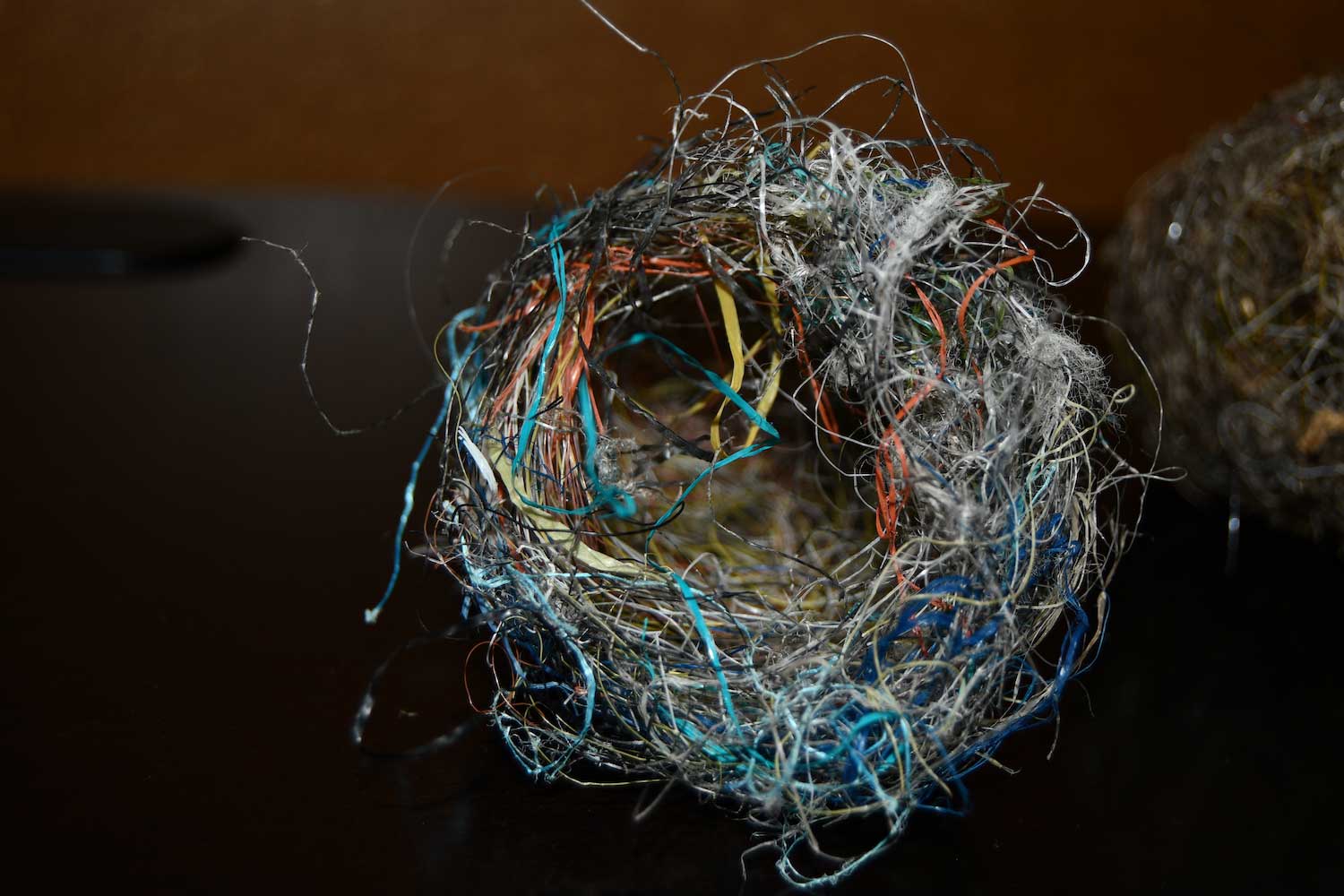 An oriole nest made from synthetic fibers. (Photo via Shutterstock)

Female Baltimore orioles select a nest site and construct it on their own, weaving the fibers together by poking and darting their beaks in and out of the structure. Nest building occurs in three stages. First, the orioles create an outer bowl to give the nest structure. Next, they use stringy fibers to weave together an inner bowl. Finally, they line the inside with feathers and downy fibers to create a soft spot for the eggs and then hatchlings to rest, Cornell Lab reports. In all, it takes about a week to construct a nest, but it can take two weeks or more in wet or windy weather.

They aren't named for the city of Baltimore

The term oriole is the newer part of the bird's common name. The birds were for a long time called Baltimore birds, with oriole being added much later. The word "oriole" is derived from the Latin term "aurelous," which means golden.