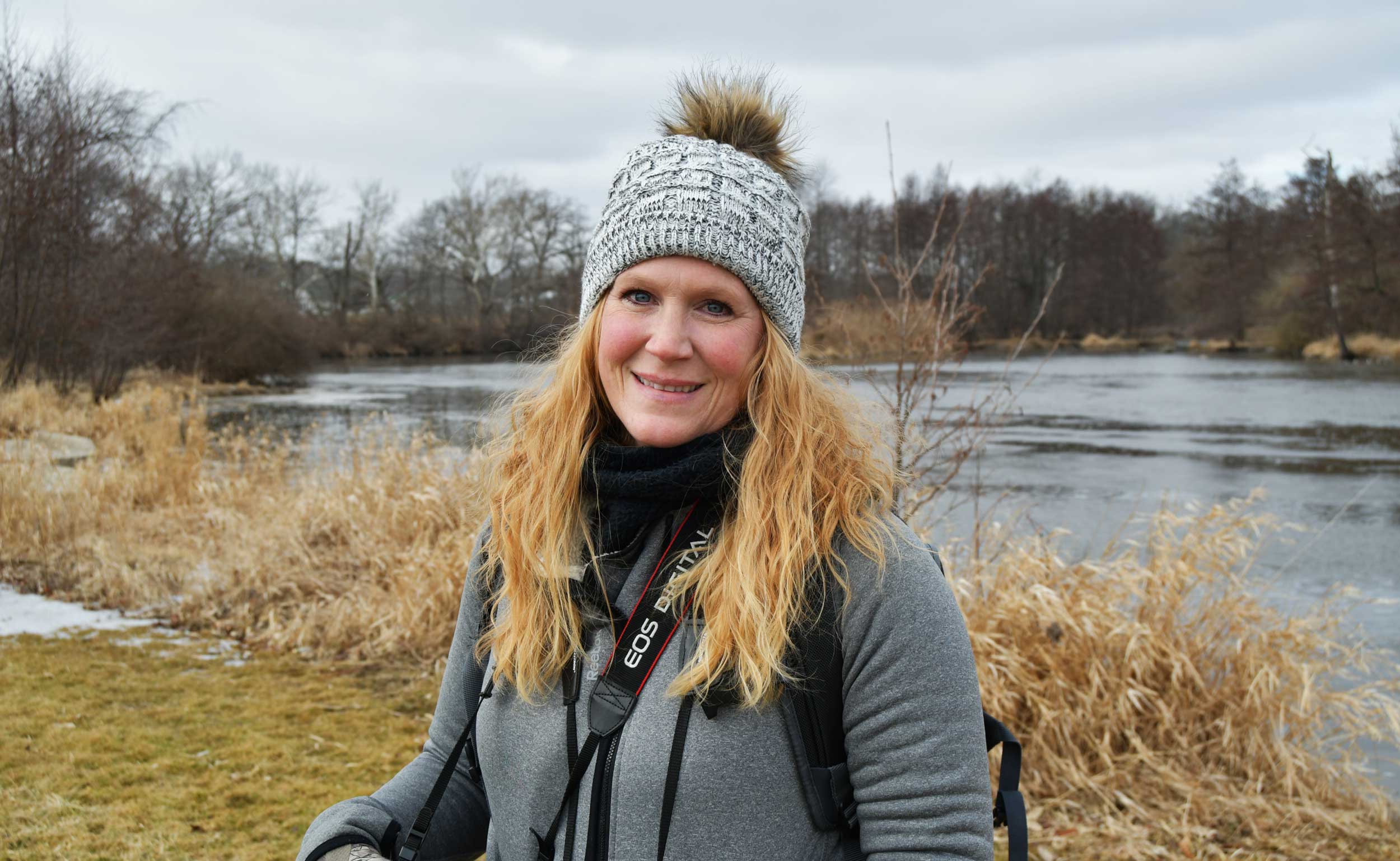 Barb Parisi turned to nature during a dark time in her life.

After the 2015 suicide of her father – a Vietnam veteran who suffered health issues, including post-traumatic stress disorder – Parisi had trouble overcoming her sadness.

Two years after her dad's death, Parisi began hiking at McKinley Woods in Channahon at least once a week. Eventually, when she saw “really cool birds” on her walks, she starting bringing a camera with her. The walks and photography helped, and the darkness finally waned.

Parisi now considers McKinley Woods, which is just minutes from her Channahon home, to be her “Happy Place” – a place where she can push away the sadness surrounding the loss of her father.

“It really is the only thing that has made me feel normal again," Parisi said.

The nature, stillness and quiet fostered the healing process, she said as she stood next to the DuPage River on a blustery February day, camera in hand.

After teaching herself how to use the camera that her husband bought her three years ago, the combination of bird-watching, photography and nature turned McKinley Woods into her haven.

Parisi, who grew up in an outdoorsy family and spent summers hiking and camping in Oregon, also kayaks through McKinley Woods, which is located near where the Des Plaines, DuPage and Kankakee rivers meet to form the Illinois River.

She started her explorations at McKinley Woods – Frederick’s Grove and then moved on to the preserve's Kerry Sheridan Grove. Photographing birds has its challenges, especially during times of the year when there is a lot of foliage or fewer birds due to migration.

“But when you do get that really cool shot where the light’s good and they’re posed the right way and you get the little twinkle in their eyes, it is a great feeling,” she said.

She doesn’t let bad weather deter her from her photographic jaunts. During her February interview, Parisi used hand and toe warmers and she wore three flannels, snow pants and three pairs of wool socks to stay warm.

“Last year I was out here when it was below zero and I got a really cool picture of a squirrel on top of a tree and his tail was all fluffed out … and he had snow around his face,” she said.

One of Parisi’s photos – a picture of two squirrels hugging – won the Forest Preserve’s 2018 Preserve the Moment Photo Contest. And while she will photograph any animal that comes into her viewfinder, including squirrels, she said birds are still her favorite.

Some of her favorite shots have been of a blue heron catching a small-mouth bass on the I&M Canal, a white egret touching its beak to the water, and American white pelicans hanging out at McKinley Woods during fall migration.

Parisi’s 2019 goal is to photograph an adult eagle. So far, she has only been able to capture juvenile eagles with her camera.

Parisi purchased a bird identification book and downloaded an app on her phone so she can better ID her subject matter, something her nature-loving dad stressed while she was growing up.

“He said if you can give it a name, you have more respect for it,” Parisi said.

Parisi said she also is learning about birds on the Forest Preserve’s Will County Wildlife Facebook page, where visitors post photos they’ve taken each month in Will County preserves.

"It’s kind of fun, and I love everybody’s photos,” she said of the Facebook group.

Parisi said she even bumped into another Will County Wildlife photographer while she was out at McKinley Woods.

Finding nature, finding creatures and finding other people who appreciate nature has been just what Parisi needed to enjoy her life again. And she thinks more people should be outside, soaking in the sunshine and observing wildlife instead of disconnecting from the great outdoors and being on their computers or phones. Whether it's a personal tragedy, seasonal sadness or stress that causes problems, nature can help, Parisi said.

“It was a healing thing for me, for sure,” she said of her McKinley Woods adventures. “And I think anybody that’s going through (something like) that, I would recommend just going out in nature and kind of get lost in it. It’s the best medicine.”