How to coexist with bats

Bats get a bad rap from many, but much of what people believe about them is misinformation. Bats don’t fly into people’s hair and get stuck, and they don’t drink blood — at least not the ones that live around here. Even some seemingly innocuous facts about bats aren’t true. Case in point: Bats aren’t blind. Many actually have better vision than humans.

Bats are often associated with rabies, and while they are among several animals that carry the virus, it is quite rare. The bats that live in Illinois and Will County play an important role by keeping the population of moths and other insects under control, Wildlife Illinois reports. This includes the populations of nuisance insects like mosquitoes and also agricultural pests that can damage crops.

Elsewhere in the world, bats play an important role as pollinators, helping pollinate plants and disperse seeds, according to the U.S. Fish and Wildlife Service. Bats are the only animal that pollinates the agave plant, which gives us tequila. They also help pollinate bananas, cloves and peaches, among other plants.

Bat consumption of insects saves more than $1 billion annually in pesticide costs and crop damage in just the U.S. corn industry alone, the U.S. Fish and Wildlife Service reports. That savings increases to more than $3 billion across the entire agricultural industry. 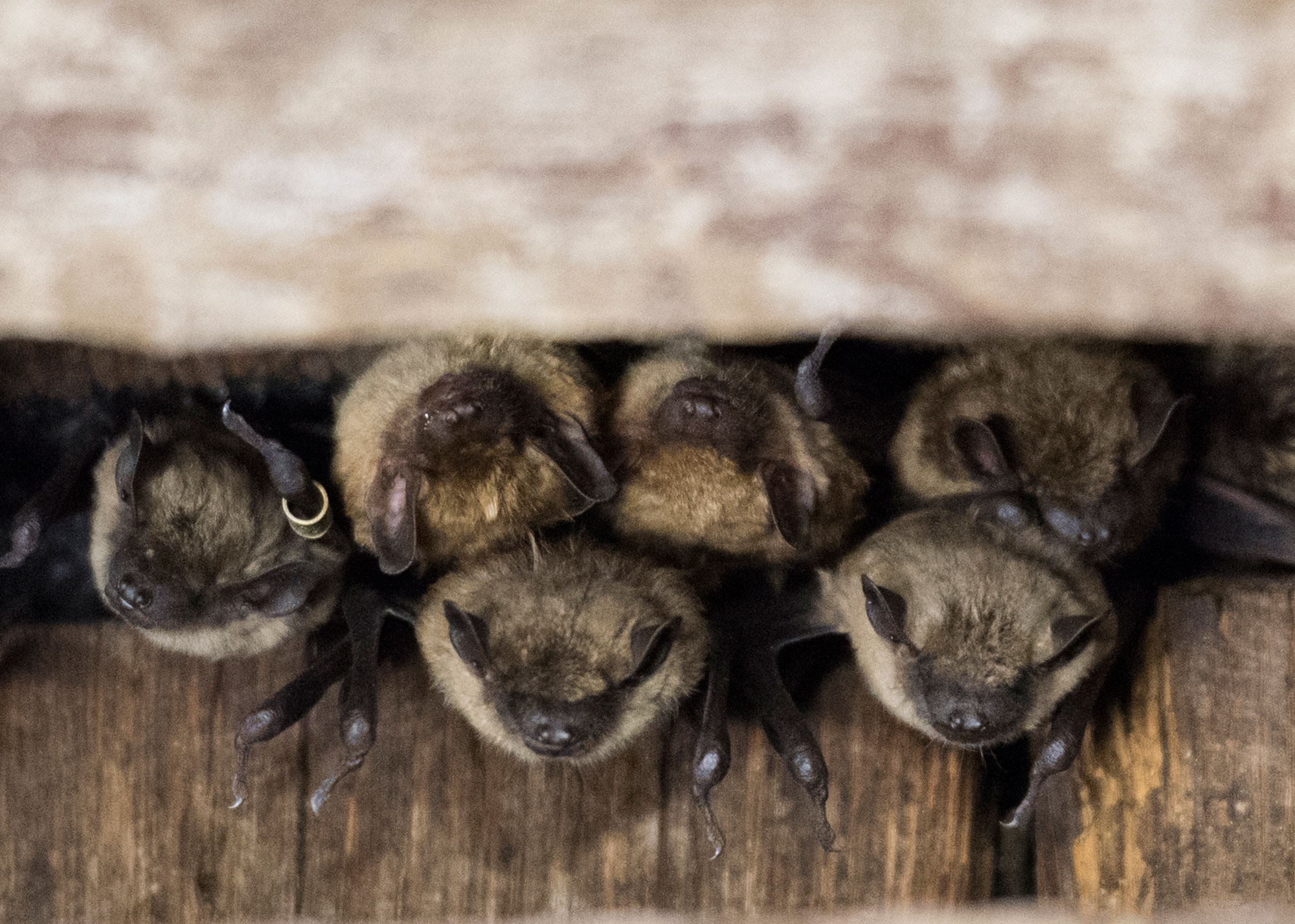 Bats are mammals and, like all mammals, they give birth to live offspring. Mating and reproduction vary slightly among bat species, but most bats give birth in May or June, Wildlife Illinois reports. Many have just one or two babies each year, but eastern red bats typically give birth to between three and five babies, which are called pups.

Bats roost in caves, in cavities in trees, under tree bark and in attics and abandoned buildings; they do not build nests. When babies are born, they cling to their mothers. Mothers will leave each night to feed, and the babies are left in the roost. The babies aren’t able to fly until they are about 3 weeks old, according to Wildlife Illinois. Once they can fly, they will begin eating insects, but they still nurse from their mothers until they are about 1½ months old. 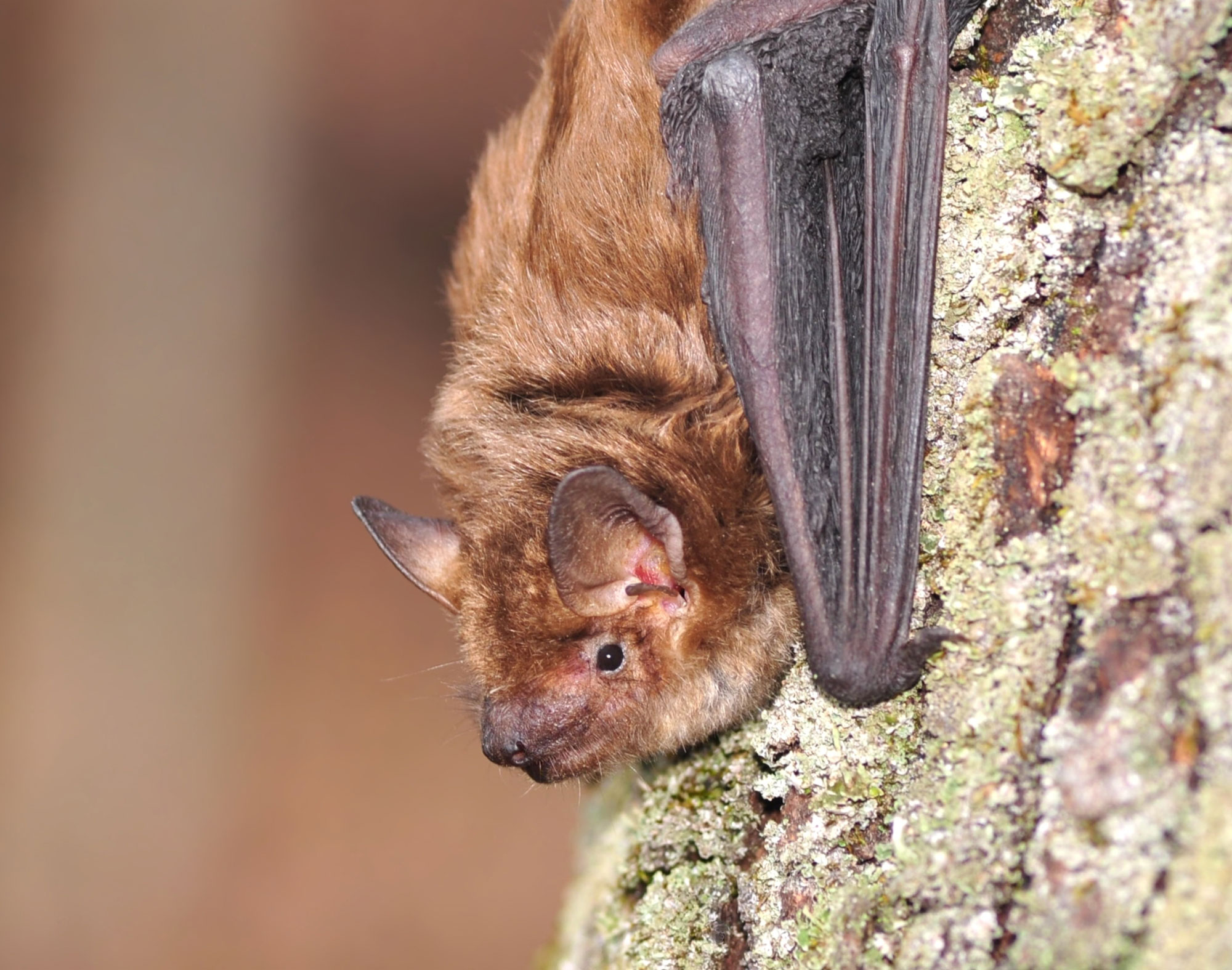 The main public health concern associated with bats is rabies, and in Illinois between 3 percent and 5 percent of bats tested each year are confirmed to have rabies, Wildlife Illinois reports.

Rabies is a viral illness that causes encephalitis, which is swelling of the brain, according to the state health department. Humans can get rabies from bats when they are bitten by an infected bat or if the saliva of an infected animal enters through open skin in a cut or abrasion or through mucous membranes in the eyes, mouth and nose.

While any contact with a bat or a bat in your home should be reported to your local health department, rabies in humans remains extremely rare. The last human case of rabies in Illinois was in 1954, according to IDPH.

Bats can also spread a fungal infection called histoplasmosis to humans. Many people with histoplasmosis have no symptoms, and those who develop symptoms can have varying experiences depending on what form the disease takes. Humans can contract histoplasmosis from contact with the fungus, which is commonly found in bat droppings and in soil enriched with bat and bird droppings, IDPH reports. It affects the lungs, and most severe cases develop in people who are immunocompromised.

Bats can also carry parasites, but these do not typically cause infection in humans, according to Wildlife Illinois.

If you have physical contact with a bat, immediately wash the affected area thoroughly with soap and water, the heath department advises. If possible, capture the bat so it can be tested for rabies, and contact your local health department or animal control office. 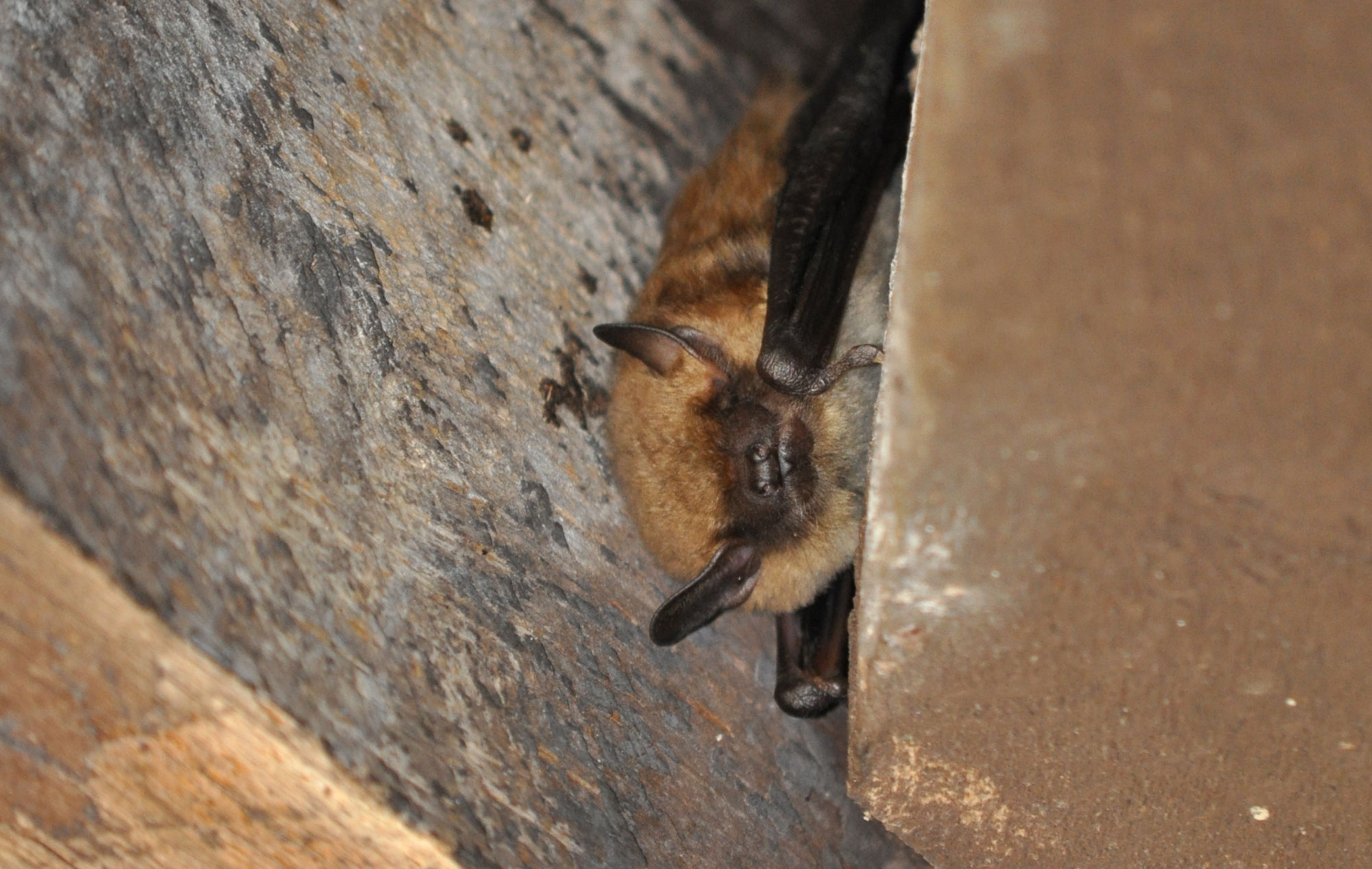 The most common problem with bats is entering homes and buildings, where they can inadvertently have contact with people. Removing bats from buildings is regulated, and it’s a better idea to prevent them from entering homes and other buildings than trying to remove them, Wildlife Illinois advises.

Bats are protected by the Illinois Wildlife Code and cannot be shot, trapped, transported or held in confinement except in cases when a bat is found in an area where it may have contact with humans or domestic pets, according to the state health department.

You can remove bats from the living area of your home— defined as any room in your house that you actively use — at any time of year, the state health department reports. If bats or bat colonies are found in parts of your home that are not a living area, such as an attic, they can only be removed from March 15 to May 15 and from August 5 to October 30 when outdoor temperatures are higher than 50 degrees Fahrenheit at dusk. The restrictions on timing are intended to protect young bats who are unable to fly.

If you think you may have bats in your attic or elsewhere, watch the building exterior from a half hour before sunset until dark to determine where they are gaining access, Wildlife Illinois advises. Typical entry points are small openings in roofs, eaves, dormers and gables; holes or gaps in siding; chimneys; and attic and roof vents.

Any gaps larger than a half-inch by 1½ inches or holes greater than 5/8 of an inch in diameter need to be sealed to prevent access. Small access points should be sealed first, then once bats have left the roost in the evening, larger entry point should be temporarily sealed with one-way doors.

One-way doors should be used before babies are born in May and June so they don’t starve if the mother has been excluded, Wildlife Illinois advises. If there are young bats in a building, wait until late July or August to exclude bats and seal openings.

If a bat enters the living area of your home, do not panic. Do not try to catch or handle the bat, and do not knock It out of the air, Wildlife Illinois advises. Try to confine the bat to an area of the house with outdoor access by closing the door to the room. Open any exterior windows and doors in the room to allow it a way to escape.

Keep people and pets out of the room until the bat escapes, which may take several hours if the bat is disoriented. Also, keep in mind a bat in an enclosed area may make sharp turns and swoop down in flight. It is not attacking you; it is trying to orient itself so it can get back outside.

Bats found on the ground outside may be sick or injured or a young pup that is learning to fly. Bats on the ground may be aggressive because they are vulnerable, Wildlife Illinois reports. If you find a bat on the ground, remove young children and pets from the area to keep them safe.

You can relocate a bat found on the ground by scooping it into a coffee can or similar container, using a piece of stiff cardboard to carefully slide under the bat to lift it from the ground. Release the bat at the base of a tree, placing the container on the ground gently and pulling the cardboard away slowly. Walk away from the bat quickly. A healthy bat will crawl up the tree after it has oriented itself. Wear leather gloves while handling the bat; do not handle bats with your bare hands.

If the bat has bit a person or a pet, do not release it, Wildlife Illinois advises. It should be kept for rabies testing by your local animal control or health department.

In Illinois, bats cannot be removed without a permit from the Illinois Department of Natural Resources. If you need bats removed from your property, hire a wildlife control operator who has experience with bat exclusion and humane removal.