Your guide to biking in the preserves

With an extensive trail network, there are plenty of places to explore on two wheels

We’ve said it time and again: Spending time in nature is good for you. So why not take it one step further and add fitness to your outdoor routine?

The Forest Preserve District offers miles upon miles of trails perfect for year-round outdoor recreation. Besides heading out for a walk or a run, biking is one of the most popular activities on our multi-use trails. Biking, either for fitness or at a more leisurely pace, requires little in the way of equipment or skill. And even if it has been awhile since you’ve been out for a ride, getting started is easy. As the old saying goes, you never forget how to ride a bike. 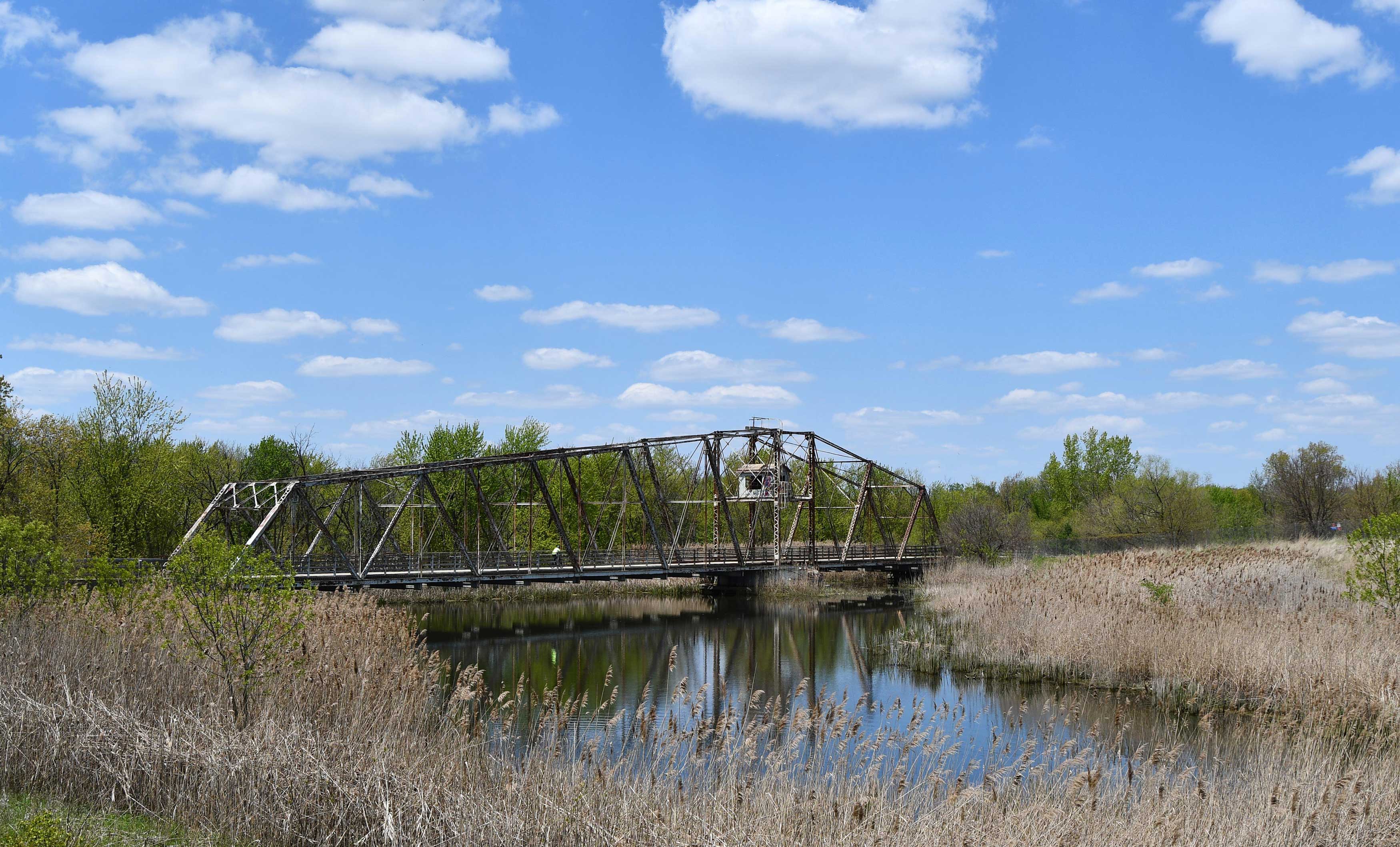 The Forest Preserve District has more than 125 miles of trails, the majority of which are suitable for biking. Many of the bike trails in Will County forest preserves connect to other trails, allowing cyclists to take longer rides.

Keep in mind that bike trails in the preserves are multi-use trails, and cyclists will likely encounter other trails users. All trail users should be courteous and respectful and follow all safety rules and all posted signage.

Here’s a closer look at the bike trails traveling through the Will County preserves.

Centennial Trail: This linear trail travels 3.26 miles through eastern Will County, including traversing a historic swing bridge, and then connects to the Cook County Forest Preserve District’s Centennial Trail, which travels an additional 9.3 miles from Lemont to Willow Springs. The Will County portion of the trail is paved and can be accessed from Schneider’s Passage/Isle a la Cache preserve. Centennial Trail connects to the I&M Canal Trail and Veterans Memorial Trail.

Three segments of the DuPage River Trail travel through Will County preserves:

At Whalon Lake, the DuPage River Trail connects to additional trail segments owned by the city of Naperville and the Naperville Park District, from Knoch Knolls Park then north along 95th Street. From there, the trails continues south along Naperville-Plainfield Road to the Tall Grass Greenway Trail, which travels 4.04 miles west to Vermont Cemetery Preserve.

Lake Renwick Bikeway: This bike path is a flat, paved loop that travels 3.35 miles through a wetland and around Budde Lake. It can be accessed from Lake Renwick Preserve’s Turtle Lake Access and Plainfield Township Access.

The Old Plank Road Trail is part of the Grand Illinois Trail, which travels across the northern quarter of the state, and the American Discovery Trail, which travels the United States from coast to coast. It also links up to the Wauponsee Glacial Trail, Hickory Creek Bikeway, Route 30 Bikeway, Thorn Creek Trail and I&M Canal State Trail via street routes and trail connections.

Plum Creek Greenway Trail: This is a hilly, crushed limestone trail that has both linear and loop portions. It travels 3.15 miles through Goodenow Grove Nature Preserve, and there is another 1-mile trail segment at Plum Valley Preserve. It can be accessed from Goodenow Grove and Plum Valley or from the horse trailer parking area on Goodenow Road.

Spring Creek Greenway Trail: This trail totals 8.45 miles and has two segments, both of which are crushed limestone over hilly terrain. The western trail segment travels 5.01 miles through woodland, savanna and wetland at Hadley Valley, and can be accessed at this preserve’s Gougar Road, Route 6 and Bruce Road accesses. The eastern segment travels 3.44 miles through woodland and savanna at Messenger Marsh. At Hadley Valley, the Spring Creek Greenway Trail also connects to the trails at Pilcher Park, which is owned by the Joliet Park District.

Tall Grass Greenway Trail: This paved linear trail travels 4.04 miles between Vermont Cemetery Preserve to the west and Naperville-Plainfield Road to the east. It is jointly owned and managed by the Forest Preserve District and the Naperville Park District. On the eastern end of the trail, it connects to the DuPage River Trail. At its west end, it connects to the Normantown Trail. It can be accessed from Vermont Cemetery.

Wauponsee Glacial Trail: This trail is divided into two segments, north and south, that travel a total of 22.42 miles between Joliet to the north and Custer Park to the south. The north segment is a flat, paved trail that traverses 2.8 miles of woodland, prairie and wetland between Rowell Avenue and Sugar Creek Preserve. The south segment is a flat, crushed limestone trail traveling 19.62 miles through prairie between Sugar Creek Preserve and the Kankakee River. Using street routes, the trail connects to the I&M Canal Trail, the I&M Canal State Trail and the Old Plank Road Trail. The trail also links to the paths at Midewin National Tallgrass Prairie. It can be accessed from Sugar Creek Preserve, Forked Creek Preserve’s Ballou Road Access, Manhattan Road Access, Symerton Access or the Midewin-Wauponsee Trailhead. 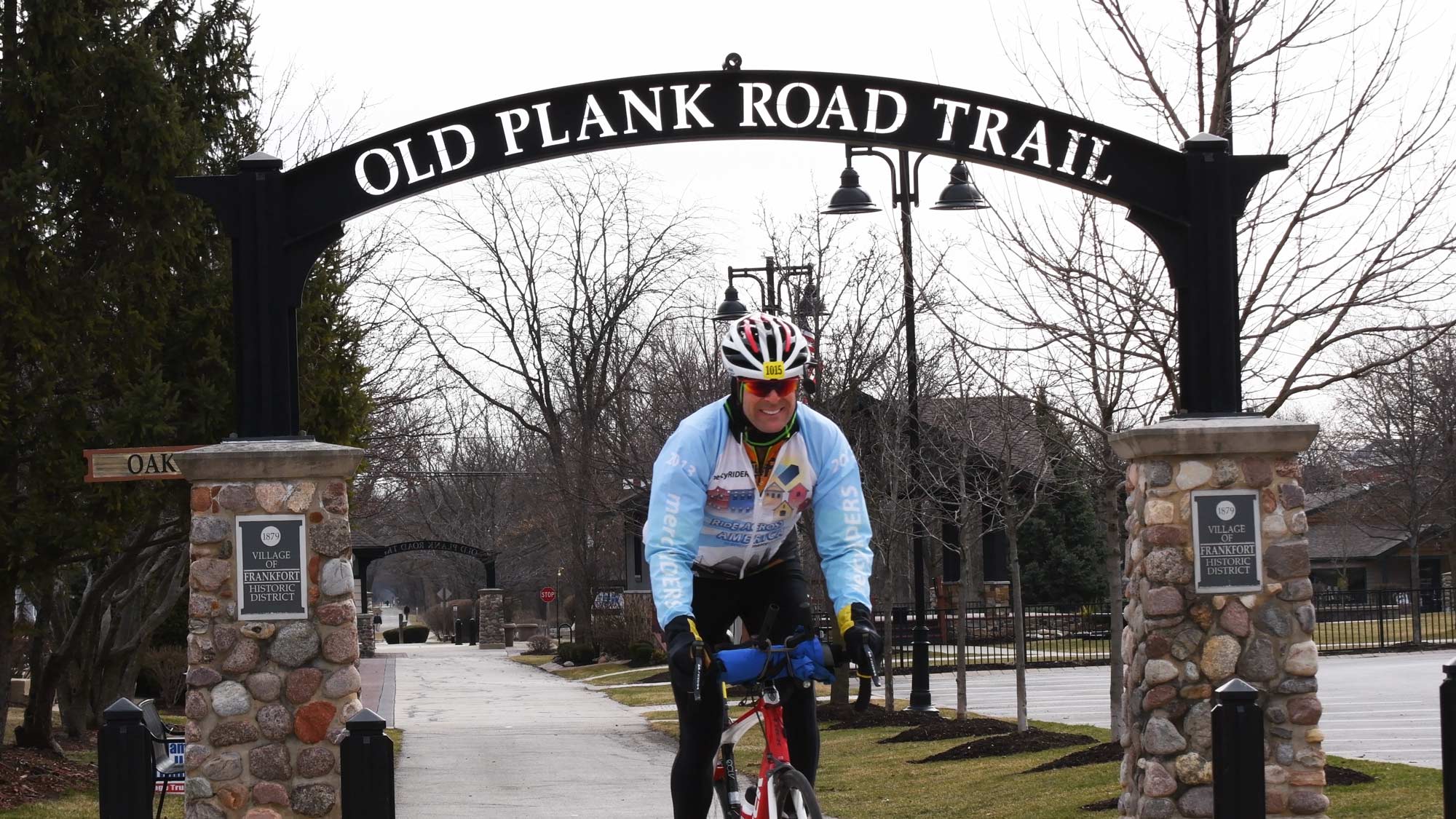 Cycling is good cardiovascular exercise, meaning it increases your heart rate and makes your heart stronger, according to WebMD. It’s a low-impact exercise too, making it a good choice for people who have arthritis or joint pain or are recovering from a joint injury. Besides offering a good cardiovascular workout, biking helps build lower body strength while being gentle on your back, hips, knees and ankles.

Cardiovascular workouts are good for burning calories, and biking is no exception. How many calories you burn while exercising depends on your height and weight. For example, vigorous cycling of more than 10 mph burns 590 calories per hour for a 154-pound man who stands 5 feet, 10 inches tall, according to the U.S. Department of Agriculture. People who weigh more will burn more calories, and those who weigh less will burn fewer calories.

If you’re just getting started biking for exercise, choose flat paths and trails, WebMD advises. As your fitness increases, add distance and/or time to your workout and consider more rugged terrain. Many of the bike trails throughout Will County preserves are flat, but a few offer hilly terrain for a more vigorous workout.

A bike and a helmet are all you need to bike for exercise or just for your own enjoyment, and the helmet is key. The Illinois State Police recommend cyclists wear helmets at all times while riding, and that riders ensure their helmets fit properly. A properly fitting helmet should be level and snug on your head. You should be able to see the helmet edge when looking up, and the straps should form a Y shape around your ears. The straps should fit loosely enough under your chin that you can fit a finger between the buckle and your jaw, but tight enough that the helmet pulls down your forehead when you open your mouth widely.

It’s important to avoid riding after dark unless you have additional safety equipment. If riding after dark, your bike must have a headlight and taillight or reflector. You should also consider wearing reflective clothing. 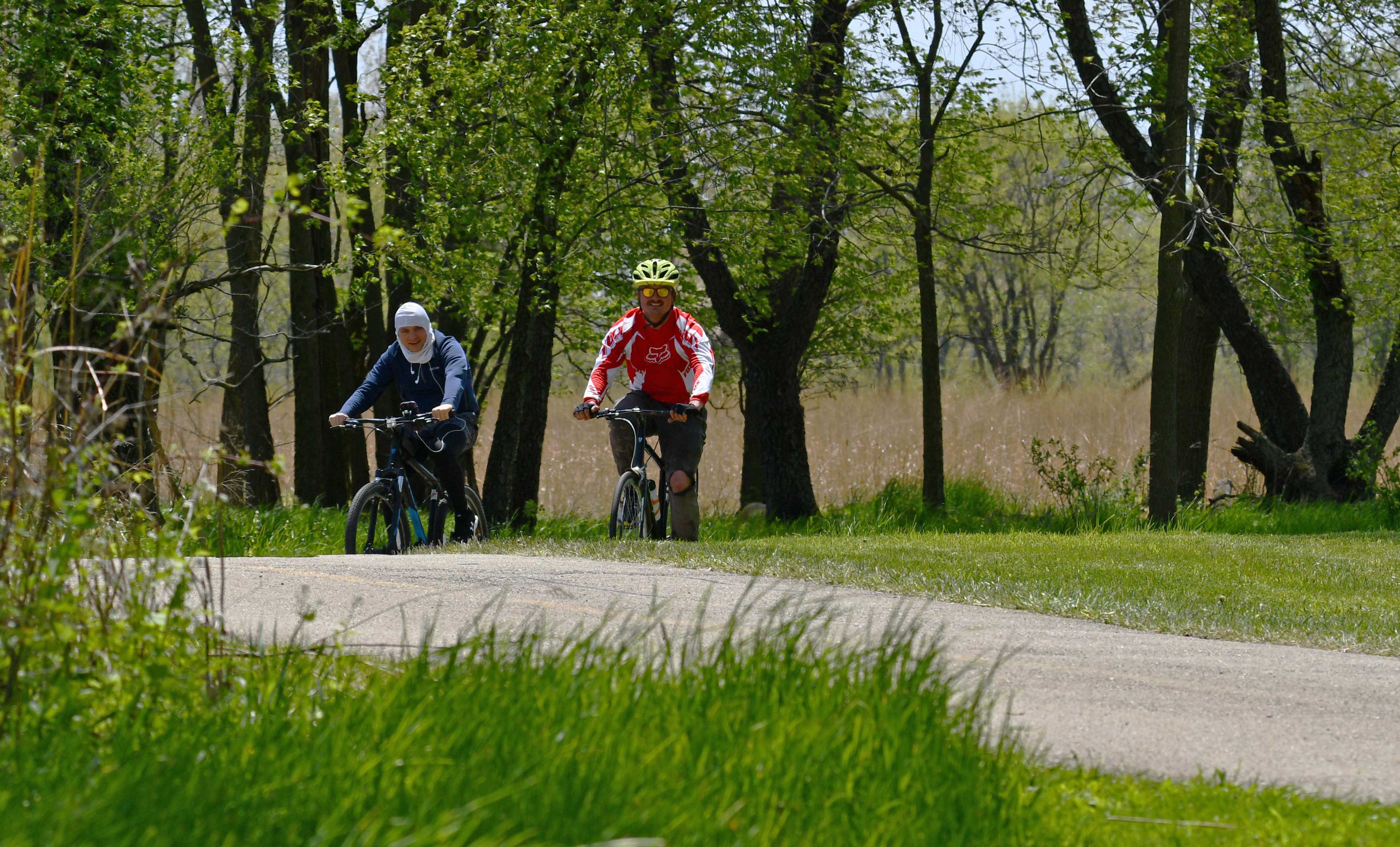 Within Will County’s preserves, biking is permitted only on designated paths, trails and roadways. No bikes are allowed on natural surface trails within the preserves. Biking trails and paths in Will County preserves are multi-use trails, so cyclists must always be aware of other trail users and use proper judgment to maintain a safe environment. Cyclists must follow all state and federal bicycle laws when riding in the preserves.

Cyclists should stay to the right except when passing. Pass on the left and always warn other trail users from behind as you approach to pass. When riding with others, do not block the trail and use only one half the width of the trail.

Electric-assist bicycles are allowed in the preserves, provided they meet certain requirements:

The Forest Preserve District encourages safe and responsible use of its trails. Travel with another person when possible, and if you are biking alone make sure to tell someone where you are and when you expect to return. Also keep in mind that preserves close at sunset. Make sure you know when sunset is and that you are out of the preserves before dark. Here are some additional trail safety tips: