These animals don't just survive in winter, they thrive

Who among us hasn’t looked out the window on a dreary winter’s day and fantasized about spending the day in front of a cozy fire or in a warm bed instead of heading out into the cold?

Animals don’t have the same luxuries most people do when it comes to heading indoors to avoid winter’s wrath. Some animals, including many bird species, retreat from Will County to points south, while others, like groundhogs and chipmunks, hibernate through winter, avoiding the season altogether.

But for some animals, enduring winter is part of their normal life cycle. These animals have adaptations that help them survive the cold, and they also spend time in other seasons making preparations for the harshest time of year.

Here’s a look at some of our winter warriors, the animals that carry on throughout the coldest season. 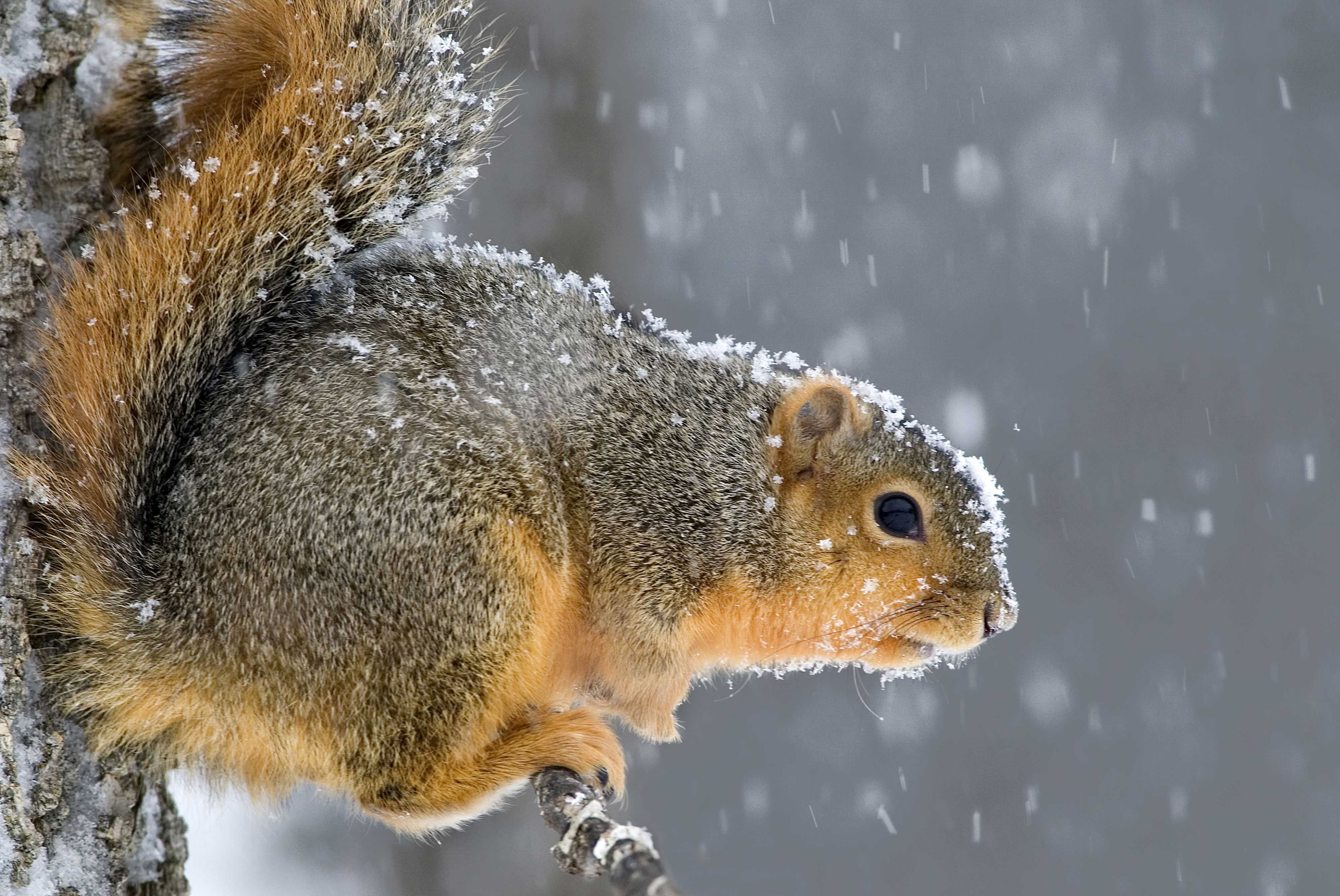 Have you ever seen a squirrel zipping around in the snow, seemingly unfazed by the wintry weather? Squirrels don’t hibernate, but they definitely do alter their behavior for winter.

Squirrels begin preparing for winter in the fall, according to the Lincoln Park Zoo. They eat more in the autumn to fatten up and also begin to store food for winter, a behavior called caching. They’ll then return to some — but not all — of these food stores during winter, when food is scarce.

And while squirrels don’t hibernate, they are less active in winter, the zoo reports. You’ll still see them out and about, but not as frequently as during other seasons. In winter, they spend more time in their dens to avoid the cold weather. Sometimes, squirrels will even share dens to help each other stay warm. 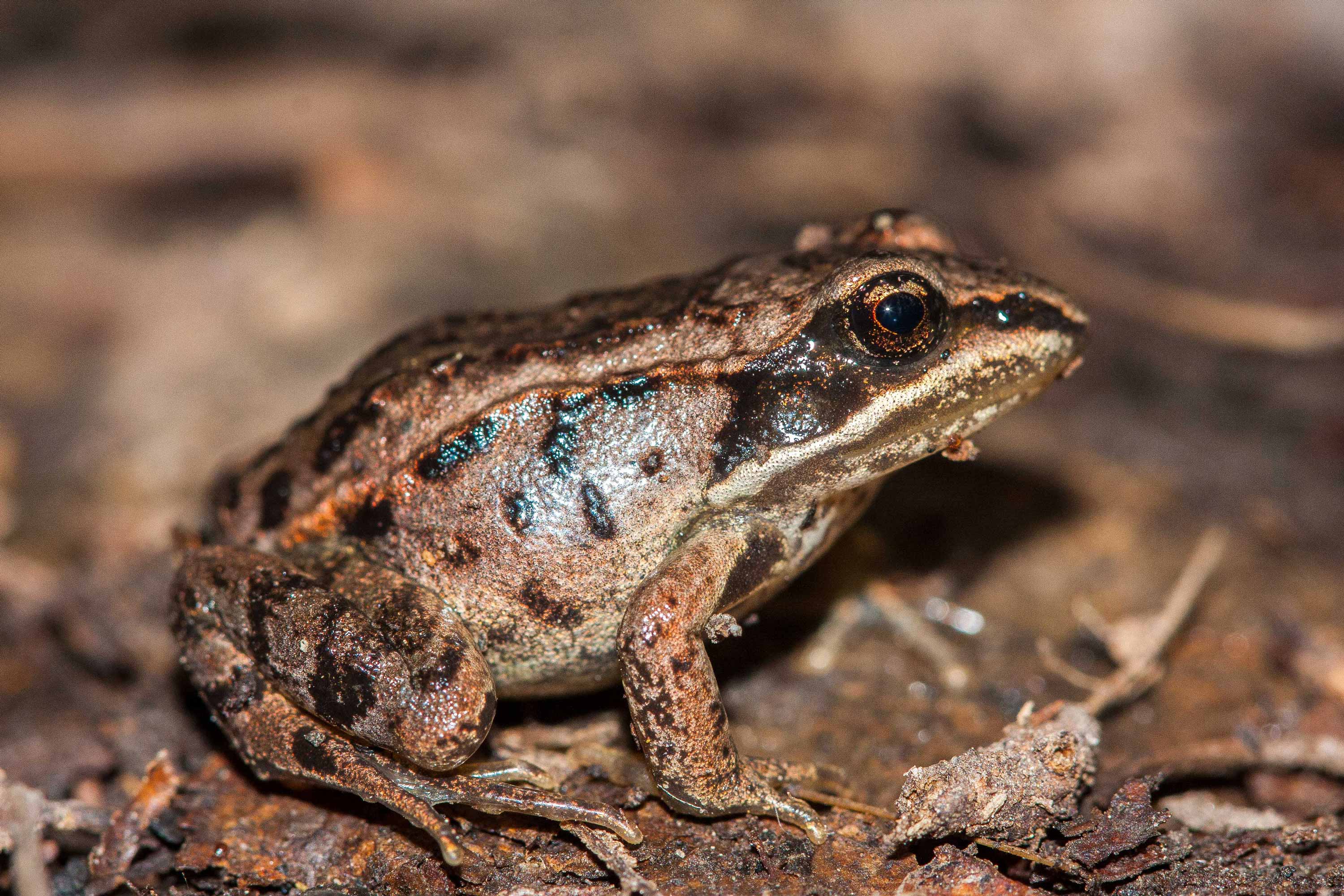 Wood frogs live farther north than any other reptile or amphibian in North America, according to the University of Michigan’s Animal Diversity Web, so they must be able to endure everything winter has to offer.

How they survive winter is unique, though. They actually freeze as a means of survival, according to the National Wildlife Federation. These tiny frogs, which range in length from 1 ½ to 3 inches long, produce a special substance that acts like antifreeze in their bodies. The wood frogs’ hearts stop beating and their breathing stops, and about 70 percent of the water in their bodies freeze. However, the antifreeze substance, which contains glycerol, prevents them from completely freezing, which would kill the frogs.

Wood frogs aren’t the only creatures to use this antifreeze-like substance to survive winter. Woolly bear caterpillars do as well. 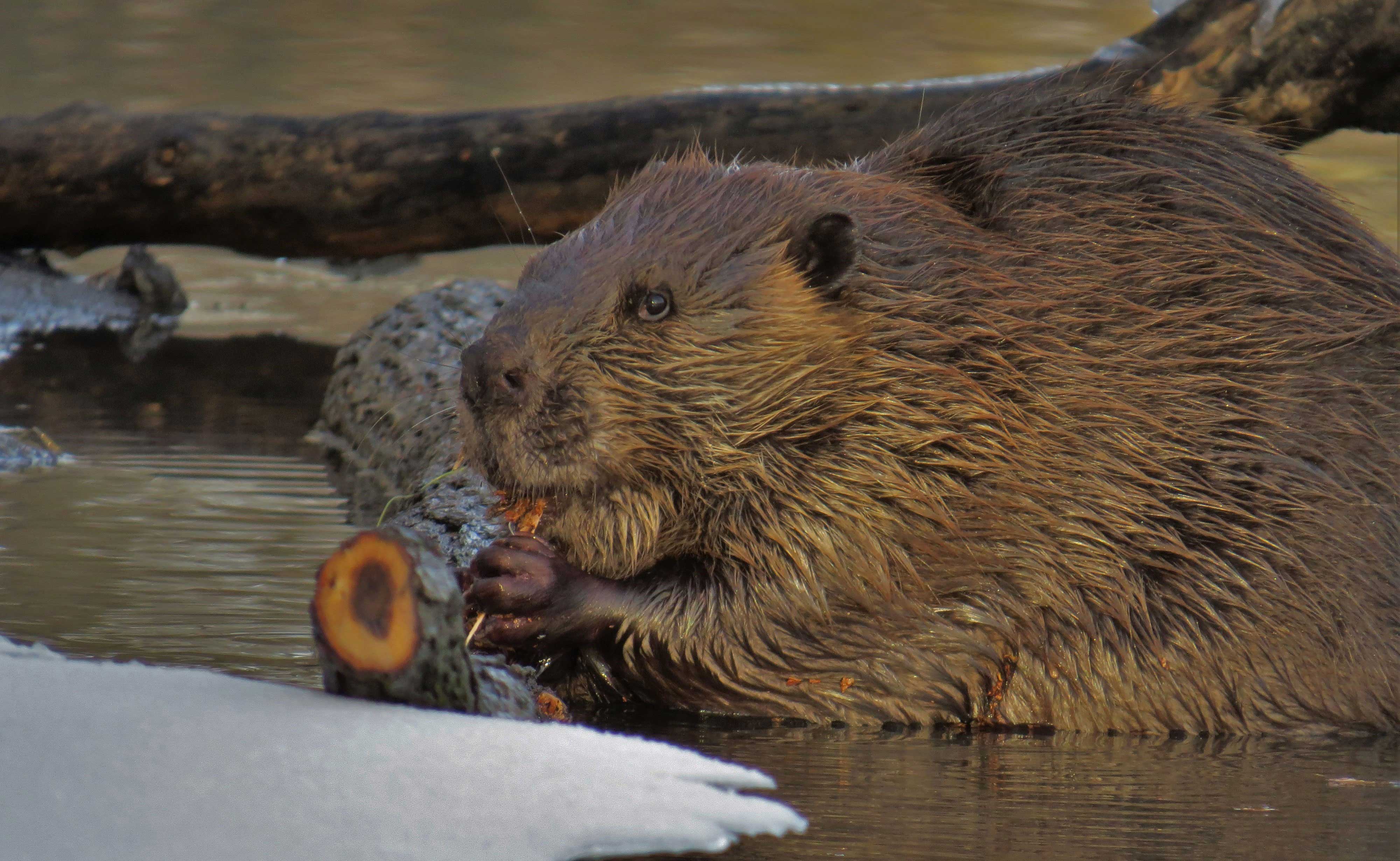 We may not see beavers out and about much in winter, but they do remain active all year. Like squirrels, beavers don’t hibernate, so they work to get a jump start on preparing for winter.

They typically build their lodges in the water in the warmer months, but they spend much of the winter inside, safely protected from extreme temperatures and predators. Freezing temperatures in winter can help beavers stay safe from predators because the cold weather causes the branches, sticks, logs and mud to freeze together, and predators can’t dig in.

Like squirrels, beavers fatten up in the fall in preparation for winter, and the extra fat helps insulate them from the cold. And they also store food away for winter, when their usual food sources are scarce.

Their bodies have some special adaptations that help them endure the coldest part of the year. Glands that secrete oils help waterproof their fur, according to Northern Woodlands Magazine. They also store extra fat in their tails, and they’ll use that fat for energy, depleting the stores as winter progresses.

Winter is also an important time in the reproductive cycle for beavers. They typically mate in January and February, with the females giving birth to a litter of kits between April and June, according to the Illinois Department of Natural Resources. 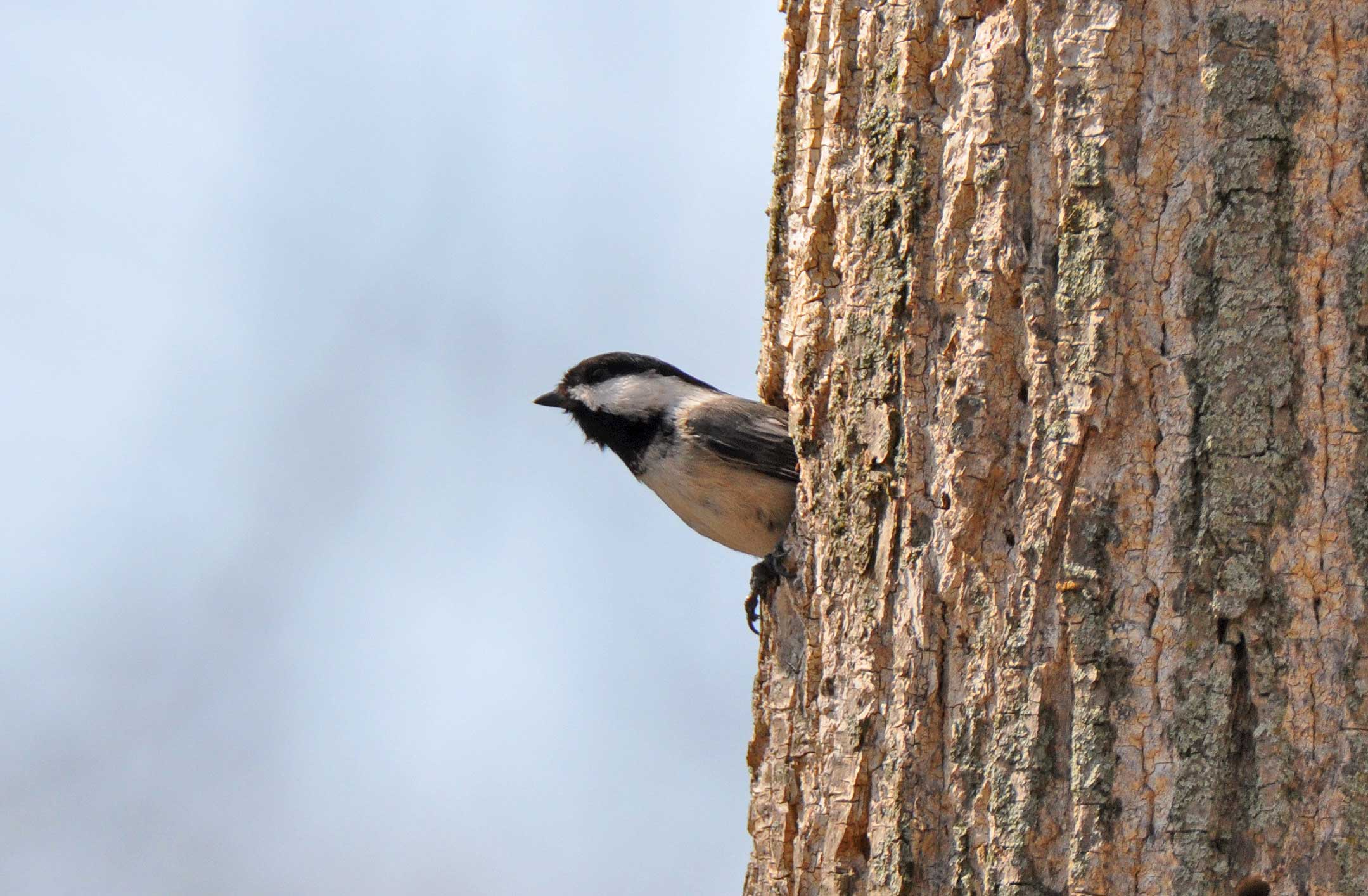 These birds are tiny, usually weighing no more than half an ounce, but they are able to withstand everything winter throws at them because of two important biological adaptations, according to the National Wildlife Federation. First, they enter a state of hypothermia at night, which means they are able to lower their body temperature as a means to store energy. They also can regulate their metabolism, so the chickadees will increase their heat production when winter weather requires it.

Even their plumage helps them stay warm. Chickadees have a full coat of feathers, about half-an-inch thick, that provides good insulation from cold winter weather.

Of course, black-capped chickadees also have a few less biological means of making it through the winter. In the fall, they begin to store food for winter, according to the U.S. Fish and Wildlife Service. They also change their diet, eating more berries, seeds and even suet compared to their warm-weather diet of caterpillars and insects.

These chickadees certainly aren’t the only birds we see in winter. Plenty of birds remain in the area year-round and are active throughout the cold months. Others migrate south from Canada to spend their winters here. Take the dark-eyed junco. The juncos typically arrive in the eastern United States just as winter sets in, then take off for their breeding grounds in Canada before the first signs of spring, according to the Cornell Lab of Ornithology. For many birders, the arrival of the juncos means it’s officially winter.

Even some of the birds we associate with spring, like the American robin, are here all winter. We often consider the sight of a robin digging up worms a sign that spring has arrived, but the robins are here right now too. In the winter, though, these birds typically roost in trees, where they are less visible to us, according to the Cornell Lab. 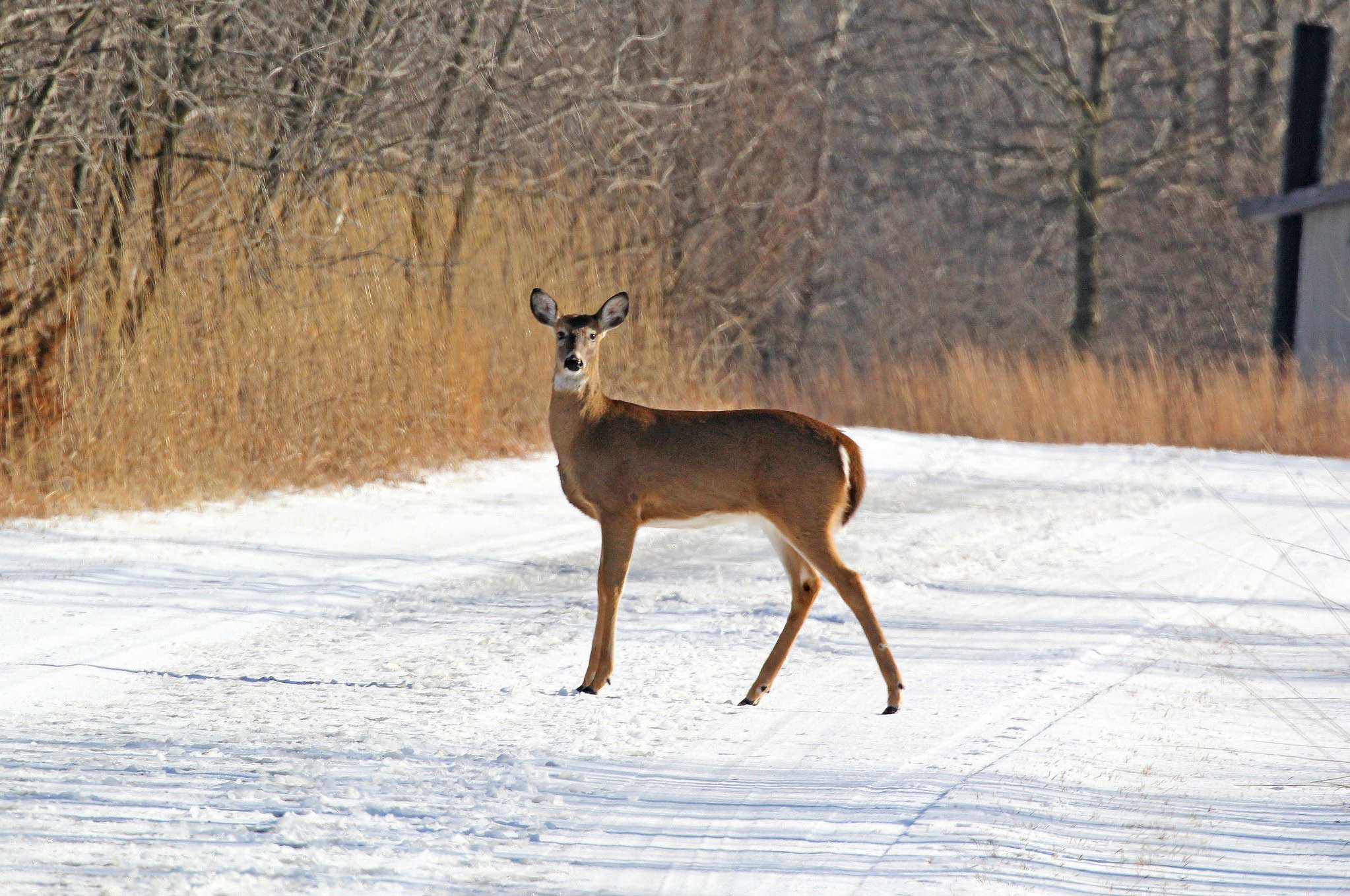 The deer that populate our lands remain here all year, but they do change their behavior in the winter as a means of survival. They typically decrease their activity levels to conserve energy, and many deer seek out wintering areas, sometimes called deer yards, where the animals gather to take cover from deep snow and high winds, according to the New Hampshire Fish and Game Department.

Deer also undergo physiological changes in the fall to prepare them for winter. Like many other animals, their bodies retain more fat in the fall. Deer also shed their coats and grow a new, thicker coat that better insulates their bodies from cold weather, according to Tufts University. Their winter coats contain longer, thicker, darker fur called guard hairs. These hairs absorb more sunlight and trap body heat more efficiently. They also produce oils that help repel water, providing protection from the snow.

When it snows, food can be more difficult to find, so deer often dig through the snow to expose the vegetation underneath, according to Wildlife Illinois. They eat vegetation such as grasses, twigs and stems all year, but in the winter they add high-calorie foods like fruits and nuts to give them more energy.